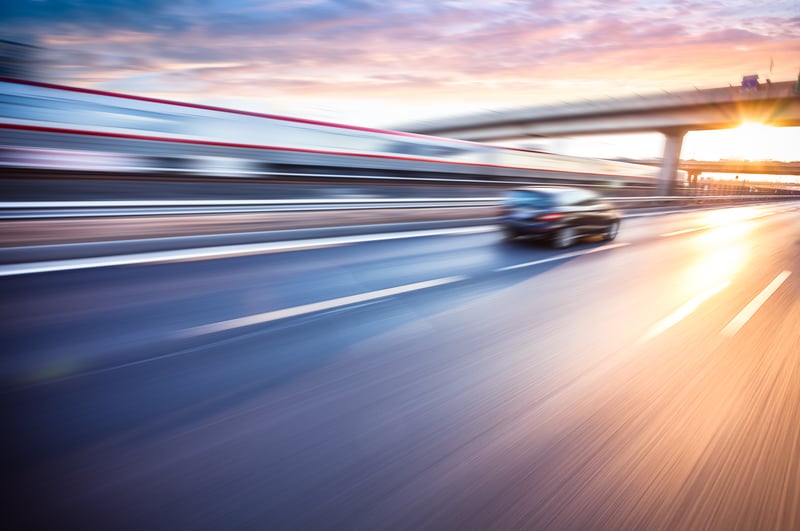 Excessive speeding during the pandemic is easily one of the most talked-about transportation issues resulting from COVID-19.  It's been a well-documented road safety concern from law enforcement agencies and safety groups including the Governor's Highway Safety Association. The GHSA says in April 2020 it was one of the first national safety organizations to sound the alarm about excessive speeding observed nationwide in the beginning of the pandemic.   In June, the California Highway Patrol reported that in 2020 its officers issued more than 28,000 speeding citations to motorists driving in excess of 100 MPH – and 9,300 more during the first four months of 2021.

Erie Insurance recently commissioned a national study to gauge drivers' attitudes and behaviors regarding speeding. Researchers say 11 percent of drivers admit to up to driving 20 or more mph over the speed limit during the early months of the pandemic.  That amounts to one in 10 drivers.  As for what they observed about other drivers, a third (33%) said it seemed like a lot more drivers than normal were speeding and of those, nearly six in 10 (57%) said they noticed more drivers going at extreme speeds.

Erie Insurance says according to the Insurance Institute for Highway Safety, high speeds make fatal car crashes more likely because it takes longer to stop or slow down and crash energy increases exponentially as speeds go up. The IIHS says that in 2019, the most recent year for which data are available, more than 9,000 deaths – or one in four car crash fatalities – occurred in speed-related crashes.

"We commissioned this survey to draw attention to the fact that speeding is one of the leading causes of preventable deaths, but the good news is that it's a problem we can all do something about," said Jon Bloom, vice president of personal auto, Erie Insurance. "It's within the power of every driver to simply drive within the speed limit. That would save literally thousands of lives each year."

So why did driver's speed so much more than normal during the early days of the pandemic? The answers vary:

While 46% of all drivers who sped much more often than normal during the pandemic said it was because they were a good driver some felt they could drive safely even at high speeds, the youngest drivers were significantly more likely than any other age group to say this. Youthful drivers seemed to be the most confident, as 71% of 18-24-year-olds felt this way, compared with only 19% of 45-54-year-olds.

The survey also asked drivers about so-called "traffic calming" measures such as lane narrowing and chicanes, which are deliberate curves put into an otherwise straight road. A narrow road with curves can be safer because drivers have to pay more attention and drive more slowly than they do on a wide, straight one where it's easier to speed, but most drivers assumed the opposite. Sixty-nine percent of drivers said straight, wide roads tend to be safer compared with only 13% who said narrow, curved roads are safer. The rest weren't sure. As for how drivers feel about these measures, nearly half of drivers (46%) oppose lane narrowing and more than a third (36%) oppose chicanes.

The survey also asked drivers to weigh in on technology that uses traffic sign recognition to adjust a car's speed as the speed limit changes. But some cars also enable the driver to set a tolerance level so their car will automatically adjust to go up to 20 mph over the posted speed limit. 17% of drivers thought that was fine and that drivers should be able to do it if they want, but 42% viewed this as dangerous because it would make it too easy for drivers to consistently go up to 20 mph over the speed limit.