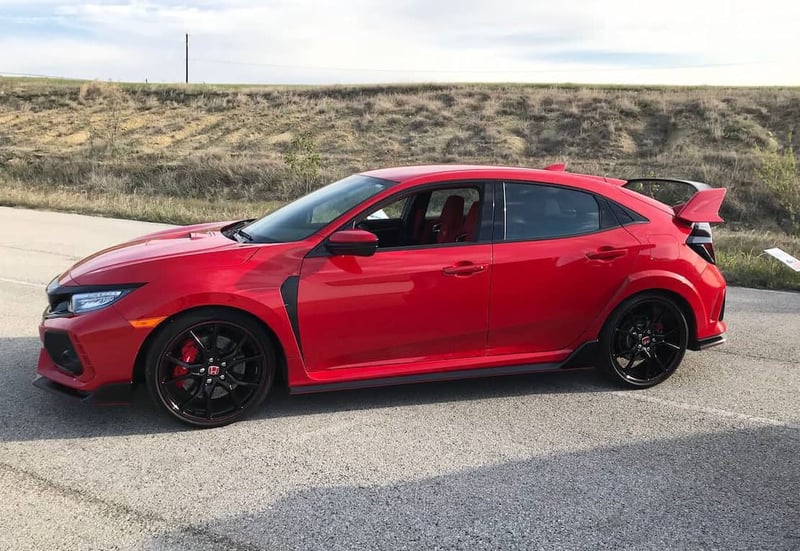 If you can’t have fun in a 2018 Honda Civic Type R -- one thing is clear. It’s not the ride. It’s you. The Honda Civic Type R is the fastest and highest-performing Honda ever sold in America, with a personality to go right along with it.  Among its many accolades, it was recently awarded 2018 Performance Compact of the year by Texas Auto Writers Association journalists at the Texas Auto Roundup.

After going on sale last June for an abbreviated 2017 model-year, the Type R’s popularity incurred a waitlist. This year, Honda plans to build about 5,000 2018 models, keeping it a car for true enthusiasts.

Consider me one of its newer fans, after taking a spin in one at the Texas Auto Roundup, an event where journalists evaluated the performance of dozens of vehicles on a raceway that included straightway, slalom and braking tests.

The 306-horsepower performance beast in Ralleye Red lived up to its hype, taking corners with the rush of adrenaline that left me wanting more.

As impressed as I was with my driving skills as I gleefully hugged the corners and maneuvered a slalom course, Honda's West Coast PR Manager Davis Adams admittedly put me to shame when he took a turn. As you'll see in the video below, he unleashed what the Type R can do when someone well-trained in its many virtues takes it around a course.

Under the hood, the Type R sports a turbo 2.0-liter engine. It cranks out 306-horsepower and 295 pound-feet of torque. A 6-speed manual sends power to the front two wheels through a helical limited-slip differential.  Fuel economy is 22 city/28 highway/25 combined (premium fuel is not required but recommended.) So how much will you pay for this performance package? The MSRP as of May 1, 2018, gives it a sticker price of $35,595 including destination charges.