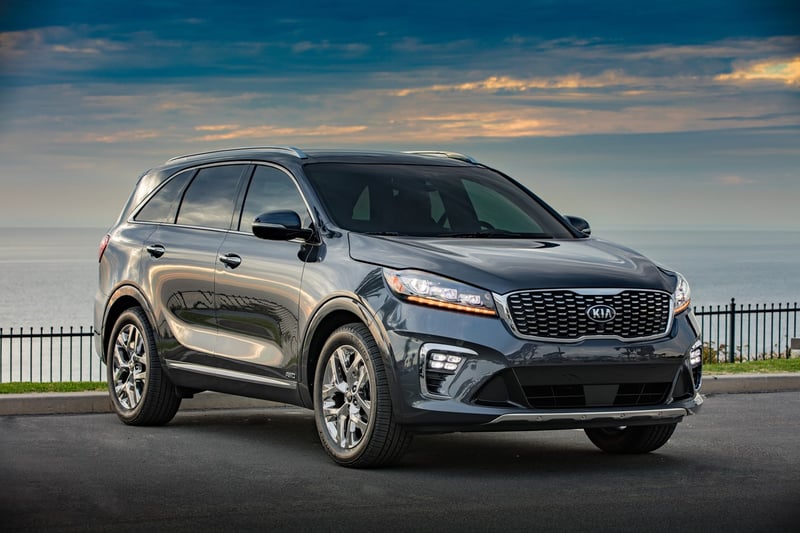 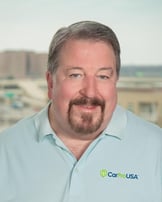 NOTE:  I bring you this list annually because many of you believe in this study. I warn you, however, that for me, this study should not be used as the whole criteria for choosing a vehicle. My issue is that the rankings are based on the number problems per 100 vehicles. The problem is a broken radio knob counts as one problem, and a complete transmission failure also counts as one problem. Keep that in mind.

There's been quite a shuffling of the top-ranked brands in this year's redesigned J.D. Power Dependability Study.   Korean brands now dominate the list, with Kia, Hyundai and Genesis taking three of the top four spots, while both Lexus and Porsche are out of the top three.  Lexus fell from number one in 2021 to number six. Porsche, which ranked second last year, drops to number seven (though the 911 retains its number one dependability status among models.) Cadillac falls from six to ninth place.   On the other hand, Buick moved up from the 5th spot to 2nd in the list of brands with the fewest reported problems after three years of ownership.

“Many owners are holding on to their vehicles longer, so long-term dependability is even more critical,” said David Amodeo, director of global automotive at J.D. Power. “Some automakers are performing much better than others at preventing problems from occurring. These problems include the vehicle’s mechanicals, exterior and interior—but also infotainment systems, driver assistance systems and all the other electronic systems in today’s vehicles.”


J.D. Power says the study, now in its 33rd year, was redesigned for 2022 to include all of the features and technology that are available in current vehicles.  The study covers 184 specific problem areas across nine major vehicle categories: climate; driving assistance (new in 2022); driving experience; exterior; features/controls/ displays; infotainment; interior; powertrain; and seats.

Also new for 2022, J.D. Power says the study now measures owner satisfaction with the vehicle’s condition after three years of use; whether owners find their vehicle as appealing now as when they first bought it; and what software updates have been made to the vehicle.

“Automakers are increasingly looking at owners’ relationships with their vehicles as having similarities to other consumer technology,” Amodeo said. “For instance, cellphones update all the time with over-the-air software releases and, increasingly, automakers must take advantage of this approach to fix problems, improve features and add capabilities to keep owners satisfied. Automakers that are able to do this best will have a huge advantage.”

Following are key findings of the 2022 study as outlined in the J.D. Power press release:


Kia ranks highest overall in vehicle dependability, with a score of 145 PP100. This is the first year Kia leads the overall ranking after ranking third overall in 2021.

“The results of this year’s J.D. Power Vehicle Dependability Study substantiate Kia’s unrelenting commitment to the quality, durability and craftsmanship of our award-winning vehicle line,” said Sean Yoon, president and CEO of Kia North America and Kia America.  “Furthermore, the Sorento’s category win speaks to the world-class ownership experience we deliver to our customers.” 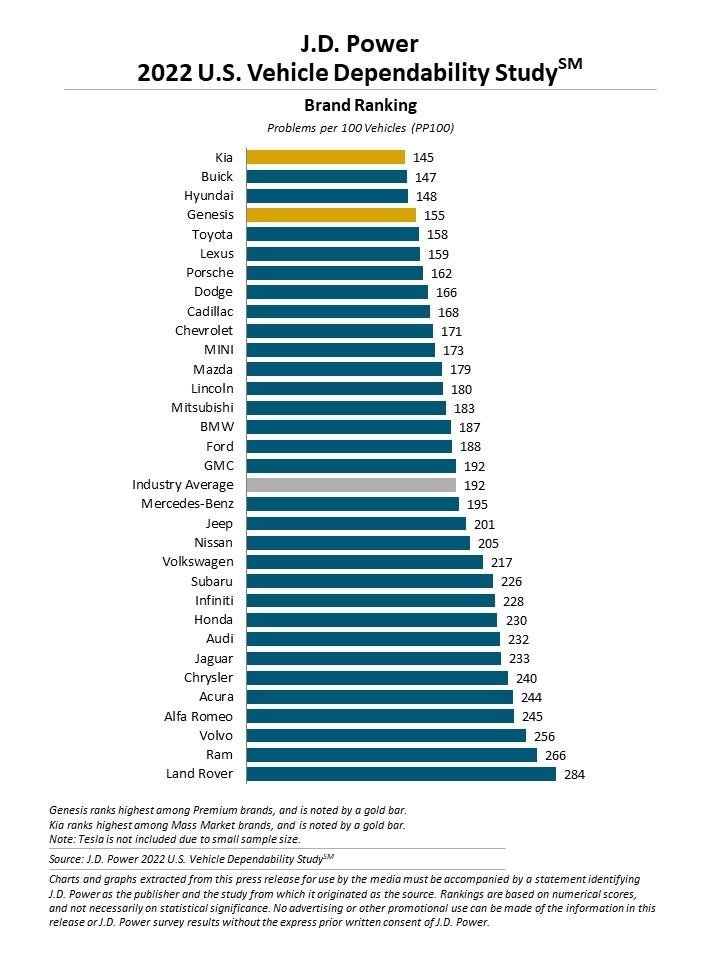 Chart above published by J.D. Power with data from its 2022 U.S. Vehicle Dependability Study in  which it originated as the source. For a list of model rankings by segment click here.


The 2022 U.S. Vehicle Dependability Study is based on responses from 29,487 original owners of 2019 model-year vehicles after three years of ownership. The study was fielded from July 2021 through November 2021.