Why Some Used Cars Cost More Than New Ones 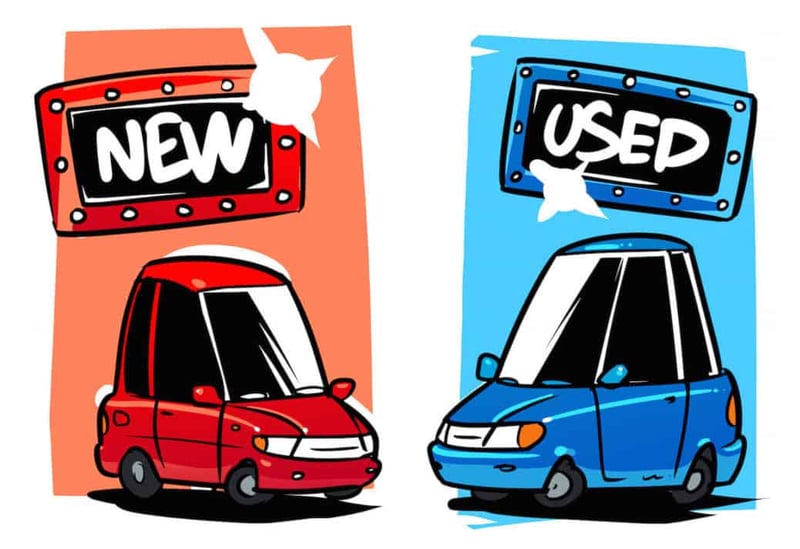 A recent Car Pro Show caller wanted purchase a factory certified one or two-year-old pickup, and wanted my advice on which one to purchase. My answer was "get a new 2018, it will probably be cheaper". I could tell by his pause he doubted my answer, and I am sure many of you reading this may be, too.


Dealers are sending their buyers to auctions all over America with instructions to pay whatever it takes to be high bidder, there are simply not enough used cars around to keep dealers' lots full. Even before the current car shortage, for this to make any sense to you, you really have to understand the structure of a new car dealership. In most metropolitan dealerships, you have an Owner, a General Manager (although some owners serve both positions), a General Sales Manager, new car sales manager(s), used car sales manager(s), and a finance director with finance managers under him or her. Today, most dealerships have an Internet manager to watch over incoming leads, and then there are other department heads for parts, service, and body shop.

In early January of each year, every department head in a dealership must present to the Owner/General Manager a month-by-month yearly forecast for his or her department. Trust me on this; no GM wants to see a manager forecast fewer sales for the coming year than he or she had the prior year. In addition to that, at the beginning of every month after January, everyone sits down to update his or her monthly forecast, since market conditions change through the year. Each manager is expected to submit an accurate forecast and expected to achieve the numbers he or she committed to. Essentially, the new car manager is trying to hit his or her forecast, and the used car manager is trying to do the same. They are usually not concerned about whether the other one makes his or her numbers or not. They are not working against each other, but as is human nature, they are looking out first for themselves.


Inventory levels can make or break whether you hit your forecasted numbers or not. The used car manager struggles with this since he or she can't order used cars from the factory like the guys and gals on the new car side can. In the used car department, inventory comes from two places: trade-ins or purchases. A general rule of thumb is if a used car manager forecasts sales of 200 units, it will take 300 in inventory to make a forecast. If the dealership is not trading for enough cars to meet the required stocking level, it's off to the auction, where the used car buyer is bidding for used vehicles against other used car managers in the same position, and as we know, you can't sell apples out of an empty cart. This is one of the main drivers of why the used car market has been so high for so long, and why auction prices are extremely high.

I have literally seen used car managers at auction pay more for a used vehicle with 15,000-20,000 miles than the dealership is selling brand new ones for. Sounds strange I know, but the used car manager must have inventory.


Next, you must look at consumer buying habits. So much of what drives car-buying habits is what someone's parents taught him or her growing up. A good portion of people have a mindset that buying a slightly used vehicle saves them money, and that is all they shop for. With the advent of the Internet, where there are a ton of sites to shop only used cars, some people only shop those sites. Some people go to a dealership's website and only look at the used car inventory and prices. The opposite is true, too, that a portion of people only spend their shopping time looking at brand new vehicles. Hopefully, you can see how easy it would be for someone who only shops used vehicles to walk into a dealership and pay more for a used vehicle than he or she could get a brand new one for: they chose to not shop new car prices and incentives.


In closing, be aware that not all used vehicles sell for top dollar as compared to a new one. Slow-selling vehicles can almost always be bought substantially cheaper than a comparable brand new one. If you look at the top-20 best selling new cars, you can bet that they are also extremely popular and in demand as used, and you should see what you can buy a new one for.