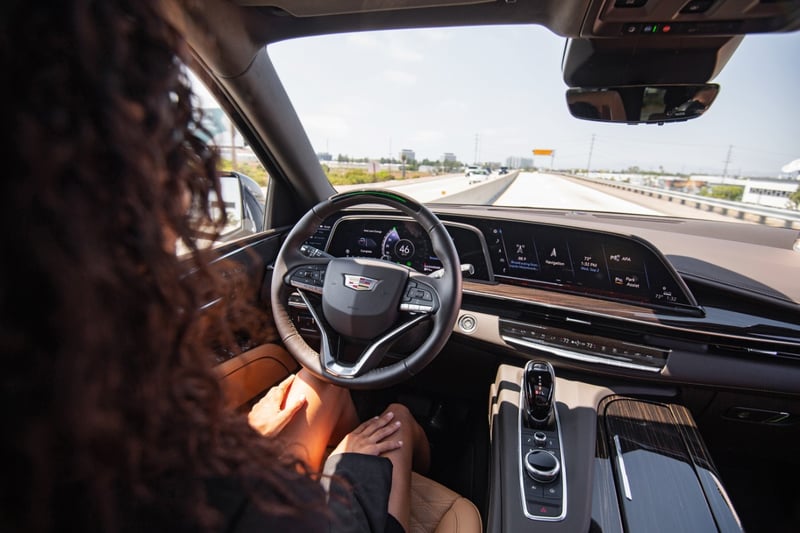 These days when you buy a new vehicle it's likely to come with or offer Driver Monitoring Technology. And no these aren't systems that track your vehicle's location - but track driver attention.  The technology, which is called different things by different automakers, is designed to make sure a driver's eyes stay on the wheel - and to alert them if they don't.

The whole goal of these systems is to reduce crashes caused by drivers who aren't paying attention, which is becoming a real problem in the age of semi-autonomous driving. The American Automobile Association says since the introduction of Advanced Driver Assistance Systems (ADAS), there have been numerous instances of drivers misusing the systems by watching videos, working, sleeping, or even climbing into the backseat. As is obvious, all of those unsafe activities require a taking ones eyes off the road.


There are two types of driver monitoring systems: one uses a driver-facing camera that watches the face, and the other monitors steering wheel movements.

The question is how well do these systems work in detecting driver engagement? That's the question AAA set out to answer in new real-world testing.  It tested four popular makes and models in real-world conditions on a California highway to evaluate these systems’ effectiveness - two with camera systems and two with steering wheel motion sensors.

Their finding?  Driver-facing camera systems are best at keeping motorists focused on the road. But AAA warns that the technology is not foolproof, and a driver determined to cheat the system can defeat it.

“The key to a safe active driving assistance system is effective driver monitoring that can’t be easily tricked,” said Greg Brannon, director of AAA’s automotive engineering and industry relations. “Vehicle technology has the potential to improve roadway safety, but the last thing we want are ineffective features in the hands of uninformed or overconfident drivers.”


In comparing the two technologies, AAA citing the following test findings in its release:

“Regardless of brand names or marketing claims, vehicles available for purchase today are not capable of driving themselves,” said Brannon. “Driver monitoring systems are a good first step to preventing deadly crashes, but they are not foolproof.”

AAA found that vehicles equipped with camera-based driver monitoring systems were significantly better at preventing each type of tested distraction scenario by issuing alerts faster and more persistently than a steering wheel system, no matter the external lighting conditions. On average, the percent of time test drivers were forced to focus on driving was five times greater when facing a camera than with steering wheel input.

Researchers say both driver monitoring types were prone to being intentionally fooled, although those using a camera were harder to trick. AAA test drivers attempted to stymie monitoring system alerts with periodic head or eye movement and manipulating the steering wheel. Each driver was given the discretion to develop their cheat strategy, and it should be noted that no external devices, tools, or aids were used.


AAA says it recommends that automakers opt for camera-based driver monitoring systems over steering wheel monitoring. However, AAA warns that the systems aren't perfect and still need more work to prevent driver distraction and misuse. AAA also says before releasing its report,  it met with automakers to share the results of its testing experience and specific recommendations for improvement.

AAA is also continuing to urge automakers to adopt an industry standard naming convention , for vehicle technology to prevent drivers from misunderstanding the capabilities of catchy, marketing-driven branded names for popular systems.

AAA selected four vehicles for testing, choosing two of each driver monitoring design type, camera-equipped and input from the steering wheel. The vehicles were as follows:

AAA says it procured the vehicles directly from the manufacturer or specialty rental fleets. AAA chose the test route due to its consistent traffic volume moving at or near the posted speed limit of 65mph to make the testing as safe as possible.

Active driving assistance, which is classified as Level 2 driving automation on SAE International’s scale of Level 0 to Level 5 and includes lane-keeping assistance and adaptive cruise control, provides the highest level of automated vehicle technology available to the public today. It also means that constant driver supervision is required. Most drivers will only interact with vehicle automation through these systems, which according to previous AAA research, are far from 100% reliable.