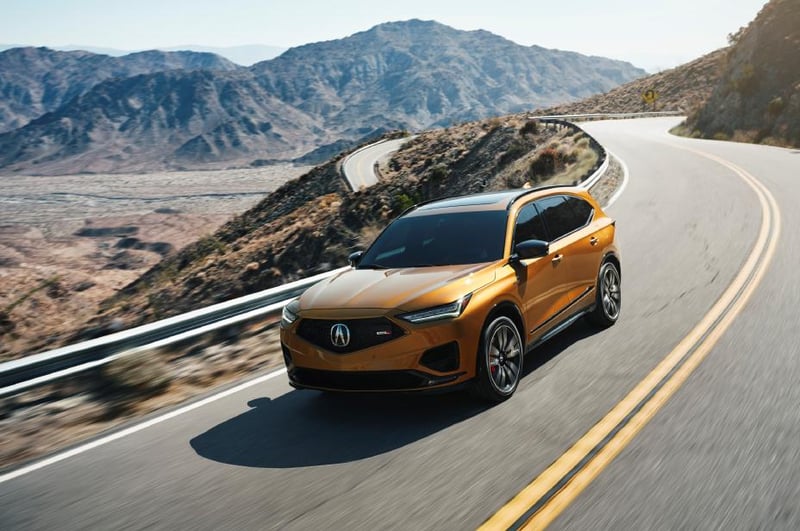 The most powerful SUV ever offered by Acura hits the road soon. The first-ever MDX Type S is expected to arrive in December and the automaker calls its flagship SUV the best handling and most lavishly equipped Acura SUV ever. The high-performance 355-horsepower SUV is priced starting from the high-$60,000 range. The top-of-the-line Advance trim includes Acura's first-ever massaging front seats, a 25-speaker sound system and the first air suspension on an Acura vehicle.

The MDX Type S also sets itself apart from the rest of the lineup with some unique design features. Up front, the model wears an exclusive front splitter and an open-surface Diamond Pentagon grille that Acura says increases air flow allowing about 10% more air to enter the engine bay. Side vents flanking the grille route air to a sub-radiator on each side of the engine compartment also help with cooling. In the rear, MDX Type S features a diffuser flanked on each side by two large round exhaust outlets.  As with TLX Type S,  you can opt for the Type S-exclusive, Tiger Eye Pearl paint.

The Type S rides on exclusive 21-inch alloy wheels painted Shark Gray, or Berlina Black with a machined finish on the Advance Package. Acura says the wheels feature resonators to reduce road noise. They're wrapped in 275/40ZR21 Continental ContiSeal tires, the first self-sealing tires ever fitted to an Acura product.

The Turbo V6 under the hood was created exclusively for Acura Type S models. The all-new, 24-valve, DOHC 3.0-liter V6 engine produces 355-horsepower and 354 lb.-ft. of torque with direct-injection and a single twin-scroll turbocharger.  It makes the 2022 MDX Type S the quickest and most powerful Acura SUV ever.

Acura says the engine was developed by some of its most experienced powertrain engineers, including members of the team that developed the NSX's bespoke twin-turbocharged V6 hybrid power unit, the engine debuted on the TLX Type S earlier this year.

The engine is mated to an updated 10-speed automatic. Acura says it was reengineered to  match the new engine's added torque of the new engine,  and that the transmission is now stronger and shifts more quickly. As you'd imagine, Acura's Super Handling All-Wheel Drive with torque vectoring is standard on the MDX Type S.  The system, now in its fourth-generation, can send up to 70 percent of the engine's torque to the rear axle, and distribute 100 percent of that torque to either the left or right rear wheel.

Acura says for Type S, dampers use exclusive valve rates to give the SUV a sportier feel with more feedback in all seven drive modes of the Integrated Dynamics System. In addition to Normal, Comfort, Individual, Snow, Sport and the Type S-exclusive Sport+ mode, MDX Type S features a new Lift mode that increases ground clearance 2-inches to better navigate rough terrain and deep snow. To improve balance and handling, the battery has been relocated from under the hood to the cargo area. 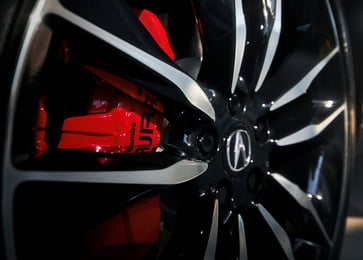 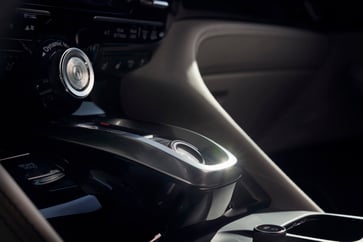 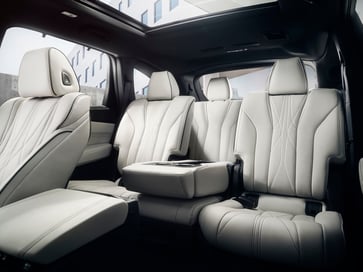 First developed for the second-generation NSX, Acura says its electric-servo braking system is retuned to give MDX Type S a brake pedal stroke similar to the supercar's. Standard on all MDX models, the system allows engineers to precisely control the brake pressure electronically to finely tune a vehicle's brake pedal force.

The MDX also offers a new front and rear low-speed braking system that uses sonar-based parking sensors to sense solid objects at low speeds and warn the driver or apply the brakes to help avoid or mitigate a collision. When the vehicle is driving forward or reversing between 1 and 6 mph, the system can detect objects in front of or behind the vehicle and assess if there is danger of a collision. If an object is detected, the system provides visual and audible alerts, and applies throttle control and braking. 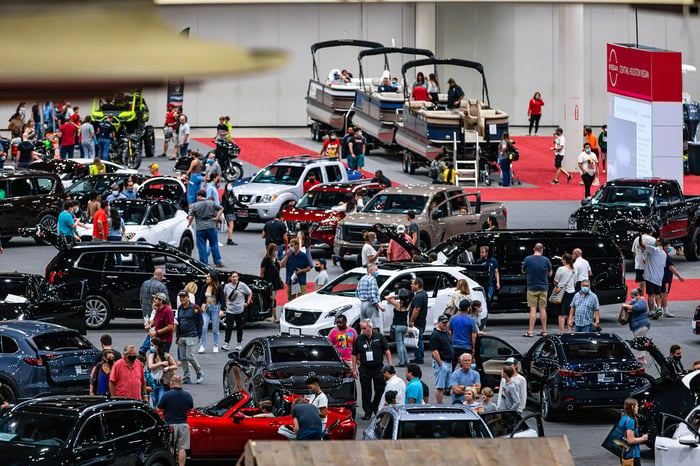