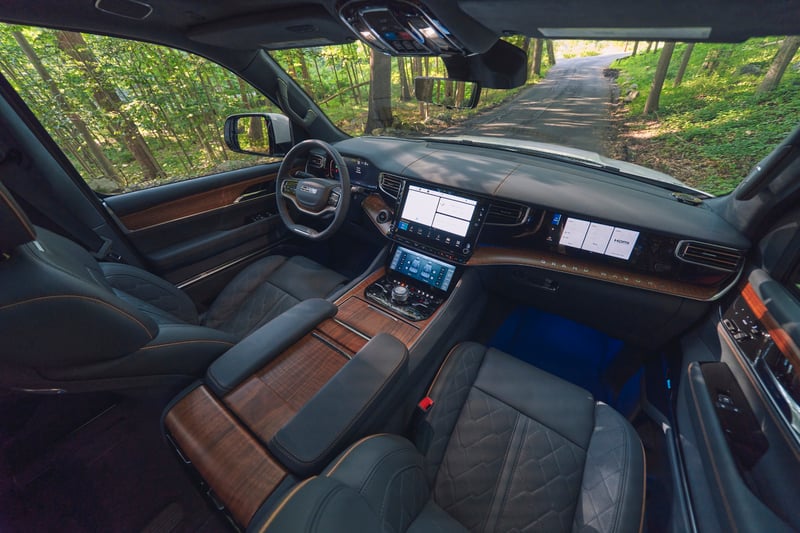 There is arguably perhaps no better place to see how technology is changing our lives than in our vehicles. There are so many new or improved automotive innovations each year. To sort through some of the best ones of the year, we turn to Autotrader's Best New Automotive Technology for 2022.  As you'd imagine electric vehicles make the list, but so too does smartphone automotive tech, semi-autonomous driving systems and more.

"Technology has a growing and irreversible impact on the automotive sector, with new advancements being introduced at a rapid pace," said Brian Moody, executive editor for Autotrader. "An industry once primarily driven by mechanics is now an industry largely driven by technology and virtual environments. New-vehicle tech features are a major differentiator among the various automakers, and tech offerings can be a deal maker or breaker as consumers consider specific new models. Car shoppers now expect more and more advanced tech features, on even low to moderately priced cars."

Autotrader's Best New Automotive Technology for 2022, as shared in a press release, is listed below (in alphabetical order/unranked):

The Polestar 2 is first vehicle on market to feature a new Google-developed infotainment system. Credit: Polestar.

Autotrader says:  The electric Polestar 2 is the first car to use the new Android Automotive OS. Not to be confused with Android Auto, this new OS is a system developed by Google and open to third-party developers. It has integrated Google apps like Google Maps for navigation and Google Assistant. Just say "Ok, Google" to initiate voice commands, and Google Assistant can help you with music, maps, climate control, and much more. Not to worry if you don't have an Android phone – this system also has wireless Apple CarPlay.


Autotrader says :  While electric pickup trucks have been on the horizon for a while, today they are more realistic than ever. Some of them are still in concept phase - like the Tesla Cybertruck and a Nissan concept pickup - but the Ford F-150 Lightning and Rivian R1T both will begin deliveries in 2022. You may even spot a GMC Hummer EV in driveways by the end of 2021. Electric pickups have a few big advantages over more traditional gas-powered trucks, including the fact that electric torque results in impressive capabilities and exciting performance. Some clever features are available, like Ford Intelligent Backup Power, which allows you to use the Ford F-150 Lightning as a generator.


Autotrader says:  Hot-rodders have long used crate motors to put a modern engine in a project car or racecar, but now the crate motor scene is being shaken up by the availability of electric crate motors like the Chevrolet Performance eCrate and the Ford Performance Eluminator. It's not just legacy brands getting in on the action – new startups like Electric GT and reVolt are specializing in this niche market. EV crate motors can be used in your vehicle restoration project, for adding extra performance to your Tesla, or just about any other application you can imagine. 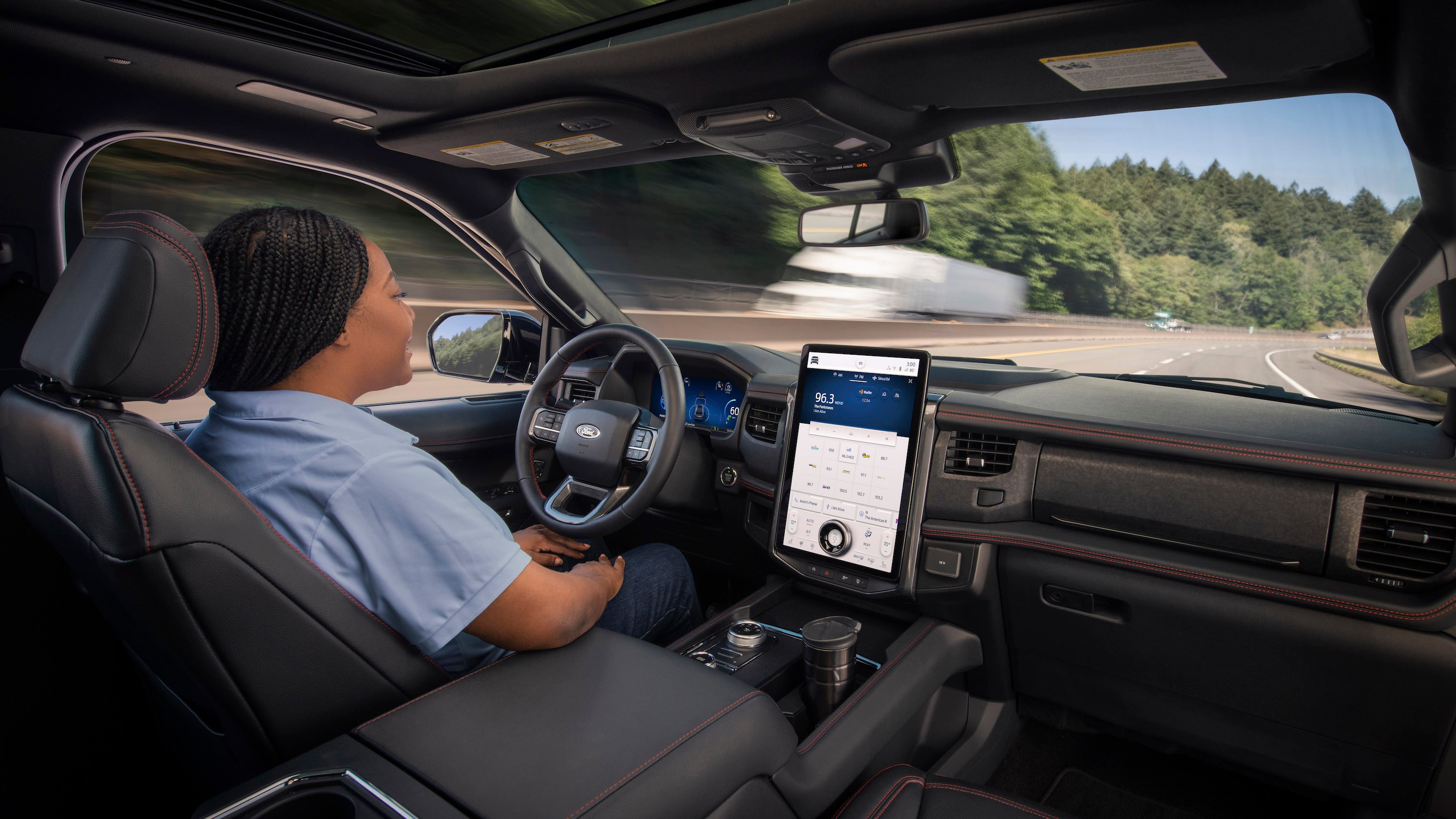 Autotrader says:  BlueCruise is Ford's rival to the GM Super Cruise system. When driving on a highway mapped by Ford, BlueCruise can take over and you can take your hands off the wheel and your feet off the pedals. However, it isn't quite fully automated – you still need to stay alert behind the wheel with your eyes on the road, even though it does make highway driving safer and more relaxed. The Ford BlueCruise hands-free driving system is available in the 2022 Ford F-150 and the 2022 Ford Mustang Mach-E. For other eligible Ford vehicles, an over-the-air update with BlueCruise will drop in the first quarter of 2022.


Autotrader says:  While custom upfitting of trucks and vans is nothing new, it has been getting crazier and more high-end recently. A popular trend in the upfitting world is overlanding, which essentially is off-roading over long distances for a long time. Custom upfits facilitate overlanding with upgrades like roof racks loaded with gear, built-in tents, and in extreme cases with custom vans, built-in beds and appliances to make it like an all-terrain RV. With custom upfitting, the limitations are as high as your budget and your imagination.


Autotrader says:  For many years, motorists have had the option of controlling or monitoring some aspect of their car via remote control, with features like locking/unlocking their car or remote start. The 2.0 version of this tech is simply using a smartphone as the key for the entire car. While Apple and BMW currently offer this tech, along with Mercedes-Benz, the Ford Mustang Mach-E, and a few others, now more and more affordable vehicles are beginning to offer this feature. Hyundai offers it on the Sonata and other models for Android users, but we suspect the offering will grow to more platforms and models over time. The concept is simple – your smartphone is all you need to gain entry, start and drive the car, as well as lock and unlock your car. You also can share your car key with someone else virtually, like a virtual valet key.

Autotrader says:  A Passenger Interactive Display is a newly available feature in high-end Jeep models like the Grand Wagoneer. It's a 10.25-inch screen above the glove compartment offering the front passenger different ways to enjoy the ride. It can give the passengers GPS coordinates, control over the audio and rear entertainment system, and even a view of the vehicle's cameras. Jeep models keep getting more luxurious and high-tech without compromising off-road capability. This is another step in high-end Jeeps becoming genuine luxury SUVs that can compete with the likes of Land Rover.


Autotrader says:  LED lighting is a great way to make a classic car a little more modern – it not only improves the look of the vehicle, but it dramatically improves visibility. Upgrading to HID headlights is a little complicated, with transformers and extra wiring involved. However, upgrading to LED is a straightforward plug-and-play process since they don't require much wattage. This has become such a popular upgrade that a few online retailers specialize in it. Sites like Dapper Lighting and Vintage Car LEDs can sell you LED lighting designed for your classic car, so it isn't an obvious modification. 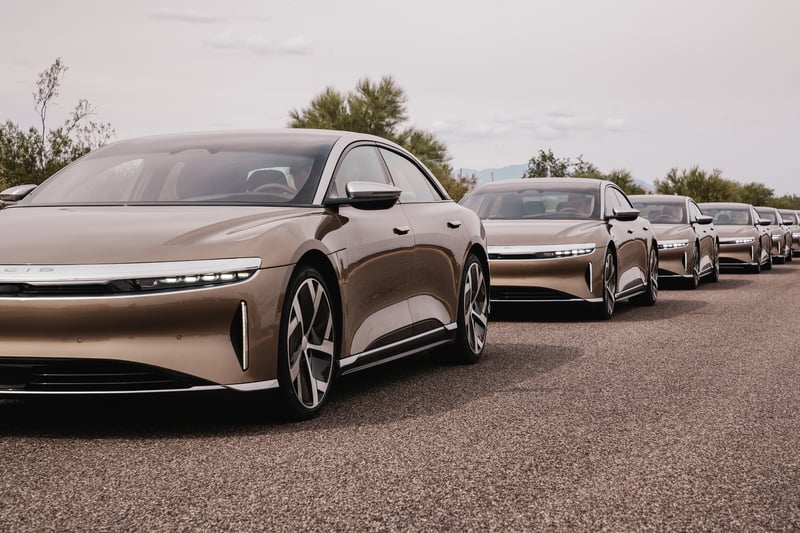 Autotrader says:  While naysayers once dismissed it as "vaporware," the Lucid Air has finally reached production. This electric luxury sedan is a serious competitor to the Tesla Model S, Porsche Taycan and Audi e-Tron GT. On paper, the Lucid Air beats the Tesla Model S at its own game in terms of range and performance, producing up to 1,111 horsepower with a maximum range of a whopping 520 miles. With a starting MSRP under $80,000, it's also relatively reasonably priced compared to its competitors. On top of its thrilling electric powertrain, the Lucid Air boast a luxurious interior with high-tech features like a 34-inch, 5K Glass Cockpit display, over-the-air updates, the DreamDrive suite of driver assistance features, a sleek mobile app and more. 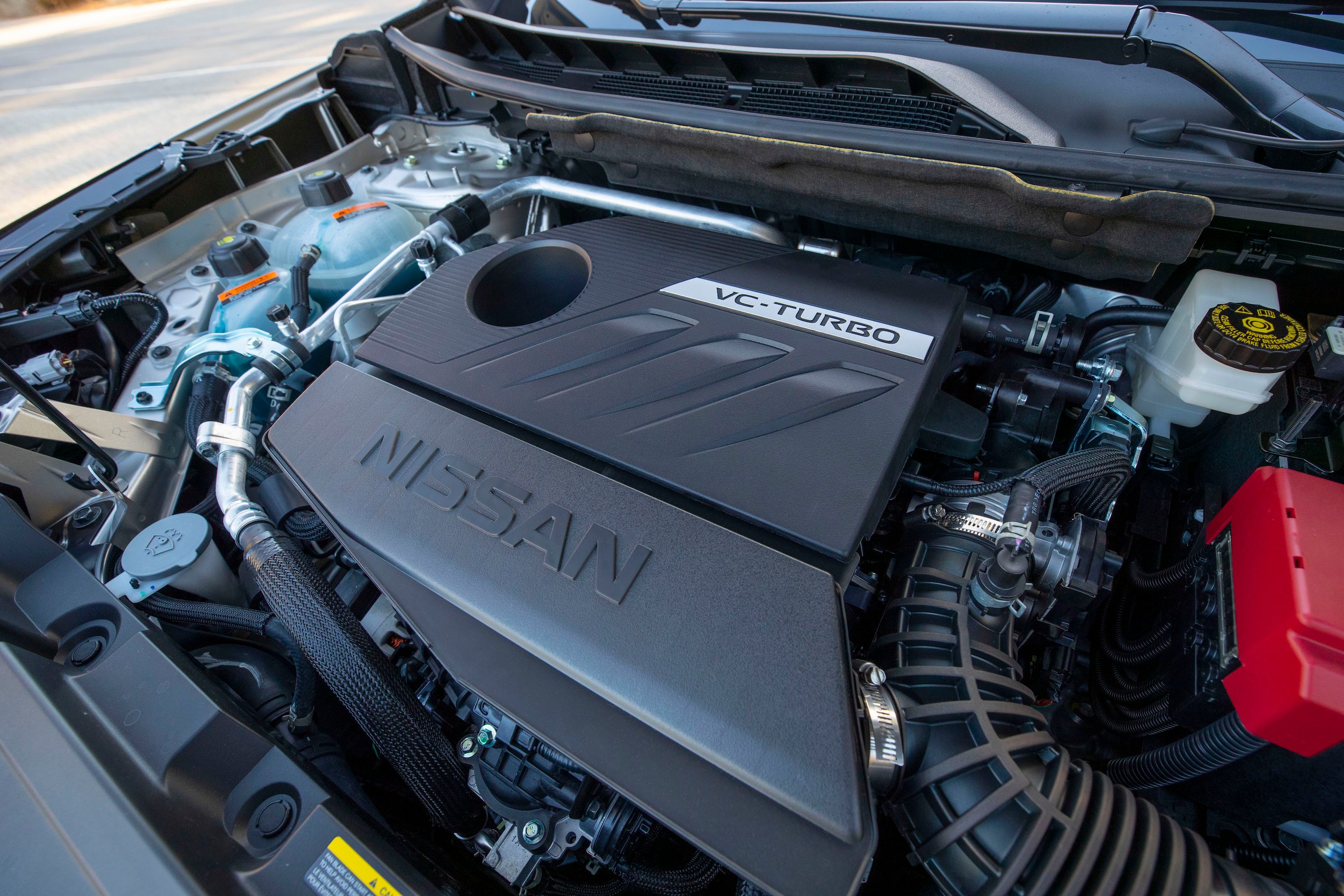 Autotrader says: Gasoline engines are continuing to become cleaner and more efficient. Nissan's innovative variable compression turbocharged engines have been around for a few years in the Nissan Altima and Infiniti Q50. Now Nissan just introduced a new version of the VC-Turbo as the base engine of the popular Nissan Rogue. It's the first 3-cylinder VC-Turbo engine, delivering 20 more horsepower, 44 more lb-ft of torque, and an improvement of three combined mpg compared to the outgoing engine in the Rogue. This engine's clever engineering changes the compression ratio while you're driving, meaning performance is better when you punch it and efficiency is optimized during highway cruising. The result is a well-balanced, fuel-efficient engine, and we hope to see it in more Nissan models soon.

For more information and details about the Best New Automotive Technology for 2022, visit AutoTrader here.