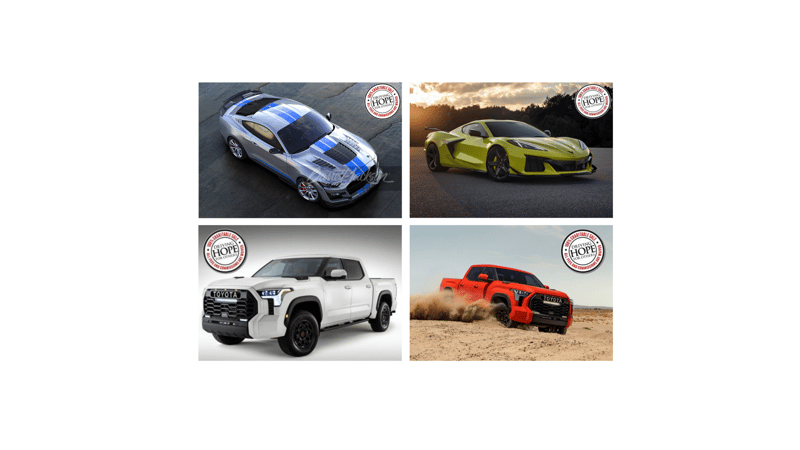 Barrett-Jackson Scottsdale is underway in Arizona this week and what a week it's shaping up to be with the celeb vehicles slated to cross the block as well as a newly announced 2019 McLaren Senna 'Final Order'. There are a number of notable charitable vehicles that are sure to draw a crowd this Friday and Saturday. They include the first retail production 2023 Corvette Z06,  two 2022 Toyota Tundras and the first production version of the new Ford Shelby GT500KR Mustang.

“Supporting philanthropic initiatives is the very foundation of Barrett-Jackson,” said Craig Jackson, chairman and CEO of Barrett-Jackson. “Over our 50-year history, we have helped raise more than $135 million for many nonprofit organizations doing exceptional work in our communities and we look forward to continuing these all-important efforts in Scottsdale with the auction of these new hybrid trucks from Toyota to benefit the Toyota U.S. Paralympic Fund.” 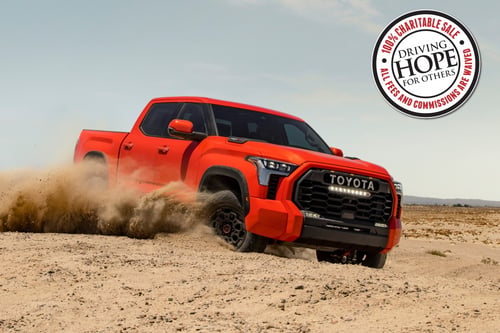 The VIN 002 2022 Toyota Tundra TRD Pro CrewMax Pickup is  one of the first two Toyota hybrid pickups to be sold in North America. The 4×4 pickup’s i-FORCE MAX powertrain is a completely new hybrid system for Toyota that places an electric motor generator unit between the new 3.5-liter twin-turbo V6 engine and 10-speed automatic transmission. Features include electronically controlled locking rear differential, Multi-Terrain Select (MTS) and Crawl Control (CRAWL), off-road suspension with FOX shocks and a 1.1-inch front lift, a 5.5-foot bed and maximum towing capacity of 11,170 pounds. Featured in a September 2021 reveal, the Tundra TRD Pro is most off-road capable model in the Tundra lineup. This pickup will cross the block on Friday, January 28 at approximately 6:30 p.m. 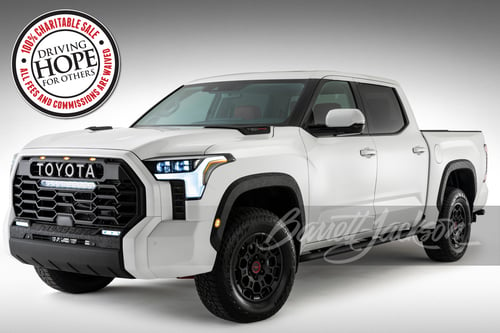 The VIN 001 2022 Toyota Tundra Hybrid Capstone CrewMax Pickup will cross the auction block on Saturday, January 29 as at 4:30 PM MST. As the newest flagship of the Tundra lineup, this auction will be for VIN 001 of the all-new, luxurious Capstone grade. Configured as a 4×4 CrewMax with a 5.5-foot bed, Capstone is powered by the new hybrid i-FORCE MAX powertrain that produces 437hp and a massive 583 lb.-ft. of torque! It comes loaded with unique chrome accents, standard 22-inch chrome wheels, standard luxury-grade leather, side acoustic glass for noise reduction, large 14-inch multimedia touchscreen, 10-in. color heads-up-display, power steps, panoramic moonroof and much more.

The auction proceeds will benefit the Toyota U.S. Paralympic Fund, a first-of-its-kind program that we launched last year in an effort to further support Team USA’s Paralympic athletes as they pursue their sport dreams.” 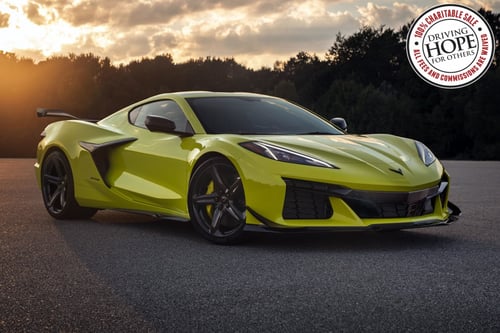 “We have a longstanding tradition of selling VIN 001 and first-production vehicles at our auctions to benefit many charities doing exceptional work in our communities,” said Craig Jackson, chairman and CEO of Barrett-Jackson. “Over our 50-year history, we’ve helped raise more than $135 million to date and these highly collectible vehicles like this Z06 in Scottsdale have played a large role in this. We’re honored to once again set the stage for another monumental moment in automotive history with 100-percent of the hammer price of this first retail production Z06 going to Operation Homefront.”

The new Z06 70th Anniversary Edition is equipped with an all-new 5.5-liter LT6, the highest-horsepower, naturally aspirated V8 to hit the market in any production car, ever. An all-new flat-plane crankshaft design entices drivers to push the tachometer to 8,600 rpm, creating 670hp. With 12 available exterior colors, seven interior colors and seven available wheel packages, the 2023 Corvette Z06 is the most bespoke Corvette yet. 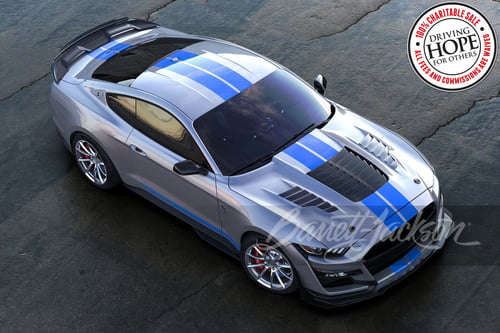 Also joining the first-in-series club at Scottsdale will be the first production version of the new Ford Shelby GT500KR Mustang the company is releasing to celebrate its 60th anniversary in 2022. Available on 2020-2022 Shelby GT500 Mustangs through Shelby American, the new “King of the Road” package will boast 900+ horsepower, dry carbon fiber hood, new wheels, tires, suspension tuning and more. Only 180 total (60 per model year) will be available in the U.S. with another 45 overseas. Proceeds from the sale will benefit the Carroll Shelby Foundation and the Juvenile Diabetes Research Fund (JDRF).

Read about more vehicles being auctioned for charity including a 2022 Karma here.

All Times Are Central