Best And Worst Days To Buy Your Gasoline 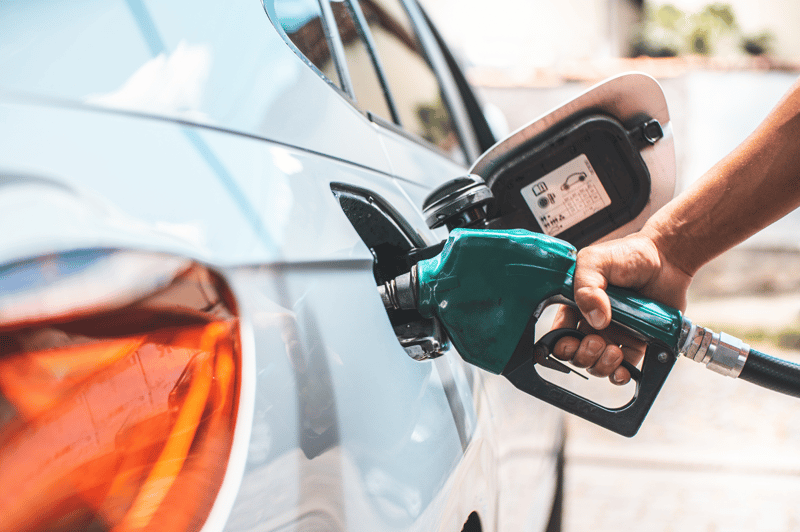 As you've probably noticed while filling up recently, prices at the pump are on the increase. According to AAA, the national average price for a gallon of gas rose sharply last week to $3.48, up four cents from the week prior. AAA attributes the high cost of crude oil as the main culprit. In addition to that, there's also an increase in demand for gas due to moderating winter weather and optimism over a potential fading of the omicron variant.

“More drivers fueling up here coupled with a persistent tight supply of oil worldwide provides the recipe for higher prices at the pump,” said Andrew Gross, AAA spokesperson. “And unfortunately for consumers, it does not appear that this trend will change anytime soon.”

According to GasBuddy, gas prices are now about 50% higher than they were a year ago and forecast to potentially hit $4 per gallon in the coming months. One way to save at the pump is to fill up on days when it's typically cheaper to do so.  GasBuddy's new study looks at the best and worst days to fill up at the pump in order to maximize savings.

Best Day to Save Money: Monday


Filling up on Monday is the cheapest day to do so in a majority of the U.S.  GasBuddy research shows that the first day of the week offers the lowest average gas prices in the majority of the U.S. -- 17 states including Illinois, Michigan and Virginia.   Monday was also the best day to buy gas on GasBuddy's 2017, 2018 and 2019 studies.

In 2021, Friday became the second best day to save money -- a change from when it was one of the most expensive days of the week in 2019.  Researchers say it can perhaps be attributed to the ongoing COVID-19 pandemic and the emerging prominence of work from home lifestyles.

(Neither Monday or Friday are the best days to save in Texas or California. According to GasBuddy's results, it's Sunday.) 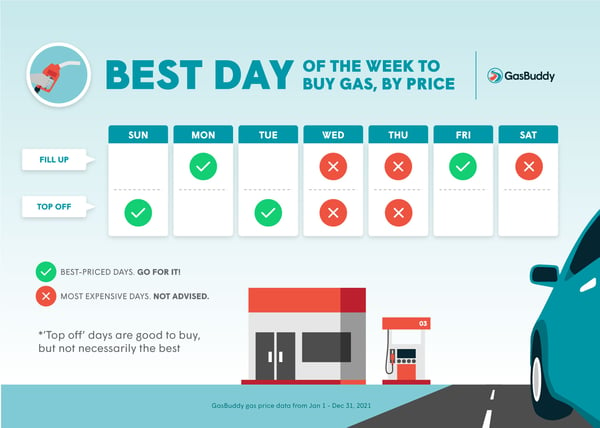 Worst Day to Save Money: Thursday


Adversely, you'll likely want to steer clear of gas stations on Thursday.  It's the most expensive day to buy gas, followed by Wednesday. GasBuddy says in 2021, the middle of the week became far more expensive to fill up than on Mondays or Fridays.

“When it comes to saving money at the pump, Monday becomes more than the dreaded end of the weekend. GasBuddy analyzed gas price data and found that the first day of the work week offers the lowest average gas price in 17 states, making it yet again the best day to fill-up,” said Patrick De Haan, head of petroleum analysis at GasBuddy. “Though there is variation in daily gas prices across different states, the consensus is that filling up at the beginning or end of the work week, on Monday or Friday, is the best way to save money. Following Monday, Sunday is the cheapest day to fill-up. But even if you can’t always time your fill ups, the golden rule is to always shop around before filling up.”

You can check out GasBuddy's state insights here.