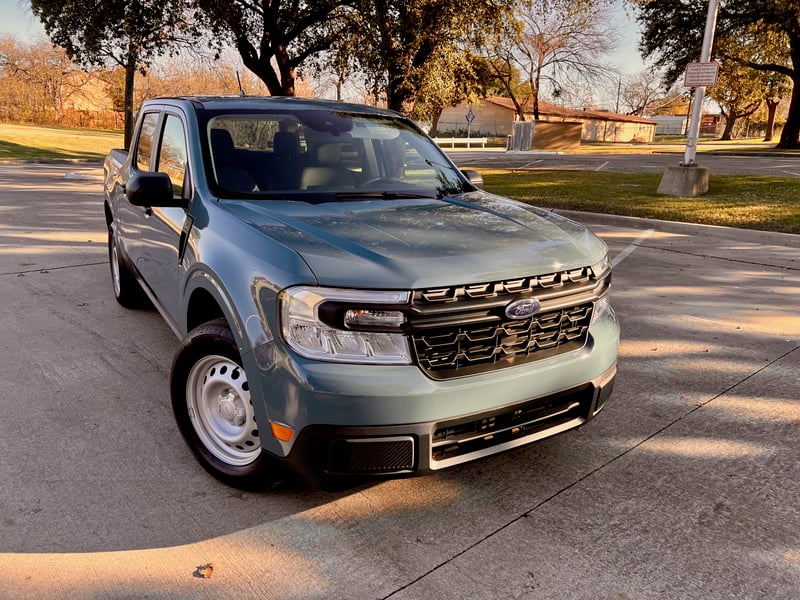 CarProUSA Radio Show host Jerry Reynolds recently reviewed both the new Ford Maverick XLT and XL Hybrid, compact pickups that impressed him in a number of ways, including for their value.  The Maverick's been racking up a number of recognitions since its launch - the latest from The Car Connection which just named the Ford Maverick Hybrid its 2022 Best Car To Buy winner. Other nominees in the running were the Genesis GV70, Hyundai Ioniq 5, Volkswagen ID.4, Honda Civic and Hyundai Santa Cruz.

Check out Jerry's review of the Maverick Hybrid XL below:


Here's the complete list of The Car Connection's best picks in individual categories as listed in a press release. Vehicle base prices were limited to $50,000 and all vehicles were required to have standard automatic emergency braking:


The Car Connection says its editors chose the Ford Maverick from a competitive field of nominees. Contenders had to be new or fully redesigned models and achieve top scores in The Car Connection's unique "TCC Rating" system. They also head to adhere to a $50,000 base-price limit.

The Car Connection says its 10-point TCC Rating rolls up scores given to each vehicle across six categories: safety, comfort and utility, fuel economy, performance, technology, and styling.

"Our editors voted unanimously and unequivocally for the Maverick Hybrid, cementing it as the first pickup truck to win the award," said Marty Padgett, Editorial Director of The Car Connection, Motor Authority, and Green Car Reports. "It satisfies drivers who need and want a smaller truck that still offers utility along with towing capability, creative packaging, great fuel economy, and best of all, a low price."


Motor Authority says editors chose the Rivian R1T as the Best Performance/Luxury Car To Buy 2022 from a field of new or redesigned luxury/performance vehicles made available for testing. The winner was judged to have the "strongest appeal to enthusiasts with capability, acceleration, handling, styling, and features—as well as value—with no price limit."

"The Rivian R1T captures the imagination of enthusiasts with its electric drivetrain and its adventure-ready utility," Padgett said. "It's astoundingly quick and off-road ready—it's the first of a wave of vehicles that will take trucks into a new era."


The Lucid Air took home honors as Green Car Reports'  Best Green Car To Buy 2022. Editors call the all-electric luxury sedan the "most significant new green car made widely available to shoppers during the 2022 model year", and say they took into account new technologies, their practicality, and their impact on the environment.

"The Lucid Air sets many new benchmarks for electric cars in terms of driving range, efficiency, charging, and powertrain engineering," Padgett said. "But it's also a stunning sedan that would lure new drivers into the electric-car arena on looks alone."


So what vehicles made the biggest impression on drivers? The Car Connection asked its readers for their favorites for its 6th annual Driver's Choice Awards and here are their picks: