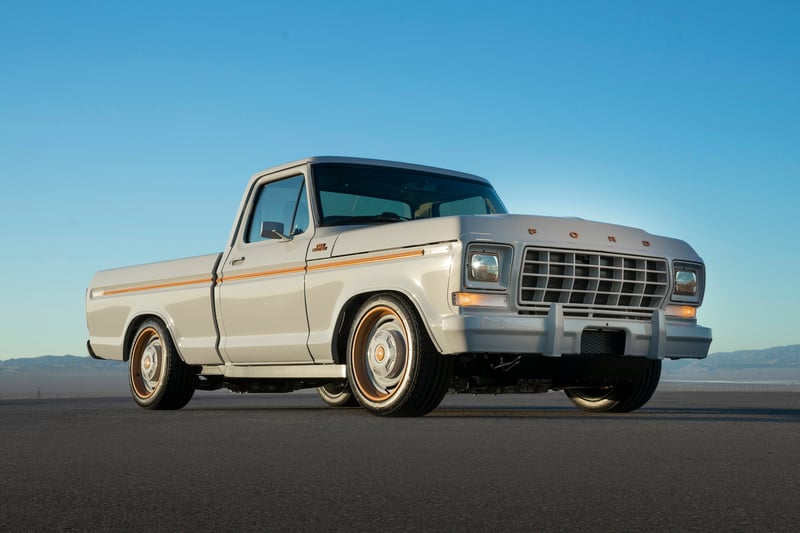 Ford is going back to the past to create a vision of the future.  It's developed an all-electric F-100 Eluminator concept pickup to showcase the future of custom EV vehicles.  The pickup is powered by an all-new Ford Performance Parts Eluminator electric crate motor that customers can now buy online.


The F-100 Eluminator concept, that debuted during SEMA, is based on a heritage 1978 F-100 pickup. It features all-wheel drive via two powerful electric motors shared with the 2021 Mustang Mach-E GT Performance Edition. Two electric traction motors drive the front and rear wheels, packing a powerful 480-horsepower and 634 lb.-ft. of torque. Eluminator, the first e-crate motor from Ford Performance Parts, is based on the Mustang Mach-E GT’s traction motor.

“Ford owners have personalized, customized and enhanced their vehicles since the beginning – from changing looks to bringing the power,” said Eric Cin, global director, Vehicle Personalization, Accessories and Licensing. “Our F-100 Eluminator concept is a preview of how we’re supporting customers as they go all-electric and embrace zero-tailpipe emissions performance, even for our heritage vehicles.”

The concept pickup designed and created by Ford Performance, was built in collaboration with MLe Racecars and sits on a custom chassis by the Roadster Shop. It’s painted in Avalanche Gray with Cerakote Copper accents applied by Brand X Customs, while the interior features a billet aluminum dash by JJR Fabrication and avocado-tanned leather upholstery by MDM Upholstery. It’s fitted with custom 19x10-inch billet aluminum three-piece wheels by Forgeline wrapped in Michelin Latitude Sport 275/45-19 high-performance tires.

Part No. M-9000-MACH-E, the e-crate motor is now available at authorized Ford parts warehouse dealers or online at Ford Performance Parts. Retailing at $3,900, it is targeted for builders looking for a transverse-oriented powertrain to electrify a range of vehicles from modern to vintage cars, trucks and SUVs. Each Eluminator e-crate motor produces 281-horsepower and 317 lb.-ft. of torque and is street-legal in all 50 states.

Ford says we can expect an expanding list of components for the Eluminator powertrain in the future, with some of the leading performance manufacturers, including battery systems, controllers and traction inverters to close the loop on full turnkey aftermarket electrification solutions. 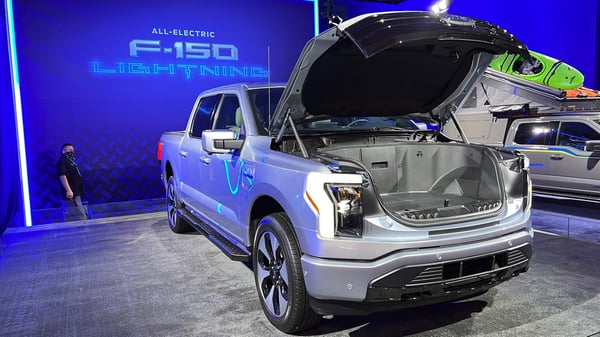 Ford notes that all of the vehicles shown have been modified by independent vehicle modifiers for SEMA. They are for demonstration purposes only and aren't available for sale by Ford.  Ford’s display of these vehicles is not intended to, nor does it constitute an endorsement of the vehicle modifiers, vehicle modifications, or use of the vehicles by Ford. Ford has not evaluated these modified vehicles. Vehicle owners and modifiers should consult their Ford’s owner’s manual before modifying vehicles and for proper usage. Vehicles that are not street legal or certified under FMVSS and safety and emission regulations are not intended or certified for use on public roads.