Ford Mustang Is The “Most American Made" Car 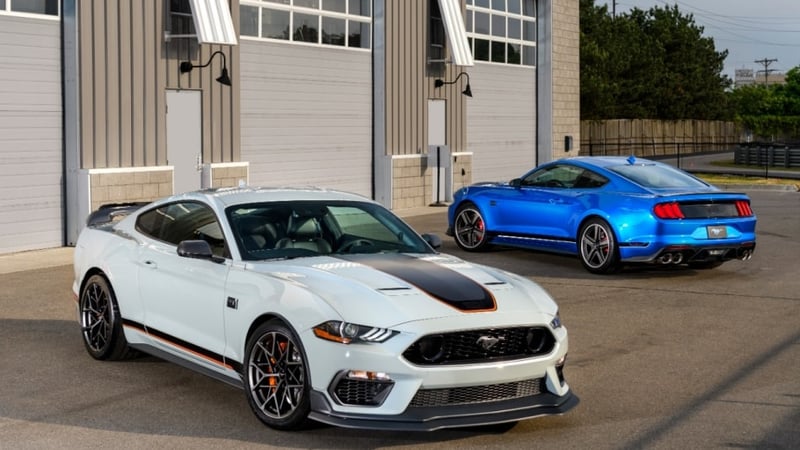 The Ford Mustang 5.0-liter GT is the most American made vehicle sold in the U.S., according to the newly released 2021 Kogod Made in America Auto Index.  The study, in its ninth year, is designed to help consumers "determine how 'American' a car actually is" by evaluating seven criteria including where parts are produced, profit margin, labor, and the location of research and development.  Domestic includes both U.S. and Canadian content.

In all this year,  21 vehicles make the top 10 with the most domestic content. Notably, the Ford Ranger, which took the top spot in 2020, falls to 16th place following a drop in U.S./Canadian content from 70 to 45 percent.


The manual transmission-equipped Mustang GT nabs the top spot with 88.5 percent domestic (U.S/Canadian) content. For some perspective, 10th ranked vehicles have 76 percent domestic content.  The GT is one of three Mustangs to make the top 10 list.


The Chevrolet Corvette Stingray takes second place on the list, followed by the Tesla Model 3 and the new Ford Bronco.


Two models share the no. 8 spot: the Ford F-150 and the Tesla Model X.  Honda places four cars in the no. 9 spot—the Ridgeline, Odyssey, Pilot, and Passport.  The Ram 1500, meanwhile, shares the 10th position with two more Mustangs, the automatic 5.0 liter and the 2.3 liter EcoBoost version.

For a complete list with percentages visit the 2021 Kogod Made in America Auto Index.


Overall, Honda, GM, Ford, and Stellantis, average much higher overall TDC than VW and Volvo. The study authors' say this gives an idea of the extent to which manufacturers serve the U.S. market with local production. When looking at average TDC by manufacturers for cars assembled in the US, researchers says you find a high of GM and Ford at over 70 percent and Stellantis, Honda, Hyundai, Kia, Toyota, and Fiat Chrysler at 65-70 percent. BMW and Volvo reach a low at 35 and 30 percent, respectively. Tesla, which is not in the table, makes all of its cars in the U.S. and has an average TDC of 81 percent. While the trend TDC for cars assembled in the U.S. is consistent over time, both Daimler and Subaru saw significant drops in their average U.S. content. Researchers speculate this may be the result of U.S. shortages of parts and components due the ongoing disruptions in automotive supply chains stemming from the pandemic.

The Kogod Made in America Auto Index is a product of the Kogod Business School. It compares total domestic content for all vehicles sold in the U.S. by brand, irrespective of the location of assembly. Researchers say the study is designed to show the relationship between total domestic content (TDC) for U.S.-assembled vehicles compared to all vehicles in a manufacturer’s product line sold in the U.S.

Researchers say when comparing the difference between total TDC for US-assembled cars and overall average TDC for all cars, it indicates the extent that the manufacturer serves the U.S. market from a local base. In the case of non-U.S.-headquartered manufacturers, Honda boasts a strong lead in this category, with overall TDC ranking a close second to GM. Toyota, even though it has a huge manufacturing presence in the US, has a much lower overall TDC average when their imported vehicles are averaged into the total. The study's authors say this is likely the result of imports of Toyota's high-end Lexus brand and other cars from Japan. In contrast, Honda’s high-end brand, Acura, is assembled in here in the US.

Source: Kogod 2021 Made in America Index