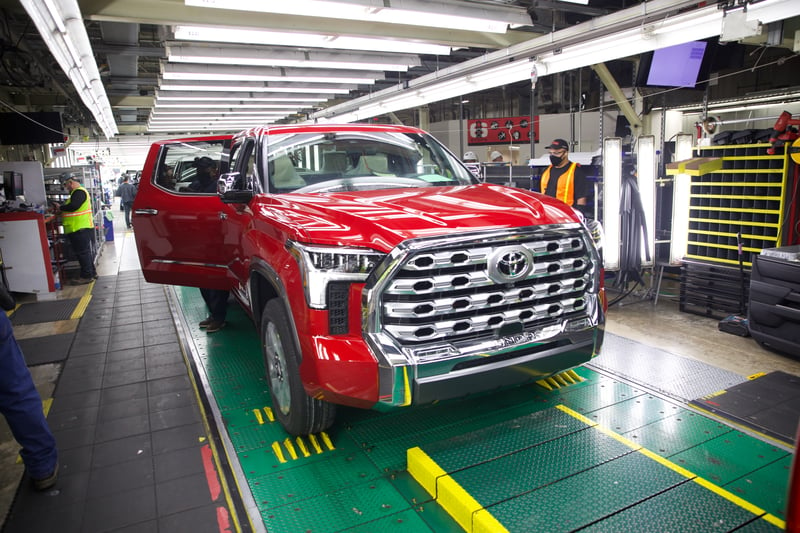 The Detroit three all ended the year down with General Motors down 13%, Ford was off 7%, and Stellantis finished down 2%.  All three automakers said they steeply curtailed fleet purchases in order to build more retail vehicles.

It was a historic year for Toyota.  For the first time in 90 years, General Motors was outsold in the United States by Toyota.  It wasn’t even close, either.  When the smoke cleared, Toyota bested the General by 130,000 vehicles.

As you look through the sales, there were a lot of the automakers that actually ended up way ahead of last year.  Most notable was Genesis, up a whopping 202%.

Ford F-Series trucks ended the year as the #1 seller of trucks for the 45th straight year, and was the #1 vehicle sold in America.  Ford also ended up #2 in electric vehicle sales, second only to Tesla.

At deadline, Mercedes-Benz and Volkswagen had not reported sales for 2021, and Jaguar Land Rover says they will report later in the month.

Here are the sales by brand for the full year of 2021: