Honda Says GoodBye To Insight To Double Down On Core Hybrids 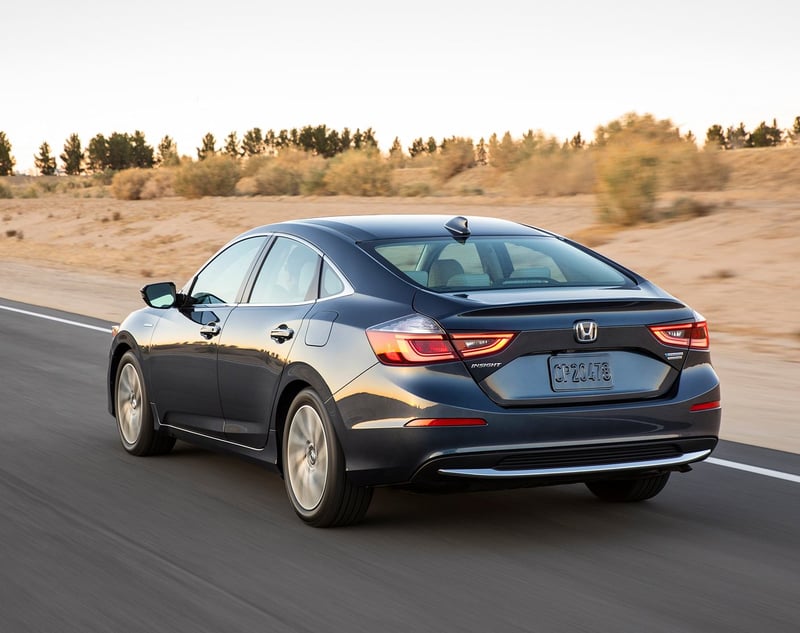 The Honda Insight's days are numbered.  Quite numbered in fact as Honda says it will end production of the popular compact hybrid model in June.  The Insight's demise is part of Honda's electrification strategy in North America as the automaker plans to increase hybrid volume of its core models, the CR-V, Accord and eventually the Civic. Honda plans to launch an all-new CR-V hybrid this year followed by the Accord Hybrid. Honda says its goal is to eventually make up 50 percent of the sales mix of each model.

When Insight production ends next month, Honda says the Indiana Auto Plant where it's built will focus on building CR-V, CR-V Hybrid and Civic Hatchback.

“Hybrid-electric vehicles are effective in reducing greenhouse gas emissions and are a critical pathway toward Honda’s vision for 100% zero-emission vehicle sales in North America by 2040,” said Mamadou Diallo, vice president of Auto Sales at American Honda Motor Co., Inc. “Making the volume leader of our core models hybrid-electric will dramatically boost electrified sales in the Honda lineup, a strategy that will be augmented by the arrival of a Civic Hybrid in the future.”

Honda says it plans for 40 percent of its North American sales to be battery-electric and fuel cell electric vehicles by 2030, increasing to 80 percent by 2035, and to 100 percent by 2040.   Honda is teaming up with General Motors to get there. The companies are co-developing the Honda Prologue SUV -Honda's first new volume battery-electric vehicle - due out in 2024. It's based on GM's new Ultium battery platform. Honda says it hopes to sell 70,000 a year initially.  Honda and GM also recently announced plans to co-develop a new series of affordable EVs starting in 2026. They'll be based on Honda e:Architecture and built at Honda plants in North America. Honda says it plans to launch 30 EV models by 2030, with more than 2/3 of those launched in China and North America.

Honda says the Honda Insight, currently in its 3rd-generation, is one of America's top-selling compact hybrids, with more than 70,000 sold since it was introduced in 2018.  The Insight, along with the current CR-V hybrid and Accord Hybrid models, also helped Honda achieve a new annual record of electrified sales in 2021 - with sales topping 100,000 units for the first time. Honda says it was the 5th straight year of increased sales for its electrified vehicles.