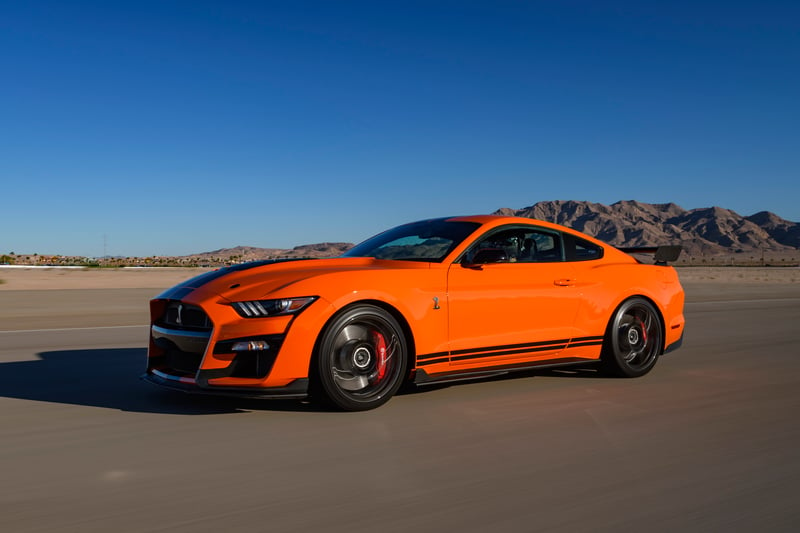 Listeners to the Car Pro Show have known this for months, but the folks at Edmunds have realized it, too.  If you leased a vehicle in 2019, you're in a great position to take advantage of positive equity.  That's because vehicles with leases ending this year are worth more than their original residual values. Some more than others. The average 2019 model year leased vehicle has a 2022 trade-in value of $7,208 more compared to the original estimated residual value according to Edmunds.com.

Edmunds recently advised consumers with a lease expiring in 2022 to check on the equity of their leased vehicles so they don't leave thousands of dollars in cash on the table.  As Car Pro Show host Jerry Reynolds has also explained in recent months, Edmunds experts also say skyrocketing demand in the used car market is driving up trade-in values. Edmunds says this places a large number of consumers with leases ending this year in an unprecedented position to take advantage of positive equity.

"If you're one of the four million Americans who leased a vehicle in 2019, you could be in quite a financially advantageous position this year and not even know it," said Jessica Caldwell, Edmunds' executive director of insights. "Most consumers likely aren't aware of the other options they have besides turning in their lease once it's over, including the ability to make a profit from their vehicle. If you have a lease expiring this year, do the legwork ahead of time so you're prepared with a game plan and smart financial options."

"Unless you've driven an exorbitant number of miles or your vehicle has excessive wear and tear, you're pretty much guaranteed to see an increase in value," said Ivan Drury, Edmunds' senior manager of insights. "The one drawback is that you'll likely have to do a bit more legwork than in the past to take advantage of the equity in your expiring lease given that some auto manufacturers have recently placed more stringent rules on lease purchase options. But taking some extra steps will be well worth it for many, given the financial reward."

To help consumers looking for a place to start, here's a list Edmunds put together a helpful insider guide:

Edmunds' top 10 list for luxury and mainstream 3-year-old leased vehicles that are commanding the highest average percentage increase in their 2022 trade-in value versus original estimated residual value can be found below.  (Both graphs below are used with permission from Edmunds.) 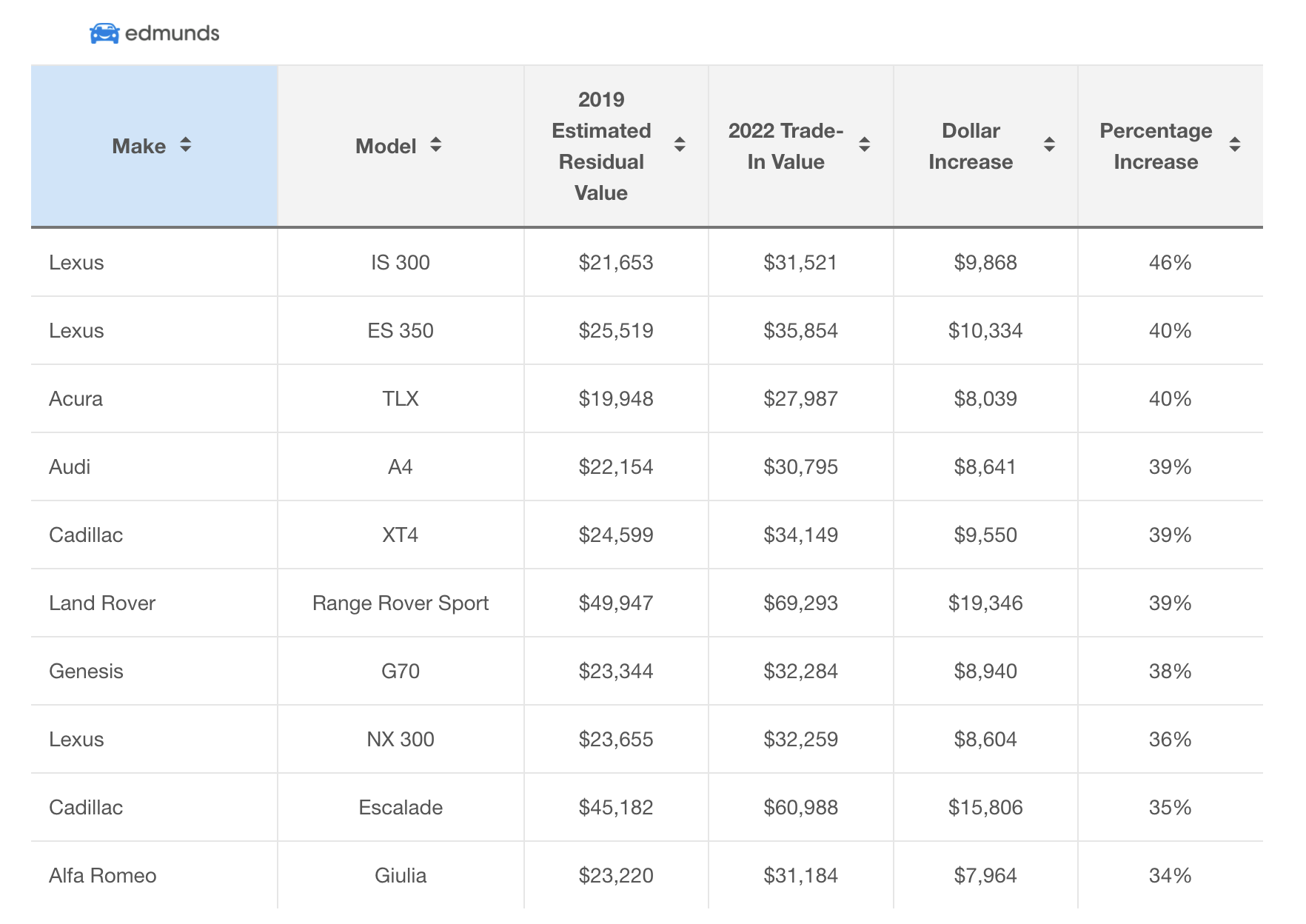 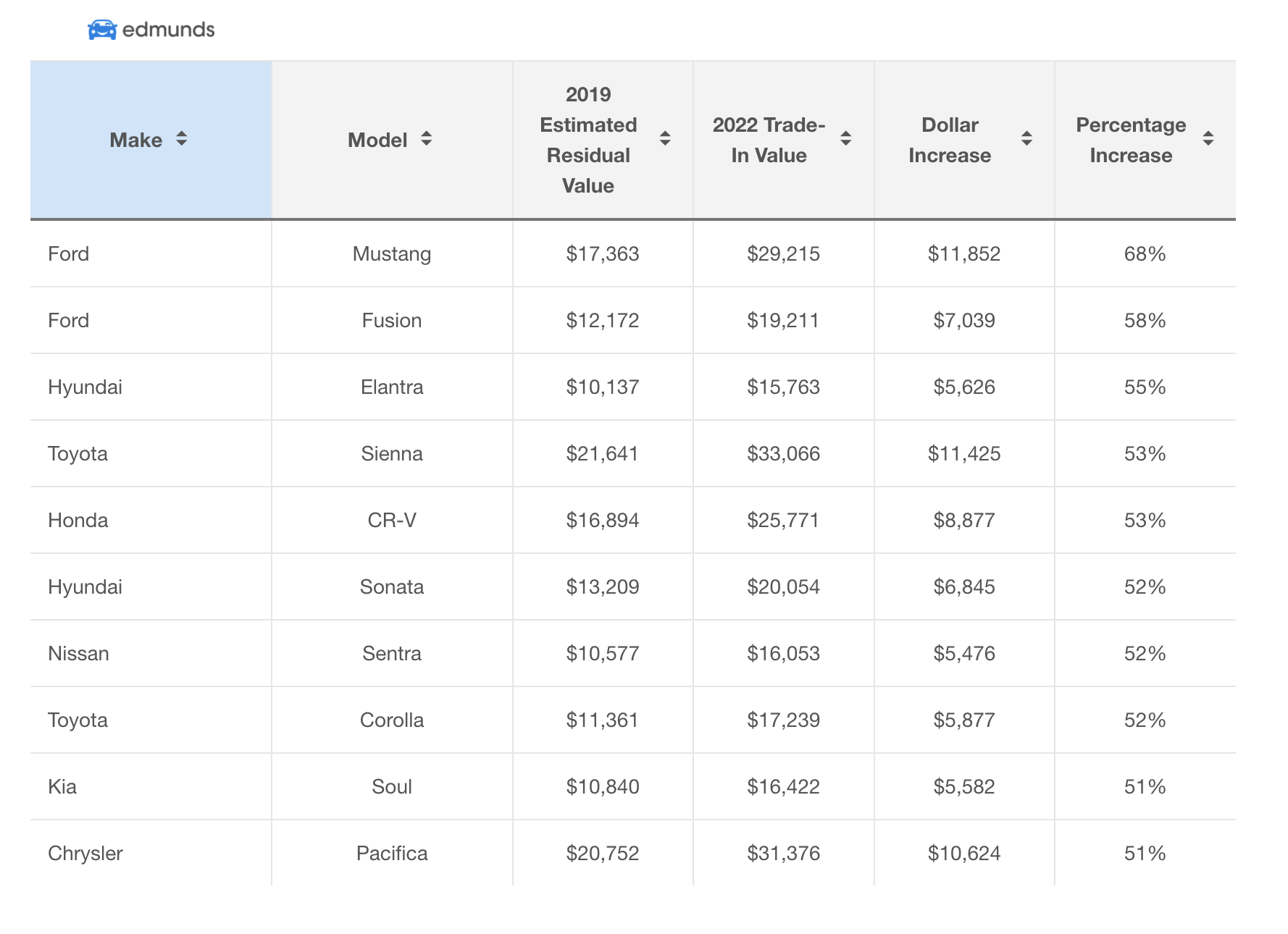