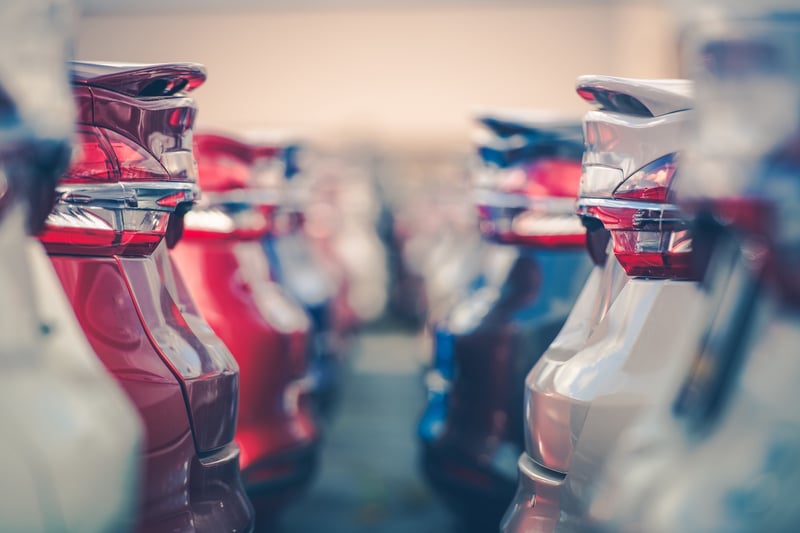 New vehicle prices fell slightly in February after reaching a record high in December, according to new data from Kelley Blue Book.  But before you start celebrating, KBB's analysts also report that prices are still nearly $5,000 higher than they were a year ago. Plus, not only did February mark the ninth straight month buyers paid more than sticker price, KBB also says incentives also dropped to a record low last month.

"Consumers are paying near top dollar for new vehicles as prices remain high and incentives fall to a record low," said Michelle Krebs, executive analyst for Cox Automotive. "With prices for oil and gas, along with commodities like metals used to build vehicles, soaring due to Russia's invasion of Ukraine, automakers may be compelled to try to offset their increasing costs by raising vehicle prices. The Ukraine situation is causing additional disruption to the automotive supply chain which makes the likelihood of growing inventory, which remains stuck at low levels, less of a sure thing."

According to KBB, non-luxury vehicle buyers paid an average new vehicle price of $42,467 last month, down $227 from January, the fourth consecutive monthly decrease. Still, non-luxury buyers still are paying on average more than $900 above sticker price. KBB says consumers have paid more than MSRP for each of the last nine months, whereas one year ago, non-luxury vehicles were selling for more than $1,500 under MSRP.

Some of KBB's other data:

KBB gives a detailed look at ATPs by overall brand, make and segment in the tables below, used courtesy of Kelley Blue Book: 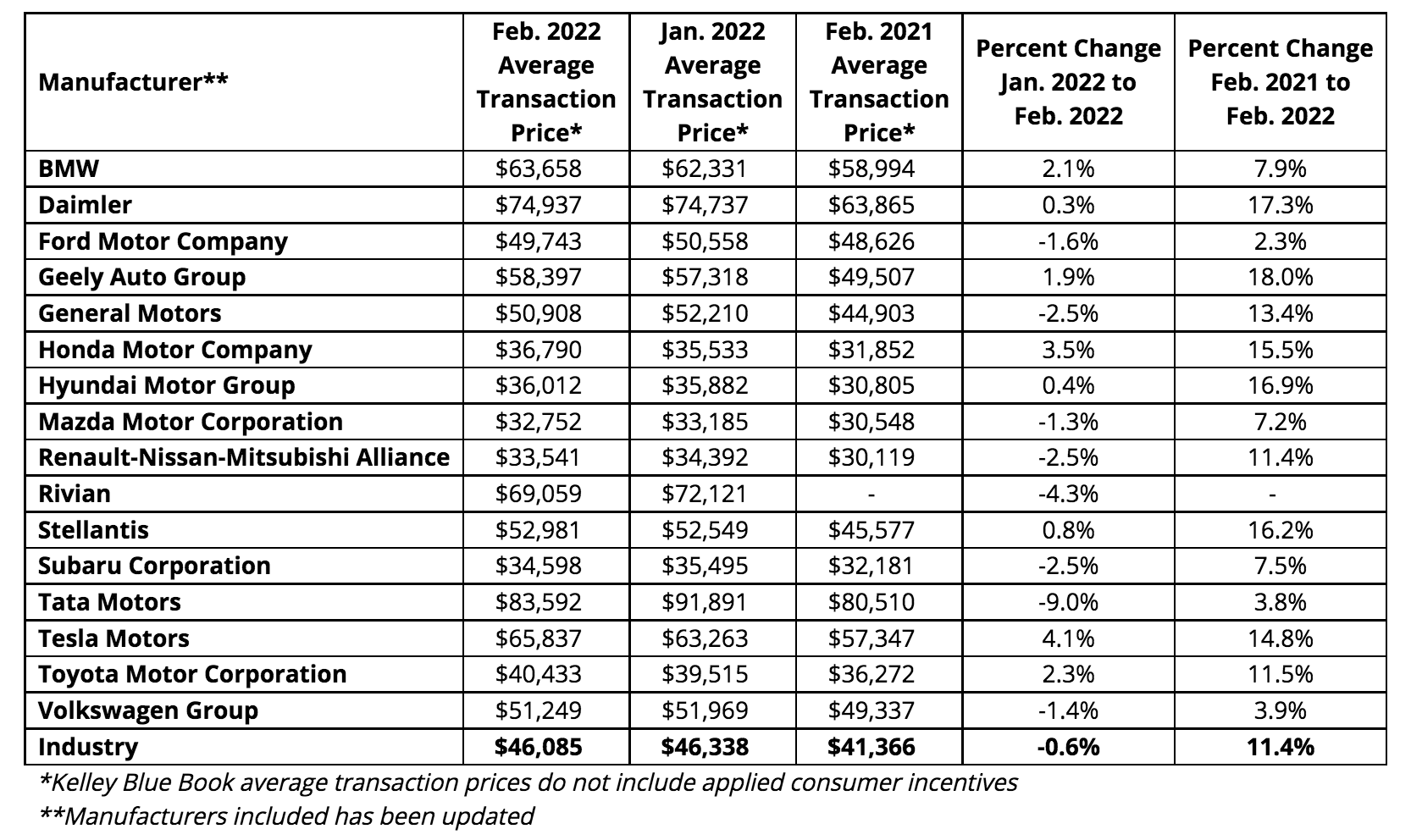 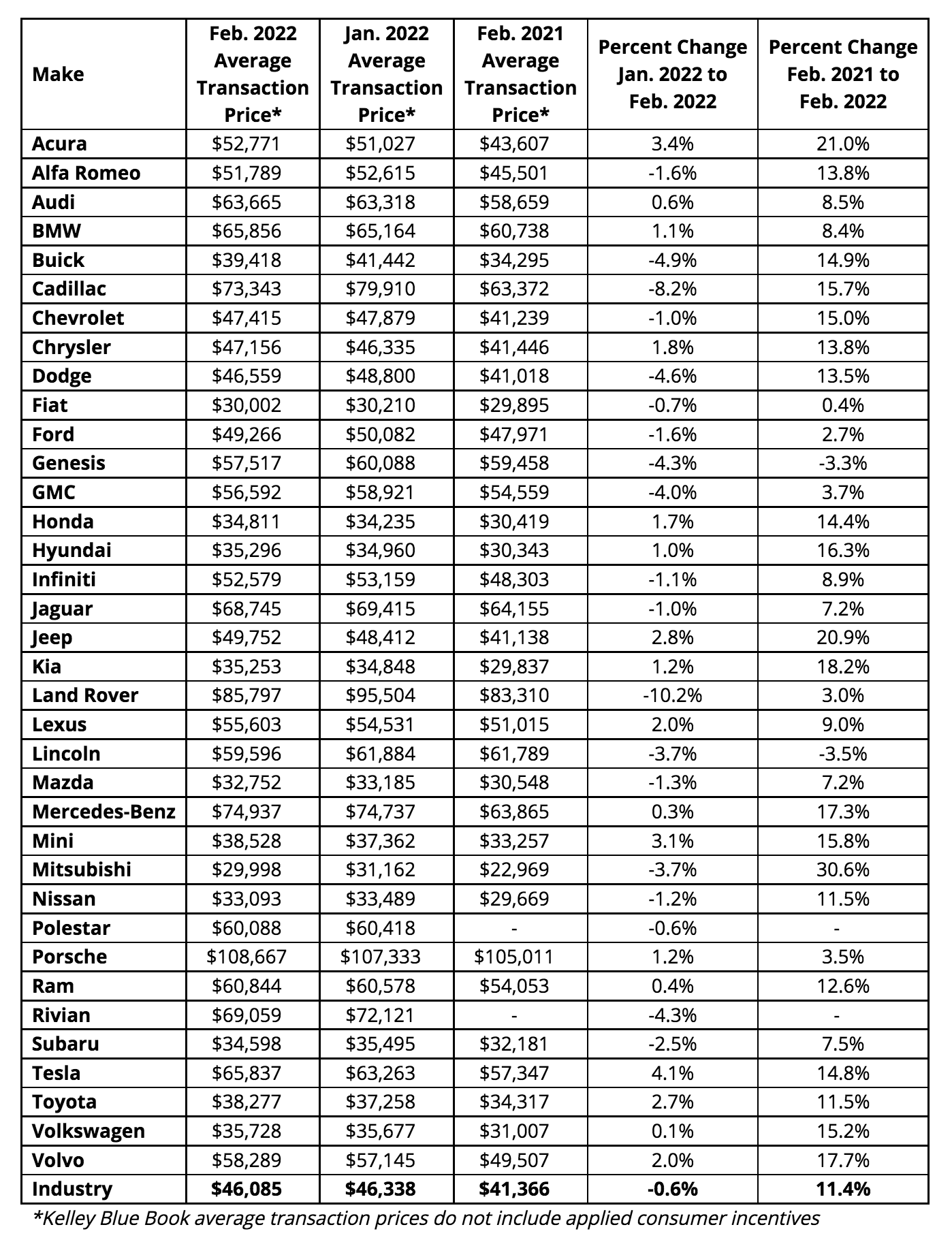 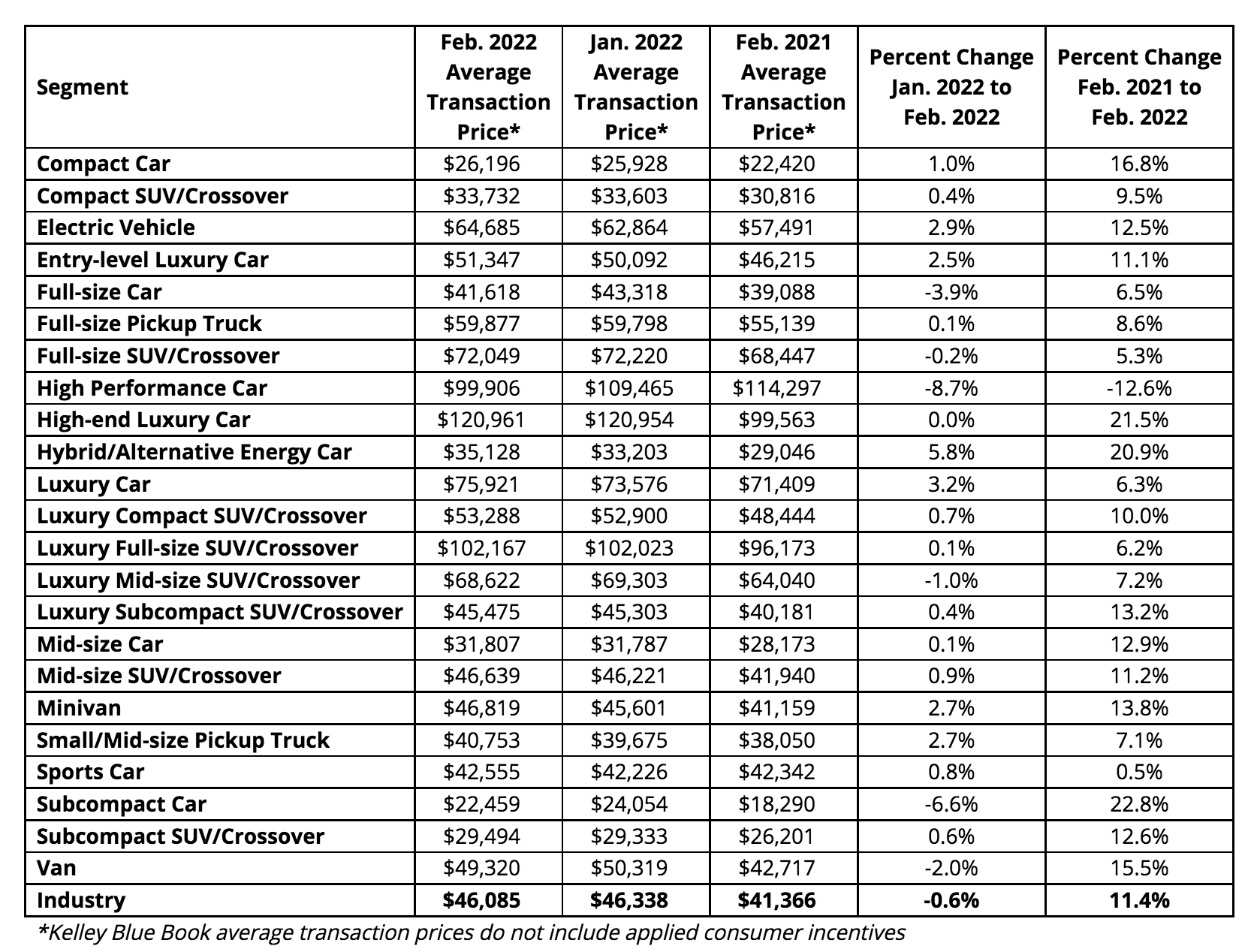