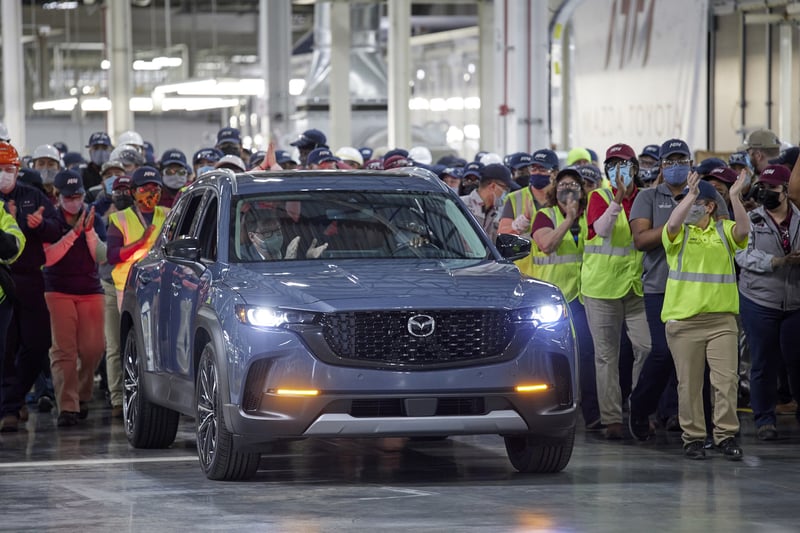 Mazda is ready to get out of the city and into nature, so much so it's designed a new crossover to do just that. It's the first-ever CX-50 which is now rolling off the assembly line at Mazda Toyota Manufacturing (MTM) in Huntsville, Alabama.  Developed specifically for the North American market, Mazda says the new CX-50 is designed to look more rugged, venture out into nature and carry outdoor gear. It even offers the automaker's first-ever panoramic moonroof.  Mazda North American Operations President and CEO Jeff Guyton drove the first 20230 CX-50 off the line last week.

"This is an exciting day for both MTM team members and MNAO employees to celebrate the first CX-50 to roll off the Discovery Line at MTM," said Jeff Guyton. "The production of the CX-50 here signifies the importance of the North American market to Mazda and our commitment to investing in the U.S."


Mazda dubs the CX-50 a "rugged and capable" crossover SUV.  Like its other vehicles, Mazda says the CX-50 offers superior driving dynamics and a beautiful design. But it is also designed to venture further into the outdoors and various terrains. To that end, it comes with standard i-Activ All-Wheel Drive (AWD) technology and new Mazda Intelligent Drive Select, or Mi-Drive. The new drive modes can be selected with the Mi-Drive switch which Mazda says will help the crossover SUV drive naturally in a wide variety of conditions, such as off-road terrain or providing reliable towing capabilities. 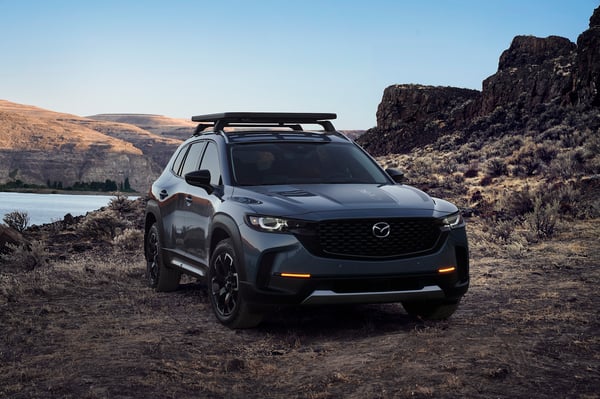 At launch, CX-50 will be available with two powertrains, a Skyactiv-G 2.5 naturally aspirated engine or a Skyactiv-G 2.5 Turbo engine and paired with a six-speed automatic transmission. Turbo models also include a mode designed to support towing. Mazda says it will launch a hybrid model in the "coming years."   We'll have to stand by for more specific electrification news.

The CX-50 will also debut new color options, such as Zircon Sand exterior paint and an available terracotta interior color.

Mazda says the CX-50 will be available this spring.

The Mazda Toyota Manufacturing (MTM) is a $2.3 billion joint venture partnership between Mazda Motor Corporation and Toyota Motor Corporation.  Operations kicked off last September.  The plant is slated to produce 300,000 vehicles annually - half of those Mazda and the other half Toyota.  The plant will employ up to 4,000 workers and several thousand workers are expected to be employed by suppliers.