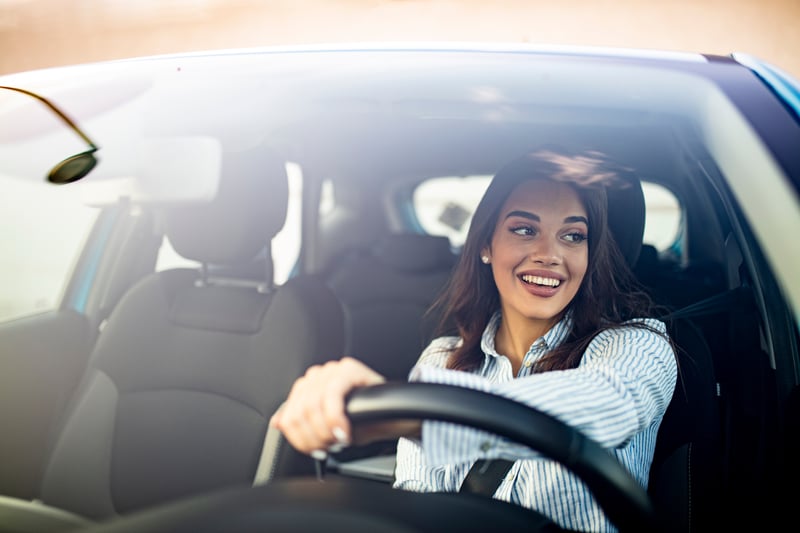 I am not a fan of all J.D. Power awards, and I’ve been clear about that for years, but their annual APEAL Awards are useful to me.  I like to see people who love their cars, it brings a smile to my face for sure.  I have never understood why anyone would buy a car they didn’t absolutely love.


The 2021 U.S. Automotive Performance, Execution and Layout (APEAL) study, now in its 26th year,  measures how emotionally attached and how excited new owners are to their new vehicles after three months of ownership.  New owners are asked to consider they're new vehicle across 37 attributes, ranging from the sense of comfort they feel when climbing into the driver's seat to the exhilaration they get when they step on the accelerator.  Analysts tally all the responses to give vehicles an APEAL index score measured on a 1,000-point scale.

Overall, J.D. Power says the study finds that automakers are producing ever-more appealing vehicles. Researchers attribute it to all-new or redesigned models like the BMW 4 Series, Chevrolet Tahoe, Ford Bronco Sport, Ford Mustang Mach-E, Genesis G80, Kia K5 and Toyota Sienna.  J.D. Power says these vehicles all top their segments in the awards and are among the vehicles that helped boost the industry's overall vehicle emotional appeal this year.

"One of the biggest factors driving the industry's improvement this year is the introduction of several highly appealing new models," said David Amodeo, director of global automotive at J.D. Power. "The APEAL Study measures owners' emotional attachment to their new vehicle, and the product launches that took place this model year have done a really good job. Some are all-new and some are redesigns, but the new launches demonstrate that automakers are getting even better at hitting buyers' emotional triggers."

Dodge and Porsche tie as top brand in terms of score.

Toyota makes the most gains in the mass market rankings. This year it ranks five places higher than in 2020. Genesis gains the most in the premium brand rankings, up four places year over year. Nissan is the biggest gainer in terms of index points, improving 22 from a year ago. The graphs below are sourced from the original study author and publisher J.D. Power: 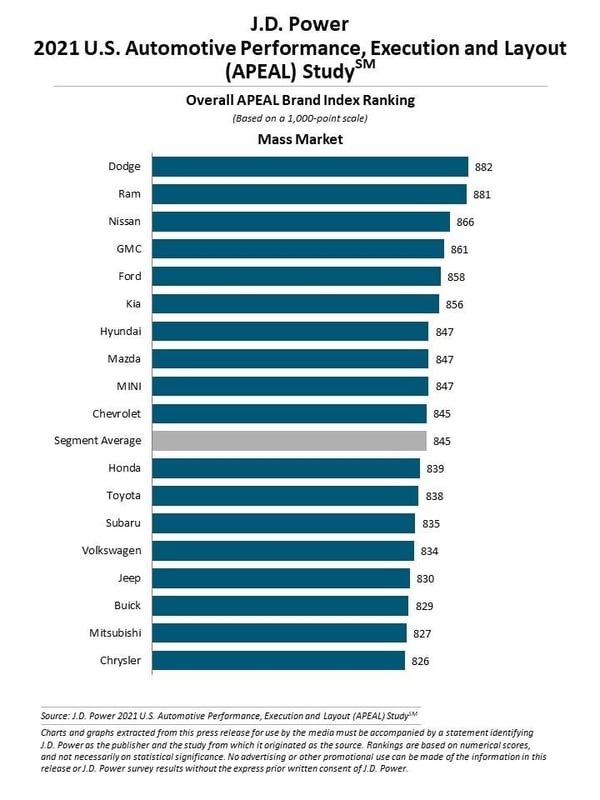 Here are more findings from the 2021 study, as listed in J.D. Power's Press Release:

The 2021 U.S. APEAL Study is based on responses from 110,827 owners of new 2021 model-year vehicles who were surveyed after 90 days of ownership. The study was fielded from February through July 2021.