U.S. Senate Infrastructure Bill Will Have Huge Impact On Vehicles 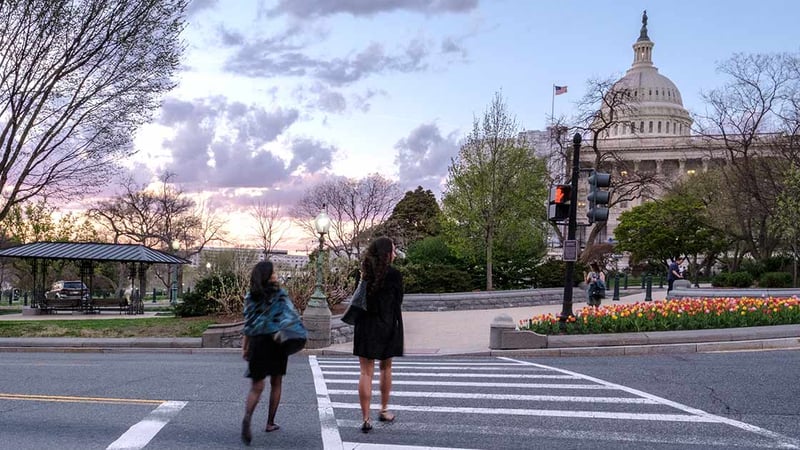 An important infrastructure bill recently passed by the U.S. Senate is now in the hands of the U.S. House of Representatives.  In August, the Senate approved the massive $1 trillion dollar bipartisan bill in what NPR called a historic vote. Among other things, the bill earmarks $110 billion, the bulk of the money,  to infrastructure funds for roads, bridges, and other construction projects. States that would reportedly receive the most of those funds -- between $27-$45 billion -- are California (1), Texas (2), and New York (3). The bill also earmarks money for a host of other things including the installment of electric vehicle charging stations, funds for the electric grid power infrastructure as well as public transportation and new climate and broadband initiatives. The bill must next be passed by the House where it faces an uncertain future this fall.

Click here to see a breakdown of which states would receive the most money from the bill.

The bill also contains a host of long-awaited vehicle safety provisions.  The Insurance Institute of Highway Safety says many of which are based on or supported by years of work by both the IIHSA and Highway Loss Data Institute. They include:

“This bill pushes U.S. road safety policy forward in a number of areas, and we can see the work of IIHS-HLDI clearly reflected in many of the provisions,” says IIHS-HLDI President David Harkey. “In some cases, the legislation is catching up with industry changes that we have already set in motion; in others, the bill could tee up meaningful progress on issues that we have been sounding the alarm on for years.”

IIHS says the bill, "the result of a bipartisan compromise, has the support of President Joe Biden. Assuming House Speaker Nancy Pelosi succeeds in shepherding it through the lower chamber as she intends, it is expected to become law this year."

Automatic emergency braking (AEB) is not currently required on passenger vehicles. The bill would change that. It would instruct the Department of Transportation (DOT) to require forward collision warning and automatic emergency braking (AEB) on passenger vehicles and go a step further by requiring lane departure warning and lane-keeping assist. (It's important though to note that these features are already set to be standard on the vast majority of new vehicles by the 2022-23 production year, thanks to a voluntary commitment by manufacturers brokered by IIHS and the National Highway Traffic Safety Administration.)  IIHS says the regulation would help fill in some gaps and add the two aforementioned lane technologies that are often bundled with AEB but are not covered by the voluntary commitment.

IIHS says perhaps more significantly, the bill calls for a new rule requiring newly manufactured large trucks to be equipped with AEB and for their drivers to be required to use the technology. IIHS says the U.S. is behind in this area, and that the European Union has required most new heavy trucks to have AEB since 2013. An IIHS study released last year found that AEB could eliminate 2 out of 5 front-to-rear crashes by large trucks.

Click Here to Read Tips on Sharing the Road with 18-Wheelers.

According to IIHS,  the IIHS and HLDI have been leaders in researching the effectiveness of crash avoidance technologies. For over a decade, HLDI has been using its trove of claims data to evaluate these features on passenger vehicles. More recently, IIHS researchers have strengthened the case for some of these features with analyses using police-reported crash data. For example, using police-reported crash data, IIHS has found that the combination of AEB and forward collision warning cuts front-to-rear crashes in half.

The bill also tackles another IIHS-HLDI priority.  Improvements to truck underride guards. The bill calls for an updated rear underride standard that would incorporate at least two of the three requirements for the IIHS TOUGHGUARD award: Guards would have to prevent underride by a passenger vehicle traveling 35 mph when it strikes the rear of a trailer in the center or with a 50 percent overlap. It also calls for regulators to consider requiring the most challenging part of the IIHS evaluation, the 30 percent overlap crash.

The legislation instructs DOT to conduct research into side underride guards, which have been shown to be effective in IIHS research tests.

Headlight technology is another area that would get a boost by the bill.  IIHS says it provides an update to headlight regulations to allow for adaptive driving beams within two years.

IIHS says its tests have shown that many of today’s headlights don't provide adequate visibility. Add top that it says research indicates that drivers do not take full advantage of high beams when appropriate. The IIHSA calls adaptive driving beams a promising solution.  Instead of switching the high beams on and off, these systems continuously adjust the high-beam pattern to create a shadow around other vehicles. In this way, adaptive driving beams offer high-beam visibility except for the segment of the beam that is blocked out to limit glare for oncoming or leading drivers.  IIHS researchers also say adaptive headlights don't have as much glare compared to many low-beam systems sold in the U.S.

The bill would also require headlights to undergo on-vehicle testing like the evaluations IIHS conducts for its ratings. Currently, only static measurements of light intensity from headlamps placed on a test rig are required. IIHS says it was the first to evaluate headlights by measuring their illumination from a moving vehicle, which takes into account mounting height and aim.

The bill also has a provision that would require new in-vehicle technology designed to combat drinking and driving. The IIHS says the Driver Alcohol Detection System for Safety (DADSS)  - which will be available for commercial vehicles late this year  - can unobtrusively detect the level of alcohol in the driver’s blood and prevent the vehicle from moving if it is higher than a predetermined limit. It's been in development by a public-private consortium for several years, one that includes NHTSA. The IIHS discloses that it is also a member of the DADSS stakeholder group. In a recent press release, DADSS says: "First product to come out of research lab will be available for open licensing for use in commercial vehicles in late 2021".  DADSS says a consumer version is expected by 2024.

The IIHSA also notes a new emphasis on vulnerable road users like pedestrians, bicyclists, and other non-motorized road users.  The IIHS says the bill nudges regulators toward evaluating pedestrian AEB systems, as IIHS has been doing since 2019, and requiring at least 15 percent of a state’s highway safety improvement program funds to address pedestrians, bicyclists, and other non-motorized road users if these groups make up 15 percent or more of the state’s crash fatalities.

IIHS-HLDI  says it will be analyzing the details of the enormous bill in more detail in the coming weeks and months.

“The Institutes’ influence is clearly visible in many provisions of this landmark legislation,” Harkey says. “The degree to which we can classify these as safety wins will depend on how regulators carry out the instructions. We look forward to providing our input during the rule-making process on each of these issues.”