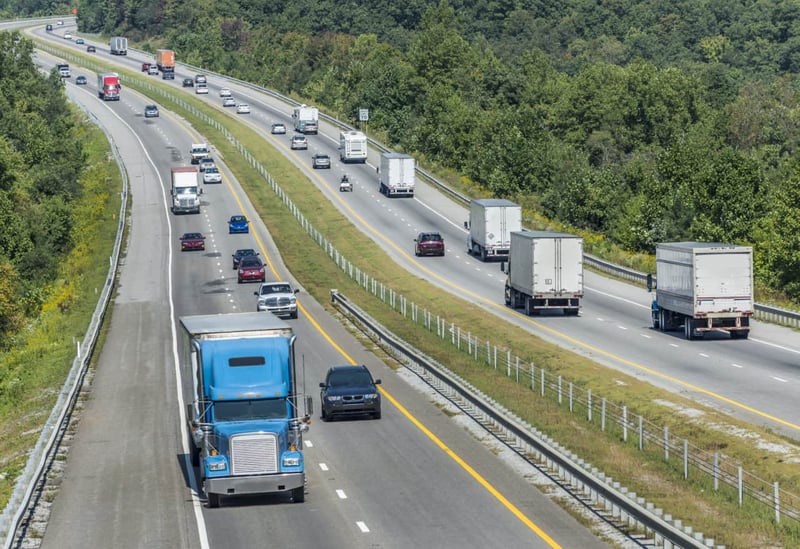 My father was a truck driver for as long as I can remember.  It was in the days when there were virtually no creature comforts in the cabs of the trucks.  I don’t think he ever drove a truck with air-conditioning, and there were certainly no CD players, video monitors, or CB radios.  One night during the summer, around 10 PM, he was driving between Dallas and San Antonio and fell asleep while driving.  He woke up too late to navigate a turn in the highway and turned the big rig on its side, spilling 40,000 gallons of paint in pop-top cans.  It was a mess, but nobody was killed.

Without truckers, there would be no gas, grocery store shelves would be empty, and the economy would crater.  The 18-wheelers you see today carry heavier loads than ever before, and will go faster than in years past.  I was proud of what my Dad did for a living, but as someone who drives a lot, I see a lot of truckers these days who drive too fast, drive too aggressively, seem to have trouble staying in their lane, and I often see them bully their way into traffic. The stats would seem to agree, take a look at the Insurance Institute of Highway Safety statistics from 2019, the most current available (based on an IIHS analysis of data from the U.S. Department of Transportation's Fatality Analysis Reporting System):

In 2020, there were 414 fatal crashes involving truck-tractor/semi-trailers in Texas.   - Source: TXDOT.

People are going to continue to drive, and products must be moved from factories to merchants, so how do we co-exist?  If you do battle with an 80,000-pound object traveling at over 60-miles per hour, the odds of winning are not good.  So, here is a list of don’ts to be conscious of while traveling the American road:


We can all safely co-exist on the highways and byways of our wonderful country, but it takes patience, skills, and a healthy respect for a vehicle that is way bigger than yours.