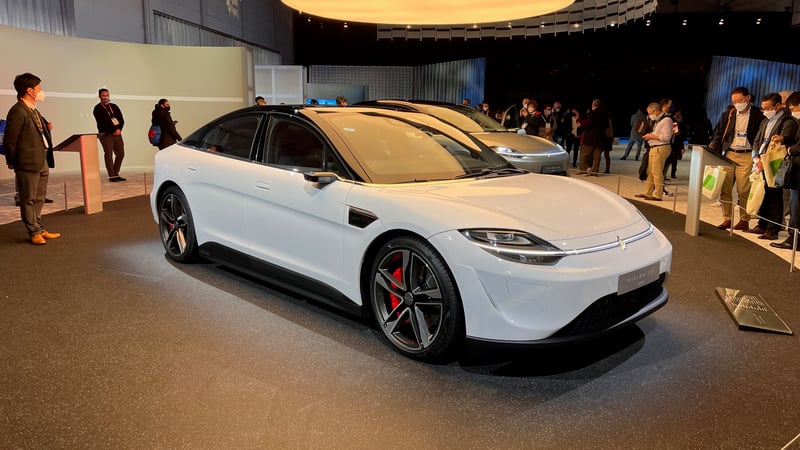 Sony aims to get into the electric vehicle race with its new VISION-S lineup of vehicles and it looks like the company's aspirations may be becoming closer to reality.  Two years after debuting a VISION-S coupe prototype at CES 2020 in Las Vegas, Sony debuted a new SUV prototype at this year's show.   And to show it's serious about a potential EV lineup, Sony also announced it will form a new Sony Mobility company this spring to explore entry in the EV market.


Sony's VISION-S lineup currently consists of two vehicles.  One is a coupe, the VISION-S 01, the other is a new SUV prototype dubbed the VISION-S 02.  Both are built on the same EV/Cloud platform and Sony says it's been testing the coupe on public roads since last spring.

The vehicles as you might imagine are decked out in technology, as Sony says it's developing tech centered on safety, security, adaptability and entertainment. The company says the SUV offers entertainment experiences that utilize the large interior space. 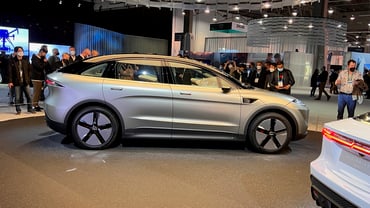 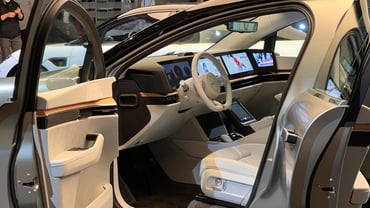 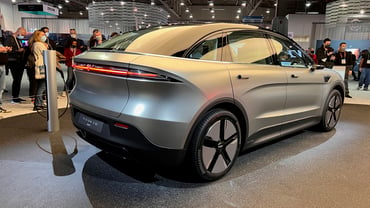 Sony says the VISION S safety system includes sensors that are installed 360 degrees around the vehicle to analyze the surrounding environment in real-time.  These sensors include high-sensitivity, high-resolution, wide dynamic range CMOS image sensors and LiDAR sensors that accurately sense three-dimensional space. In addition, the system provides intuitive driver interaction in conjunction with the vehicle's sound system and HMI system, so that the driver can accurately judge the status of the surrounding environment, such as the presence of emergency vehicles, even from inside the vehicle. Sony says it's currently conducting functional verification tests in Europe toward the release of Level 2+ advanced driver assistance systems (ADAS) on public roads.

Time-of-Flight (ToF) sensors are used to provide monitoring functions for driver authentication and to watch over passengers. They also support intuitive gesture and voice commands that are intended to enhance usability of the car interface. Additionally, in order to deliver an environment that suits each user's preferences, the vehicle will include a new function that allows users to customize the display theme and the acceleration and deceleration sounds of the vehicle. 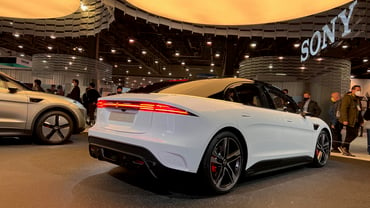 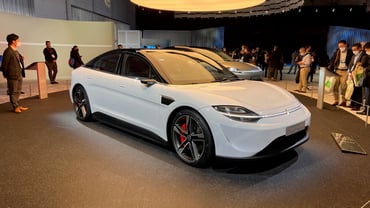 Vehicle settings, key locks, and user settings can be synchronized by linking the vehicle to the cloud using mobile communication, including 5G communication, which features low-latency, high-capacity, and high-speed capabilities. In addition, since updates are reflected in the vehicle via over the air (OTA), it is possible to provide security and evolve service functions and value-added offerings continuously.

Sony also has plans to use its in-house tech for remote operation. To achieve this, Sony conducted driving experiments connecting Japan and Germany with 5G, and is working with its partners to achieve low-latency transmission (video and control signals) and communication control (monitoring and prediction) using the telematics system installed in VISION-S 01.

One of the things Sony is of course known for is entertainment -- so as you can bet audio and video systems, and yes video games, will be a key focus on the interior.

Sony says the seat speakers, which create a three-dimensional sound field, and the streaming service compatible with "360 Reality Audio" provide an immersive music experience as if passengers are surrounded by a real live performance.

That brings us to video games. Sony says gaming capabilities have expanded to being able to play PlayStation® games through a remote connection to a console at home, in addition to the ability to play streaming games through the cloud.

We'll keep an eye out for future developments.