The Texas Attorney General is suing Vroom accusing the online used vehicle dealer of deceptive trade practices. Vroom also sells to cars to Texas consumers as Texas Direct Auto and it, too, is named in the lawsuit.   Read more in the Texas AG's press release below:

Texas Attorney General Ken Paxton filed a deceptive trade practices lawsuit against the online used vehicle dealer Vroom Automotive LLC and Vroom Inc., which also sells cars to Texas consumers under the name Texas Direct Auto. The lawsuit alleges that Vroom has misrepresented and failed to disclose significant delays in transferring clear title and obtaining vehicle registrations, burdening thousands of consumers. The State also alleges that Vroom has misrepresented and failed to disclose vehicle history and condition and terms of financing and approval—all violations of the Texas Deceptive Trade Practices Consumer Protection Act. According to the lawsuit, Vroom has not managed its growth effectively, leading to inadequate systems and procedures that have harmed Texas consumers.

Over the last three years, consumers have filed over 5,000 complaints with both the Better Business Bureau and the Office of the Attorney General against Vroom and Texas Direct Auto.

See the CBS 11 DFW News report on Vroom here or click the photo below: 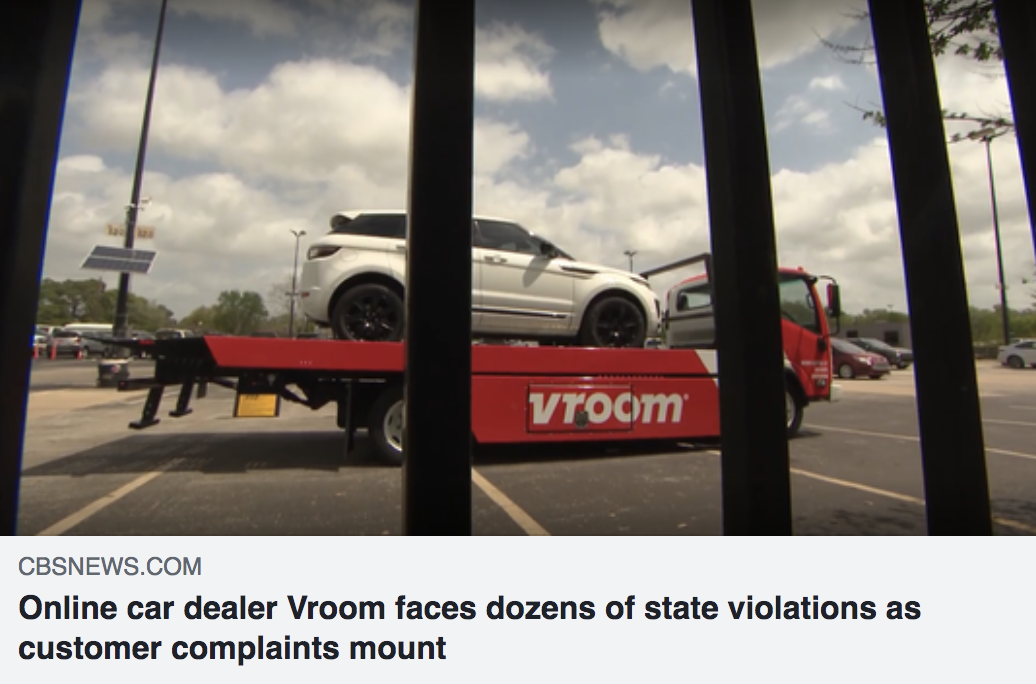 This follows a string of actions against another big box used car retailer:  Carvana.  Read this from Fox Business