Time Is Running Out To Become Dodge’s Chief Donut Maker 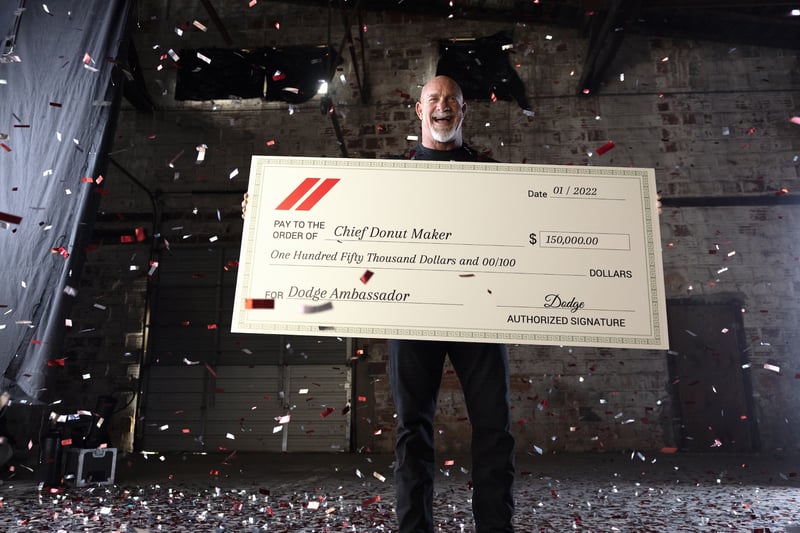 Want to work for Dodge as its Chief Donut Maker?  So do more than 135,000 other people. That's how many video submissions Dodge says it's received to date (as of February 11) for the newly created brand ambassador position. But don't let that deter you. You have until February 28th to submit your entry.   The automaker says applicants need to show, in a short video (maximum length of two minutes), that they embody the spirit of the founding Dodge Brothers. You can apply online and of course don't forget to check out all the rules and regulations here.

The chief donut maker will be a Dodge ambassador, decked out in Dodge gear, driving a Dodge SRT Hellcat, rubbing shoulders with celebs at epic auto events and leveling up at Radford Racing School while making a $150,000 paycheck – and they don't even have to quit their day job.

Dodge has enlisted champion wrestler Bill Goldberg to oversee a competition between the top 10 finalists that will put their talents to the test. Contestants will be thrown into wild, hot-seat scenarios, including racing a Dodge horsepower heavyweight (with a professional driver on a closed track). This series of eliminations will then be aired like a reality TV show with the final episode revealing Dodge's new chief donut maker this spring.

Should I apply?  I didn’t do a donut with the Dodge Challenger, but I did do an epic burnout that caused me to bail out of the car because I left the air conditioning on.  If you missed it, you can watch the video below: