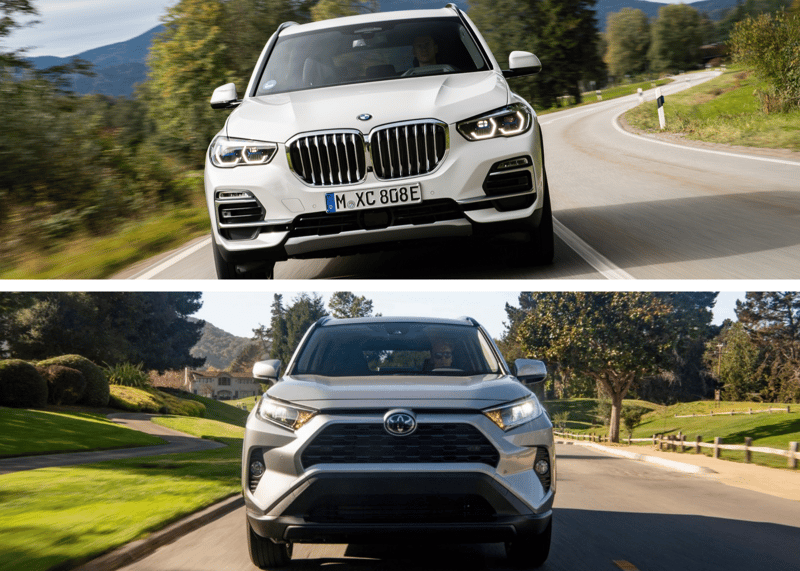 Toyota and BMW are the two most-shopped non-luxury and luxury brands in the second quarter, according to the latest Kelly Blue Book Brand Watch Report. The detailed report also looks at the market as impacted by the supply-chain issues and inventory struggles that have persisted for much of the year.  Pickup shopping increased in Q2, while SUV shopping leveled-off.


KBB's Q2 Brand Watch Report looks at insights from a consumer perception survey among new-car shoppers. The survey also weaves in shopping behavior to determine how a brand or model stacks up with its segment competitors on a dozen factors key to consumers' buying decisions.

"As the entire automotive industry continues to grapple with the ongoing microchip shortage and related supply chain disruptions as a fallout of the global pandemic, it's interesting to see how consumer perceptions and shopping behaviors change in some areas and how they hold steadfast in others," said Vanessa Ton, senior industry intelligence manager for Kelley Blue Book. "Top brands like Toyota and BMW have stayed at the top of shoppers' consideration lists, but interest in popular models has shifted and other brands are starting to close in. We also see that segment considerations fluctuated quite a bit among shoppers in response to inventory shortages."

Toyota continues to hold its top spot as the most shopped non-luxury brand, despite inventory issues due to the microchip shortage. KBB researchers say of all non-luxury vehicle shoppers, a full one-third considered a Toyota in Q2, slipping by one percentage point from the first quarter but still maintaining the lead. Shopping consideration also translated into sales, as Toyota sales rose 74% in the second quarter, far outpacing the industry's 50% gain and causing its market share to edge higher. For the first time, Toyota (together with its luxury sister brand Lexus) sold more vehicles in the quarter than General Motors. 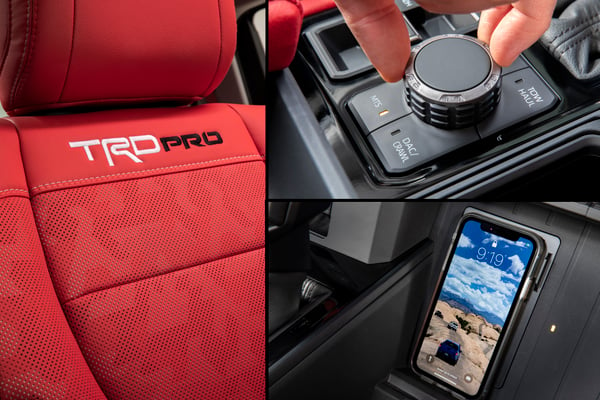 While sales were up overall, there were some impacts to some specific vehicle sales due to ongoing inventory shortages. KBB says people shopped less for the RAV4, with shopping consideration for the Toyota RAV4 falling15% from the first quarter. KBB says that's because the RAV4 and its hybrid version had the lowest inventories of all models during the second quarter. Toyota's popular midsize Tacoma pickup truck, also in short supply, dropped 6% in consideration.  On the other hand, the Toyota Camry rode the wave of growth in traditional-car sales with an 18% increase in shopping consideration. Q2 sales landed the sedan a spot on the Top 10 most-shopped non-luxury models for the first time since last year.

Ford's inventory struggles didn't keep it from narrowing the gap with Toyota in the second quarter. In the first quarter of the year, Toyota was at 34% and Ford was at 29%, but in Q2, Toyota slipped to 33% while Ford rose to 31%. KBB says Ford was one of the few brands that had higher shopping consideration in the second quarter than the first, despite production cuts and inventory shortages Ford can thank interest in certain models for helping closing the gap.  KBB reports rising shopper consideration for the F-150 pickup (up 13%), the larger F-Series trucks (up 22%), Explorer (up 8%), and all-electric Mustang Mach-E.

Chevrolet also experienced an increase in non-luxury shopper consideration, up to 27% in Q2 from 25% in Q1. KBB says shopping consideration for the Chevrolet Silverado 1500 pickup was up 28% from Q1, the biggest gain of any model in the industry.

It's a mixed bag for Japanese and South Korean non-luxury brands.  KBB says Japanese non-luxury brands lost shopping consideration, except for Mitsubishi which held steady. South Korean brands Hyundai and Kia held steady, as well – despite lower or stagnant shopping consideration, all had higher sales in Q2, and some set records.

Subaru suffered the biggest loss in shopping consideration of any brand, falling to 13% of all shoppers (a drop of three percentage points from Q1). KBB says the drop is possibly due its extremely tight inventories caused by the chip shortage. Subaru's most popular models, the Outback and Forester, had the scantest inventories throughout the quarter and fell the most among the Top 10 most-shopped non-luxury vehicles. KBB cites that shopping consideration for Forester declined 26%, while Outback was down 22%.

Pickup trucks enjoyed strong sales in the second quarter. KBB says 31% of non-luxury shoppers considered a truck.  KBB theorizes that all the interest in trucks may be due to strong construction and housing starts as Americans beef up home projects amidst the pandemic.  Some shoppers also may consider pickups as an alternative to SUVs.

Things slowed down a bit for SUVs in Q2, after reaching new heights in the first quarter. 64% of non-luxury shoppers considered an SUV in Q2 compared to a record 67% in Q1.  KBB says weakened shopping consideration for compact and midsize SUVs – both very popular categories with extremely low supply – likely drove the SUV category softening. It predicts that the segment will regain momentum as several anticipated new models hit the market soon, including Jeep's new Wagoneer and Grand Cherokee, the Mazda CX-50 and the Toyota Corolla Cross.

The SUV inventory shortage and lack of used vehicles may have helped sales of traditional cars rise 62% in Q2. Shopping consideration held steady at 33% of all non-luxury shoppers. The minivan segment held steady at 5% of all shoppers, and minivans had the lowest inventories of any segment through much of Q2.

The Top 10 most-shopped non-luxury vehicles list for Q2 represents a mix of trucks, SUVs and sedans, as well as domestics and imports. Ford and Toyota led with three vehicles each on the list, while Honda and Subaru each had two, and Chevrolet had one.


The 2nd quarter was a great one for BMW according to the KBB Brand Watch Q2 study both in terms of shopping consideration and sales. KBB says despite the global chip shortage, BMW managed to outmaneuver its competitors to deliver the largest gain in shopping consideration among luxury brands while also capturing the lead in luxury vehicle sales. With a healthy second-quarter gain of three percentage points from the first quarter, BMW remains the most-shopped brand for the 12th straight quarter. Of all luxury vehicle shoppers, 23% considered a BMW. 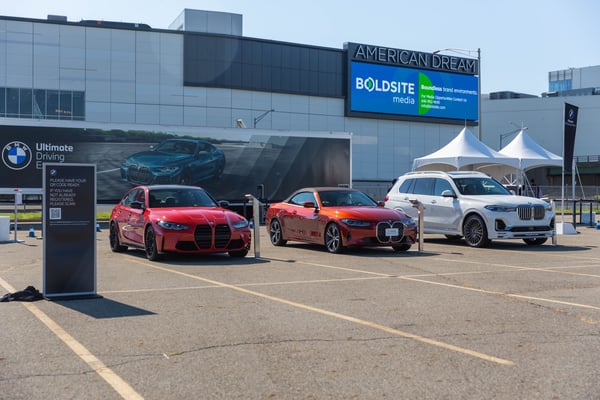 Four vehicles in particular spurred BMW's gains in Q2: the 5 Series sedan increased 42% and the 3 Series sedan rose 33%, while the X5 and X3 utility vehicles increased 11% and 8%, respectively. BMW's new electric i4 sedan and 2 Series are on the way soon as well.


No major story to tell in regards to shopping consideration for luxury SUVs. It remain largely unchanged from Q1 to Q2.  KBB says 66% of luxury shoppers considered an SUV. New upcoming models could reinvigorate the segment. The include the redesigned Lexus NX, the Volvo C40 and the Infiniti QX60.


Things are holding steady in the luxury sedan segment as well.  KBB research shows the segment is stabilizing and even slightly growing. In the second quarter,  luxury car shopping gained one percentage point to 55% of all luxury vehicle shoppers. KBB also notes the upcoming introduction of new models like the Audi A3, BMW 2 Series, Mercedes-Benz C-Class and Acura ILX.


Luxury cars may have made more gains than SUVs in Q2, but SUVS still make up most of the top 10 most-shopped luxury vehicles last quarter.   BMW leads among brands with four vehicles on the Top 10 list, Tesla and Buick each had two, and Lexus and Acura each had one. While Tesla shopping consideration has waned overall in Q2, dipping a percentage point due to declining consideration for the Model 3, Model Y and Model S, the brand continues to dominate the list of most-shopped EVs and holds tight to the No. 1 spot of most-shopped luxury vehicles with the Model 3.