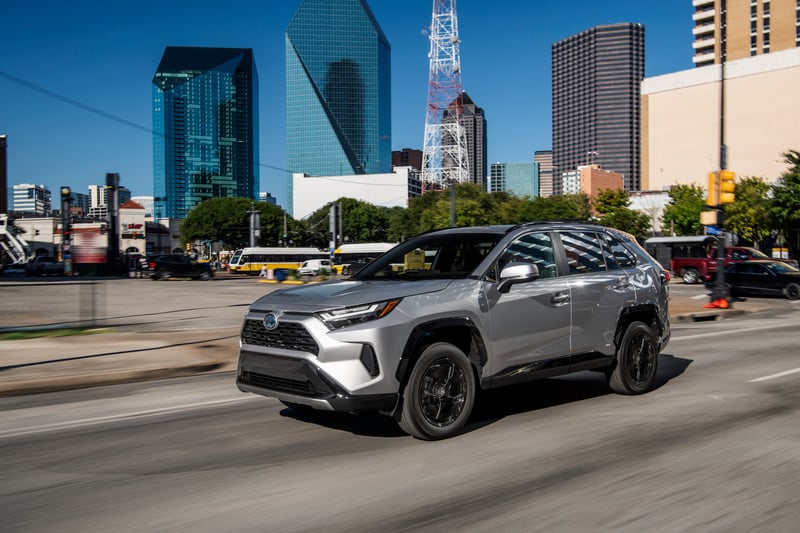 The Toyota RAV4 is celebrating a milestone - a quarter century in North America.  The RAV4 arrived in the U.S. back in 1996, two years after being introduced in the Japanese market. When it launched in the U.S., the price tag for the five-door model was around $17,000.  And here's a fun fact: The RAV4 name originally stood for “Recreational Activity Vehicle: 4-Wheel Drive" (though it's always offered a choice of forward- or all-wheel drive.)

The RAV4's arrival on the scene paved the way for a new type of vehicle category. Toyota says its sedan-like ride, handling, and comfort characteristics essentially opened the floodgates to a new "crossover SUV" segment, and now, 25 years later, we of course know how that's turned out.

The current fifth generation RAV4, introduced in 2019, remains the leader in its size class, and it's been America’s best-selling, non-pickup passenger vehicle for the past four years. 
This year, the lineup welcomes a new SE Hybrid grade. It delivers sporty performance and style but at a lower price compared to the XSE. It includes mono-tone paint, fabric trimmed seats and a 7-inch touchscreen with six speakers. Available options include a weather package with a heated leather steering wheel, heated front seats and rain-sensing windshield wipers with a de-icer function. A convenience package includes a moonroof, height adjustable power lift gate and an upgraded Audio Plus sounds system with a 9-inch touchscreen. 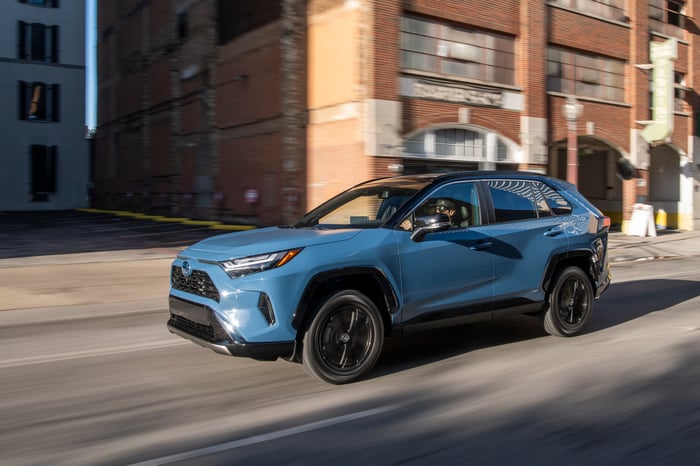 XLE grades and above receive updated headlamps – Toyota says both for style and for capability improvement. New LED fog lamps are being introduced for XLE Premium, Limited, Adventure and TRD Off Road.  The XSE Hybrid is equipped with the super sleek vertical lights that debuted on the XSE Prime in 2021. 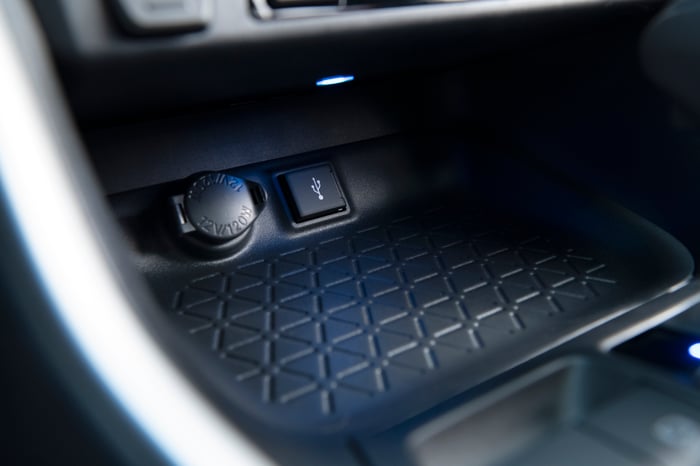