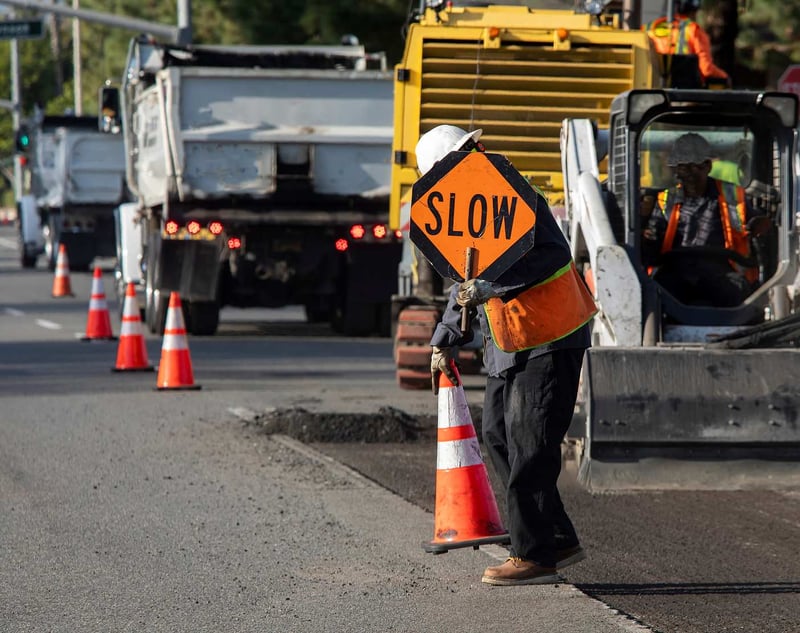 It's National Work Zone Awareness Week across America. In Texas, as road construction ramps up across the state, safety officials are asking motorists to slow down and stay alert when driving through the thousands of work zones in Texas to protect themselves and others.  Last year, work zone traffic deaths increased substantially in the state.


The Texas Department of Transportation reports there were 26,000 traffic crashes in work zones in 2021, resulting in 244 deaths, a 33 percent increase over the previous year. Another 856 people were seriously injured. The majority of those killed were drivers and passengers.  According to TxDOT, 195 motorists or vehicle passengers were killed, along with 38 pedestrians, four bicyclists and three roadside construction workers. TxDOT says speeding and driver inattention were the leading causes of crashes.

“It’s cause for tremendous concern that the number of people killed on our roadways reached a 40-year high last year and fatalities in our workzones rose dramatically,” said TxDOT Executive Director Marc Williams. “It’s important for drivers to remember that driving conditions in work zones can be especially challenging because of extra congestion, slow-moving heavy equipment, temporary barriers and vehicles that make sudden stops. That’s why it’s crucial for everyone to give driving their full attention and drive a safe speed in areas where construction and maintenance are underway.”


TxDOT also reminds us how important it is to comply with the state's Move Over/Slow Down law that requires drivers to move over a lane or reduce their speed to 20 mph below the posted speed limit when approaching a TxDOT vehicle, emergency vehicle, law enforcement, tow truck or utility vehicle stopped with flashing lights activated on the roadside.  Laws vary by state. Car Pro Show host Jerry Reynolds writes more on this topic in his article Watch Out For Our First Responders.


The “Be Safe. Drive Smart.” initiative is a key part of #EndTheStreakTX,  TxDOT's social media and word-of-mouth campaign designed to encourage drivers to make safer choices while behind the wheel such as wearing a seat belt, driving the speed limit, never texting and driving, and never driving under the influence of alcohol or other drugs.  Nov. 7, 2000 was the last deathless day on Texas roadways and the campaign asks all Texans to commit to driving safely to help end the streak of daily deaths.