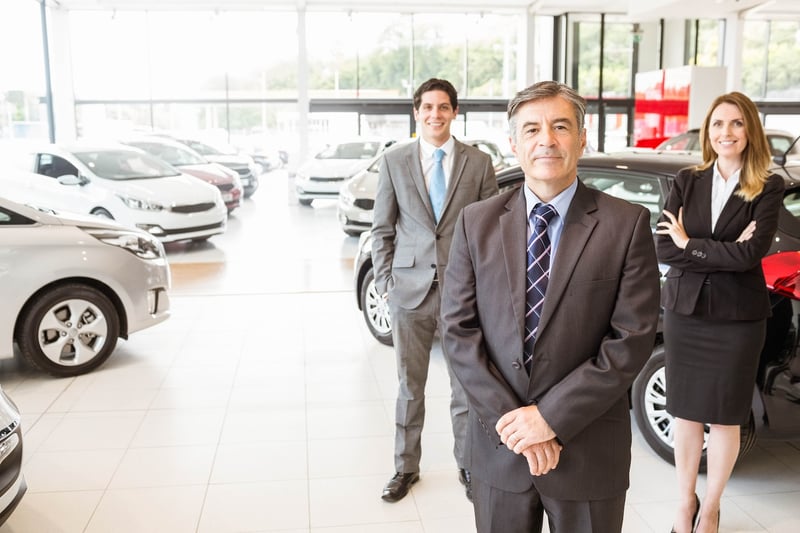 All the years I was a Ford dealership owner, it became clear to me at some point that the perception of consumers was that Ford Motor Company and my Ford dealership were one and the same.  The truth is, that could not be further from the truth.

In a nutshell, automakers produce vehicles; dealers sell them to the public, in every case except Tesla, which builds cars and sells them direct to customers, but this is the lone rare exception.

When a customer had a severe problem with a car, I would have to direct him or her to Ford Motor Company if he or she wanted me to buy his or her car back or if he or she wanted to pursue the Lemon Law.  Often he or she didn’t understand why, and I would have to explain that it was Ford Motor that manufactured the vehicle and is ultimately responsible for it.  We didn’t have a place in the back where we built cars.  As a dealer, my job was to do my best to repair it, and Ford paid me to do so.

Car companies are business entities that most often are publicly traded.  Car dealers are privately owned in most cases.  The automaker doesn’t own any part of your local car dealer, and vice versa.  The two companies have very different functions and, in reality, are worlds apart.

A car maker’s sole purpose is to manufacture automobiles that people want to own.  While that is an important task, the truth is car companies only have one customer, and that is their dealers.  Automakers do not build cars on speculation and store them until a dealer buys them.  Every vehicle produced is ordered by a dealership, and the minute it rolls off the assembly line the dealership’s bank account is debited for the cost of the car.

On the opposite side of that, the dealership is speculating that it can sell every vehicle it orders.  There is no option to return it to the factory, it must find a way to sell it, and in the meantime it is paying interim interest charges every single day.  Every new vehicle is eventually sold, even if it takes years and is sold at a sizeable loss.

When an individual like myself purchases a dealership, we understand our responsibility to sell and service vehicles made by the manufacturer we represent.  While my franchisor does not own any part of my dealership, you understand that you are the face of the franchise.  You sign a legal, binding document agreeing to various requirements, and in severe cases, an automaker can force a dealership owner to sell its business.

As a dealer, you are forced to purchase many things from the automaker you represent. This includes everything from parts, to tools, to the sign in front of your building, right down to vehicle brochures.  If your automaker builds a new vehicle that is a flop, you still have to buy them and figure out how to sell them.  I had my share of Pintos, Granadas, Mustang IIs, and Couriers to sell over the years.

My dear friend Dane Minor, the managing partner at Freeman Toyota in DFW puts it best:  “The factory retails their cars to the dealerships, then they have to figure out how to sell them.”

For me, the exciting thing about being a dealership owner was having everything on the line every day.  The buck stops with you.  People come to you all day long and you must make a decision: ”let me think about it” won’t get the job done.

Automakers have their functions, and dealerships have very different ones.  That is the way the franchise system works, and it has worked well for over a century.