Used Cars That Increased & Decreased The Most In February 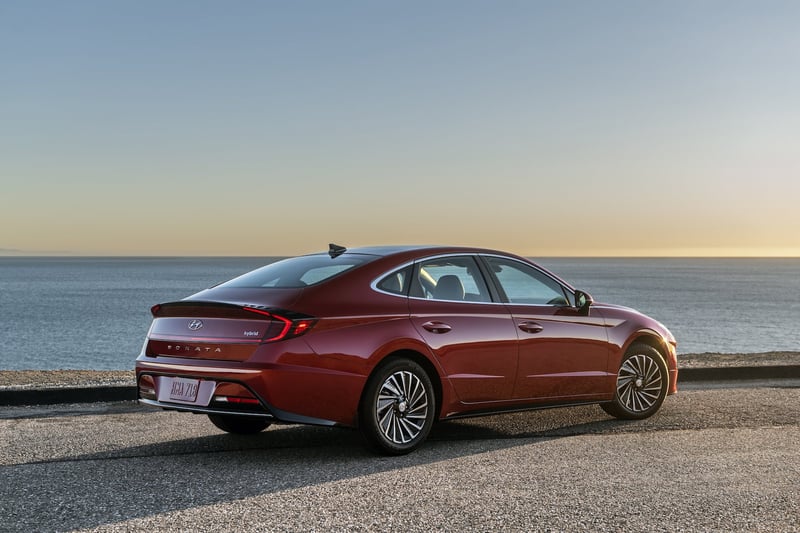 If you're in the market for a used vehicle, you know there are two sides to that story.  High prices and likely sticker shock if you're buying -- but unprecedented trade-in values if you have one to swap.  It's something Car Pro Show host Jerry Reynolds addresses on the show and reminds car shoppers of as we head into the end of the month and the first quarter.

We turn to iSeeCars.com once again to look at the data. According to its analysis of 1.8 million used car sales in February, prices increased an average 35.0%, or $9,080 year-over-year, but note it's down from the 36.9% increase in January.

iSeeCars says that although the average used car has significantly increased in price,  there are some vehicles out there with lower-than-average increases, making them smarter buys.


First, the top ten used cars with the steepest price increases according to iSeeCars. Price changes are 1.3 to 1.8 times the average vehicle’s price increase and are primarily small, relatively affordable cars and alternative-fuel vehicles.

Number one on the list:  A used Hyundai Sonata Hybrid which is up 61.2% year-over-year in price. The Toyota Prius is number 10 with a 46.7 percent price increase.

“Hybrid vehicles are in high demand due to soaring gas prices, with the hybrid category as a whole increasing in price by 47 percent,” said  iSeeCars Executive Analyst Karl Brauer. “Affordable transportation has seen a surge in demand in the wake of heightened used car prices , and these hybrid cars are less expensive than the average used car.”

The rest of the list is made up of two all-electrics and small non-electrified cars that includes the Chevrolet Spark, Kia Forte, Kia Rio, Kia Soul and the Toyota Corolla.

“The Chevrolet Spark and the Kia Rio are among the lowest-cost cars on the market, while the Kia Forte and Kia Soul are among the lowest-priced options in their respective vehicle classes,” said Brauer. “These vehicles, along with the always-popular Toyota Corolla, are attainable for new drivers and those looking for affordable transportation, even after with their large increase in price over the past year.”

iSeeCars.com says Nissan LEAF prices are up likely due to the record gas prices and the 2018 redesigned model.  Model S used prices are up too.

"Meanwhile, demand for used versions of the Model S waned in recent months as consumers embraced the more affordable Model 3 and the Model X SUV,” said Brauer. “But with the recent upgrades to the Model S, plus the new ‘Plaid’ model and higher fuel prices, demand has increased for the Model S.”

The Mercedes-Benz G-Class rounds out the list. There's more than a year wait for the new version so buyers are turning to the used car marketplace.


Now the list of the 10 top used cars with the smallest price changes.  iSeeCars.com says they're priced 1.7 to 3.2 times less than the average vehicle and are mainly luxury and sports cars.

Four luxury crossover SUVs make this list. They're some of the most expensive vehicles in their class which iSeeCars.com says could explain why their price increases are lower than competitors. Three pickup trucks make the list including the seventh-ranked Honda Ridgeline, the ninth Nissan Titan XD, and the tenth-ranked Ford F-150, and the ninth-ranked Nissan Titan.

“The Nissan Titan and its XD heavy-duty-ish model are the slowest-selling trucks in the full-size segment and the Honda Ridgeline is among the slowest-selling in the compact segment, reflecting low demand in the used car marketplace,” said Brauer. “The Ford F-150 is the most popular vehicle across all categories and was redesigned in 2021, so older versions are in abundance in the used car market and aren’t in as high demand as other pickup trucks.”

Three sports cars also make the cut: the Mazda MX-5 Miata RF, the Porsche Panamera, and the Chevrolet Camaro.  iSeeCars says sports car prices spiked early on during the pandemic, so their increase this year aren't as dramatic.

Why Are Used Cars So Expensive? Chip Shortage Explained


You've heard Jerry talk about the microchip shortage and its impact on the automotive market and pricing for months now.  It's a supply versus demand situation initially caused by a lack of microchips during the pandemic.

As SeeCars further explains, microchip suppliers paused production in the beginning of the COVID-19 pandemic to protect workers, and the economic slowdown caused automakers to order less computer chips. When the economy began to recover, increased demand for personal electronic devices led to microchip factories becoming overwhelmed. Companies couldn't provide the chips to automakers who were then forced to stop new vehicle production due to the chip shortage.

As a result of all of this, more car buyers turned to the used car market because there just weren't new vehicles available.  Demand for used cars also increased as consumers moved away from cities and required personal vehicles as people abandoned public transportation during the pandemic.  While all this was going on, there was reduced supply at dealerships as fewer people were trading in their old cars, which led to a used vehicle shortage.  As a result used car prices are at the record high levels they are today.

New vehicle prices are up, too.  iSeeCars says the average brand new car costs above sticker price.  There are also fewer incentives due to the shortage of new cars, which has elevated the average price paid for new cars while most buyers are paying above MSRP.  The situation isn't expected to get better soon. iSeeCars also says the Russia/Ukraine conflict is expected to further elevate new vehicle prices as Russia is a key supplier of nickel, palladium, and aluminum, all of which are required for vehicle production.

Researchers say the new geopolitical factors are expected to exacerbate and prolong the current used car car prices increase. So rather than waiting to buy used, as iSeeCars says shoppers have been previously advised to do, the best plan is to either keep your current vehicle or go ahead and purchase a used vehicle that's not in high demand, and to be as flexible as possible with color choices and trims.

For the latest on the car market tune in each weekend to the Car Pro Show for advice from The Car Pro Jerry Reynolds. Also subscribe to the weekly newsletter below for car buying advice, sales numbers and automotive news.