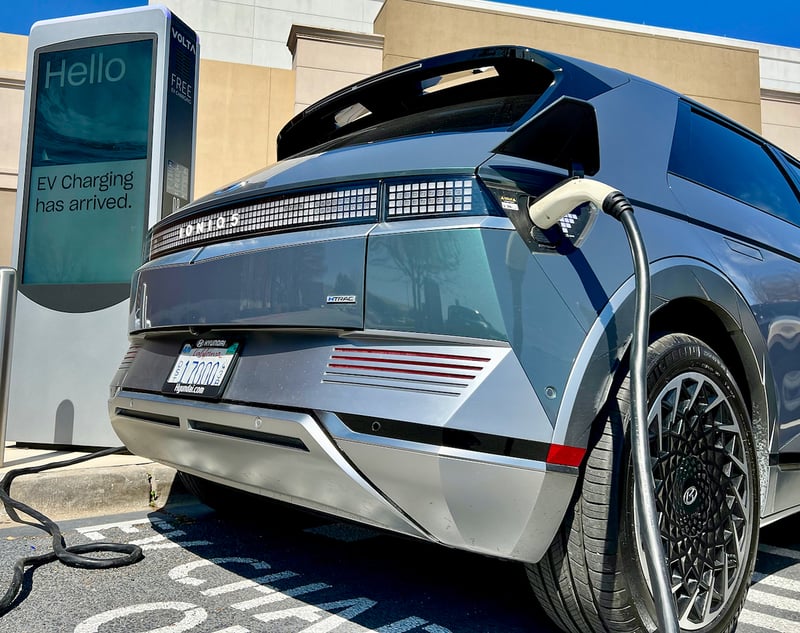 The politicians LOVE to make the attention-grabbing headlines, even if everyone knows it is impossible to achieve.  As you read the info below, just know this is a “target”, which in reality means nothing.

I report, you decide.  - Jerry Reynolds, The Car Pro

Washington State is making headlines for recently passing the most ambitious law in the U.S. designed to phase out gas-powered vehicles. The Clean Cars 2030 measure signed into law by Washington State Governor Jay Inslee targets a date of 2030 for all new cars sold, registered or purchased in the state to be electric, well ahead of California's 2035 deadline. It also establishes an interagency council tasked with creating the plan to make it happen. The law was passed as part of "Move Ahead Washington," a nearly $17 billion transportation package.

Electric Vehicle Goal A target is established that all passenger and light duty vehicles of model year 2030 or later be electric vehicles, and requires the Interagency Electric Vehicle Coordinating Council to complete a scoping plan for achieving the 2030 target.  Source

According to the Seattle Times, currently just 1.3% of vehicles on Washington State's roads are electric. As of September 2021, EVAdoption stats place Washington State fourth in the nation when it comes to EVs on the roads. (California is first followed by Florida and New York, while Texas is fifth.) The Tesla Model Y and Model 3 are the top EVs in the state, followed by the Nissan LEAF. You can see a pie chart of the most common models here.

"Clean Cars 2030 outlines a clear path forward for the future of the electric vehicle transition in our state," said Senator Marko Liias. "This part of our Move Ahead Washington plan will create a timeline with the data, tools, and guidelines that every sector from governments to businesses can plan for with confidence. This is a monumental step towards reducing our carbon emissions in Washington, and I'm proud that Washington is once again a leader in addressing the climate crisis."

"Clean Cars 2030 puts Washington on the road to powering its vehicles with cheap, clean, renewable electricity produced in-state and reduces the threat that oil and gasoline pose to our air, water, health, and economy," said Representative Nicole Macri, who first introduced the measure in 2020.

Clean Cars 2030 is supported by a non-profit group called Coltura that's focused on phasing out the use of gasoline. Coltura says the measure will spur public and private investment in EVs and EV charging infrastructure and help Washingtonians save money on vehicle fuel and maintenance with the benefits of cleaner air and water.

"The war in Ukraine and the burden of high gas prices on families demonstrate the importance of ending our dependence on gasoline and preparing for an all-electric transportation future," said Matthew Metz, co-executive director of Coltura, a nonprofit focused on phasing out the use of gasoline. "By targeting 2030 as an end date for the sales of gasoline cars in Washington, Clean Cars 2030 gives confidence to consumers, automakers, utilities, investors, and others that now is the time to go all-in on an all-EV future."

Coltura commissioned research that was conducted by Yale University, George Mason University, and Climate Nexus that found that 55 percent of voters nationally support a full phaseout of gasoline cars starting in 2030. The group says it's working to pass similar measures in other states including Rhode Island where a Clean Cars 2030 bill was recently introduced in the legislature.