4th of July Quotes From Our Founding Fathers 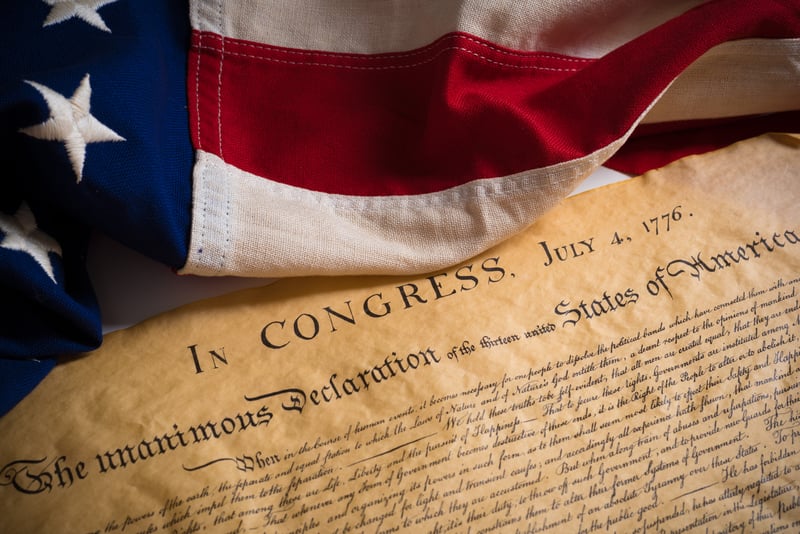 Just my humble opinion, but many of our youth today do not realize the true meaning of the 4th of July.  It is, after all, our Independence Day.   Holidays are always fun and a great time to get together with family and friends, but freedom isn’t free, and never will be.  Men and women of America have laid down their lives so we could enjoy living in the greatest nation on earth.

I hope you’ll pause, give thanks, and remember those who died before us, and are still dying today, to preserve these United States of America.  Below are some thoughts from our founding fathers and others.  I hope you enjoy.

John Adams, 2nd U.S. President and Signer of the Declaration of Independence

“Suppose a nation in some distant Region should take the Bible for their only law Book, and every member should regulate his conduct by the precepts there exhibited! Every member would be obliged in conscience, to temperance, frugality, and industry; to justice, kindness, and charity towards his fellow men; and to piety, love, and reverence toward Almighty God … What a Eutopia, what a Paradise would this region be.”

Thomas Jefferson, 3rd U.S. President, Drafter and Signer of the Declaration of Independence

“God who gave us life gave us liberty. And can the liberties of a nation be thought secure when we have removed their only firm basis, a conviction in the minds of the people that these liberties are of the Gift of God? That they are not to be violated but with His wrath? Indeed, I tremble for my country when I reflect that God is just; that His justice cannot sleep forever; That a revolution of the wheel of fortune, a change of situation, is among possible events; that it may become probable by Supernatural influence! The Almighty has no attribute which can take side with us in that event.”

John Hancock, 1st Signer of the Declaration of Independence

“Resistance to tyranny becomes the Christian and social duty of each individual. … Continue steadfast and, with a proper sense of your dependence on God, nobly defend those rights which heaven gave, and no man ought to take from us.”

Benjamin Franklin, Signer of the Declaration of Independence and United States Constitution

“Here is my Creed. I believe in one God, the Creator of the Universe. That He governs it by His Providence. That He ought to be worshipped. That the most acceptable service we render to him is in doing good to his other children. That the soul of man is immortal, and will be treated with justice in another life respecting its conduct in this. These I take to be the fundamental points in all sound religion, and I regard them as you do in whatever sect I meet with them. As to Jesus of Nazareth, my opinion of whom you particularly desire, I think the system of morals and his religion, as he left them to us, is the best the world ever saw, or is likely to see; But I apprehend it has received various corrupting changes, and I have, with most of the present dissenters in England, some doubts as to his divinity; though it is a question I do not dogmatize upon, having never studied it, and think it needless to busy myself with it now, when I expect soon an opportunity of knowing the truth with less trouble. I see no harm, however, in its being believed, if that belief has the good consequence, as probably it has, of making his doctrines more respected and more observed; especially as I do not perceive, that the Supreme takes it amiss, by distinguishing the unbelievers in his government of the world with any peculiar marks of his displeasure.”

– Benjamin Franklin wrote this in a letter to Ezra Stiles, President of Yale University on March 9, 1790.

“The American Revolution was a beginning, not a consummation.” ~Woodrow Wilson

“Freedom has its life in the hearts, the actions, the spirit of men and so it must be daily earned and refreshed – else like a flower cut from its life-giving roots, it will wither and die.” ~Dwight D. Eisenhower

“Those who expect to reap the blessings of freedom, must, like men, undergo the fatigue of supporting it.” ~Thomas Paine

“Freedom is nothing but a chance to be better.” ~Albert Camus

“This nation will remain the land of the free only so long as it is the home of the brave.” ~Elmer Davis

“You have to love a nation that celebrates its independence every July 4, not with a parade of guns, tanks, and soldiers who file by the White House in a show of strength and muscle, but with family picnics where kids throw Frisbees, the potato salad gets iffy, and the flies die from happiness. You may think you have overeaten, but it is patriotism.” ~Erma Bombeck

“Liberty is always dangerous, but it is the safest thing we have.” ~Harry Emerson Fosdick

“In the truest sense, freedom cannot be bestowed; it must be achieved.” ~Franklin D. Roosevelt

“This, then, is the state of the union: free and restless, growing and full of hope. So it was in the beginning. So it shall always be, while God is willing, and we are strong enough to keep the faith.” ~Lyndon B. Johnson

“For what avail the plough or sail, or land or life, if freedom fail?” ~Ralph Waldo Emerson

“It is easy to take liberty for granted, when you have never had it taken from you.” ~Author unknown, sometimes attributed to M. Grundler

“Liberty is the breath of life to nations.” ~George Bernard Shaw

“America is much more than a geographical fact. It is a political and moral fact – the first community in which men set out in principle to institutionalize freedom, responsible government, and human equality.” ~Adlai Stevenson

“We on this continent should never forget that men first crossed the Atlantic not to find soil for their ploughs but to secure liberty for their souls.” ~Robert J. McCracken