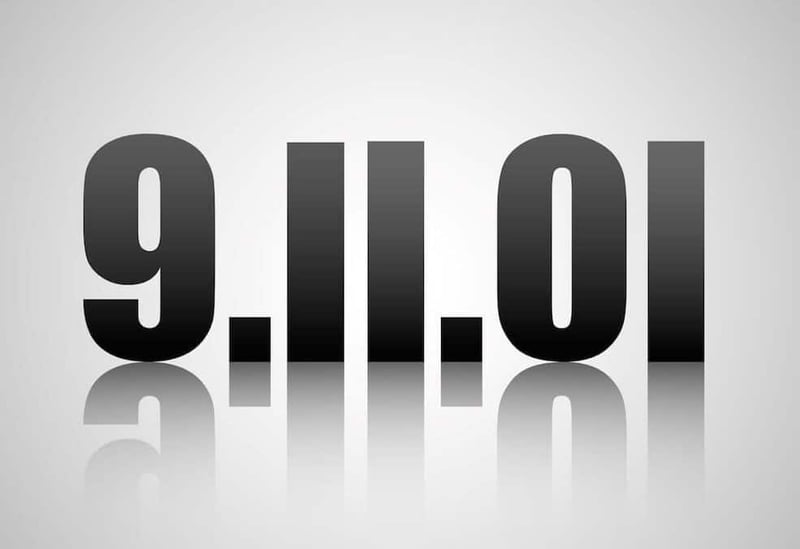 Depending on your age, there are some events in life you remember exactly what you were doing when they occurred. For me, it was when John Kennedy was shot, the first space shuttle that exploded, and September 11, 2001.

I was the Ford National Dealer Council Chairman that year, and on that fateful Tuesday morning, I was scheduled to meet with Ford dealers in the west Texas area. Most are fairly small dealers, but there were a lot of them, so my job was to see what their issues were, gather that data, and take it back to Ford executives to see what could be done. I held a number of such meetings with large and small dealers around the country.

On September 10, 2001, I put in a full day at my dealership, ran home to pack a bag, and headed to Love Field to catch the last Southwest flight to Midland, TX where the meeting was to be held. I got to Midland around 9:30 PM, grabbed a cab and headed to the hotel to catch some sleep. The following day's meeting was being held where I was staying and was scheduled for 9:30 AM to give the dealers who were driving in time to get there.


I asked for a wakeup call for 8 AM, got up, and jumped in the shower. Once out, I flipped on the news, as is still my habit every day, and I distinctly remember it was Good Morning America on ABC. Charlie Gibson and Dianne Sawyer were on the desk and they were discussing a fire in one of the World Trade Center towers.

I was shocked by this, considering I had dinner at the top of one of the towers just a few months earlier. The anchors were speculating at this point that a small plane had hit the tower and they had a camera fixed on the building. As I was watching, the second plane slammed into the other tower. I remember thinking that the second plane was not small by any stretch. Charlie and Dianne saw it too, and I suppose Charlie was searching for understanding but asked "what are the odds two planes would hit the two towers on the same day?" or words to that effect. It was then I realized we were under attack as a nation.

I watched coverage until 9:15 Central and headed downstairs to my meeting. I asked for a TV to be brought into the room and turned on. As the dealers entered the room, everybody was aware of what was going on, but none of us knew the full extent. I called the meeting to order at 9:35 AM. I explained what we hoped to accomplish before noon. As I looked around the room of 30-35 women and men, I could see the worry on their faces. It was almost like everyone was in a daze.

I was in no better shape and five minutes into the meeting, I stood up and will never forget my words. I said :you know what, there are more important things going on than this. Go be with your families, this can wait". With that, the meeting was over. I have to admit, getting home was all I wanted to do as well.

As I walked into the lobby of the hotel, I saw on the TV that all flights were being grounded. I was 350 miles from home, no way to get there, and the world was falling apart.

Besides the Ford dealers at the meeting, there were three Ford managers there. The Regional Sales Manager, the Regional Customer Service Manager, and I had invited the gentleman who ran the parts depot in Carrollton, TX. The dealers were having logistics issues getting parts on time so I had him there to answer questions.

The Regional Sales Manager was a dear friend, and I asked him how he was getting back to Dallas. He said the parts depot manager had rented a Mercury Grand Marquis the day before from Hertz and that the four of us could ride back to Dallas together. I was incredibly relieved. The man who rented the car was on the phone with Hertz, and they were giving him a hard time about taking the rent car to Dallas. I told him to tell them my name, my dealership's name, and that the car WAS INDEED going to Dallas, I'd just buy it from them at whatever price they wanted. We threw clothes into our bags, then into the trunk of the car and headed out with the parts guy driving.

It was a bit of a creepy ride, to be honest. We were listening to the news and the absence of airplanes was a bit unnerving. The highway was relatively bare of cars. There were a lot of 18-wheelers, but car traffic was very light. We'd been on the road about a half hour and I saw a sign that said El Paso 275 miles. I must have been the only one who noticed it and said: "guys, we're going the wrong direction". Sure enough, the compass showed we were headed west and needed to be going east. We took the first turn and headed toward Dallas, adding an hour to our trip.

As I recall, we got back to the DFW area around 3 PM, and my carpool pals dropped me at Love Field where my car was and I first headed to my dealership to see what was going on. There was not a customer in the place. I told my sales managers to close at 6 PM, instead of the usual 9 PM and went home, dog tired and uncertain what the future would hold.


In the coming week or so, my dealership that typically sold 20 to 30 cars per day during the week, was lucky to sell 2-3. President Bush met with the heads of Ford, GM, and Chrysler and asked what they could do to get the economy moving again, and on September 21, 2001, General Motors hit the airwaves with a program called Keep America Rolling. The message was simple: 0% APR financing for five years on every GM vehicle. It had never been done across the board before. Ford scrambled to match the offer the following day, but it took Chrysler longer to match and get their ads done.

Suddenly, we went from selling virtually no cars to the busiest time I can ever remember. Through the end of October 2001, we sold more cars than I ever remember. We could not keep up with demand and had not ordered enough cars, but we got through by the time the end of November came around, and 0% ended.

As they say, the rest is history. The historic 0% offer by GM began a long period of incentive spending that still lasts today. Consumers were trained to wait to buy cars, the big rebates and 0% would soon return. As we now know, it was the big rebates and other incentives that brought down General Motors and Chrysler, much like airplanes brought down the World Trade Center towers.