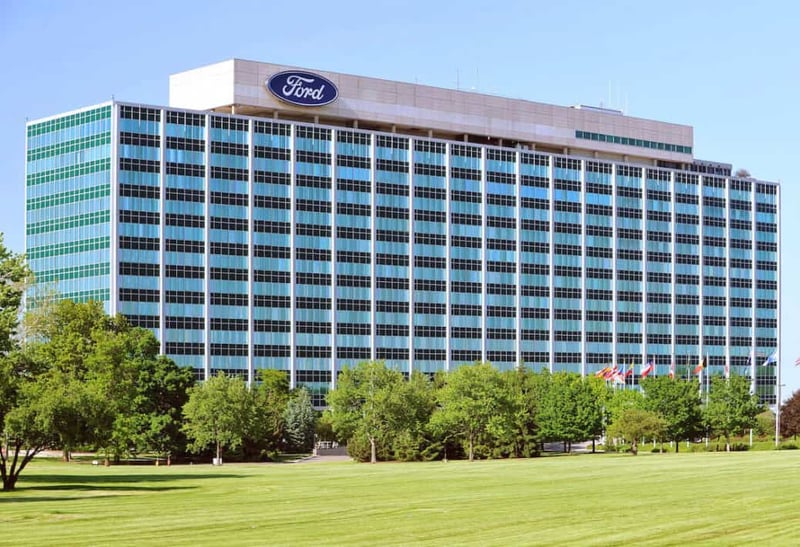 I had purchased my Ford dealership in 1996, and the trouble started in 1997. I am talking about Ford Motor Company's plan to buy all the dealerships in large markets and run them instead of having dealer-operators do it. Never mind that the franchise system had worked extremely well for almost 100 years at that time. You see, dealers have to send Ford a financial statement every month and they see your net profit. They decided they wanted that money for themselves.

They tried and failed to convince all the dealers in Indianapolis to sell, but they didn't budge. They went to Tulsa next in April of 1998 and the dealers there sold and we had the beginning of what was known as the Ford Auto Collection: Factory owned and operated dealerships.

A year and a half earlier, General Motors had the same idea, except not necessarily entire markets. They had targeted 800 dealerships to purchase, but the uproar from their dealers convinced them to back off the plan. Ford, under CEO Jacques Nasser, was not going to be deterred and marched on, in spite of objections from their dealers, myself included.

After Tulsa, San Diego came on board, then Rochester, NY, Salt Lake City, and finally Oklahoma City. Somewhere in the middle of all this, Ford purchased five Ford stores in Fort Worth and that is when I got REALLY angry. It was just too close to home for me. The Texas Auto Dealers Association quickly went to work and the legislature passed a law that no manufacturer can own a dealership in Texas for more than a year. Ford quickly dumped all the Fort Worth stores on AutoNation, which was not a perfect scenario, but better than the factory owning them.

You may wonder why the dealers cared one way or the other. We did not want to compete with our franchise holder. When you own a dealership, in my case a Ford store, you have it all on the line, every hard-earned dollar and you risk that every day at 7 AM when the gates swing open. The underlying feeling was Ford wanted to push us out.

In the fall of 1998, we had a local Ford Dealer Council meeting in Dallas. The purpose was to send our rep back to Detroit with a list of issues that was prioritized. The hot topic was the Auto Collections, of course, and I minced no words. I was the new kid in town in a room full of veteran Ford dealers, some in business over 30 years.

Our Dealer Council rep was at the end of his two-year term, and we had to vote on a replacement for him. He told us what it entailed and it sounded grueling. Luckily, I didn't have to worry about that being the rookie in the room. The rep, who was a Ford dealer in Fort Worth, asked for nominations.

A Dallas Ford dealer named Fred Salinas (now a Ford dealer in Crosby, TX) jumped up and said: "I nominate Jerry Reynolds." WHAT? ME? No way.

It was sort of like the Three Stooges skit where a volunteer is needed and two of them take a step backwards. There were no other nominations, so no need for a vote, I was it, just like that. My head was spinning and I left in a bit of a daze. One thing was clear, the Ford Regional Manager at the time was not overly pleased with me being elected. I had been too vocal about Ford owning dealerships and they sort of like to stack the deck and have Dealer Council reps they could control. I was not that guy.

Regular trips to Dearborn, Michigan started almost immediately with an orientation meeting. The then-Chairman of the Dealer Council was a man named Ron Boyer, who had a Ford dealership in Littleton, Colorado. He and I were not associated, but we had a common business partner, so we knew each other's dealerships well.

At orientation, we were to split up into committees, each one having a committee chair and 4-5 members on the committee. I was one of the biggest dealers in the country with Ford Motor Credit, so Ron had asked me in advance if I'd be on the finance committee. It made sense given my exceptional relationship with Ford Credit.

Then when it came time for Ron to name committee heads, he named me as the head of the finance committee. This was unprecedented and took me totally off guard. Committee heads were always second-year members. There was a lot of grumbling, but it was a done deal.

As I got comfortable with the Council process, I continued to speak out about the Auto Collections. Sadly, it put me at odds with a man I respected greatly. Ross Roberts had been the General Manager over all of Ford in America. He got the task of putting the Auto Collection together. Ford knew Ross was extremely popular with the dealers and thought he was the man who could sell the dealers on the concept. God love him, he tried but nobody was that good a salesman.

One day, Ross briefed the Council on the Auto Collections and gave some numbers about how well they were doing. I bit my tongue and finally said "Ross, that's just not true," and went over numbers I knew to be accurate. He had steam coming out of his ears and got red in the face. The presentation ended shortly after.

A month or so later, there was a broadcast to every dealership over the Ford satellite network. It was hosted by Ross, and the man who took his place, Jim O'Connor. Ross said something to the effect of "we even have a Dealer Council member, Jerry Reynolds from Texas, giving false information to the press about the Auto Collections." Jim O'Connor jumped right to my defense, something I will never forget.

The following year, I was elected Dealer Council Chairman by my peers. I continued to fight the Auto Collections and by then it was clear it was going to fail, and that it had been arguably the most divisive decision Ford ever made against the Ford dealers. Market share plunged in all the Auto Collection cities and in many, Chevy outsold Ford for the first time in decades.

By the end of my second and final year on the Dealer Council, I was tired. It was not uncommon to get a call at 5 PM asking if I could be at a meeting in Dearborn the following morning. You had no choice but to take the redeye to Detroit that night, and I did that many times.

At the last meeting I was going to chair, one agenda item was the election of my replacement. As I recall, it was a Salt Lake City Ford dealer (the lone holdout not to sell to Ford there) named Brent Butterfield who asked if I would consider staying another year as Chairman. His rationale was we had a lot of issues unresolved and the continuity would be good for the dealers.

I was stunned and not sure what to do. Everybody jumped on board and I was elected the first two-term Chairman. I will admit now that it was a good idea not to lose ground on the big issues we had.

I had a wonderful relationship with Ford Division President Jim O'Conner and he was a staunch supporter of the Ford Dealers, and equally as important, he was honest. He started his automotive career at a dealership and understood the challenges.

Ford started selling the Auto Collections dealerships back to individual dealers, one purchased by me as you know from True Story #26. By July 2001 the Auto Collections were no more. A few months later I got a call from Ford Chairman Bill Ford saying Jac Nasser was no longer the CEO of Ford. Although I had about six months left on my second term as Chairman, I felt like my work was done, but I stuck it out. 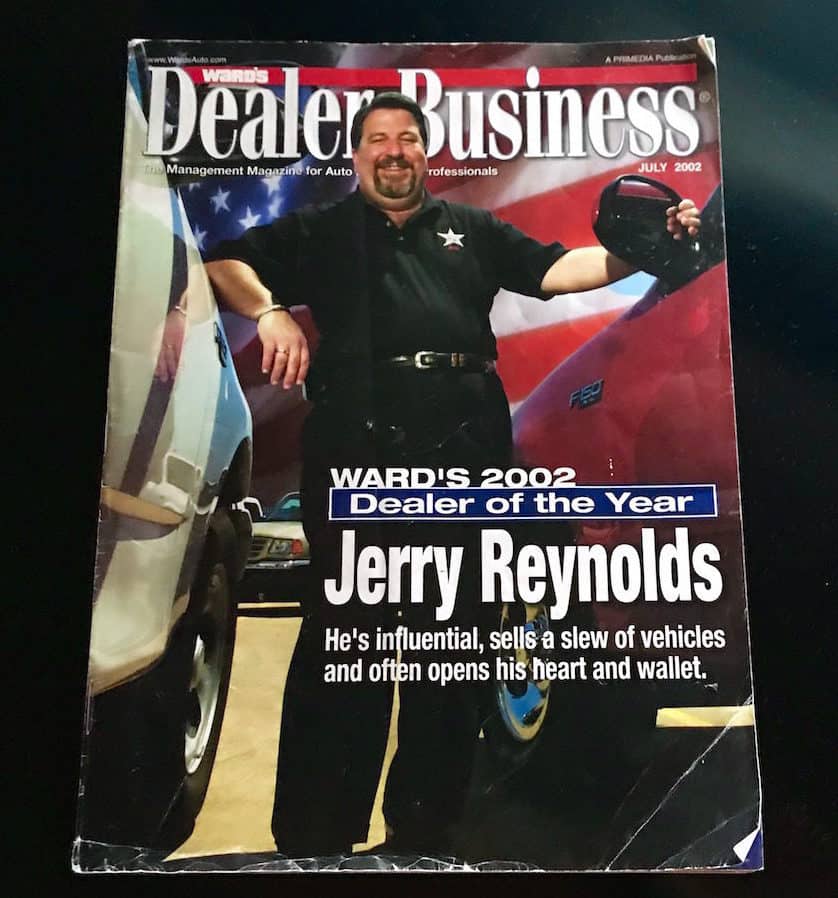 Used with permission from WardsAuto.

Jim O'Connor and I did a joint interview with Ward's Auto after the Auto Collections started being dismantled. I always appreciated Jim's candor as he said:


"We have to acknowledge that we paid a heavy price for the Auto Collections in terms of trust with our dealers," says Mr. O'Connor. "The first thing Jerry Reynolds said when he came to the council was that this is a major disconnect. Divesting ourselves of this hopefully puts us on a positive journey to improving and getting that partnership back that we were used to in the past."

When reminded that the dealers warned him about problems stemming from this idea when it was first announced, Mr. O'Connor said, "Well, that's true."

"It really showed us how valuable and important our dealers are and the great job they do for us," says Mr. O'Connor, a former general manager of a dealership. "I think that's certainly the number-one lesson, that the retail distribution network that we have in place is the finest in the business and that we shouldn't disrupt that."

Mr. Reynolds says, "It's not quite as easy to run a big Ford store, or any Ford store for that matter, as it appears. I think that Ford realized that dealers do a great job on a day-to-day basis servicing their communities and moving cars."

The dealers who served with me during my three years on the Dealer Council tackled a lot of issues and we had a lot of victories, perhaps none bigger than the constant pressure on Ford to get out of the retail auto business. The Dealer Council members I served with were outstanding business owners and served their constituents very well.

It was well known internally that there was no love lost between Jac Nasser and me. We butted heads on a number of issues. In a New York Times interview in 2001, just after Nasser was ousted, I was asked about the Auto Collection experiment:


"That was the beginning of the dealer relation problems," said Jerry Reynolds, chairman of the Ford National Dealer Council and a dealer in Garland, Tex.

"I begged him not to do this," he added. "He told me: "We're going to do this. We think we can learn from this and it can be profitable."Luckily, it failed."

A letter from the council, made public last month, said that a majority of dealers surveyed wanted change at Ford Motor to start with the departure of Mr. Nasser.


Another quote from WardsAuto regarding Nasser's relationship with dealers:

"Nasser came out in a $1,000 suit and tie and stood stiffly. I don't think he was ever comfortable with the dealers. Nick came out in a short-sleeve shirt, no tie, looking a little rumpled. He said, "I want to tell you how sorry I am about the things we've done." Talk about music to your ears."

Jerry Reynolds, outgoing chairman of Ford's national dealer council, on the differences between former Ford CEO Jacques Nasser and new COO Nick Scheele when the two appeared at a dealer convention this year.