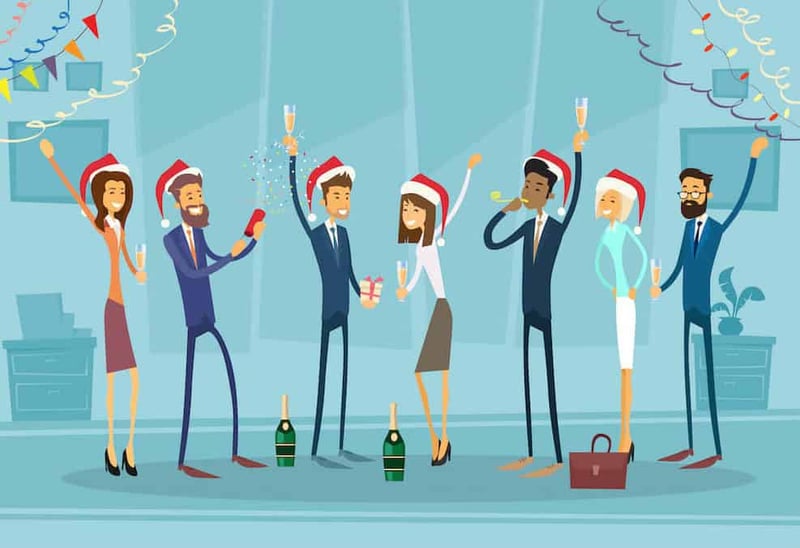 For whatever reason, people in the car business seem to love to have parties.  Most people in a dealership have high stress jobs and, frankly, they love to let their hair down in a non-dealership environment.

Good dealerships generally reward their employees with fun parties, especially around Christmas.  When I was a dealership owner, I tended to take things to the extreme.

Christmas parties were always my favorite.  I always loved them.  As sad as it was, as a dealership owner, you could go weeks without seeing some of your employees.  The grind of day-to-day operations could be grueling and consume every minute of your day.  The phone never stopped ringing, emails never stopped coming, and people popping in on you wanting to sell you something.  Lord, if I had a nickel for every person who “just needed five minutes of my time” I’d make Warren Buffett look like a pauper.

When you own a large dealership with an open door policy like I always had, there was never a spare moment.  This is what made Christmas parties so good.  You not only got to hug your employees, but you got to see your employees’ families and over time, got to see their kids grow up.

At the peak of my largest Ford dealership, I had over 400 employees.  At the same time, I had over 100 at my Lincoln Mercury Mazda dealership, and at my Oklahoma City dealership I had over 150 people working there.  It was impossible to get to every employee regularly, although in my heart, I wanted to.  I blocked out the time to make sure I touched everyone at the most special time of the year, Christmas.

At my Dallas Ford dealership, we had a Christmas party for employees and their families on Friday nights in the early years, usually the first or second week in December.  For a long time, we used a Country Club ballroom in the area, other years we would have to go to a hotel ballroom because of the number of people.  In the latter years, we went to a neat place that was actually a concert venue with a Country and Western flair.  We moved to Sunday afternoon employee parties, and Southern Junction would shut down to the public for our event.

Southern Junction was a cool place.  You could order a steak off the menu or go to the refrigerator units, pick your own steak and cook it yourself on massive grills.  Our people seemed to love it.  We always had a band, but three years in a row I hired Vince Vance and the Valiants to play.  Vince knew how to get a crowd on its feet, and was best known for what is still the most requested Christmas song of all time, “All I want for Christmas is you.”  Although the lead singing gal has changed over the years, it was always the hit of the party.

I also gave a speech every year that took hours to prepare.  I had to be sure to not leave anyone out.  I gave an update on our accomplishments of the year, department by department.  We recognized our employees of the year in each department, and I gave accolades to the managers of each department, from the bottom to the top.  It was a grueling speech that took an hour or so, but at one point, everyone in the room got to stand and receive applause from everyone else.  I always seemed to find something good to say about every group, even when things got tough around 2005.

We had a couple of other traditions at the big Ford store.  We did a children’s Christmas party on a Saturday morning in early December.  We sent out forms with employee paychecks asking how many children they had, their names and sex, and what their favorite gifts were.  My wife, my wonderful assistant Judy, and several of my managers’ wives shopped for every single child and there were hundreds of them, and each got a toy handed to him or her by Santa, Christmas cookies, and some juice.  It was an incredible sight.

The other big tradition was the Manager’s party, it became an event that was talked about all year long until the next party.  This one was always the Saturday night, the day of the children’s party, and the day before the employee party.  It was held at the nightclub of a large Hilton hotel in Dallas, we booked the entire room with open bar, a DJ for music, and a really nice buffet.  One of the fun parts of it was we left salespeople in charge of the dealership for that one night, and those we chose to be in charge were so proud and, frankly, did an incredible job.

After drinks and food it was time for my speech to the managers, but this speech I never rehearsed.  It was not necessary.  I had a check for every manager in the room for a Christmas bonus.  The funny thing was it was never a set amount, it was at my discretion.  If we had a great year, the check would be more than the year before.  If not it would be less.

When it was speech time, the DJ would turn up the music and play Bad To The Bone.  Not sure how that became my theme song years earlier, but it did.  I would call each manager and his or her significant other up, one at a time, say something nice about him or her or a funny remembrance, and hand out the bonus check, plus we always had a nice gift for his or her mate.  Typically, we gave them Christmas crystal pieces. It was a proud moment for each of them.  We had arranged for deeply discounted rooms and I encouraged them to spend the night.

There were other parties that had to be attended, one given by Ford Credit, and one put on by the Ford Dealer advertising board.

One year in particular I remember, we had the Oklahoma City Ford store Christmas party on Thursday night with all the employees, the Lincoln Mercury Mazda party on Friday night at Gilley’s in downtown Dallas, the children’s Christmas party Saturday morning, the Manager’s party Saturday night, and the Dallas Ford employee party Sunday afternoon.  I was exhausted and gratified all at the same time.

The biggest party ever was one year when Ford put up a contest that, if won, you had to have a celebration event for your employees.  They paid out $75 per employee, and if you did not spend it all, you lost it.  This was right up my alley.

We booked Southern Junction again and provided the steaks and fixings for everyone.  I booked the band Sawyer Brown for a private concert.  They had three gold albums and had the Country Music Television video of the year three times.  I invited Ford and Ford Credit executives, and a lot of the media people I talked about in story #26.

I got my first dose of a recording artist’s contract, right down to the color of the M&Ms in their room.  I got through that and personally picked the band up at the airport.  We had a meet and greet with pictures before the concert with our Ford friends, it was a magical evening to say the least.

One of the people in the audience I had invited was a popular DJ named Bill Kinder, who has his own syndicated radio show today called Big Billy Kinder’s Outdoor.  We had a shared a stage at a big 4th of July event in my town.  I welcomed everyone to the event, introduced Bill, and he introduced the feature band, K.C. and the Sunshine Band.

Bill introduced them as 7-time Grammy Award winners, five gold albums, fifteen number one singles, and multiple American Music Awards. When we walked off the stage, I asked how he remembered all that and that I had no idea K.C. and the Sunshine Band had won that many awards, to which he said: “Oh, they didn’t.  Nobody is listening anyway” and he smiled and walked away.

The night of the big dealership concert with Sawyer Brown, I introduced them something like 5-time Grammy award winners, three gold albums, six Country Music Association awards, and threw in a few other awards.  As I walked to my seat and they began to play, I walked by Bill Kinder, gave him a wink, and he knew exactly what I meant.


The concert was fantastic; Mark Miller, the lead singer of Sawyer Brown was just an incredible guy.  When they got back to Tennessee, he cut a commercial for me and ended up buying a pickup from me, which I shipped to his ranch.

Although Mark is known for his singing ability and dance moves, this was my favorite song of the night, and the one that got all the couples on the dance floor:

If by chance you are not familiar with Vince Vance, he is known for having beautiful girls singing with him, but better known for his hair.  No, I don’t know how he does it.  He was 60-years old when this was shot:

Of course, like every other party we had, I went way over budget with the Sawyer Brown evening, but never regretted it. 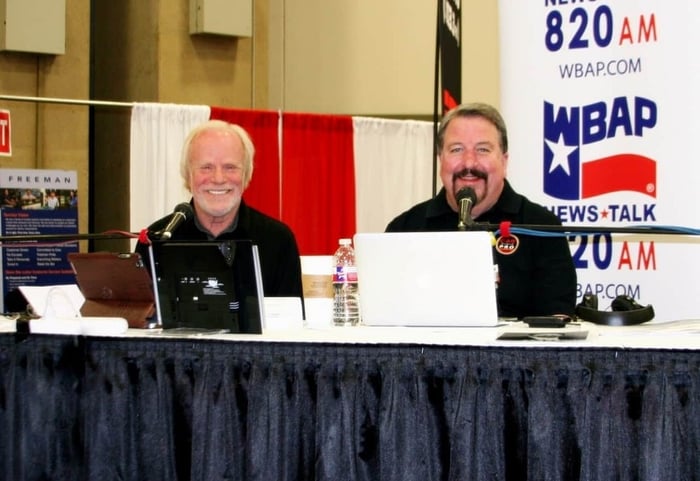