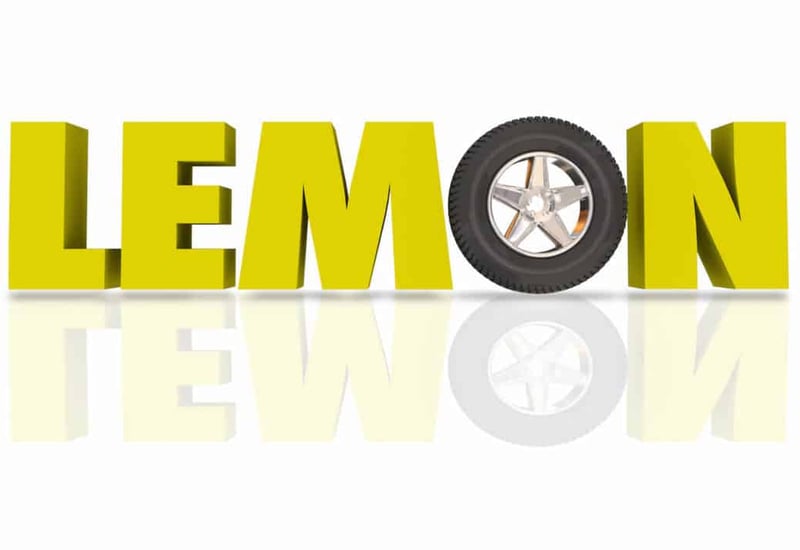 No dealership wants to sell a lemon, but at the time of sale, you have no idea how well a car is going to perform down the road. No automaker is immune to building bad vehicles. It happens with the cheapest vehicle sold and many that will set you back six figures.

I've talked many people out of purchasing Ford trucks with the 6.0 Powerstroke diesel engines. As a matter of fact, I did so on last Saturday's CarProUSA Show.

I owned my Ford dealership when the 6.0 came out in mid-2003. It was a disaster from the beginning. Making it worse, many of the customers traded their 7.3-liter trucks, one of the best diesels ever made, for a new 6.0.

I can't count how many good customers I lost, and a number of large fleet customers who purchased this diesel. It was extremely frustrating for the customers to have to bring their trucks back time and again. Many customers used their trucks for work, and loaning them a car or a half-ton truck didn't cut it.

It was equally frustrating for the Ford dealers. We tried so many different things to make them usable, only to see them pulling into the service drive once again. I can't count the number of these trucks I bought back from customers who were at their wit's end. Little did we know the replacement truck was likely to be just as bad. Some customers were willing to go to extreme measures to get their issues resolved.

Enter Mr. Steve Symonds in 2006. Steve had a 2004 F-350 with the infamous 6.0-liter diesel. He installed flagpoles and was best known for installing a 338-foot flagpole in Wisconsin, which at that time was the largest in the world. That record has since been broken, but an impressive feat to say the least. He had owned Chevys and Dodges, but decided to try a Ford.

He had purchased the truck at a dealership called Leadership Ford in Dallas, which later became Troy Aikman Ford, and it ultimately closed. Ironically, this was the dealership that I wrote about last week in The Sign, #17 in my True Stories From A Former Car Dealer series.

In the first five months of ownership, Mr. Symond's truck had been in shop eight times in 20,000 miles, and the Ford warranty repairs totaled over $19,500 and it still wasn't fixed. He decided to take matters into his own hands.

Mr. Symonds had 30 large decals made in the shape and color of lemons and plastered them all over his white truck. He chronicled his repairs on the lemons for the entire world to see and went about his business of installing flagpoles.

This got the attention of D Magazine, one of, if not the largest magazine in Dallas-Fort Worth. The article was titled: <em><a href="https://www.dmagazine.com/publications/d-magazine/2006/february/pulse/">Truck you, Ford</a></em>. The story went on to say that Mr. Symonds parked the truck, with the lemons on it, in front of the Ford regional office while he ate breakfast and read the newspaper. The story went on to say that nobody came out of the office, but one person did honk and flip him off.

The story also stated that others with the same engine would pull up beside him and tell their stories of woe, also. This is not really surprising considering there were very few good 6.0-liter Ford diesels. I often said there were only two kinds of 6.0-liters…those that were giving problems, and those that were going to.

I had been a D Magazine subscriber for many years and still am today. I saw an article they wrote on Mr. Symond’s truck with the lemons all over it and immediately checked two things: One, that we didn’t sell the truck, and two that we had never serviced it. WHEW! We were clear on both accounts.

A week or possibly two after the story ran, we had a caller on the Car Pro Show, wanting my advice on what to do with his problem truck. After a brief history of the repairs, he mentioned he was so upset that he had put lemons on the truck. UH OH, I thought, this is THAT guy.

I invited Mr. Symonds to come visit me the following week, which he did. I was not sure what to expect, and much to my delight, Mr. Symonds was a really nice guy. He was frustrated for sure, mainly because people were not listening to him and he was getting no answers.

I looked through his service file on the truck, had my assistant Judy make copies, got his contact info, and told him I would get back to him. He left and seemed pleased that someone was at least going to try to help.

I called the Regional Manager at the Ford office in Carrollton, TX. I sent the D Magazine article and picture to him and explained that although I didn’t sell the truck, it was a bad reflection on Ford and all the dealers in the area. He agreed and told me to do whatever I had to, but to trade Mr. Symonds out of the truck and he’d reimburse me whatever money I lost on the deal.

I don’t recall the numbers or how I got to them, but we made a trade with Mr. Symond for a brand new F-350, like the problem truck, and he left the dealership extremely happy.

D Magazine did a follow-up story on the happy ending. I was sort of on pins and needles wondering if the new truck was going to give Mr. Symonds trouble, but I never heard from him again.

This is the classic “making lemonade out of lemons” story.


After I wrote this story, I sent a link to Mr. Symonds so he could read it in case he wasn’t a newsletter subscriber. Some 13 years after this happened, here is what he said:

Hey Jerry, Thank you so much for the article. To this day I tell this story over & over & I do include how much of a help you were. If you were a Dodge dealer you would have at least 50 customers just from my recommendation. you were my savior when it came to this particular problem, Thank You so Much!!! Just so you know "The Rest of the Story" that 2006 Ford you put me into did great until there was 10,000 miles on it. Then it started the same thing the 2004 did. I went straight to Dallas Dodge & traded it in for a 2008 Dodge Dooley & have been a Dodge customer ever since, buying over 15 Dodge trucks & Vans. I am sure that Ford has corrected a lot of problems they had with that particular engine & truck, however, because of their poor customer service, I probably will never buy a Ford product again. Again, thank you so much for your help in that matter & if there is at any time I can help you with a Flagpole, Flag, or purchasing any Dodge products from you, please call. I am forever indebted to you.