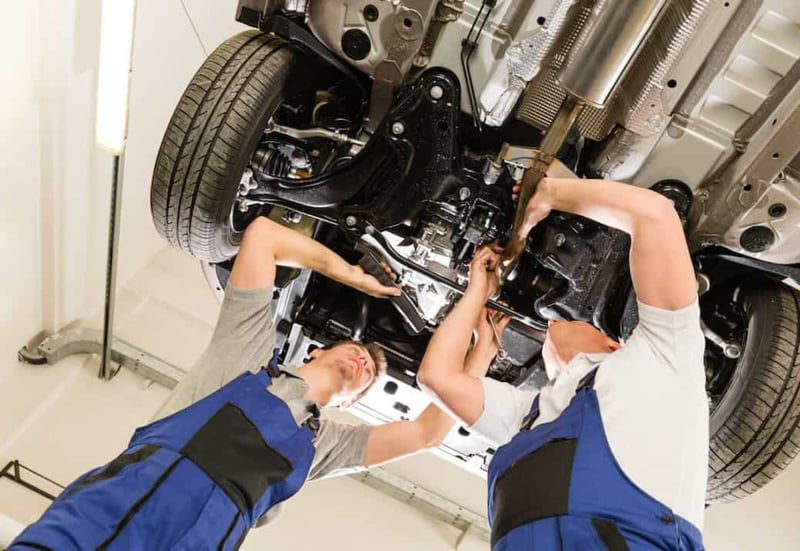 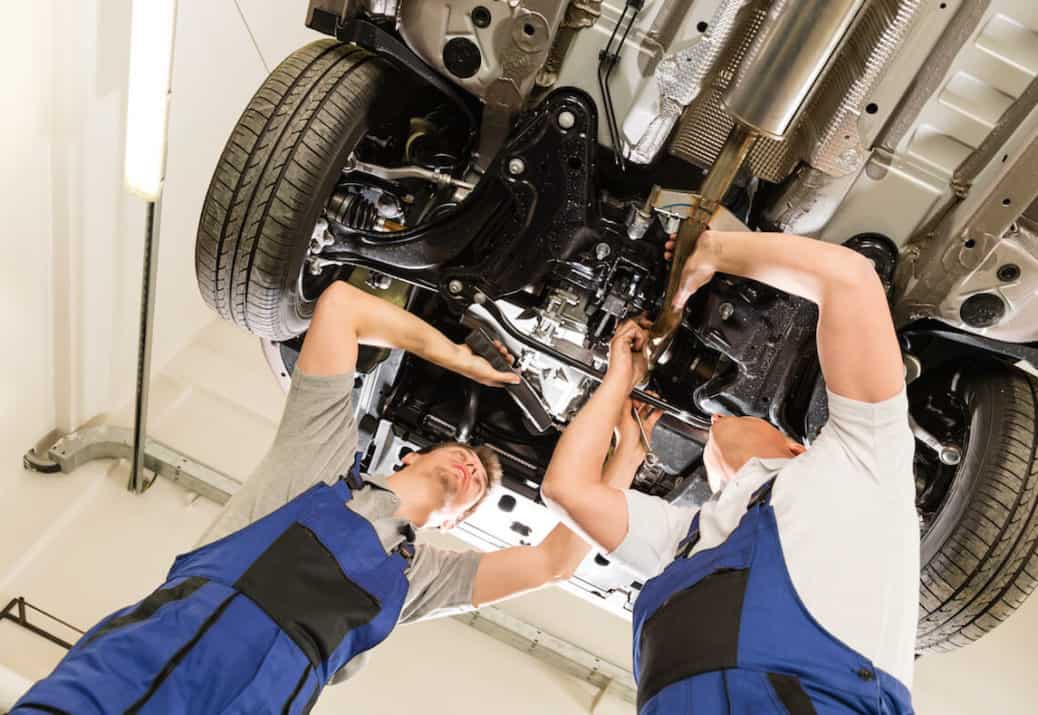 Hydraulic lifts are a critical part of any dealership's service department. How to properly put a vehicle on a lift is one of the most critical things a technician can learn. To be perfectly honest, I was always afraid of them. When I had a customer with a concern, I would often get under a car six feet off the ground so a technician could show me what the issue was, but I was never comfortable under there.

Hydraulic lifts must be kept in top-notch condition for obvious reasons. Air can get in the hydraulic system and must be bled off otherwise a vehicle in the air can slowly drop. A technician raising a car must also approximate the center of gravity of a vehicle.

At the dealership I ran in Dallas when I was young (the one that I wrote about in The Sign), we had a technician let a diesel pickup fall forward off a lift. The front bumper was on the ground with the rest of the truck sticking way in the air. This is a hard thing to explain to a customer. The technician underestimated the weight of the diesel engine and had the truck too far forward. Thankfully he was able to get out of the way before it fell.

You would certainly think that scare would have been enough to frighten the tech into being more careful, but less than a month later, the same technician lost another diesel truck the exact same way. This time he was terminated.

Years later when I moved to the dealership I eventually purchased in Garland, TX I quickly realized the dealership was not viewed favorably with the locals. I decided I would do my best to change that. We made a huge deal out of it when someone came into the dealership that lived in our city. I dubbed them "home zone" customers and we really rolled out the red carpet.

I bought a home in Garland to better entrench myself in the area, became involved with the Chamber of Commerce, and supported everything that was going on in the schools. In fact, I set aside $25 for every car we sold into my "community support fund" and I made sure every penny was spent in my town.

I supported the police department and paid for the funeral of an officer killed in the line of duty. Another officer was badly injured and I had lunch delivered to the hospital for a month to feed the officers holding vigil. I supported the fire department and was made Honorary Fire Chief for a day, and was presented a fire chief's helmet in a display case that is one of my most cherished possessions today. We quickly became known as a benevolent dealership and the locals supported us because we supported them.

I also got to know the Mayor and City Staff very well. I got word that the City Manager had a bad experience with the previous dealership owners. He went out of the area to purchase his almost new current Ford, and he had never been in our service department.

I finally got the opportunity to speak with him one-on-one and invited him to come in and see the changes we had made. I could sense a little hesitancy, but he said he needed his first oil change. I didn't risk insulting him by offering to pay for it but did ask him to let me know when he was bringing his car in. He called a week or so later and said he'd be in the next morning.

I put my service people on alert to give him a warm welcome, have a loaner car ready, and to ask if he needed anything else. They were instructed to do a good wash and vacuum job after the oil was changed. He came in on schedule and I was told everything went great. Although sort of a stoic kind of guy, he even smiled. I told them to let me know when he arrived to pick it up.

I went about my business of the day, and an hour or two later, the service manager called me and said I really needed to come to the shop. As soon as I went out the door by the vending machines, I saw it: The city manager's car lying on its side. Yes, it had fallen off the lube rack hydraulic lift. I was sick to my stomach.

As it turned out, it was not human error, it was that the lift broke off an ear on the right rear claw-like piece of metal and it was just enough to tip the car to the right and slip off. Thankfully nobody was hurt and no other cars were damaged.

We had a similar brand new Ford Taurus in inventory and I got it prepped and called the city manager, and just simply said: "your car is ready. Come to the showroom and ask for me." He came after lunch and I walked him outside and as I handed him new keys and pointed at the shiny new Ford, I said "you're ready to go. You can pay for your oil change at the cashier window." He immediately knew it was not his car, as I recall it had upgraded wheels. He said: "that's not my car" to which I sheepishly replied, "it is now."

I explained what happened and I explained his car was totaled, that I had insurance to cover it, and he could take the brand new Taurus with nothing out of his pocket. He was pleased and I think a little in shock, but drove off toward city hall.

There were probably cheaper ways to do it, but I had a customer until years later when he took a job up north, and the City Manager of my town was proudly driving a car with my logo on the trunk and my dealership's name on the license plate frame.