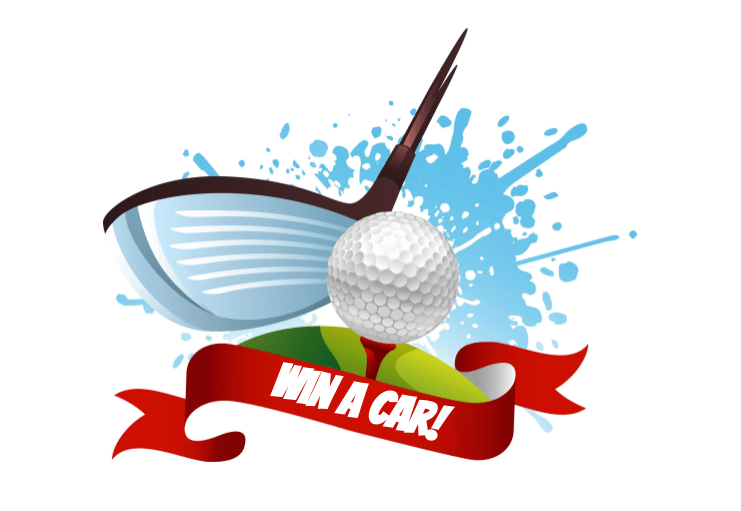 To say I hate playing golf is a bit of an understatement. To say I suck at it is also an understatement. In spite of many lessons by some really good golf pros, I never got the hang of hitting the ball off a tee. I am actually a pretty good putter, but generally, I have hit the ball 7 or 8 times before I find the green.

Hating to play golf was a little unusual in the car business. Many of the Ford trips I won were based all around golf. The Ford Executives often planned dealer award trips around their favorite places to play. It is important to note that I don't hate the game, I just hate playing it. As a matter of fact, I have the U.S. Open on as I write this.

I've played Pebble Beach numerous times, all over Florida, in Ireland, in Colorado, Hawaii, of course in Texas and numerous other places I can't recall. I bought a home right on a Country Club golf course, but unfortunately, it went bankrupt and instead of a golf course, I have a nature preserve, but I digress.

On a course near St. Andrews in Scotland (it was a Sunday, the Old Course was closed) I tried to explain to my caddy how bad I was at golf. I told him the good news was he'd get to see parts of the course he'd never seen before. He just laughed. One the first tee, I hooked it or sliced it, whichever one goes to the right, hard. We found the ball and he said I was correct, he'd never been to that part of the course before.

At a Ford Credit golf tournament in Plano, TX I hit another really bad shot that went through a huge plate glass window of a multi-million dollar home. I actually had one really good tee shot once at a course called Silverado in Napa. It was straight, started low and was rising, and a bird flew in front of the ball. Feathers flew and of course, I felt bad for the dead bird but was also angry that the best shot of my life got ruined. Everybody quipped that I finally got a birdie.

The most rewarding golf adventure happened at Pebble Beach. I had a caddy, a burly black guy who really tried to help me. He had me hitting better than I had ever hit the ball. I cracked off a really good tee shot and he picked me up off the ground. He was happier than I was. We exchanged information after golf and we kept up with each other for a long time. He was from Detroit originally and wanted to open a gym there to help kids who grew up like he did.

Derik grew up in a bad area of Detroit, he was shot when he was 12 in a drive-by shooting. I offered him advice on business, wrote a recommendation letter for a Small Business Administration loan, and last I heard, he'd opened his third gym. He told me I was the inspiration for his success. I hope that was true.

As I wrote in an earlier True Story, I was very involved in my community. There was always a golf tournament going on, and I had one annually for my dealership. We would invite celebrities, customers, associates from Ford and Ford Motor Credit, etc. It was at one of these tournaments that Kevin drove a golf cart into one of the lakes at my home course. I am still not sure how he did that, but he did.

Of course, every charity golf tournament wanted a hole-in-one car, that was a big draw and everybody came to me first to help, which I always did. Once you provided the car (and insurance in case someone actually did get a hole in one) then it became an annual event, and they were all good causes. Around 2004 or so, we were up to doing around 30 of these events per year. It wasn't a big headache to get a vehicle cleaned up, put our signs on it, and take it to one of two golf courses in my town, but the cost of the insurance was getting steep. At the time, it was around $500 to insure against a hole-in-one. You can do the math, 30 of these tournaments a year cost me about $15,000.

I think what drove me sort of crazy was that nobody ever won a car. With insurance, you are rooting for someone to knock it in the hole. At least you could get a car sale out of, right?

One day I had an epiphany. Why waste all this money on insurance? Nobody was ever going to win a vehicle, so I decided to stop buying insurance. I figured if I could make it a year without giving a vehicle away, I'd be money ahead, so I quit buying the hole-in-one insurance.

The first tournament with no insurance went fine, no issues, although I will admit to being nervous. Several more tournaments passed and I had a close call. A guy hit a hole-in-one where I had a new Mustang, be he had taken a mulligan, which disqualified him. That should have been a wakeup call for me, but it wasn't.

It was on a warm June day at my home course when a guy hit a hole-in-one at our annual member/guest tournament. I was on the other side of the course when I heard the cheers and applause, and I knew what happened. That day I had put up a red F-150 SuperCab that was a good-looking truck, but to cut my exposure, it was a 5-speed manual transmission.

I was kicking myself for not having insurance but afterward congratulated the winner. He lived just a few blocks away and I knew him casually. We discussed him taking delivery of the truck the next day. He asked if he could pick a different truck, one with an automatic transmission. I told him he could pick whatever truck he wanted, and just write me a check for the difference in the MSRP of the truck he won and the one he wanted. He chose virtually the same truck with an automatic, and wrote me a check for around $850 and drove off happily in his new truck.

Not only did I lose the entire value of the truck, his check bounced.