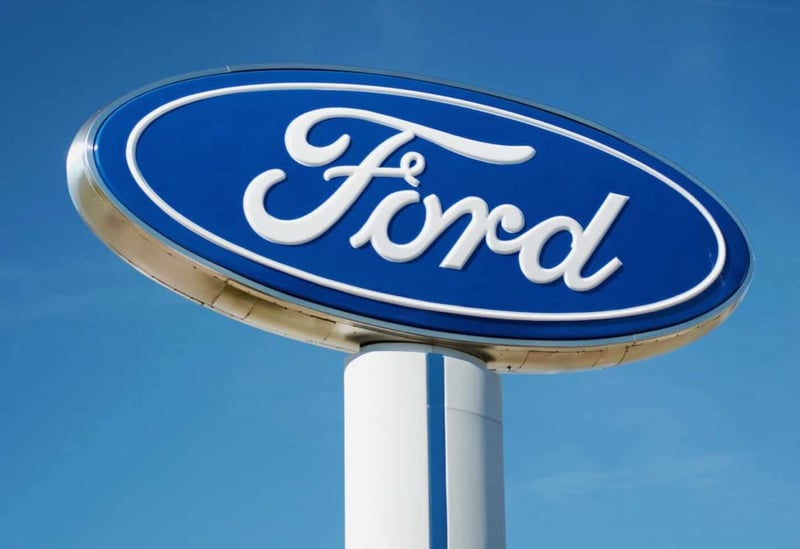 I will never forget it. It was in early 2000 I am pretty sure. I got a call from a high-ranking Ford executive one day with an ominous message. I was in Las Vegas for a dealer meeting as the Ford National Dealer Council Chairman. The exec who called was a man I trusted, and he was well liked by the dealer body as a whole.

He said Ford was going to put in some "standards" for all its dealers. There would be rewards for the best dealers. I was intrigued and then listened to the explanation that the dealers that met certain criteria would get a 1.25% of the invoice bonus on every car sold. I quickly did the math in my head and thought to myself "that is going to be a lot of money" since I had great customer satisfaction numbers, and was a big volume dealer.

Then the bombshell dropped: The exec said: "We are adding 1% to the invoice price of every vehicle to cover the cost." So the bottom line was Ford was raising the cost of every car by 1%, but the dealers that performed well could earn the 1% back, plus a .25% bonus. At the time, the bonus amounted to about $250 per car, but Ford did not raise the MSRP, so the margin from dealer cost to the list price was narrowed.


The Ford executive I liked and trusted said words to me that have haunted me to this day: “I don’t expect or even recommend you, as Dealer Council Chairman, endorse this program. Just know it’s going to happen.” The initiative was called the Blue Oval Certified program.

This was new territory for me. Typically, Ford would try to sell me on new programs in hopes that I would go enlist the buy-in of the Dealer Council and the dealer body on the new “latest and greatest” program.


There was a ton of requirements to become a Blue Oval Certified Dealer. There was a revolt by the dealers, lawsuits were filed, and it was a certifiable mess. Jac Nasser, the Ford CEO, dug his heels in and said this was a program Ford “could not live without.”

Opponents of the program said it set up a “two-tiered” pricing system. In other words, it changed the price dealers paid for cars, even though they had the same MSRP, a practice that was unlawful in many, if not all, states at the time. So the battleground was set.

Although I stood to make a lot of money on the program, the majority of Ford dealers around the country opposed the stiff changes to their operations. The things that had to be done to qualify for the certification would be extremely expensive and burdensome for most dealers, in particular, the smaller dealers in outlying areas.

As the program moved forward, more lawsuits were filed and Nasser dug his heels in and threatened: “Anyone who is going to hide behind legal fences better have an exit strategy because it won’t work long term”. “For the best dealers, they can see it as an opportunity. For those dealers who see it as a threat, then maybe there is a threat in it for them.” As you can imagine, those comments did not go over well with the Ford dealers.

BACK TO THE DRAWING BOARD


Jim O’Connor, then President of Ford Division, and to this day a true hero of mine (see True Story #27) found himself in the middle between the dealers and Nasser. He asked me if the Dealer Council could modify the program to the point that everyone was happy. I truly didn’t know if that was possible but said we would try.

So I called for a meeting with the Ford Dealer Council, the Select Dealer Council (smaller dealers), and some influential Ford dealers not on the Council, and we dove into every single requirement required to be Blue Oval Certified. It took an entire day, but we left there satisfied. The hard job fell to Jim O’Connor to sell CEO Jac Nasser on the changes. Admittedly, the program we came up with was watered down from what was originally introduced.

Jim did a great job selling Nasser and we got almost everything we sought. It was at this point that I, with the unanimous backing of the Dealer Council, endorsed the Blue Oval Certification program.


Even with the changes, some dealers were opposed and continued the lawsuits against it. Five dealers in New Jersey brought the original suit to halt Blue Oval, and it was moving forward.

Those five dealers were members of the Ford Dealer Alliance, a now-defunct group of vocal dealers who were constantly challenging Ford Motor Company, turned their anger towards the Ford Dealer Council, and specifically me.

In letters to the editor of Automotive News, they stated:

“Apparently Reynolds has lost sight of what his role should be as a Ford dealer council representative, not to mention his position as chairperson of that organization. A dealer council member represents the interest of the dealers, not Ford Motor Co.”

“Reynolds is obviously confused as to whom he represents. One thing is clear: It is certainly not the Ford dealer body.”
I got hate emails from some of the dealers, but after the changes we made to the program, the tide started to turn and dealers embraced the program and did a better job with customers, and they cleaned up their dealerships, which some badly needed to do.


When I became Dealer Council Chairman a year or so earlier, I started building an email distribution list of dealers. Email was in its infancy, and many of the 5000 plus Ford dealers didn’t have an email address. I got Ford to send each dealer a postcard from me, asking for their email address, and if they didn’t have one, to give me an address for someone who would print off and give them any correspondence I sent. I got a huge response and for the first time, the Ford dealers were getting regular updates from the Ford Dealer Council chairman.

As the second version of the Blue Oval Certified program rolled out, I communicated the changes to the dealers. One stipulation of the program was each dealer had to have a Blue Oval manual that went out to every employee and was signed by each one.

I had a gentleman on my staff who was very good at such things. He did a wonderful job putting our manual together. As I recall, it was about 50 pages of things that had to be done to become certified. Ford had hired an outside company (J.D. Power) to visit every Ford dealer in America to see if they qualified. We jumped onboard early and declared we were ready for our Blue Oval Certification inspection.

At that point, I made an announcement over the public address system that went all over the dealership and I said: “Congratulations to you all, we are the very first Blue Oval Certified dealership in America. Thank you for a job very well done!” You could hear the applause all over the dealership. Every employee of mine was invested in making sure we passed, and I felt extreme pressure as Dealer Council Chairman to set an example that this could be done.


The biggest obstacle for the dealers actually turned out to be the manual that was required. Many just didn’t know how to do something like this. I had the manual we used put on the Internet without our name anywhere on it, and sent it to every Ford dealer on my distribution list. All they had to do was fill in the name of their dealership, implement the other requirements, and they were ready for their inspection and certification.

Sending my manual ruffled some feathers at the Ford Motor Company, but I was OK with that. I had pushed the program because it was a financial gain for the dealers, and it was the right thing to do for the customers, to provide a better overall experience.

Many dealers whom I had never met thanked me profusely for communicating with them, and for sending them the employee manual that we had perfected.

OVER 90% OF THE DEALERS QUALIFIED


It was perhaps my proudest moment as Dealer Council Chairman when over 90% of the Ford dealers in America became Blue Oval Certified.

It’s tradition for the outgoing Dealer Council Chairman to make a goodbye speech during a breakfast with all top executives from the CEO on down, as well as the Council members.

In my last speech, I talked about all the challenges we had faced, including the Blue Oval initiative. I closed that rather lengthy speech by saying: “The next time you have an idea that you are afraid to or ashamed to run past the Ford National Dealer Council, that should be a red flag that it’s a bad idea.”


I wish the story had a happier ending. The program that we laid out worked too well. I think Ford always assumed only about half of the dealers would qualify for the extra bonus. Ford was big into things being “cost neutral” a phrase I heard way too many times.

In late 2002, the bad news came. Ford said it could no longer afford to pay the bonuses and was scaling the program back.

Talk about irony-when Ford announced it was cutting back on the dealer incentive portion of Blue Oval, there was a revolt from a huge number of dealers who had been so adamantly against the program. One headline said: “Ford Dealers Extremely Worried About Loss Of Blue Oval Funds”.

Remember the 1% price increase that went to fund the incentive? No, that was never rescinded.