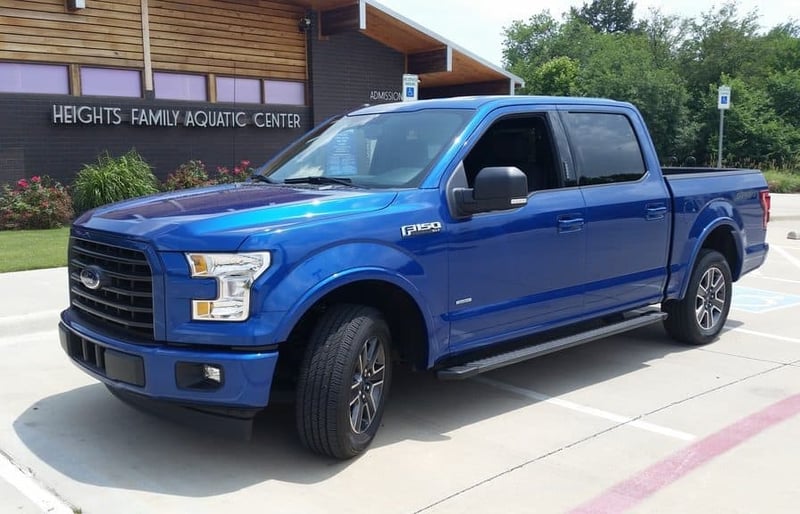 No one in truck-dazzled Texas even notices average-looking F-150 pickups on skinny tires.

They roll beneath the glitter, sort of entry-level trucks thoroughly overshadowed by gleaming, black-wheeled monsters big as some European villages.

Well, I’m not so sure now -- and I blame it on the 2017 Ford F-150 Sport I had recently, a truck so common in appearance that not even glossy teenager-blue paint could make it pop.

Despite modest 18-inch wheels and cloth interior, though, my F-150 Sport packed a .357 Magnum of sorts under the hood – the new-generation 3.5-liter EcoBoost V-6 and a smoothly effective 10-speed automatic.

Don’t mess with it, I learned. Anything with 375-horsepower need not be pretty.

When Ford redesigned its crown-jewel F-150 a few years ago, giving it a crisp new aluminum body to go with its EcoBoost engines, the truck radiated industrial style.

I was left with one perplexing question: How could a regular-looking pickup possibly cost $48,215? Then, I turned the key.

Even my mid-range pickup had a big eye-catching five-bar grille squeezed by stacked headlamps with a distinctive indention between the top and bottom lights.

Meanwhile, a raised hood with deep character lines in the center conveyed a sense of power – and rightly so – while the SuperCrew’s large, mostly square body managed to look more taut than tepid.

A slight line carved above the door handles helped, as did deeper etchings above the truck’s wheel-arches that kind of stretched the body.

In back, though, a good-looking, lightly sculpted tailgate nicely complemented the F-150’s large, vertical tail lamps, providing some horizontal yen to the upright yang.

Still, after I had circled the big truck slowly several times, I was left with one perplexing question: How could a regular-looking pickup possibly cost $48,215?

Then, I turned the key.

Granted, the new-gen EcoBoost and 10-speed automatic only account for $2,500 of the truck’s lofty window-sticker, bloated with more than $12,000 in mostly functional options.

The motor and tranny so dominated the Sport’s personality that its price sometimes seemed reasonable – sort of.

Besides the jump to 375 horsepower, the new EcoBoost got a 50 lb.-ft. boost in torque to 470 at 2,500 rpm thanks to a new block, turbochargers and fuel injection.

Don’t expect any immediate grins, however, from the Sport’s aggressive, chrome-tipped exhaust. The EcoBoost is so quiet at idle dogs can barely hear it.  Give the throttle a jab and none of that will matter. Though the engine felt a tad turbo-soft initially, it began to boil at about 25, causing the rear tires on my rig to scratch the pavement for traction.

Even light jabs at the throttle brought a strong surge and instant 10-mile-per-hour jump in speed. Sixty arrives in an estimated 5.5 seconds – speed that just doesn’t seem possible from a 213.5-cubic inch engine in a 5,000-pound truck.

More important to truck-people, a two-wheel-drive F-150 SuperCrew with the new engine can tow more than 10,000 pounds, and is rated at 18 miles-per-gallon in town and 25 on the highway.

Generally, most two-wheel-drive SuperCrews don’t ride badly at all for old-school, body-on-frame pickups.

Someone at Ford ordered the truck I had with the “max trailer-tow” package – a $1,200 option – giving it moves that could rival those of a stagecoach.

The motor and tranny so dominated the Sport’s personality that its price sometimes seemed reasonable – sort of.

Big Blue bounced, bobbed and stumbled stiffly over every imperfection in the road, making me long for a truck with standard suspension. (Incidentally, my pickup also had Ford’s nifty “pro trailer backup assist” that allows you to guide a boat onto a lake ramp with a knob).

Likewise, the Sport had fairly slow steering, but it was precise and conveyed a bit of road feel – and besides, who in their right mind would try to push a full-size pickup into a high-speed corner? Not me, officer.

Actually, I didn’t slide around much in the truck’s basic black cloth interior, which I kind of liked.

As in all F-150s, the Sport had a massive dashboard in black plastic dominated by a display screen in the center chocked full of Sync 3 techno stuff that didn’t much interest me.

And if you need room for several large, loud, combative teen-agers, the expansive back seat appeared to have enough head- and legroom to accommodate a couple of NFL future felons.

Pickups like the F-150 Sport kind of baffle me. I wonder how much longer automakers will be able to stuff their big trucks with high-priced options and lavish profits.

In spite of their near-luxury prices, full-sized pickups remain the most capable, competent and probably best-built vehicles in the auto industry – even when they keep low profiles. 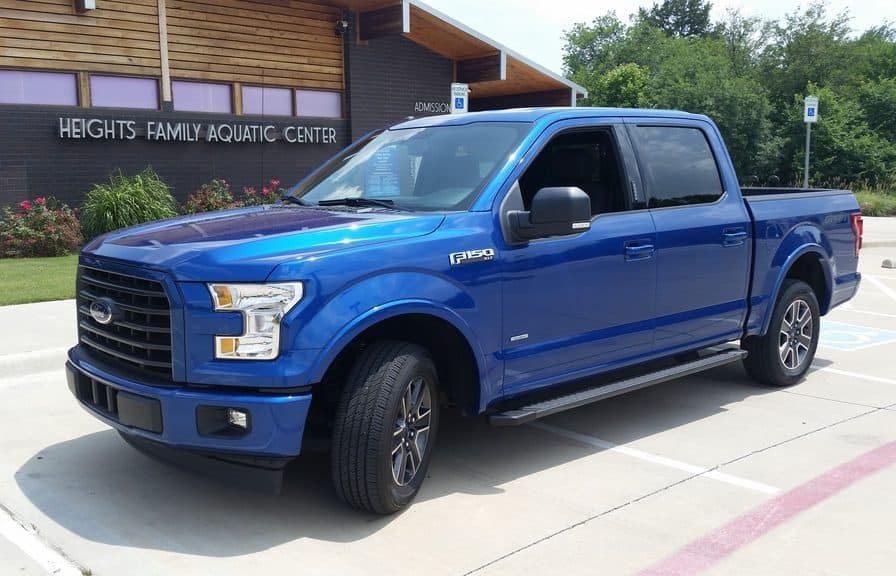 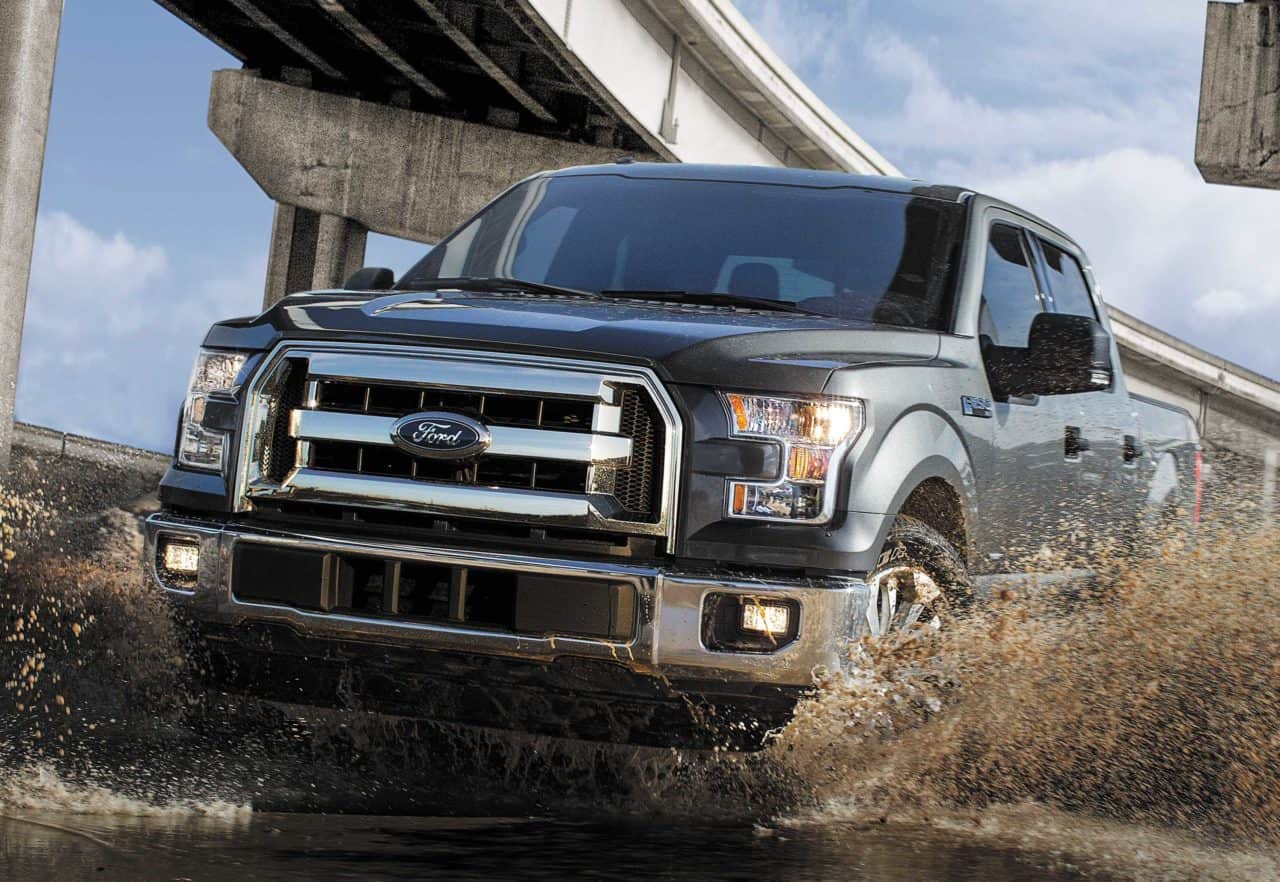 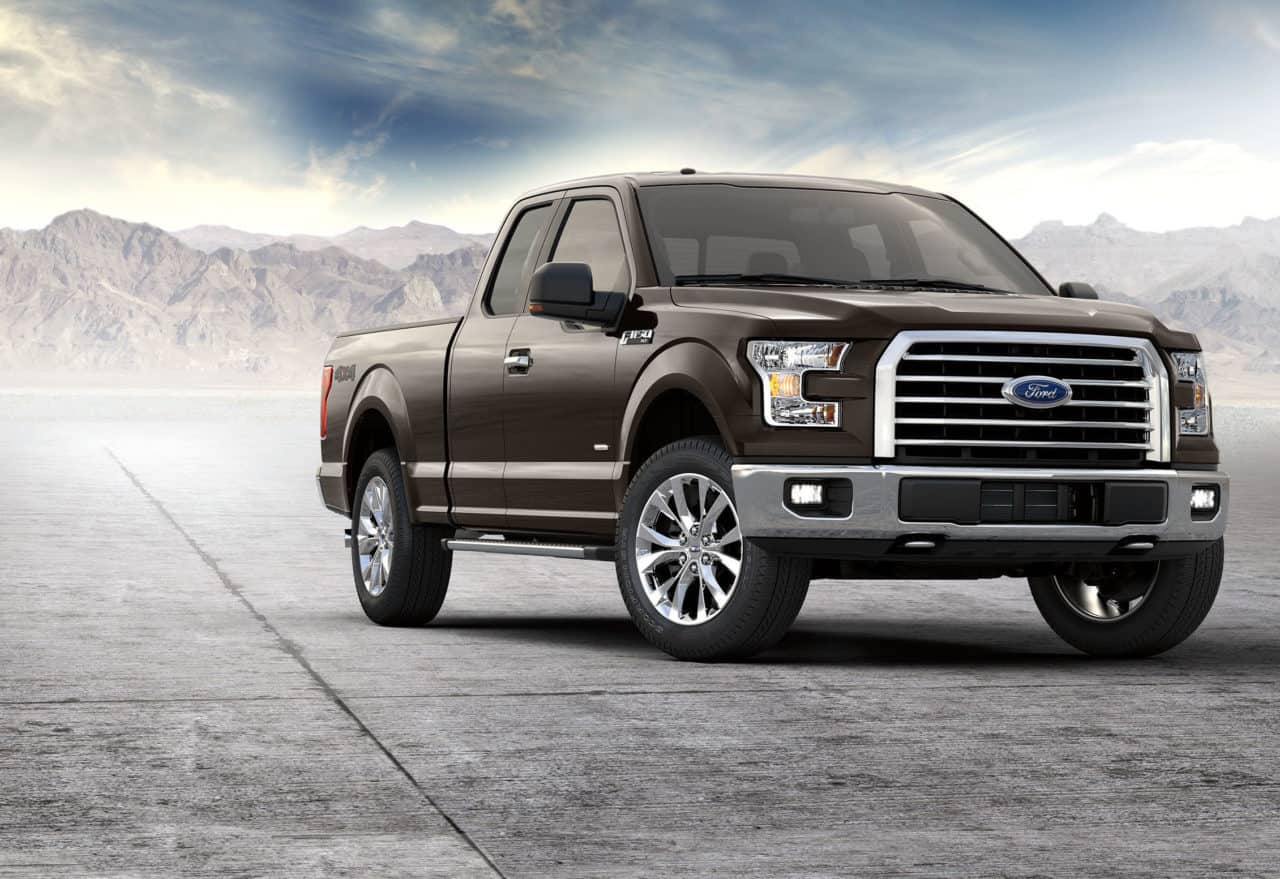 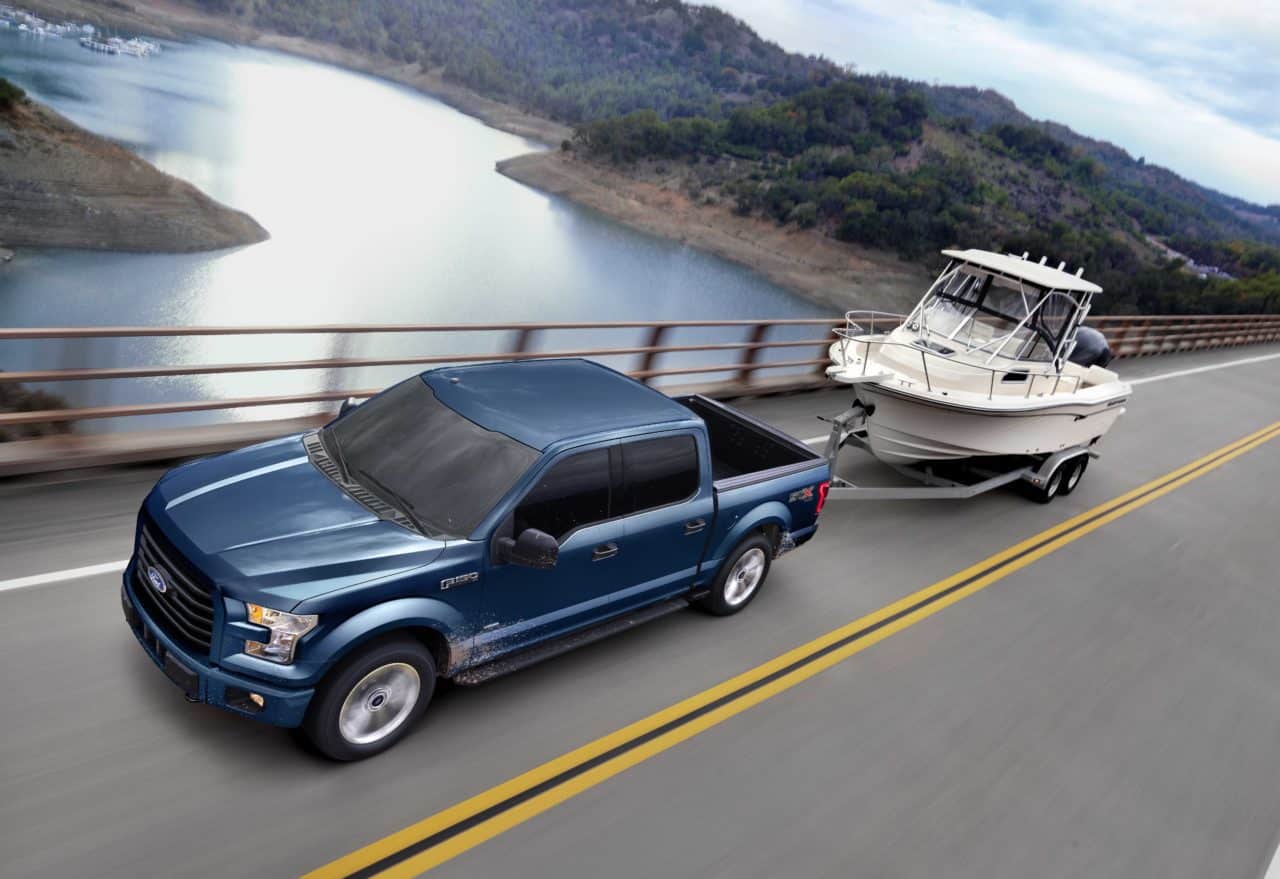