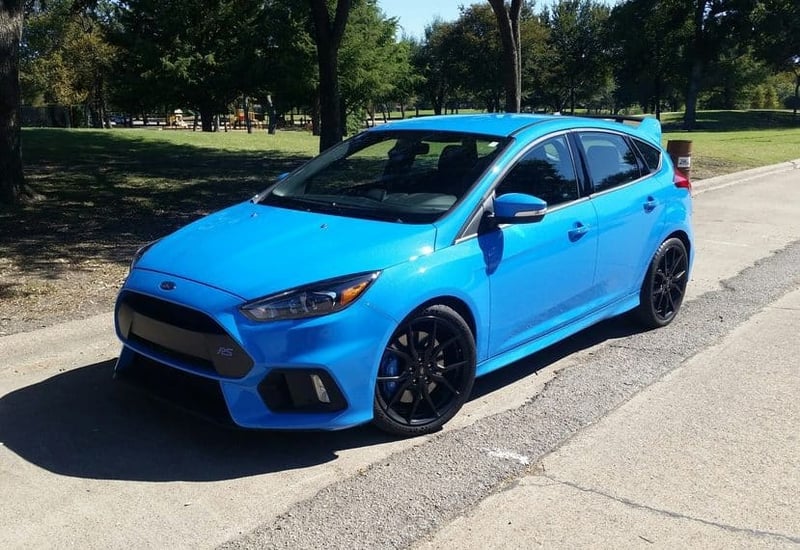 Ten minutes after I climbed into a 2017 Ford Focus RS, I started looking for a tree-lined trail wide enough for a surly, rally-inspired compact and a loose driver.

A few creeks would also have been nice along with lots of gravel, big rocks and a couple of high-speed whoop-de-doo hills.

Then stick an odd passenger next to me barking utterly indecipherable instructions – sort of like my last marriage – and the RS and I would be in rally-fantasy heaven.

Even on the street, though, the shocking blue RS I had recently felt special – an intense, darkly grumbling speedster that, like me, will never make the transition to a world of self-driving cars.

Heck, I strapped in tightly just to back out of the driveway.

As you probably know, the RS is an expensive ($42,000), high-performance version of the plebian Focus compact inspired by those nutty leaping, dirt-churning European rally-cars.

Lower and more bulked-up than a regular Focus, the RS sported a huge, hungry, blacked-out grille and large angry headlamps up front.

A smaller grille beneath them fed air to an engine intercooler, while the taut body hunkered down on black 19-inch wheels wrapped with 235/35 tires pushed to the far corners of the body.

Meanwhile, a sloping hood with a power-dome in its center, hinted at the power down below, while massive disc brakes visible behind the wheels pretty well confirmed it.

Although the current Focus has been around since 2011, it still flashes tight contemporary proportions and lightly chiseled sides.

Moreover, an interesting spoiler of sorts rode atop the rear hatch of the RS and dual four-inch-diameter exhaust pipes bristled from beneath the bumper.

The RS’ 2.3-liter turbocharged four – shared in a tamer version with the new Mustang – spits and bangs and pops out the aforementioned 350-horsepower transmitted through a six-speed manual and all-wheel-drive.

Cup holders are pretty irrelevant in the RS.

Its engine prefers a few revs when departing, settling into a slightly insistent thick mutter around 2,000 rpm.

Power at that point doesn’t seem all that impressive, but just keep pushing and spinning up that turbocharger.

Though the shifter felt a bit notchy, the car’s clutch was relatively light and positive, and the engine revved willingly.

I kept revisiting that region, incidentally – strictly for test purposes, of course.

Sixty spins up in a muscle-car swift 4.6 seconds, according to Car and Driver.

As you might expect, though, the RS doesn’t get compact-car fuel economy, managing 19 miles per gallon in the city and 25 on the highway.

Most of its relative thirst is from the weight of the all-wheel-drive system, bigger engine and all its turbo-related components – resulting in a porky 3,500 pounds.

But you don’t feel much bulk through the wheel. While a bit thick, the RS’ steering is really quick.

Turn-in to corners is quick and sudden, and no matter how I tried at street speeds, I couldn’t shake the car’s sticky grip and steely composure.

Thanks to torque-vectoring, the engine’s considerable power is transmitted to the tire with the most adhesion while a seriously stiff suspension kept the body flat as my career curve.

However, kids, there is a down-side in all this fun stuff. In sport mode, the RS fidgets more than a cranky 3-year-old and will sometimes literally bounce driver and passenger in their seats.

It was a small penalty to pay, I thought.

Just don’t expect to find much of that added value inside.

The black interior in my RS mostly resembled the same sort of swoopy plastic tub you get in any Focus.

A large rounded dashboard, for example, curved down to the glove compartment, disrupted somewhat by a huge center stack that looked kind of dated.

An 8-inch touch-screen included knobs for the stereo as well as the climate-control system and more important to me, a nifty pod atop the dash provided oil-temperature, oil-pressure and turbo-boost gauges.

The other concession to the RS’ eye-blurring performance – its top speed is 165 mph – was a pair of sticky black-suede seats with large bolsters to hold you in place.

And if you want to scare a couple of the in-laws with a rapid off-road excursion, the back seat offers decent leg- and headroom.

Point me to the nearest dirt road, please. 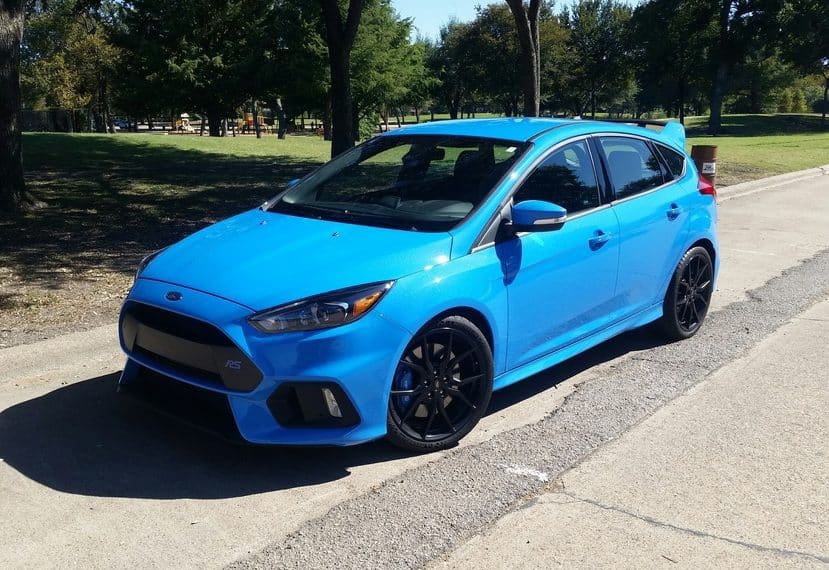 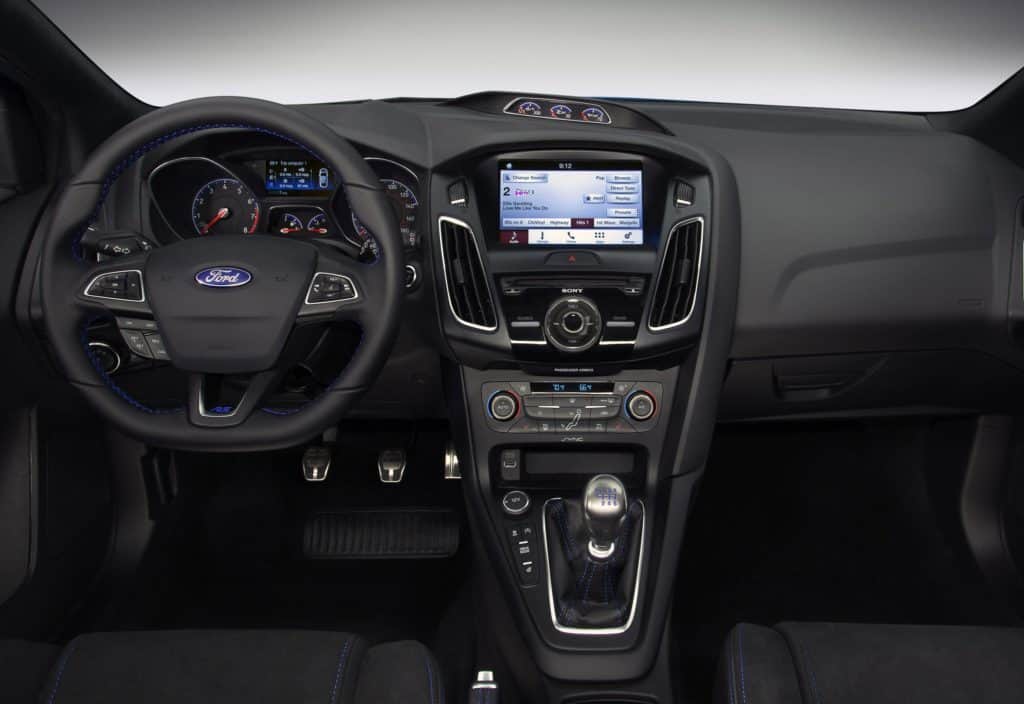