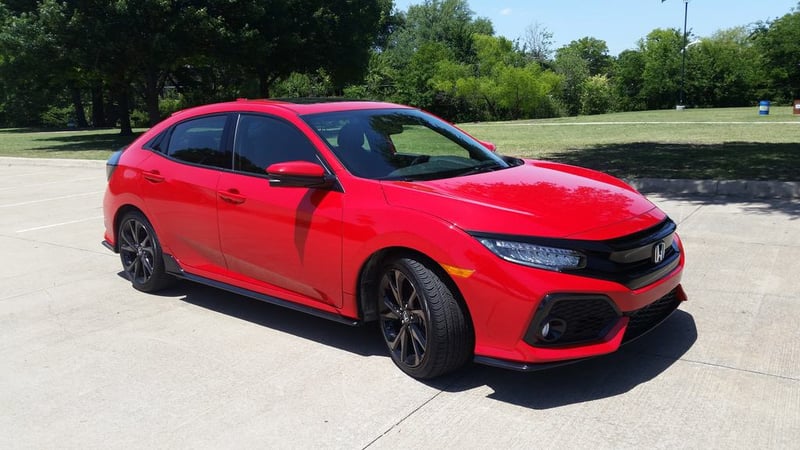 Back in the Obama years, the once-revered Honda Civic began to feel like a well-crafted can lined in somber gray plastic.  It suddenly seemed full of bland brown beans, not bold, frothy beer.

Of course, I don’t blame President Greenjeans for the Civic’s sag – after all, he’s still got better hair than Big Don Trump and that counts for something, right?

But the quiet, unassuming compact that once could cut and run and rev sweetly somehow got lost in the faceless compact pack, content to run with Toyota Corollas.

Whatever the reasons for the Civic’s steep decline, Honda seemed content to just let it coast while devoting its resources to hotter-selling crossover vehicles.

So I was surprised when a bright-red 2017 Honda Civic Touring S arrived recently, crouched on black boy-racer wheels with dual 3-inch-diameter exhausts sprouting from the rear.

Did somebody drop a little blue pill into the Civic’s tank or something, I wondered?

As you may recall, Honda treated the Civic to a somewhat polarizing restyling in 2016, fortified by a fresh, stout new platform and a tiny new turbocharged engine.

Sadly, Honda remains committed to CVT automatic “transmissions” – those belt-and-pulley contraptions that can sap the life out of a car, but bolster its fuel economy. (If you can, opt for the six-speed manual, I say.)

Still, the Civic is definitely back in the left lane, inhaling pavement in ways that most low-cost compact sedans simply can’t.

You may need a day or two, though, to adjust to its new looks – styling that most people find either compelling or repulsive.

The flashy hatchback-sedan I had appeared to have been carved with a sharp knife, showing off nice proportions along with some exaggerated lines.

Up front, for example, a curved blacked-out grille tied two squinting, angry-looking headlamps together – and by the way, what exactly does a Civic have to be mad about?

Fortunately, a slinky, curved top flowed gracefully into the rear hatchback, kind of toning things down a bit.

However, the Civic’s thick rear-end really looked jumbled to me, with enormous, sort of V-shaped taillamps lapping at the edges of a silly black spoiler.

At least the Civic’s 18-inch wheels – wrapped with substantial 235/40 tires – were pushed to the corners of the car, as they should be.

Nonetheless, I wasn’t quite sure what to expect when I pushed the start button.

Like virtually all socially polite Hondas, the Civic’s turbocharged 1.5-liter four spoke with a whisper, promising nothing – until the first green light.

Then, the refined little 180-horsepower engine puffed up and pulled away strongly, feeling much larger than its meager 91.5-cubic-inches of displacement.

While slightly soft down low, the 180-horsepower motor generated some smile-inducing surge above 30 mph and is capable of sprinting to 60 in 6.9 seconds, according to Car and Driver – more than adequate for merging.

The engine felt especially solid in the mid-range between 35 and 60 mph where most of us live.

Although the dreaded CVT droned some at full-throttle, it would at least make one fake “shift” and was usually no more irritating than the newscasts on Fox or CNN.

It also helped the 3,000-pound sedan generate some decent fuel-economy numbers: 30 miles per gallon in the city and 39 on the highway.

Best of all, though, the spirited little Civic can cut and drift again, turning into corners with surprising sharpness for a relatively low-cost, front-wheel-drive compact.

Moreover, the body stayed planted on the car’s sporty semi-firm suspension at moderate speeds, and the light, quick steering returned some road feel.

It actually felt fun. And the Civic maintained its poise at 80 mph and higher, tracking straight and solid with good, road-absorbing wheel travel.

I’ve got to tell you, though, I’m not so sure about the price Honda provided for the car after first giving me a window-sticker that was incomplete.

According to the window-sticker they subsequently gave me, the Civic costs $22,135. If that’s accurate, it is one heck of a bargain.

Sure, the black interior in my sedan seemed about as spacey as the exterior, but it was generally functional and well-executed.

A deep dashboard, for instance, swooped around a 5-inch display screen that was part of a center-stack containing climate controls and vents.

Unfortunately, Honda requires you to take your eyes off the road and use touchpads on the display screen if you want to change the radio station or turn up the volume – a truly dumb feature, especially at 70 mph in heavy traffic.

While the hard-plastic door panels zipped and zinged with too many lines, the seats featured good bolsters and perforated centers, as well as adequate leg- and head-room in back.

It added up to one pretty stout package. In fact, the Civic once again appears to be the standard other compacts must aim for. 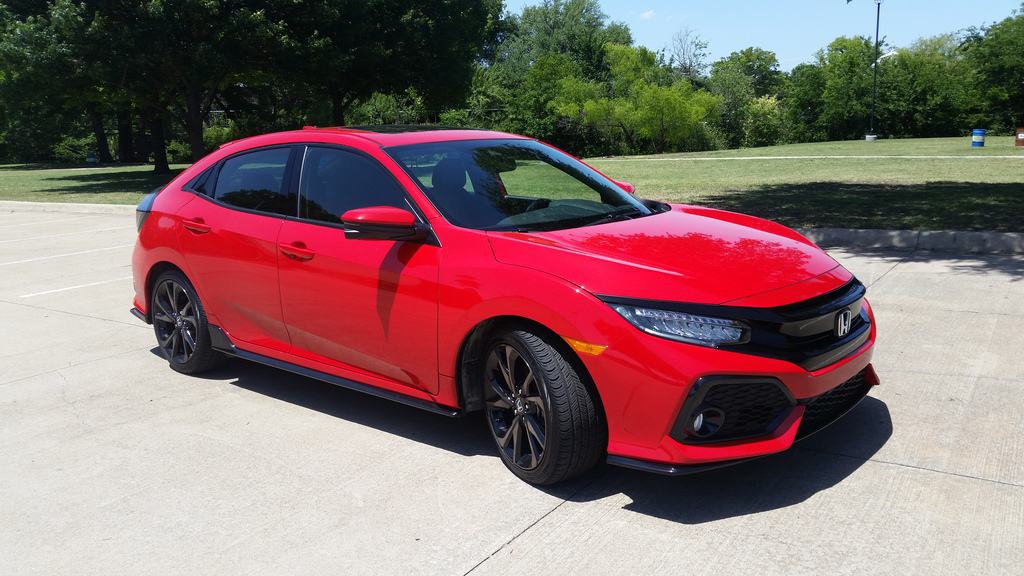 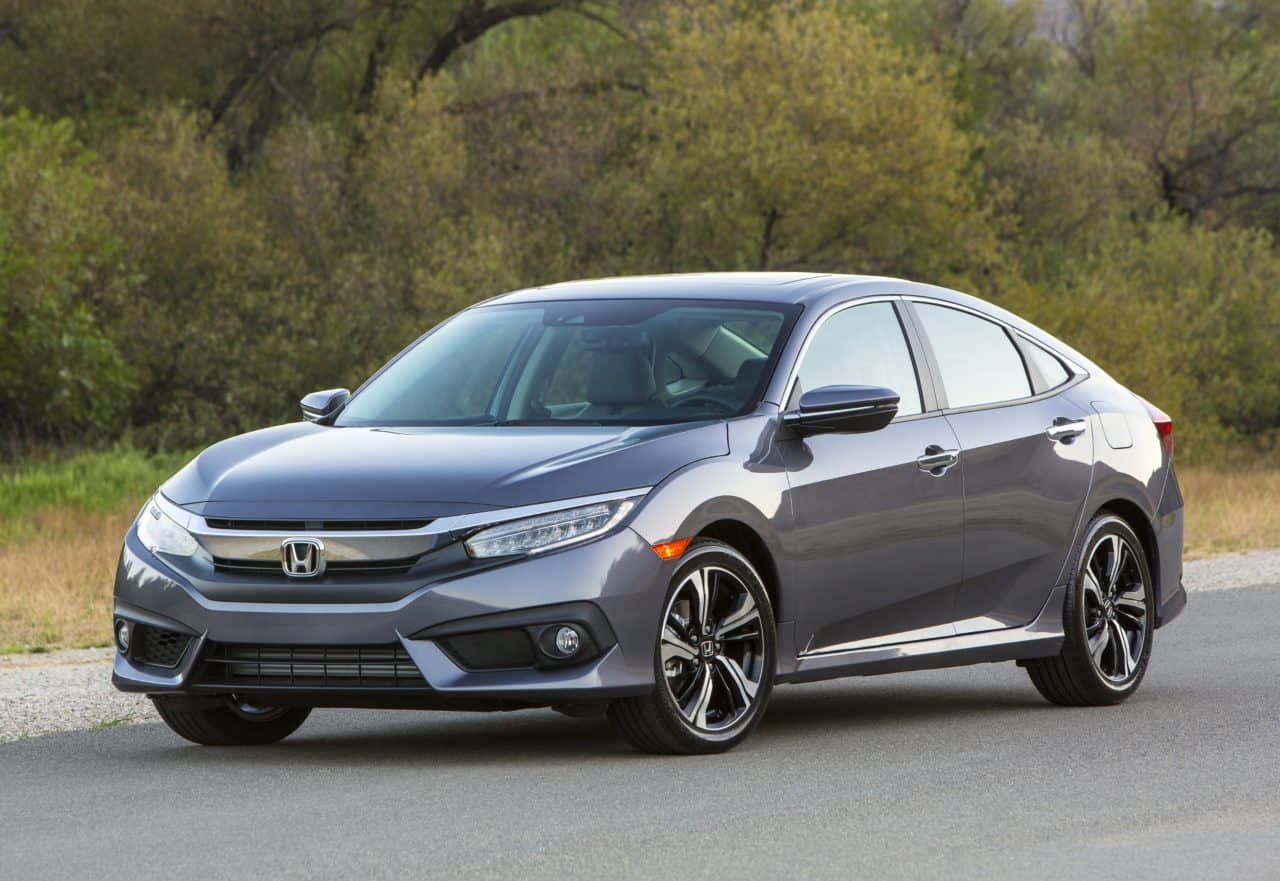 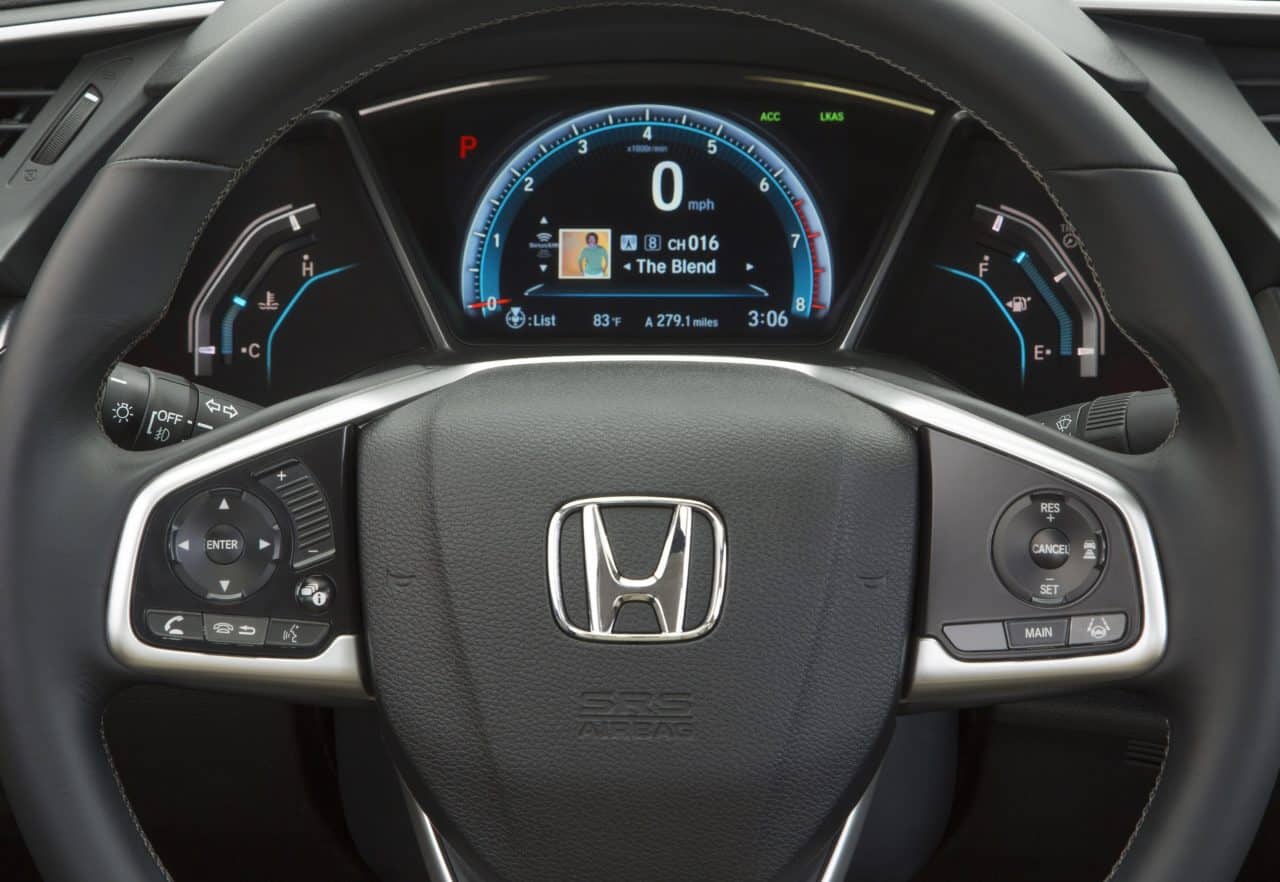 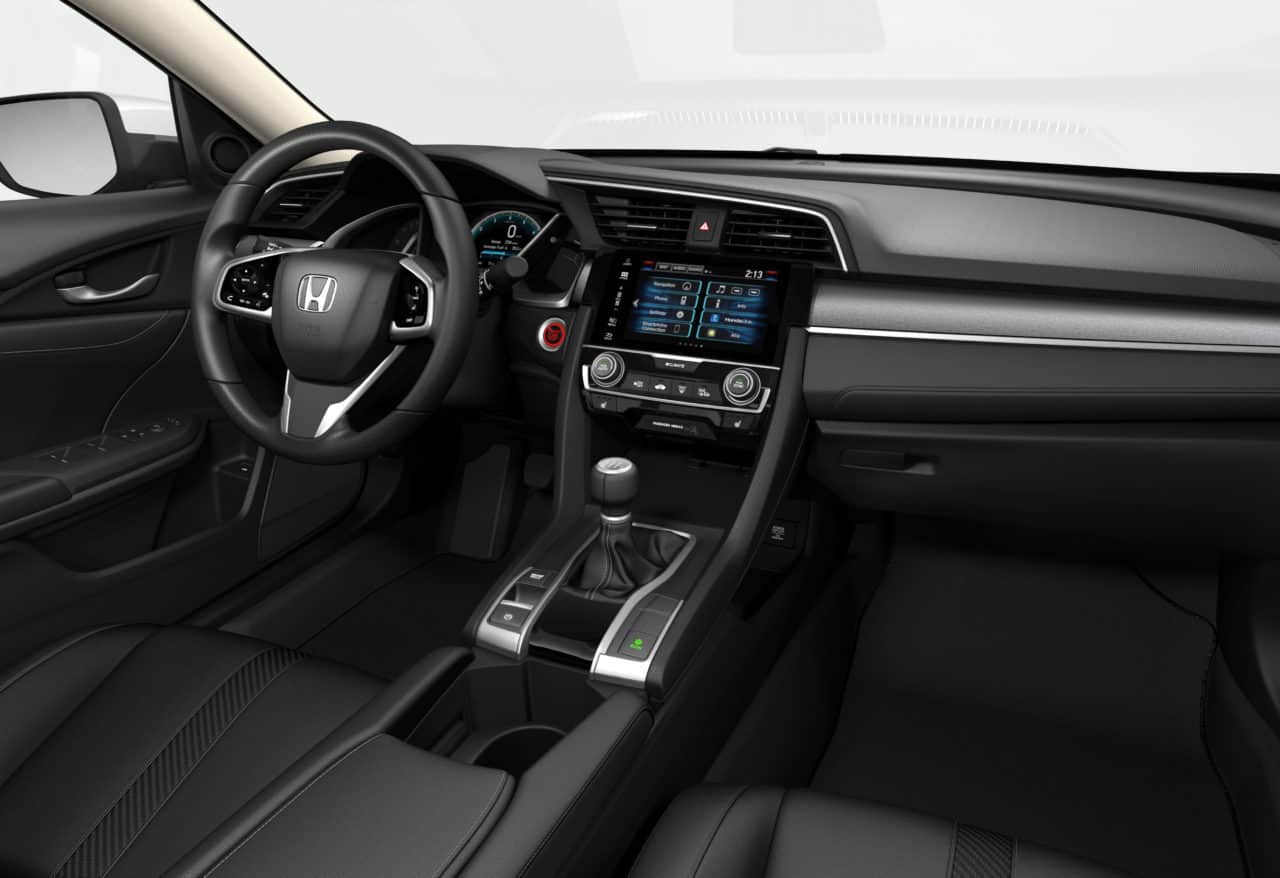 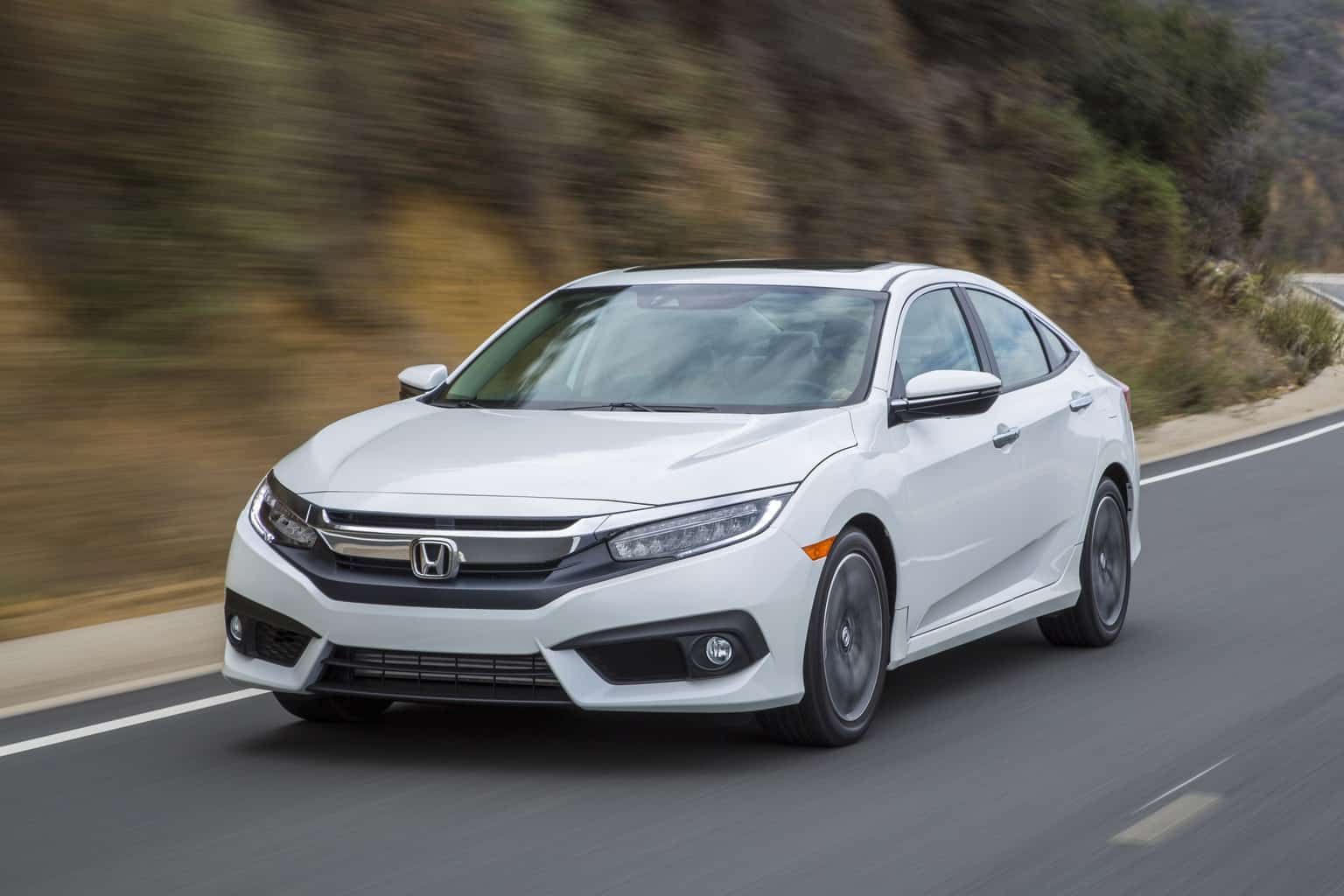 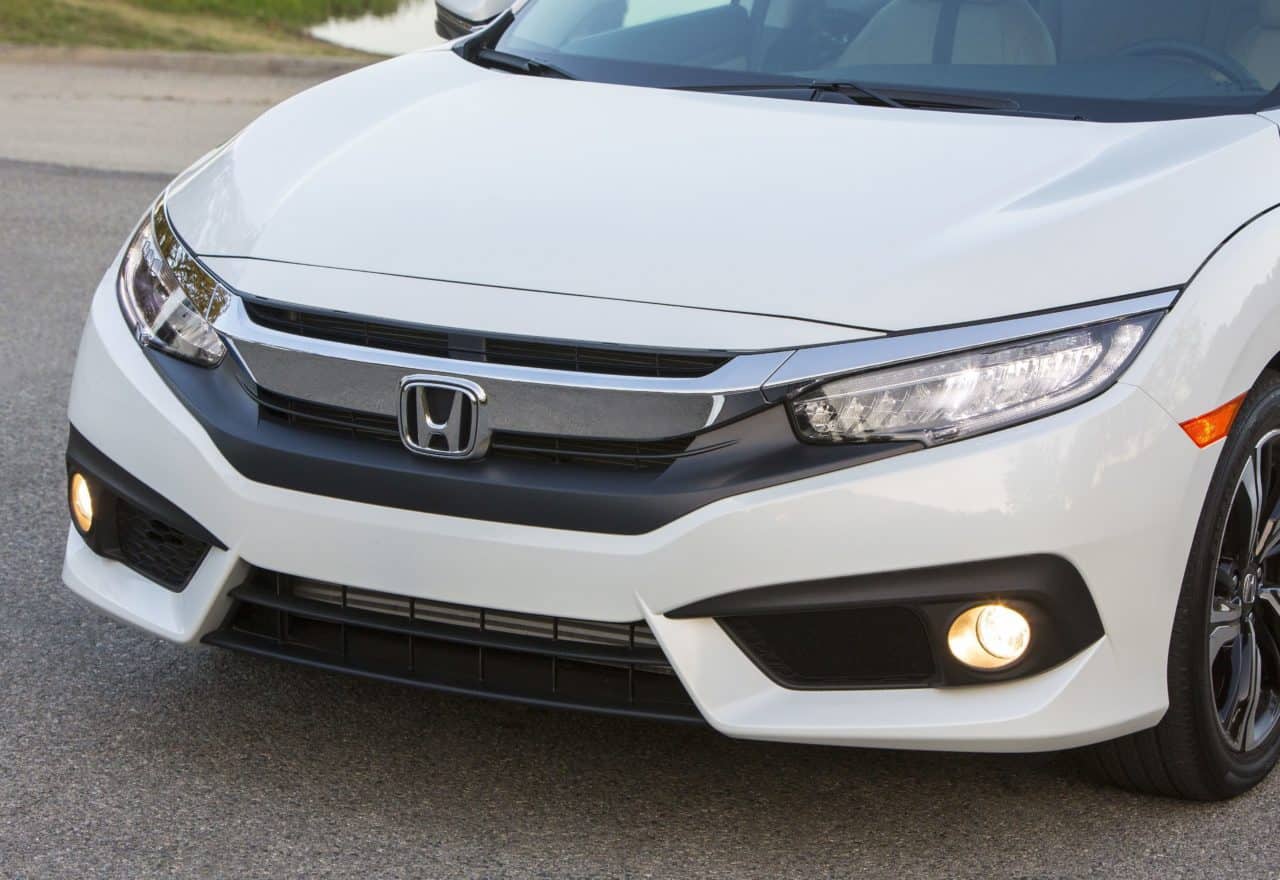 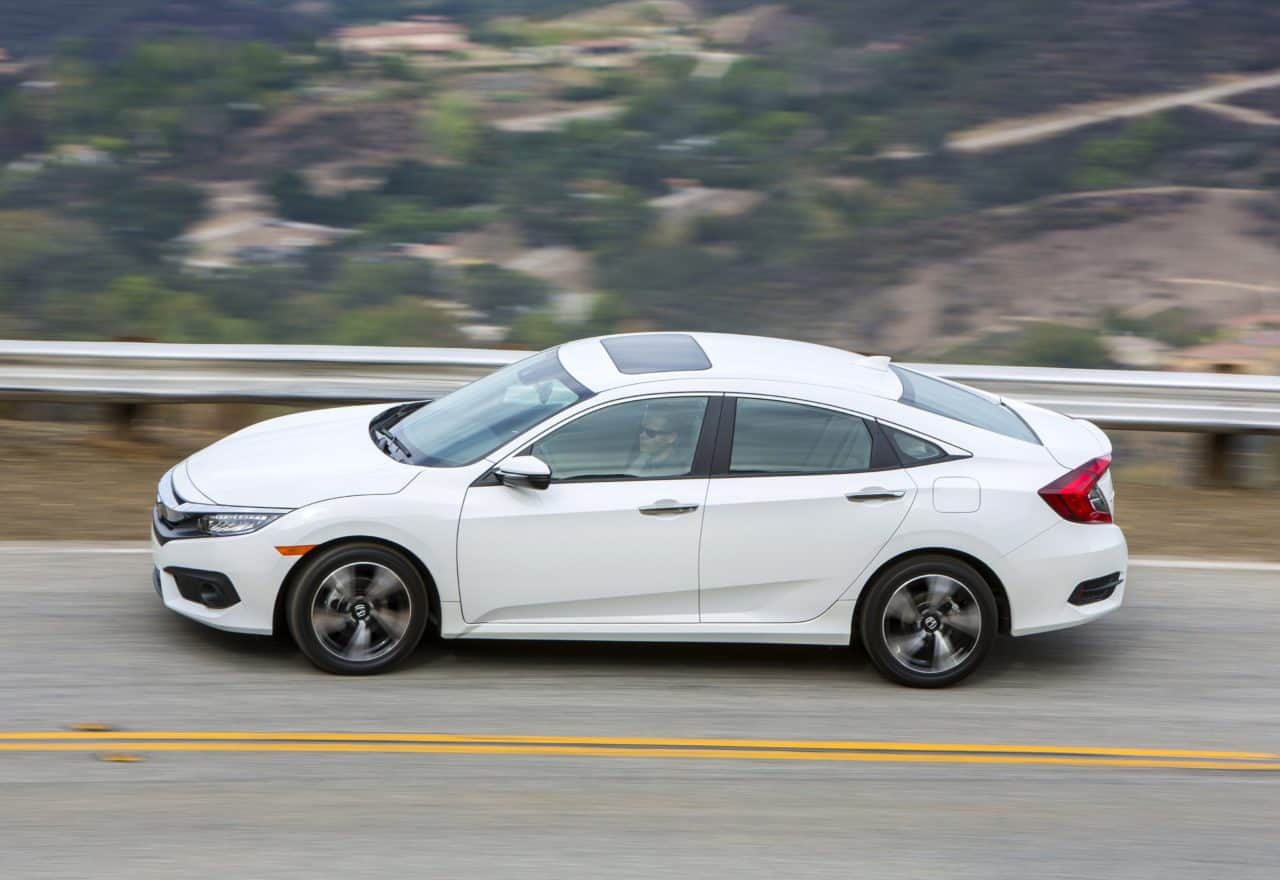 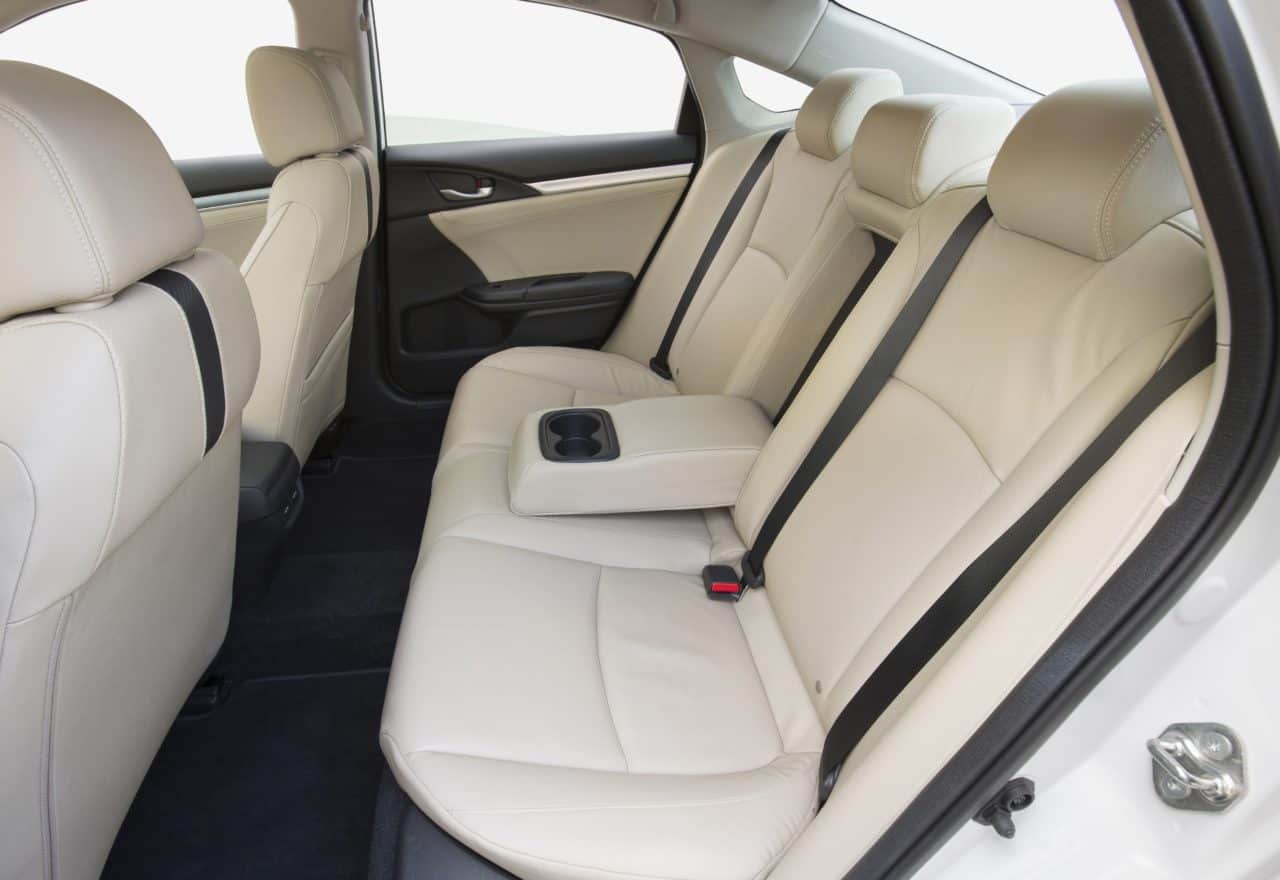 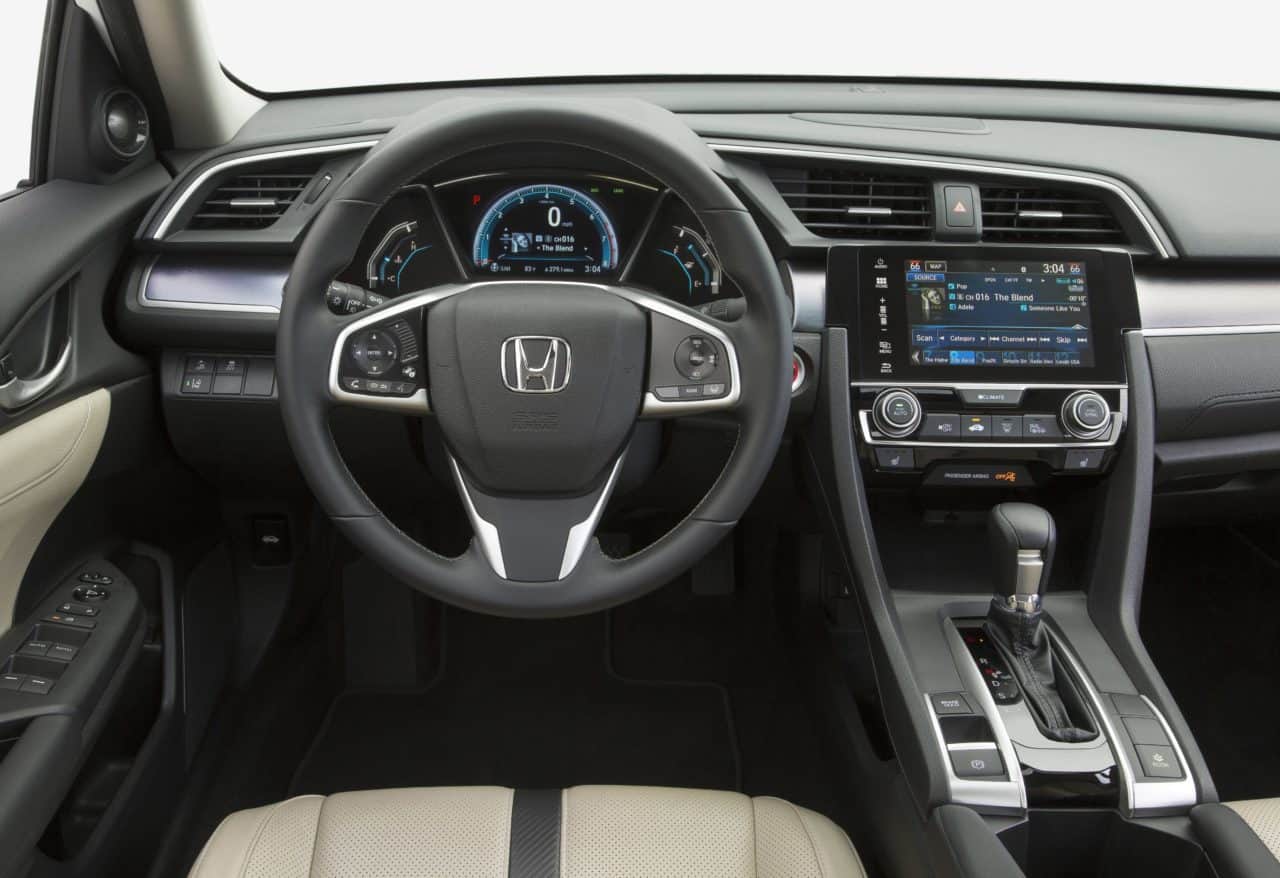 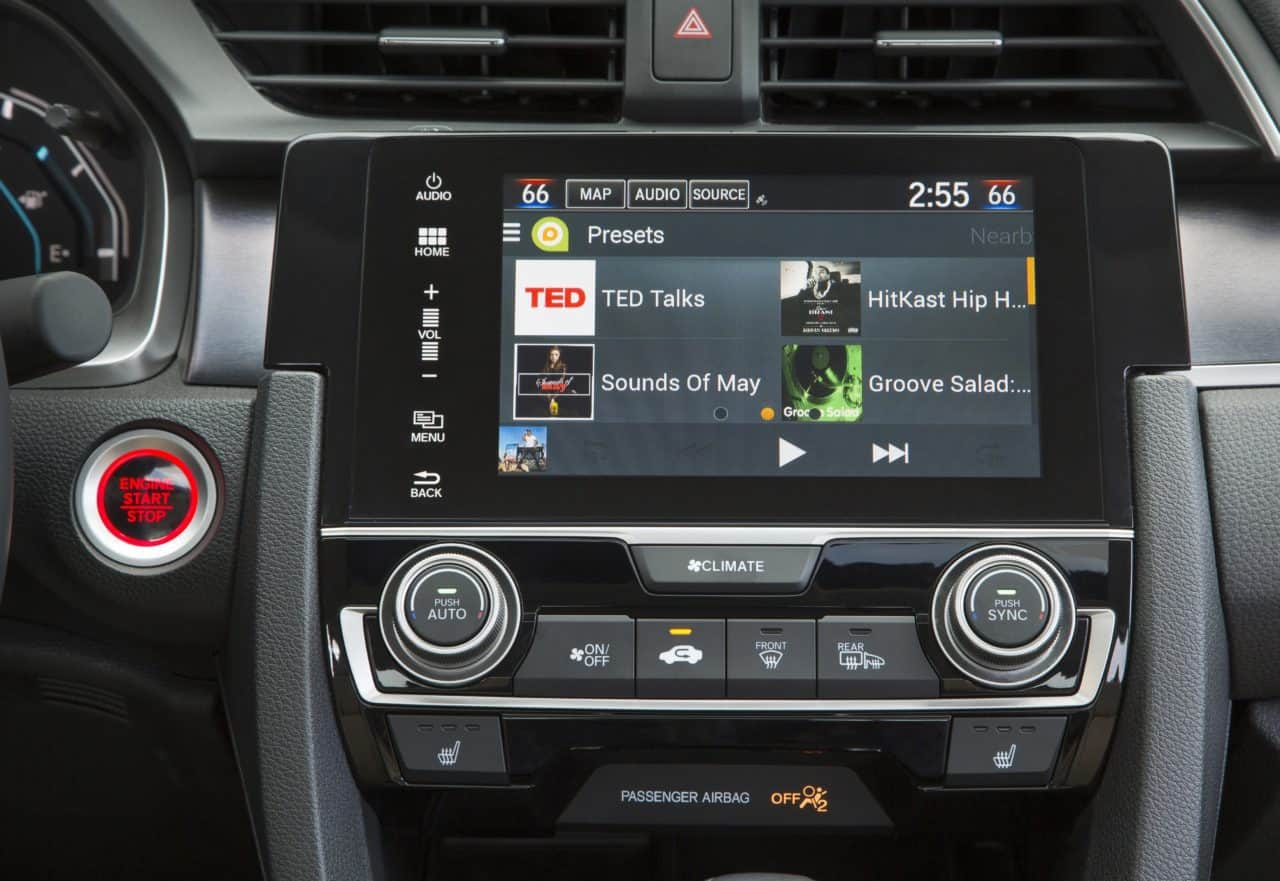 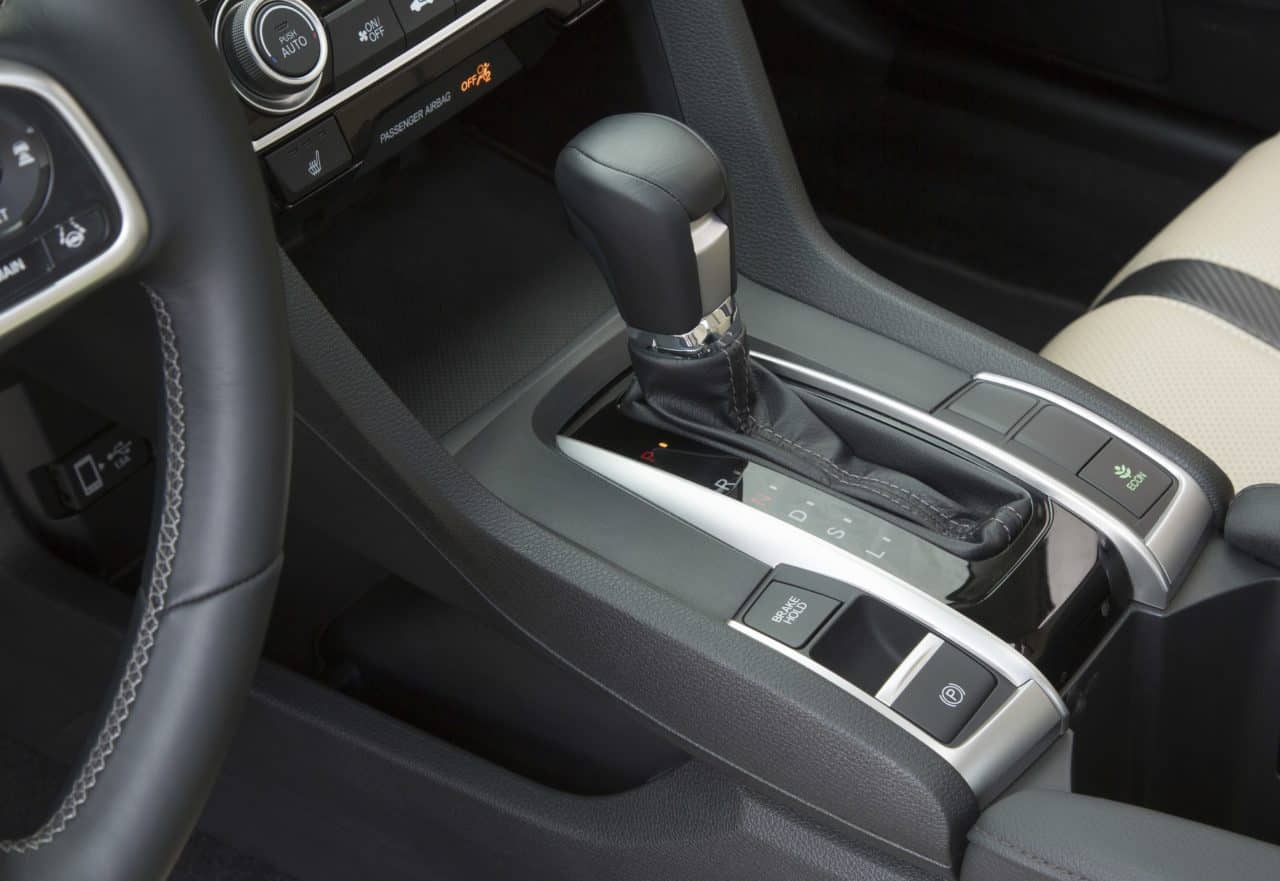 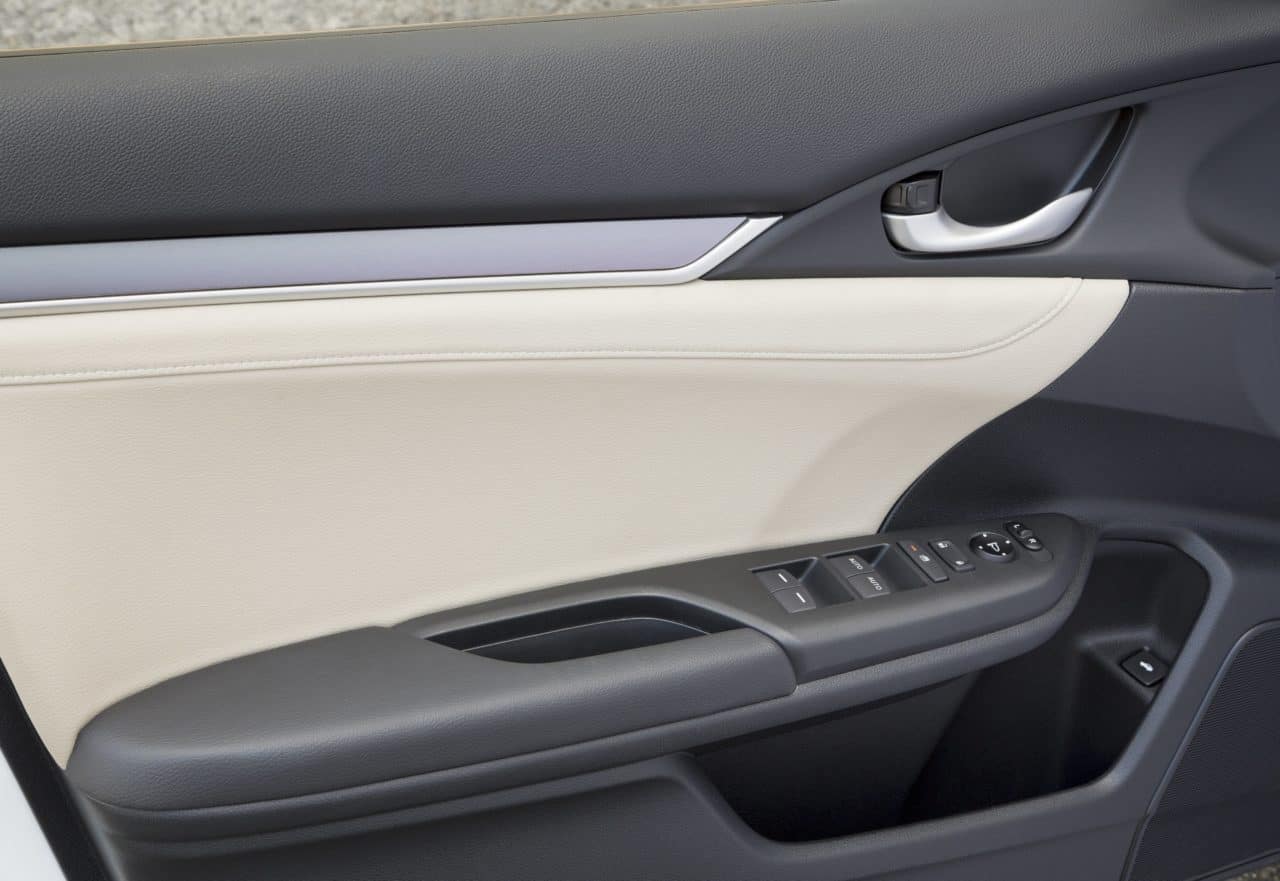 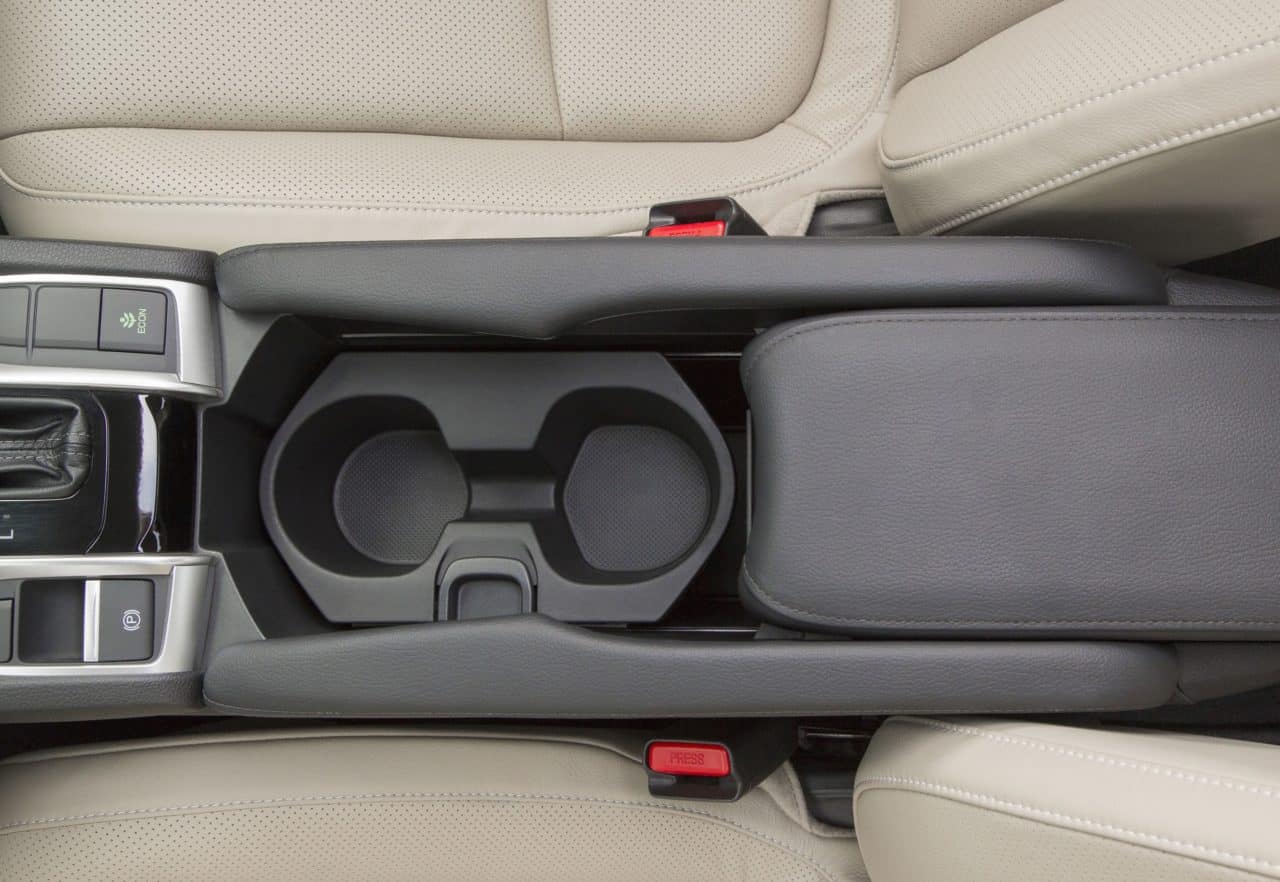 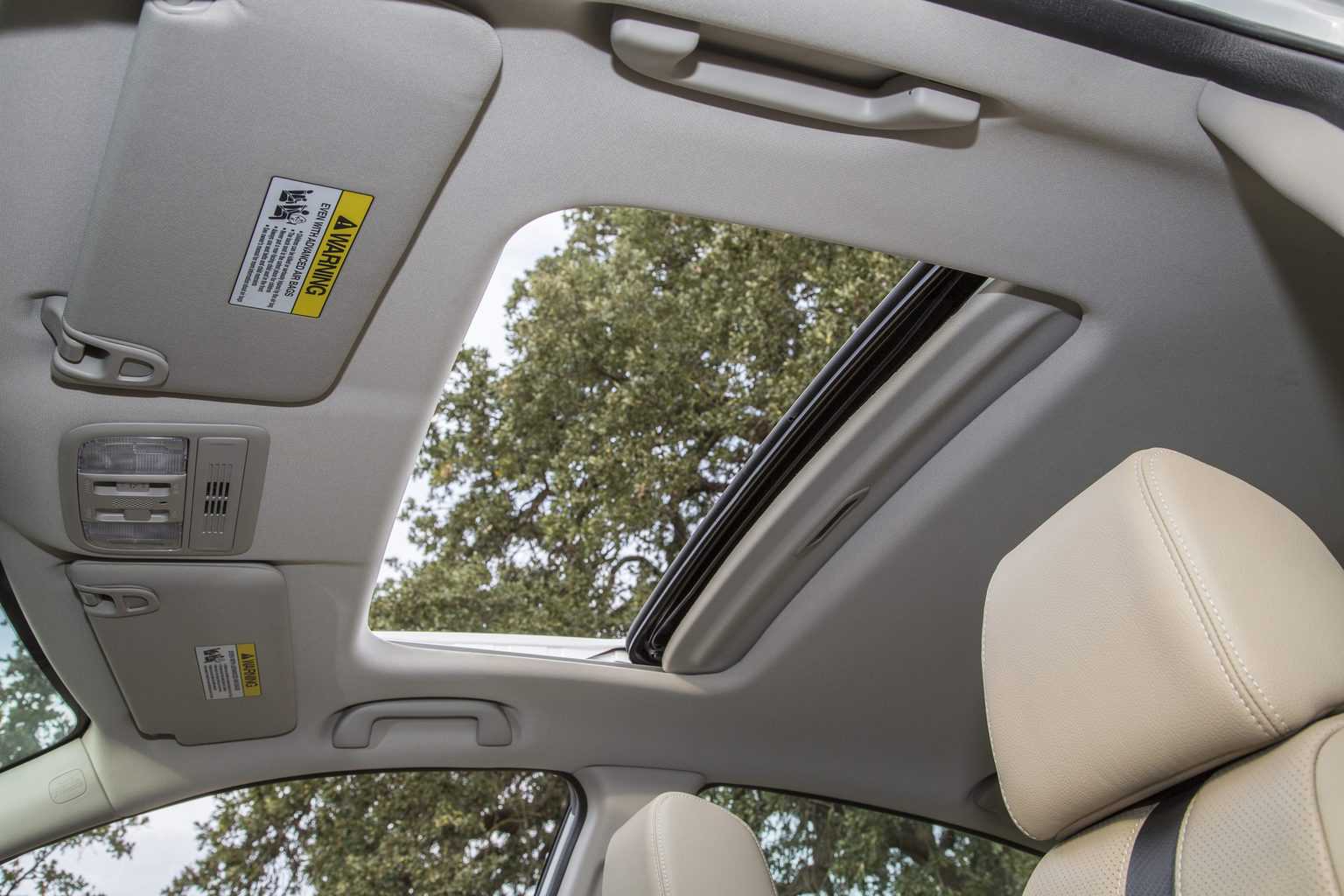 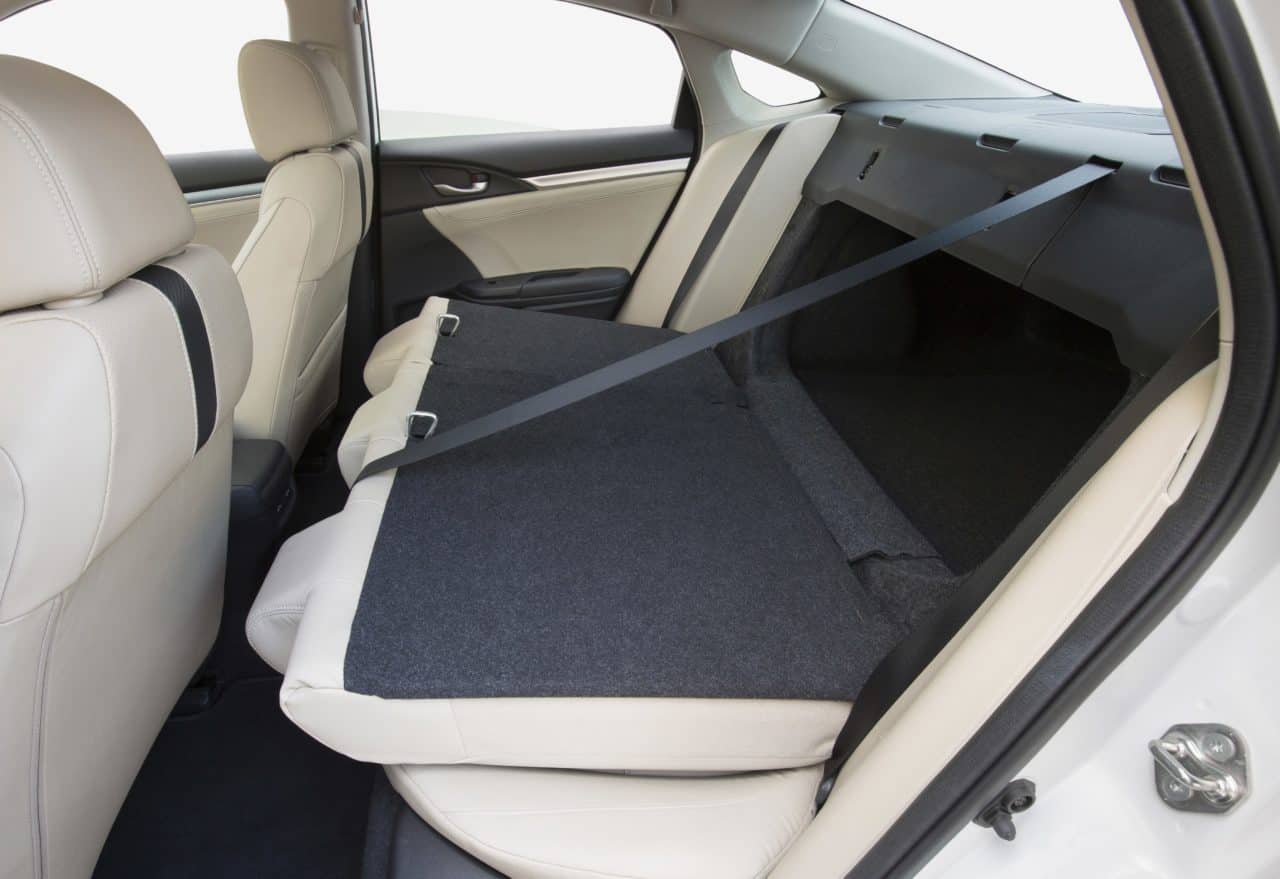 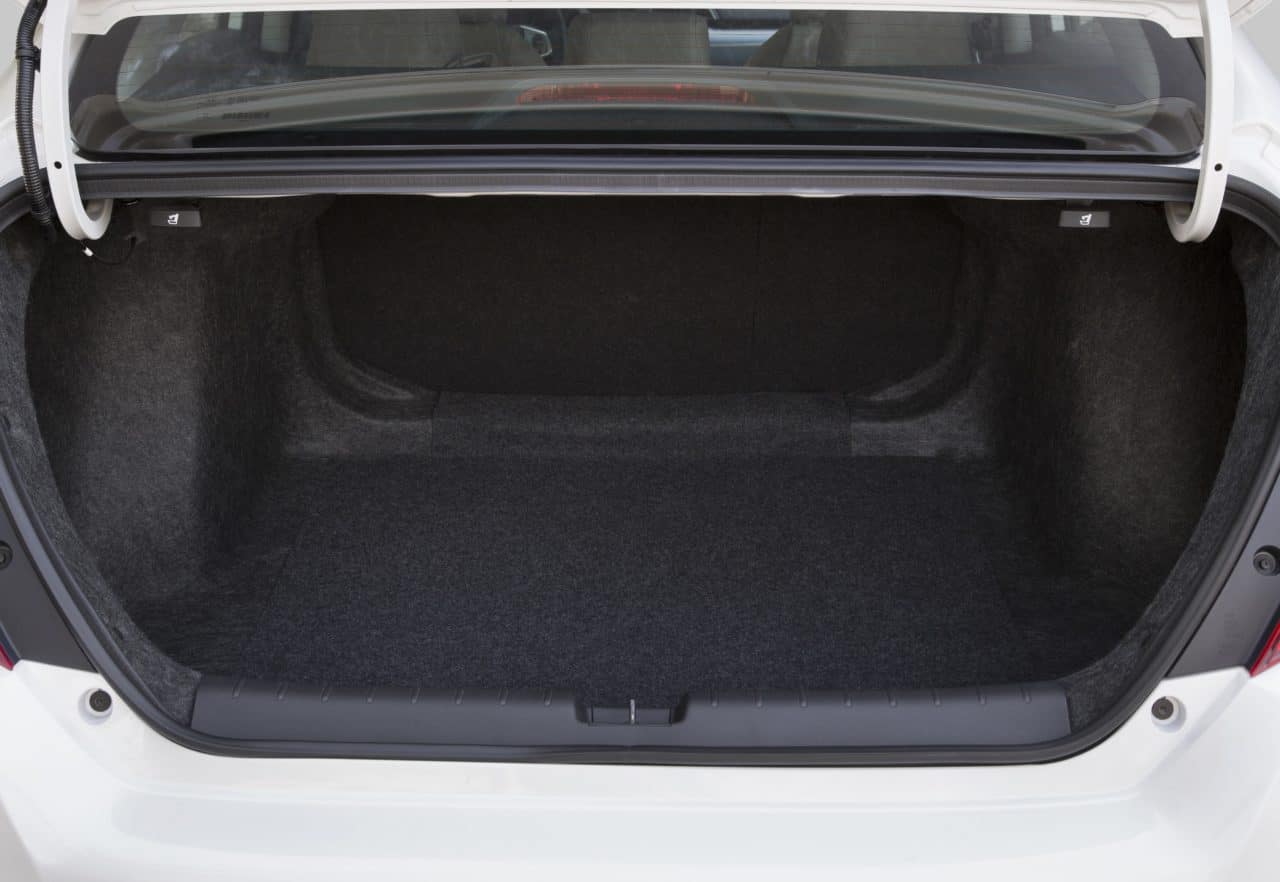