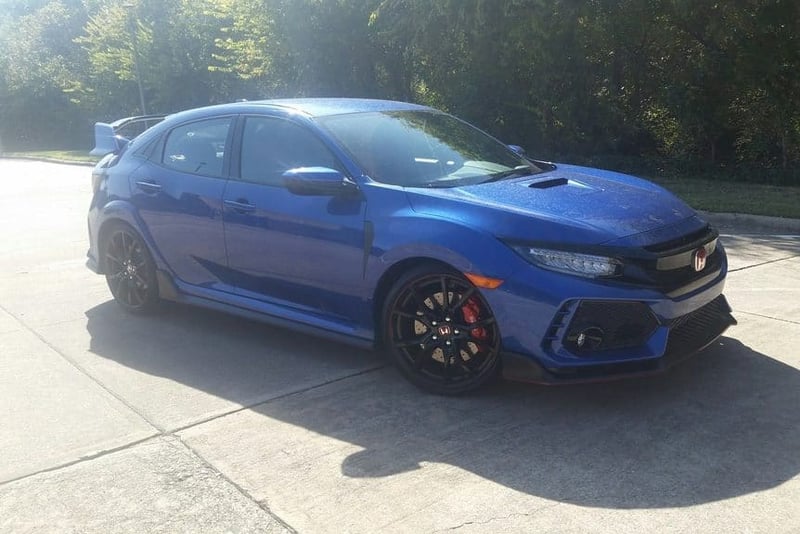 Somewhere amid the evil twists and turns at Nurburgring, a German track called Green Hell, Honda found its way home -- in a Civic sedan.

I know, I know. A Civic sedan? At an infamous race track?

Just a few years ago, the Civic stood pretty small as a cheap, durable, plastic-saturated compact with all the soul of a can of peas.

Not only did Honda set a track record for front-wheel-drive cars during testing of the Type R at Nurburgring, it rediscovered its deep racing roots.

As you probably know, Honda has offered hot-hatch Type R models in Europe and Asia for years. We, of course, only got the much tamer models – most of them whispering, well-mannered little boxes easily lost on restaurant parking lots.

For 2017, though, a resurgent Honda opted to bring the Type R here for the first time, and the one I had recently prowled my suburban streets with all the subtlety of a cocky blue-clad thug.

It will need all of that posturing and power to compete against the Ford Focus RS (which I tested last week), the vaunted Subaru WRX-STI and Volkswagen’s Golf R.

The Aegean Blue Touring model I had radiated both, as well as a mix of styling ranging from acceptable to pretty awful.

Like regular models of Civic, the R scowled at the world through a curved, blacked-out grille squeezed by aggressive wrap-around headlamps.

The R scowled at the world through a curved, blacked-out grille squeezed by aggressive wrap-around headlamps.

A slick little scoop similar to the one on the Subaru WRX was fitted into the R’s raised hood to draw air for the turbo’s intercooler, while a vertical slot on the front fender near the door provided a vent for heat.

Meanwhile, a skinny carbon-fiber skirt with a thin red line on its edge wrapped around the lower body, matching the red stripe on the R’s 10-spoke, 20-inch black wheels, shod in low-profile 245/30 tires.

It all looked fairly tight and chiseled.

Honda left me on the side of the road with the R’s painfully clumsy rear end, marred further by a giant blue and black wing that appeared to have fallen off a Russian satellite – and landed hard.

I just tried to focus on the car’s strange exhaust pipes – two four-inch diameter cannons on the outside with a smaller three-inch resonator in the middle.

Oddly, though, the R didn’t make much noise – and yet, had plenty to say.

Its 2-liter four breathed deeply thanks to direct fuel injection and a turbocharger, spinning out 295 lb.-ft. of torque at a low 2,500 rpm in addition to the 306 ponies.

Although smooth and rich-sounding in a muted way, the little engine needed some revs to awaken, surging with power at 3,000 rpm and again at 5,000 as it raced to 60 mph in 4.9 seconds, according to Car and Driver.

As you might expect, all that performance cuts into the R’s fuel economy, though the car still manages a rating of 22 miles per gallon in town and 28 on the highway.

The steering also was quick and transmitted pretty good road feel – though it was a bit heavy for my taste.

Maybe most impressive of all, the front-wheel-drive R rarely lapsed into ugly torque steer no matter how hard I squeezed the throttle and shifted its slick six-speed manual transmission.

Aided by a sophisticated limited-slip differential, the 3,100-pound sedan didn’t dart around in moderately fast corners even under acceleration, turning into them with crisp confidence and daring you to push harder.

Moreover, the steering also was quick and transmitted pretty good road feel – though it was a bit heavy for my taste.

The price for all that composure came in the R’s ride. In sport mode, it felt intense and fidgety, moving a bit with every imperfection in the road.

It was a compromise I could accept, but you may be more demanding.

With a window-sticker of $34,775, the R seemed like a performance bargain to me, so I didn’t expect much of an interior, figuring Honda blew the budget on the car’s stiff platform and lusty engine.

But actually, the interior was well-executed and felt right for the R – an extrovert in black and red.

A broad, graceful dash similar to those in all Civics wrapped around a 7-inch display screen up high that offered CarPlay/Android audio integration, Pandora interface and a USB audio interface.

However, as in other Civics, the stereo could only be controlled with distracting touchpads on the screen – which is akin to driving blindfolded for a second.

Still, I mostly forgave Honda because the rest of the interior was pretty sweet, featuring extremely supportive seats in red and black, red seatbelts and decent leg- and head room in back.

It sort of shouted “Honda’s back” and I agree.

If I had to choose among the hot-hatch offerings, I would likely opt for the Type R over the Focus RS, mainly because it’s lighter, a bit more agile and $8,000 cheaper.

That’s a strong combination for a first-time model in the U.S. 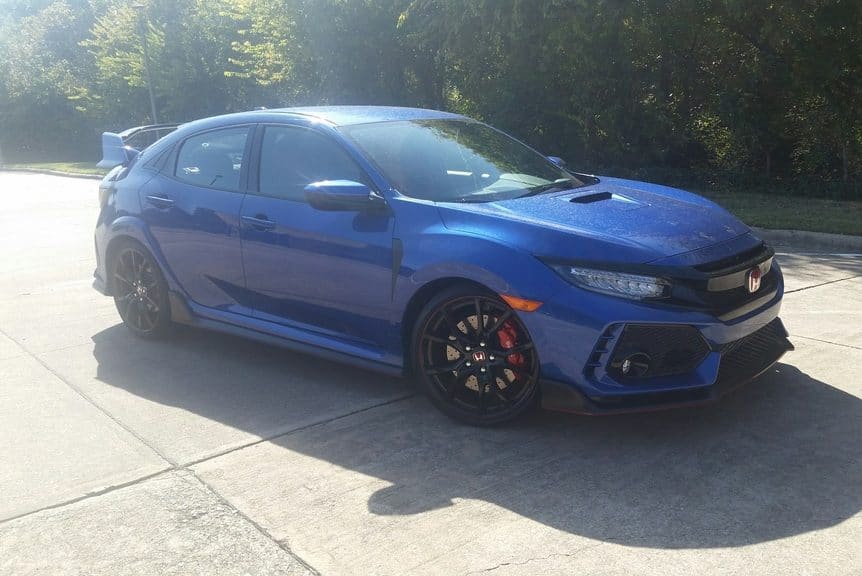 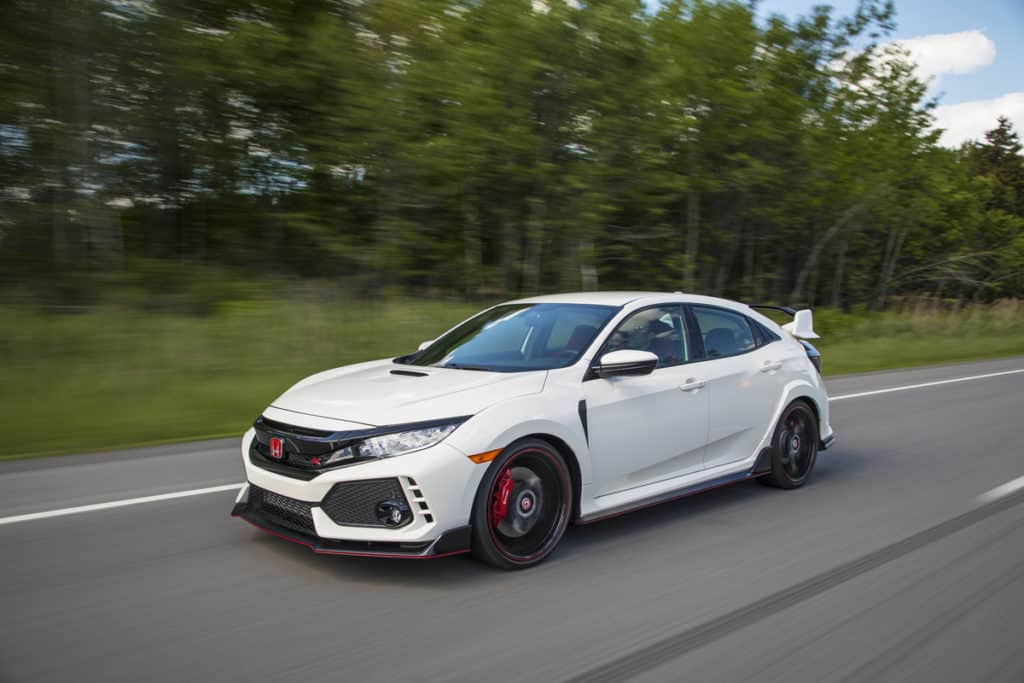 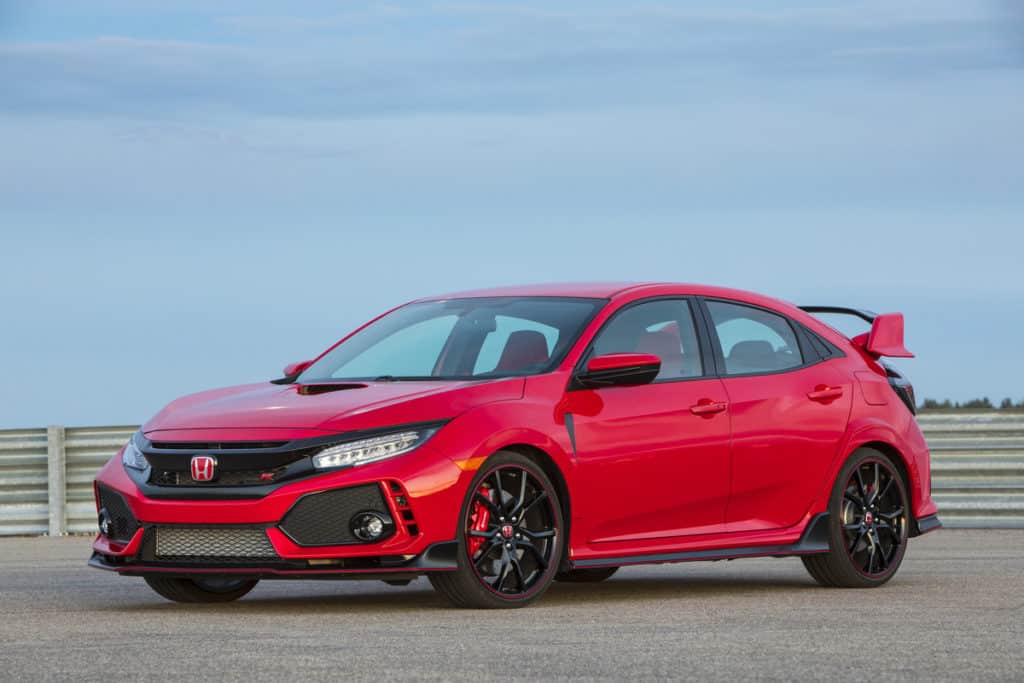 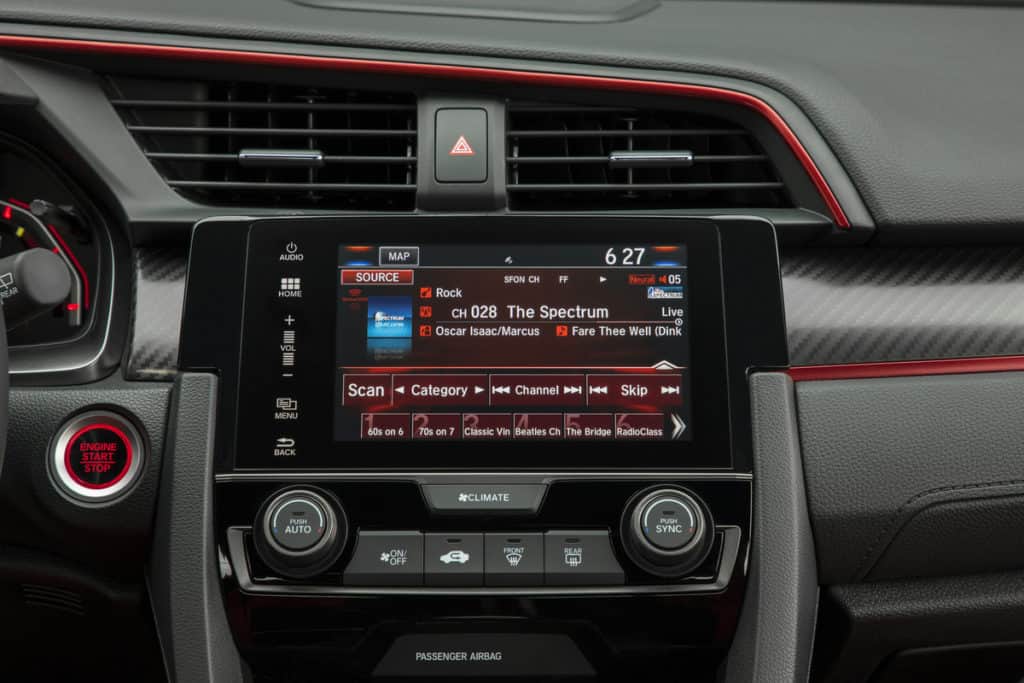 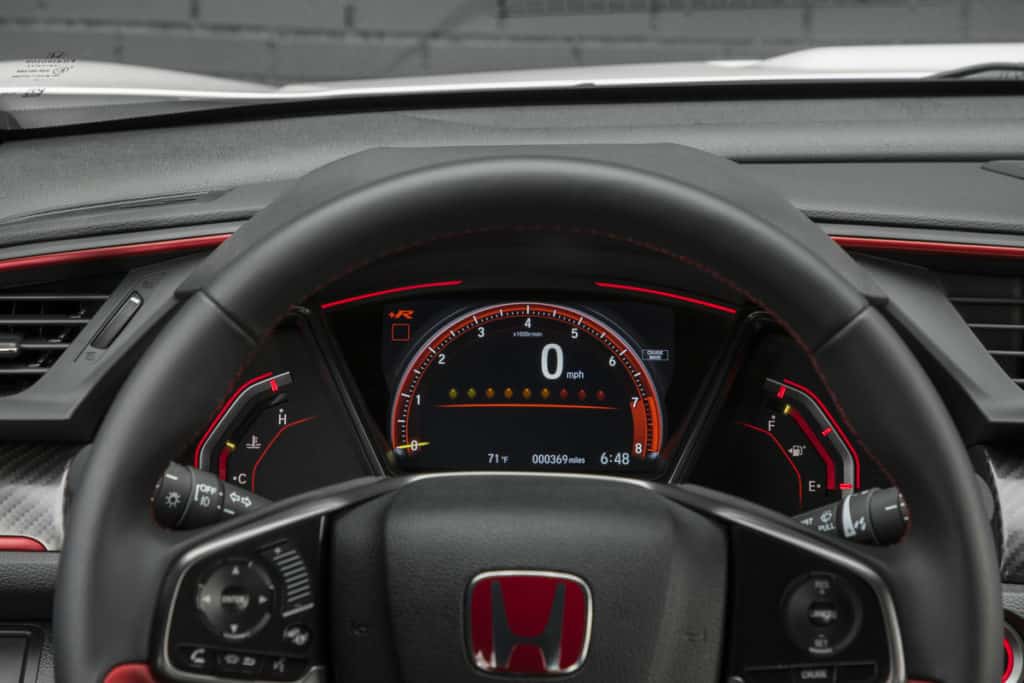 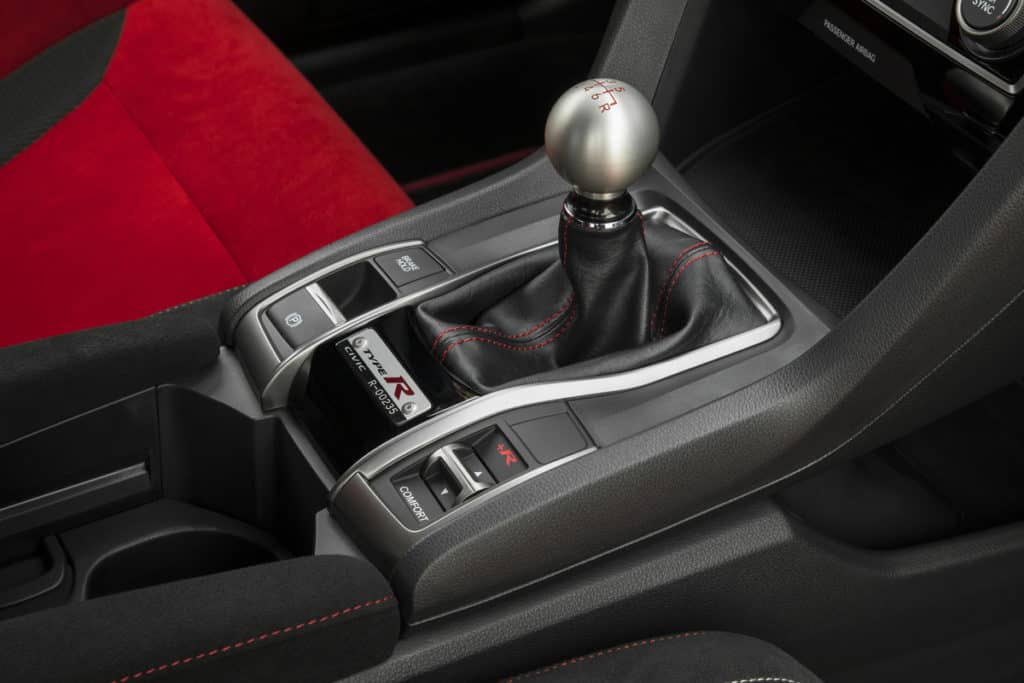 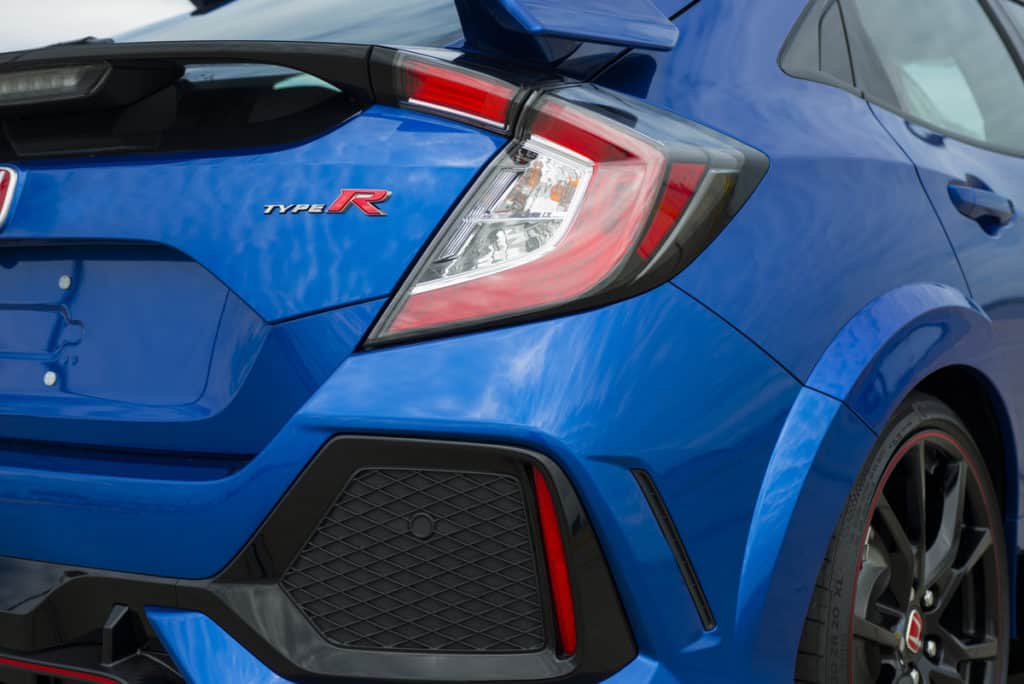 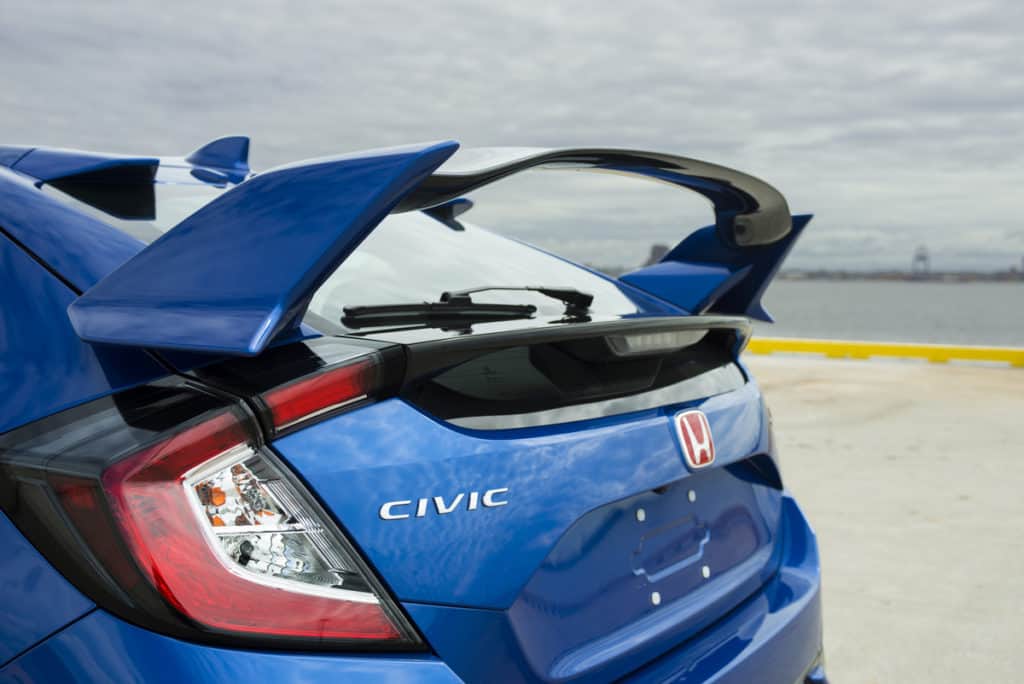 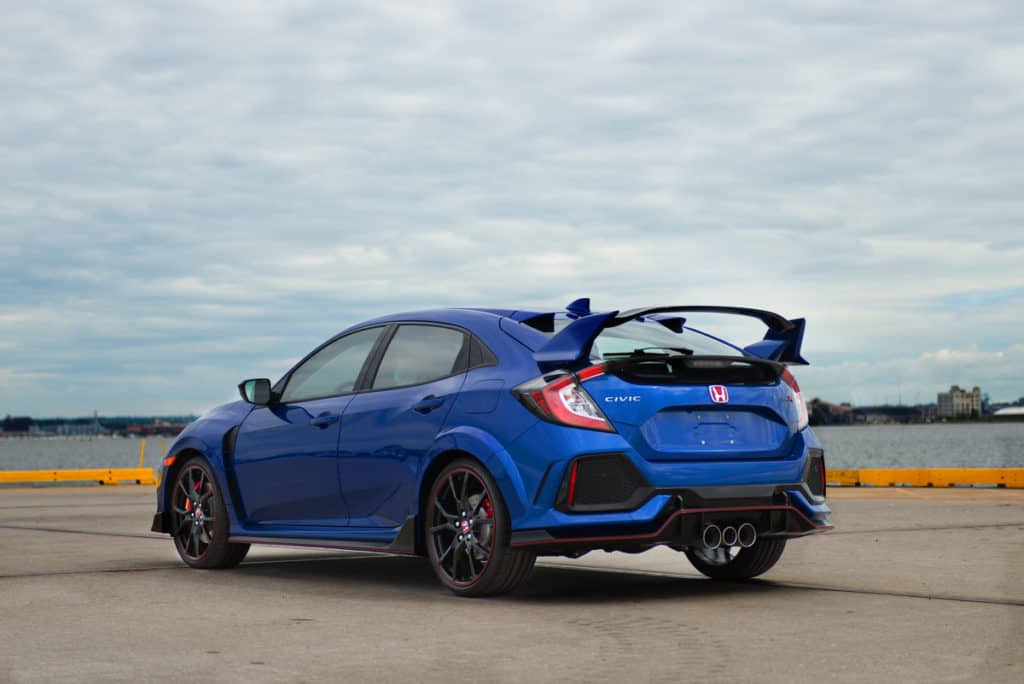 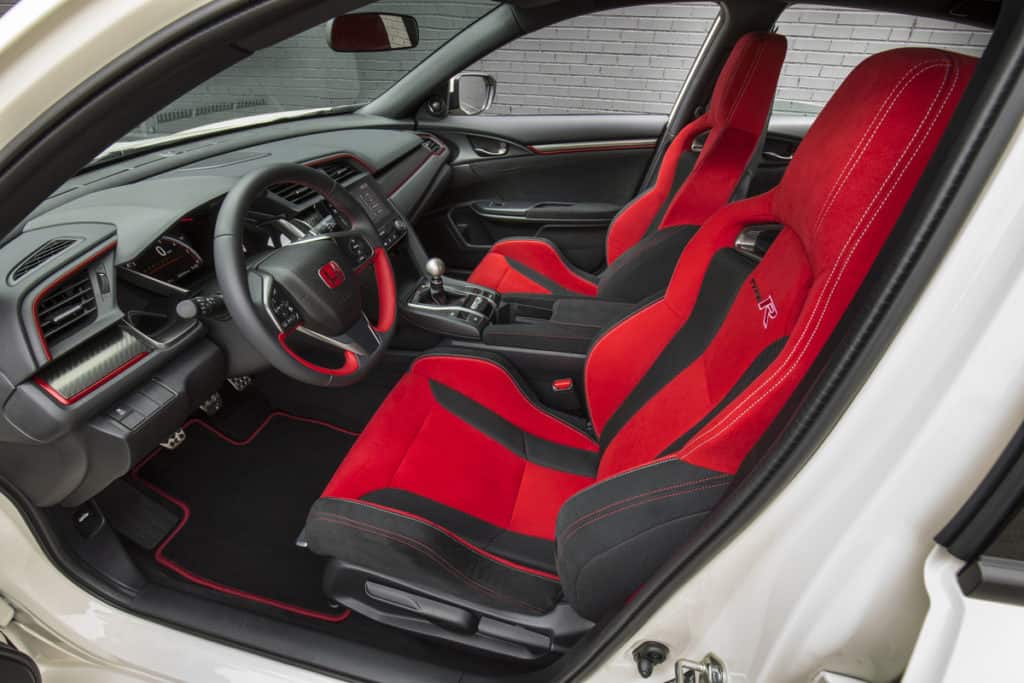 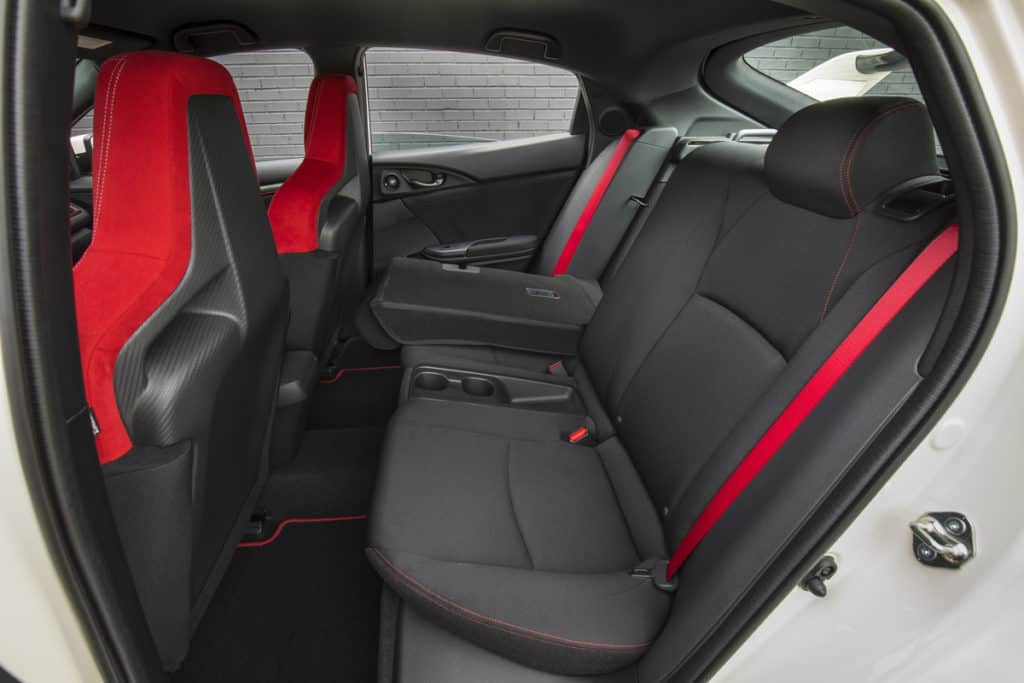 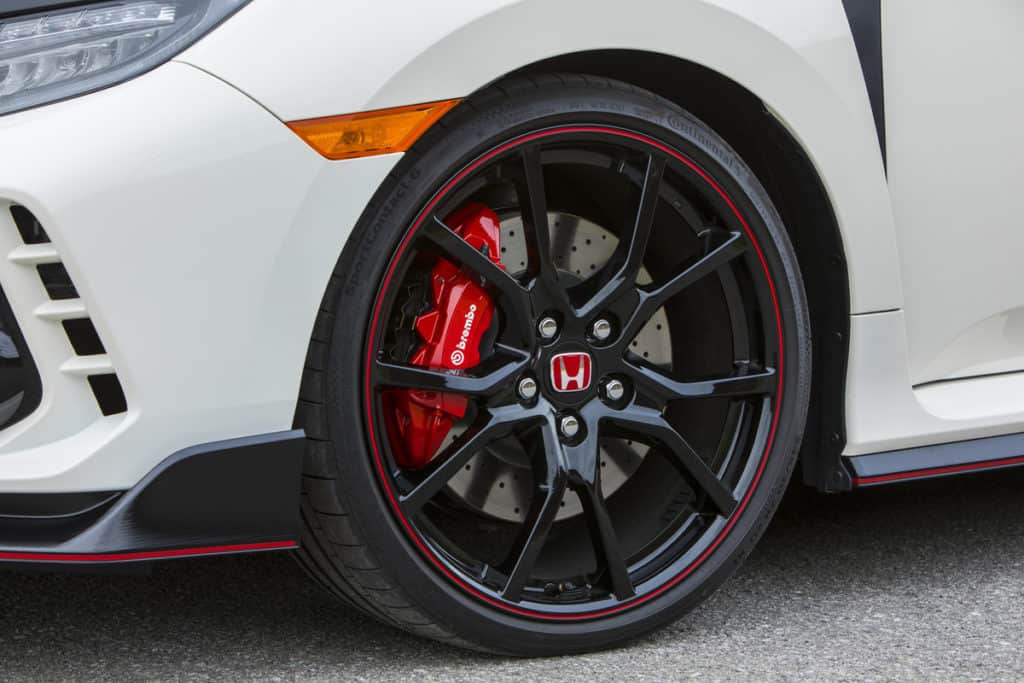 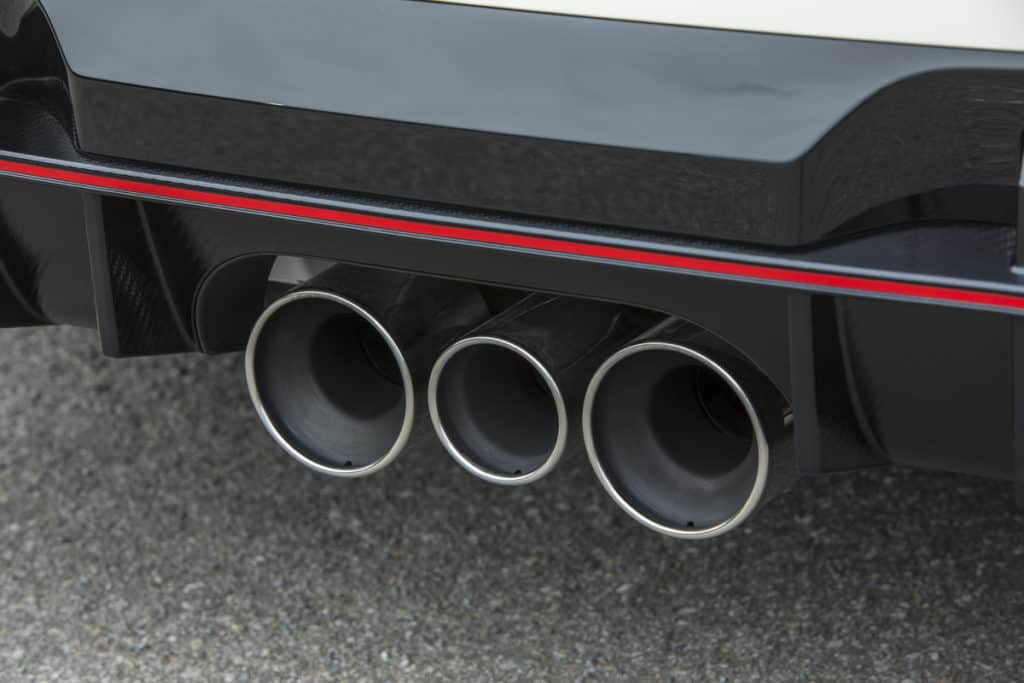 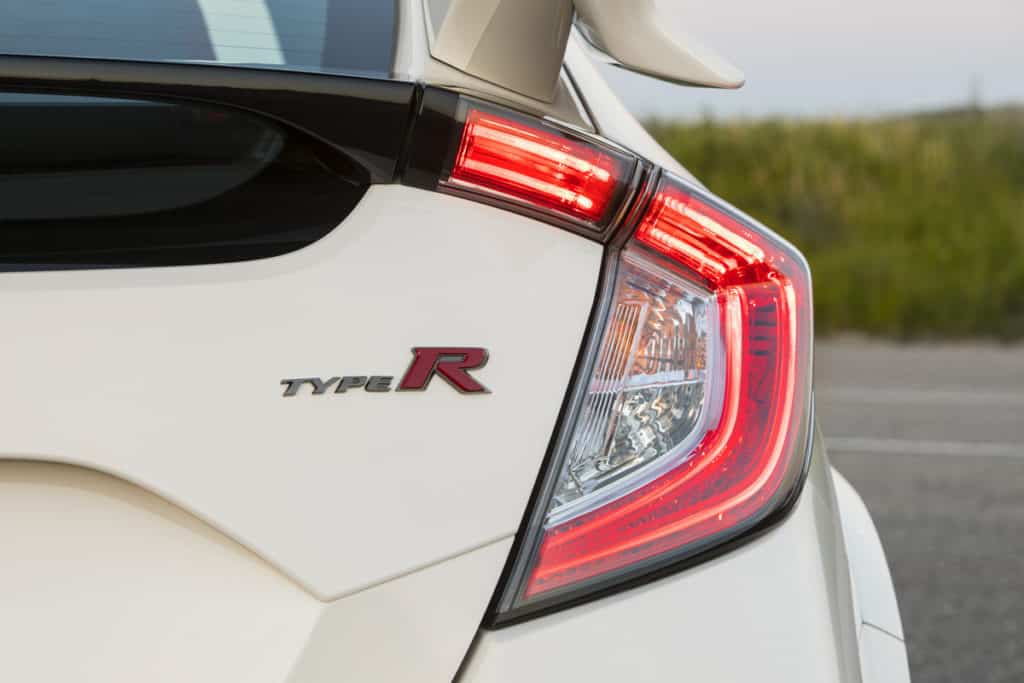