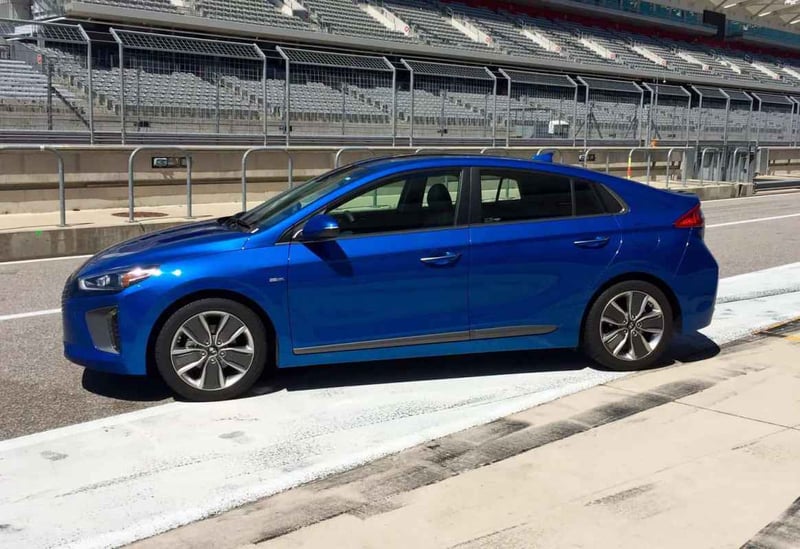 Crazy North Korea and the tumultuous Trumps kind of worry me sometimes – not to mention, gasp, all this distressing body-shaming stuff.

That one almost kept me up for a couple of seconds the other night once I figured out who some of the well-fed semi-celebrities were.

Our culture teeters on the brink, I guess, when people poke fun at each other. Whatever happened, incidentally, to that horde of killer bees that was going to wipe us out?

The Ioniq is a legitimate 55 mile-per-gallon hybrid. It just doesn’t act much like one.

Beats me, but I can ease some of your heavy load of angst if – like me – you dread the day when we all will be driving around in bipolar hybrid vehicles that look like something that fell off a Russian space ship.

The 2017 Hyundai Ioniq Limited I had recently, a different sort of affordable hybrid, looked and pretty much drove like any good mainstream compact sedan.

That should rate as good news even at somber CNN because most prim, silent hybrids are about as much fun as dealing with AT&T.

Here’s the deal, though: The only way that automakers will be able to meet federal fuel-economy standards is to build lots more hybrids and electric cars.

Unlike those killer bees, they are coming.

My dark-blue Ioniq -- a new model for Hyundai – truly bordered on good-looking, a claim I’ve been making for decades with limited success.

My dark-blue Ioniq — a new model for Hyundai – truly bordered on good-looking.

It even tolerated an occasional hearty blast of Jason and the Scorchers on the stereo, a band that makes some muscle cars jerk.

Meanwhile, the Ioniq’s top flowed sleekly into a short hatchback and its mostly flat sides wore an unusual band of thin gray trim above the rocker panels.

Otherwise, everything else looked pretty mainstream – even the rolling stock: 225/45 tires on five-spoke alloy and gray 17-inch wheels.

Don’t be fooled, though, kids. The Ioniq is a legitimate 55 mile-per-gallon hybrid. It just doesn’t act much like one.

As in all sparkers, the Ioniq relies on a gas engine assisted by an electric motor.

However, the front-wheel-drive sedan’s 1.6-liter four-cylinder engine and AC motor/generator spin a conventional dual-clutch six-speed automatic transmission rather than a braying belt-and-pulley CVT.

The combination is good for 139 horsepower and 195 lb.-ft of torque.

Unlike the vaunted Toyota Prius with its boring CVT “transmission,” the Hyundai clicks smartly through real shifts, putting its power to good use.

Slip into “sport” mode by pulling the shift lever to the left and the Ioniq jumps away nicely from stops, winding up to nearly 6,000 rpm and hitting 60 mph in a respectable 8.9 seconds, according to Car and Driver.  That is nearly two full seconds quicker than the Prius, by the way.

Drive the Ioniq like an adult and it should get 55 miles per gallon in town and 54 on the highway – compared with 58 mpg in the city and 53 on the highway for the Prius.

Although the little sedan generally starts silently in electric mode and eases quietly away from stops, the engine springs to life instantly with even a gentle prod of the accelerator.

Moreover, at various times when driving, I could tell that the electric motor had briefly come back on line to provide an energizing little shot of torque.

Drive the Ioniq like an adult and it should get 55 miles per gallon in town and 54 on the highway.

The steering, while light and quick, felt a bit fuzzy, but, hey, the Ioniq was never intended to be a sports sedan.

More surprising was the car’s firm, confident ride and its composure in moderate-speed corners.

Typically, the added weight of a hybrid’s batteries blunts its handling and responses, but the Ioniq apparently benefits from a compact, lightweight lithium-ion battery pack.

With a window-sticker of $31,460, the car is probably not the cheapest hybrid you can buy, but I thought it had decent value.

The gray interior in mine, for example, seemed kind of spare, but in a less-is-more techy way.

A deep dashboard in textured gray-plastic rolled down onto a mid-dash that featured a fairly restrained 7-inch display screen with Android Auto and Apple CarPlay integration.

In addition, much-preferred buttons and knobs controlled the climate and audio systems.

Up front, a flat-bottom steering wheel added a sporting feel to the interior, while gray leather seats offered good support and adequate leg- and head-room in back.

My car also had a number of nannies, including automatic emergency braking, smart cruise control and lane-departure warning.

To be honest, I kind of groaned when I heard that I would be getting the Ioniq, but I quickly came to view it as the “subtle hybrid” – a perky sedan that so smoothly integrates the gas and electric motors you may forget it’s a hybrid.

In short, you don’t need to be a techno-dweeb to appreciate it. 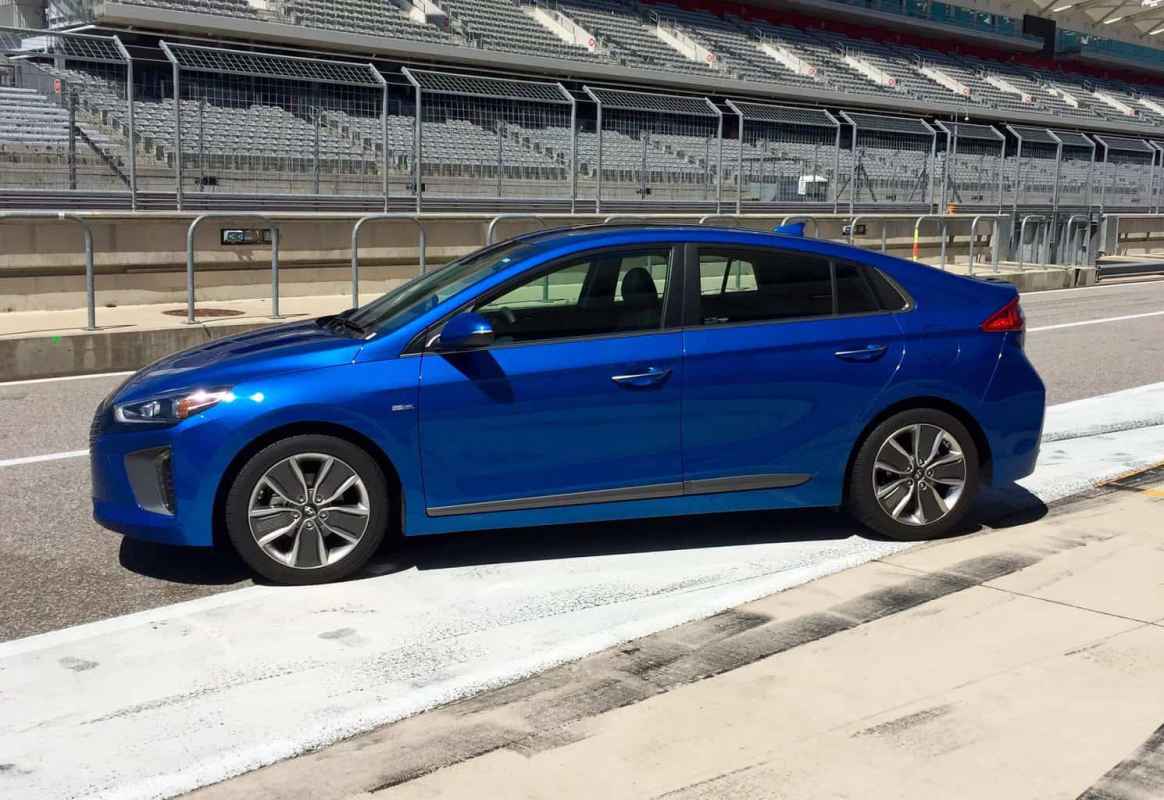 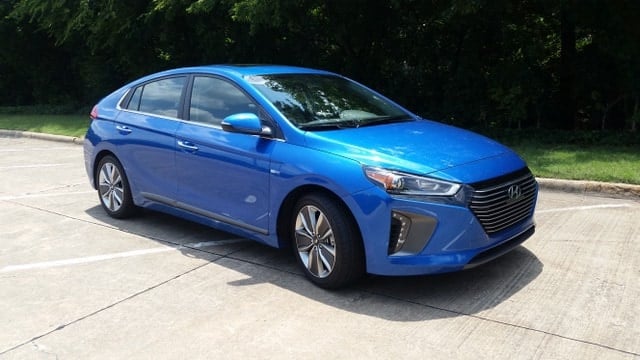 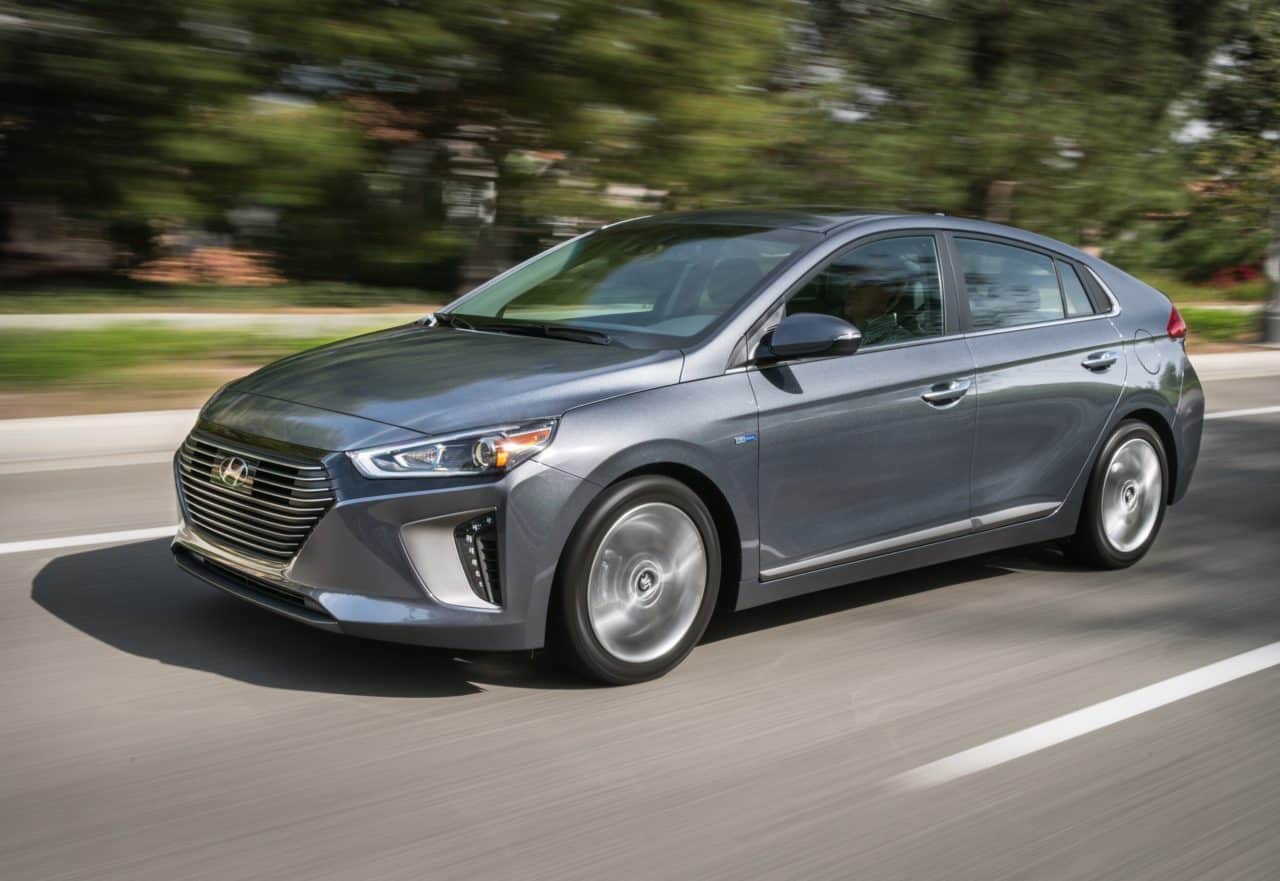 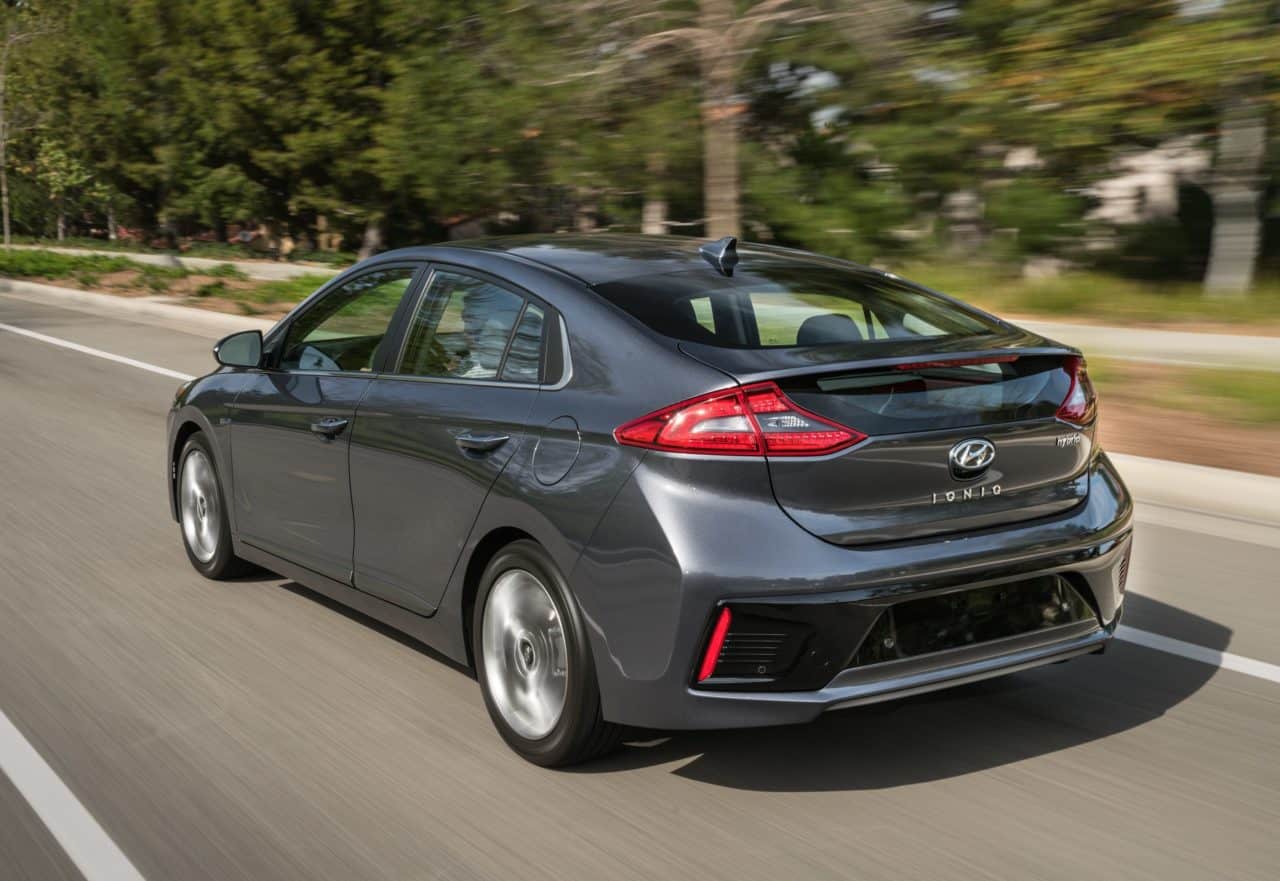 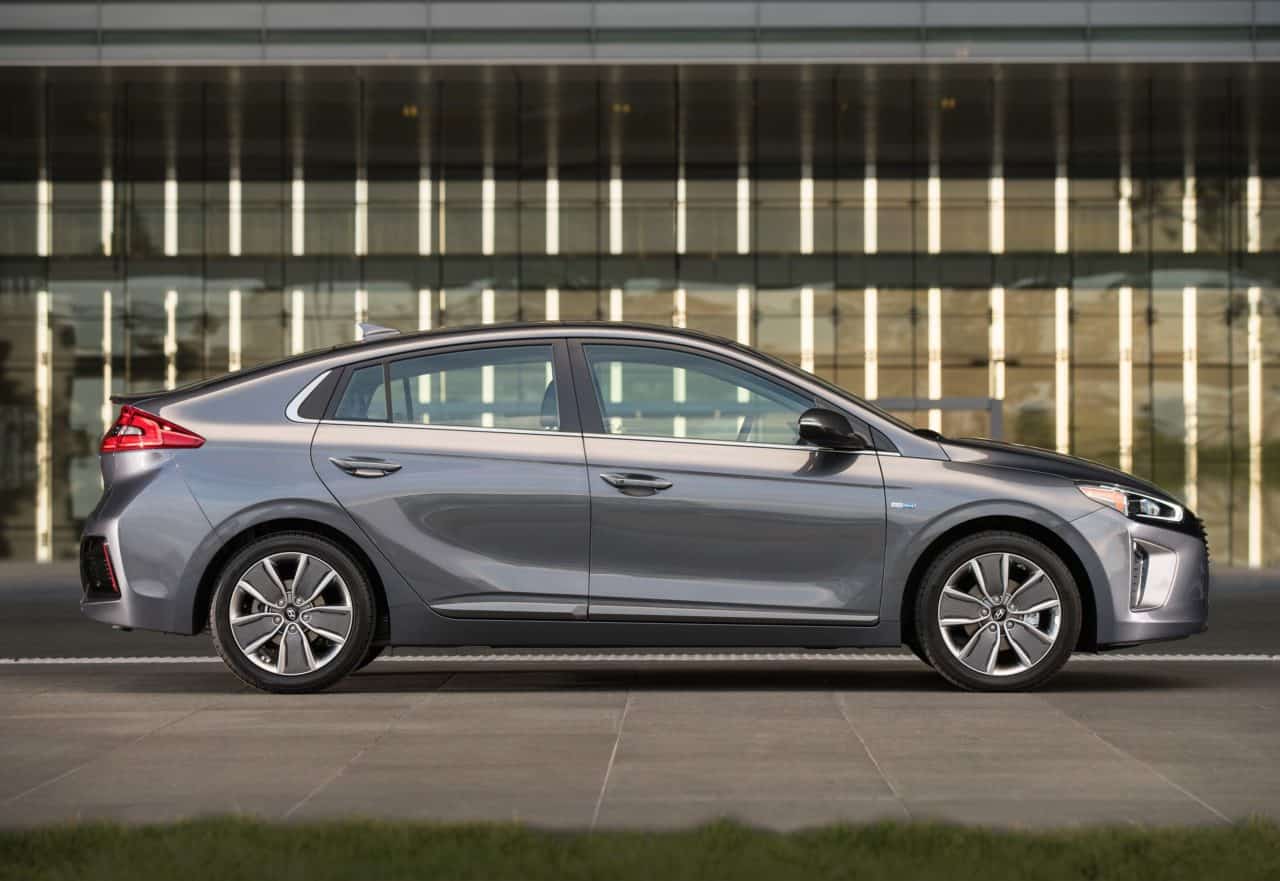 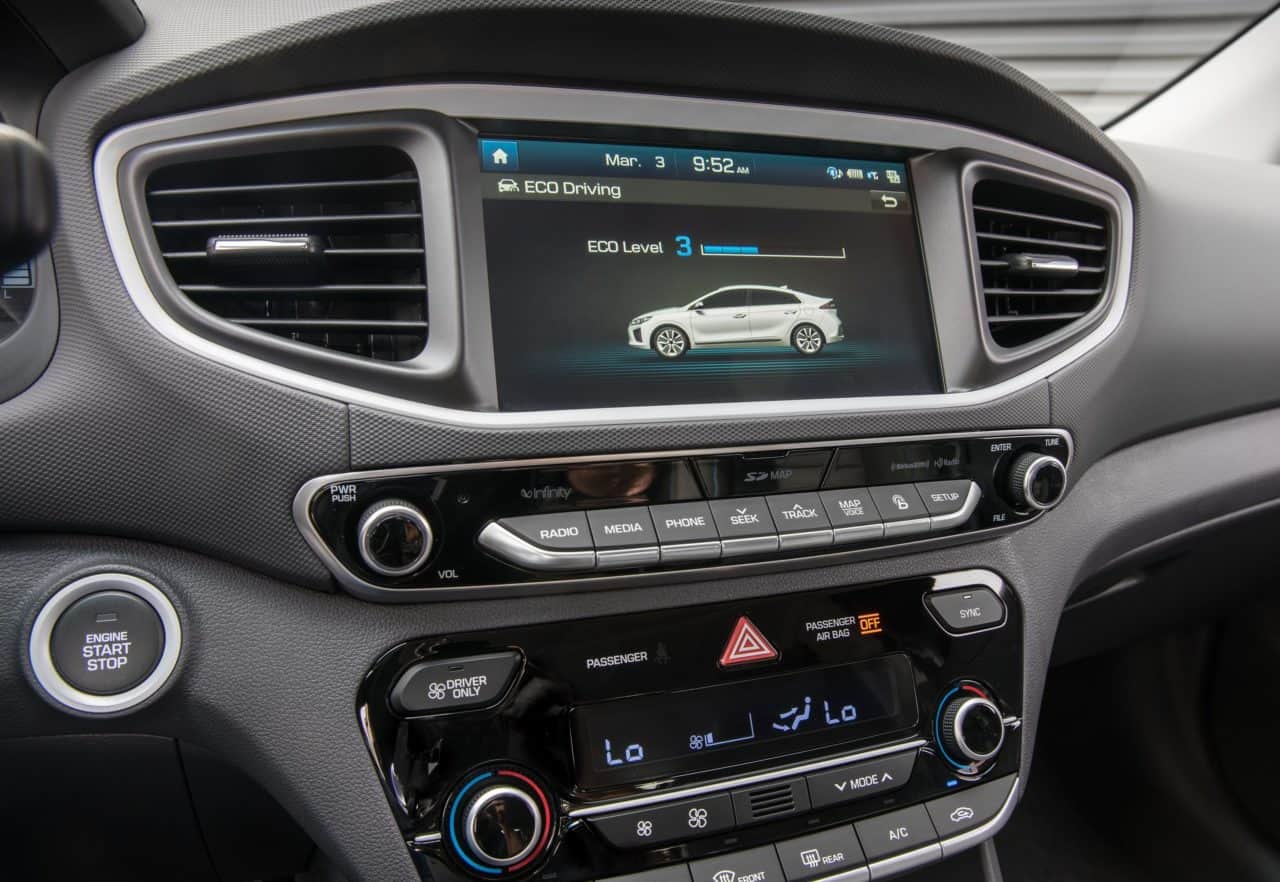 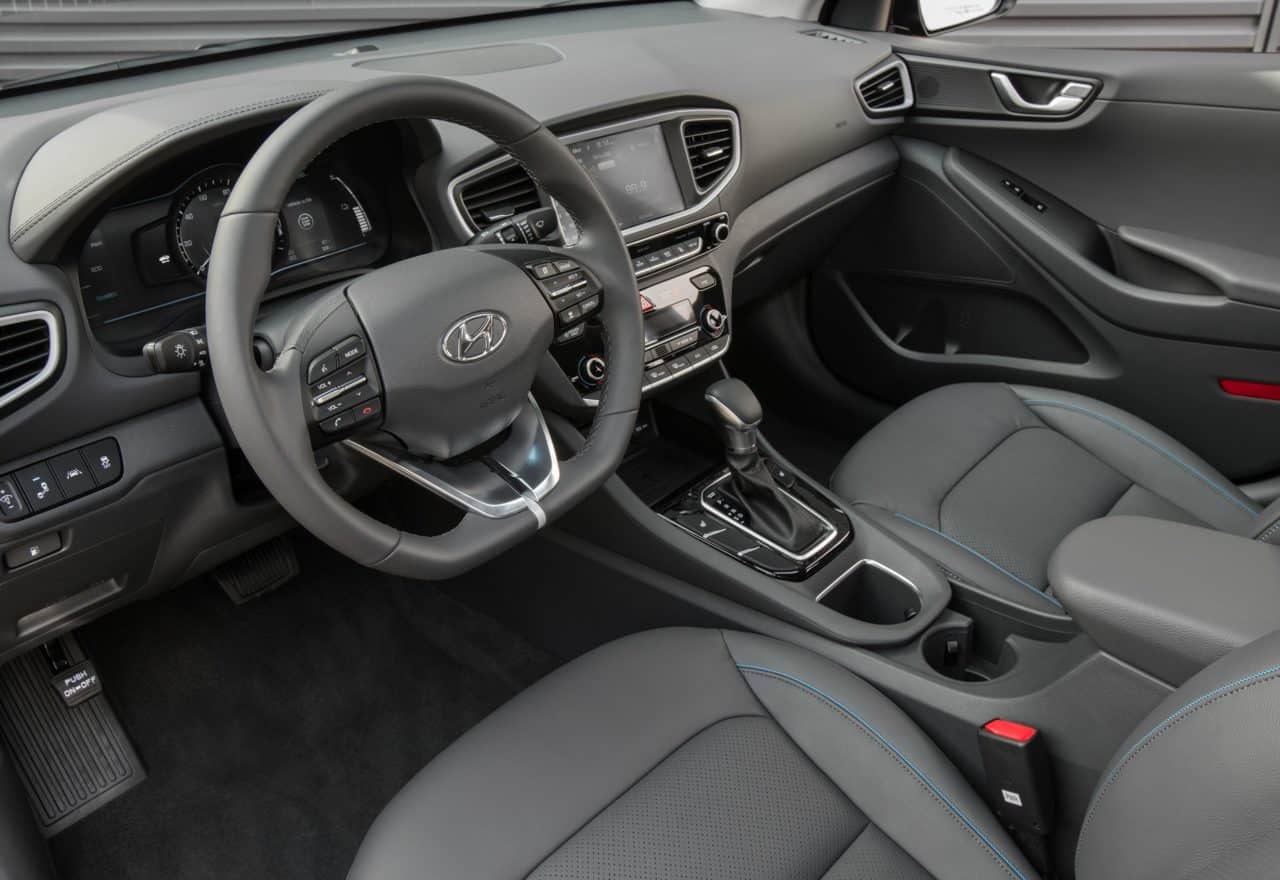 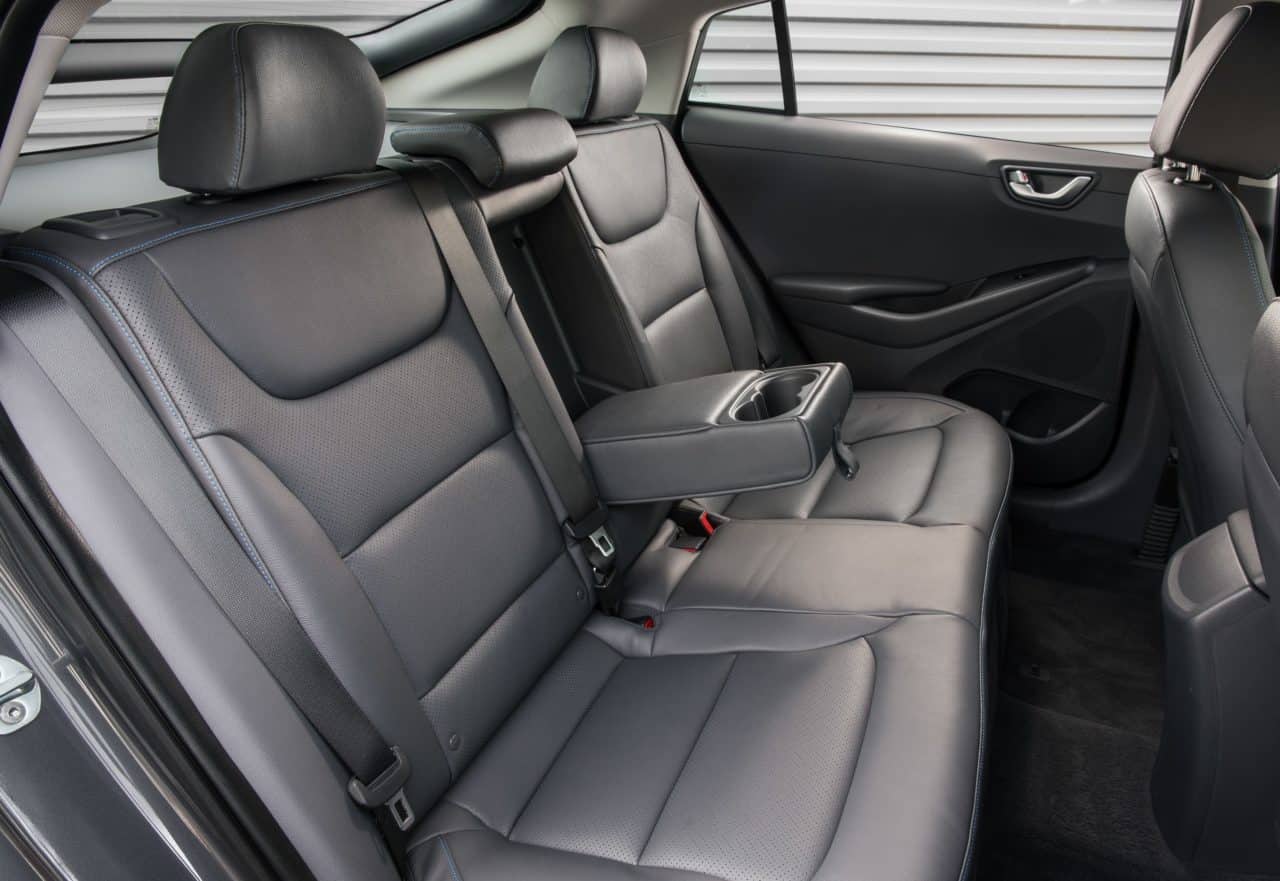 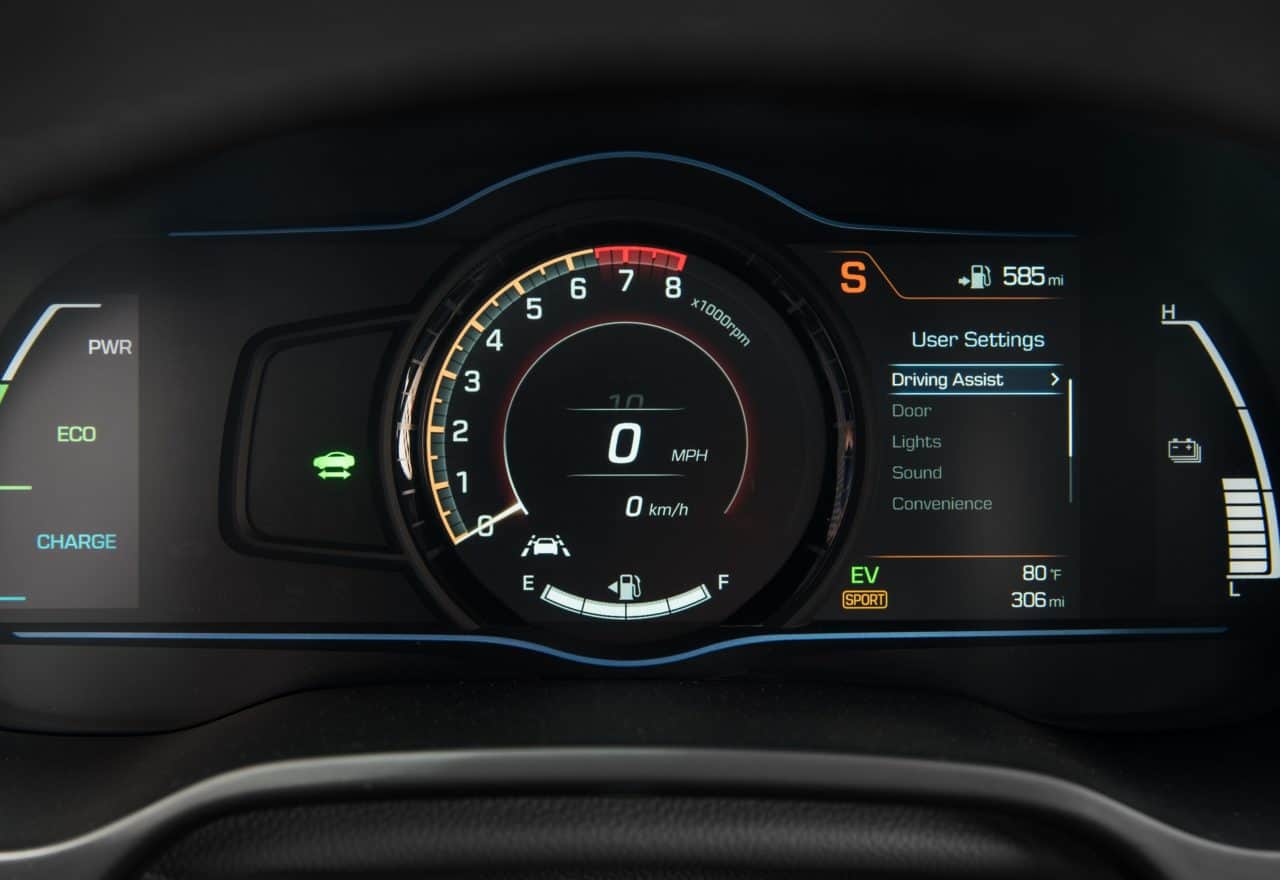 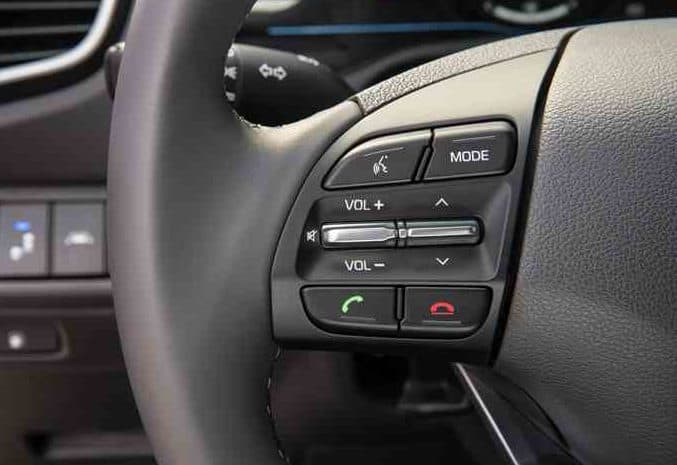 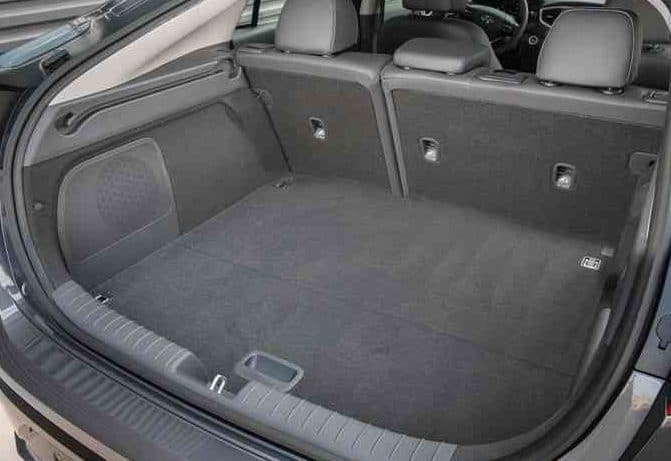