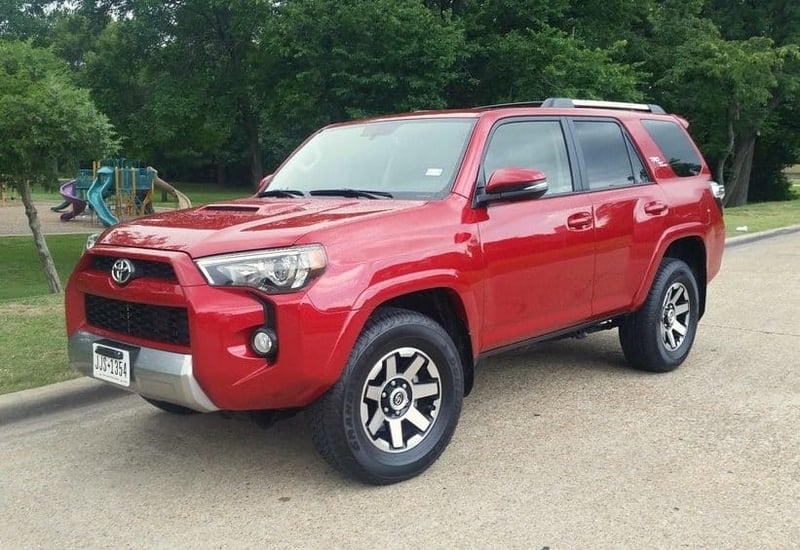 Most Toyotas fade quietly into their leafy suburbs, gliding down well-ordered streets with a whisper, not a shout.

Oh sure, their gaping, hideously exaggerated grilles scare birds out of the trees and rattle some of us semi-senior citizens down to our soft soles.

Once you get past those misshapen maws, Toyotas tend to be as anonymous as a fleet vehicle – as are lots of Hondas and Nissans, as well.

Apparently, though, the designers of the 4Runner mid-size SUV failed to read Toyota’s e-mail on corporate styling.

In fact, they probably deleted it.

As one of the last true, truck-based mid-size SUVs, the 4Runner trundles down streets and dirt paths cloaked in square, old school lines.

I came to view the red 2017 TRD Off-Road model I had recently as proudly, distinctively ugly – and I kind of liked it.

Just for the record, kids: Toyota has barely touched the 4Runner’s styling in years and let’s not remind them of that.

As a result, my high-riding, all-wheel-drive off-roader lacked any of the spindle-grille excesses that afflict so many “modern” Toyotas.

Instead, a simple blacked-out grille just looked purposeful, flanked by large, bulbous headlamps that sort of hung off the truck’s front.

Of course, the front end stuck out too far over the wheels and flowed pretty roughly into a flat hood with a fake ‘90s scoop, but hey, it bristled with personality.

I came to view the red 2017 TRD Off-Road model I had recently as proudly, distinctively ugly – and I kind of liked it.

Although the 4Runner’s long, boxy roof could have been lifted from an older Land Rover, the designers couldn’t quite hold the groove as they moved down the lift-gate.

Clumsy taillamps clung to the rear fenders like flashlights, but at least they kind of matched the headlamps.

Moreover, the 4Runner looked like some jut-jawed veteran of the dirt that could be rolled onto its side and pop up none the worse for wear.

The truck’s 270-horsepower 4-liter V-6 and five-speed automatic also felt like survivors – and are, from 2009.

Step hard on the accelerator and the engine would sort of bray coarsely, reaching deeply to push the 4,800-pound 4Runner to 60 mph in an acceptable 7.6 seconds, according to Car and Driver.

Although neither the engine nor the transmission made beautiful music, they got the job done and seemed pretty durable.

Built on a platform from the Tacoma pickup and late FJ Cruiser, the 4Runner moved like a four-wheel-drive truck, stepping stiffly over every dip and bump, but not with the jarring harshness of a Jeep Wrangler.

However, like the Wrangler, the 4Runner provides some payback for its bad road manners with some highly competent off-road capabilities and even includes a locking differential in the TRD model.

In addition, it is one of the few mid-sized SUVs – most of which are now car-based crossovers – that can tow 5,000 pounds.

Actually, the 4Runner cruises kind of smoothly on interstate surfaces, though its range is somewhat limited. In town, it can scratch out a modest 17 miles per gallon and grab 20 on the highway.

It is one of the few mid-sized SUVs – most of which are now car-based crossovers – that can tow 5,000 pounds.

Though the steering felt thick and heavy, it fit the 4Runner’s truck-ish personality.

As you might expect from a truck, it leaned some and felt vaguely unsettled in moderate-speed corners, but, then, its strength is off-road ground clearance not cutting cones at a gymkhana.

Despite a $44,000 window-sticker, my 4Runner didn’t offer much luxury in its black interior – and I was fine with that. It seemed to suit the truck.

A flat-topped dashboard in textured material, for example, rolled down to a somewhat dated center-stack with a 6.1-inch display screen and big masculine knobs for the stereo and climate-control systems.

Even more old school, a separate lever to the left of the shifter protruded through the broad console for engaging four-wheel-drive – just like you would find in a ‘70s pickup.

Maybe to compensate for that, my 4Runner featured elegantly simple black seats with red stitching on their bolsters and good leg- and headroom in back.

In all honesty, I didn’t care much for it the first time I drove it, finding it as flinty and rough as my ex-wife in one of her dark moods.

As I continued to drive the 4Runner, I realized it could do things that no sissy car-based crossover can – like crawl over rocks with five people aboard or tow a fishing boat to the lake.

At one time, that’s what real SUVs were supposed to do. 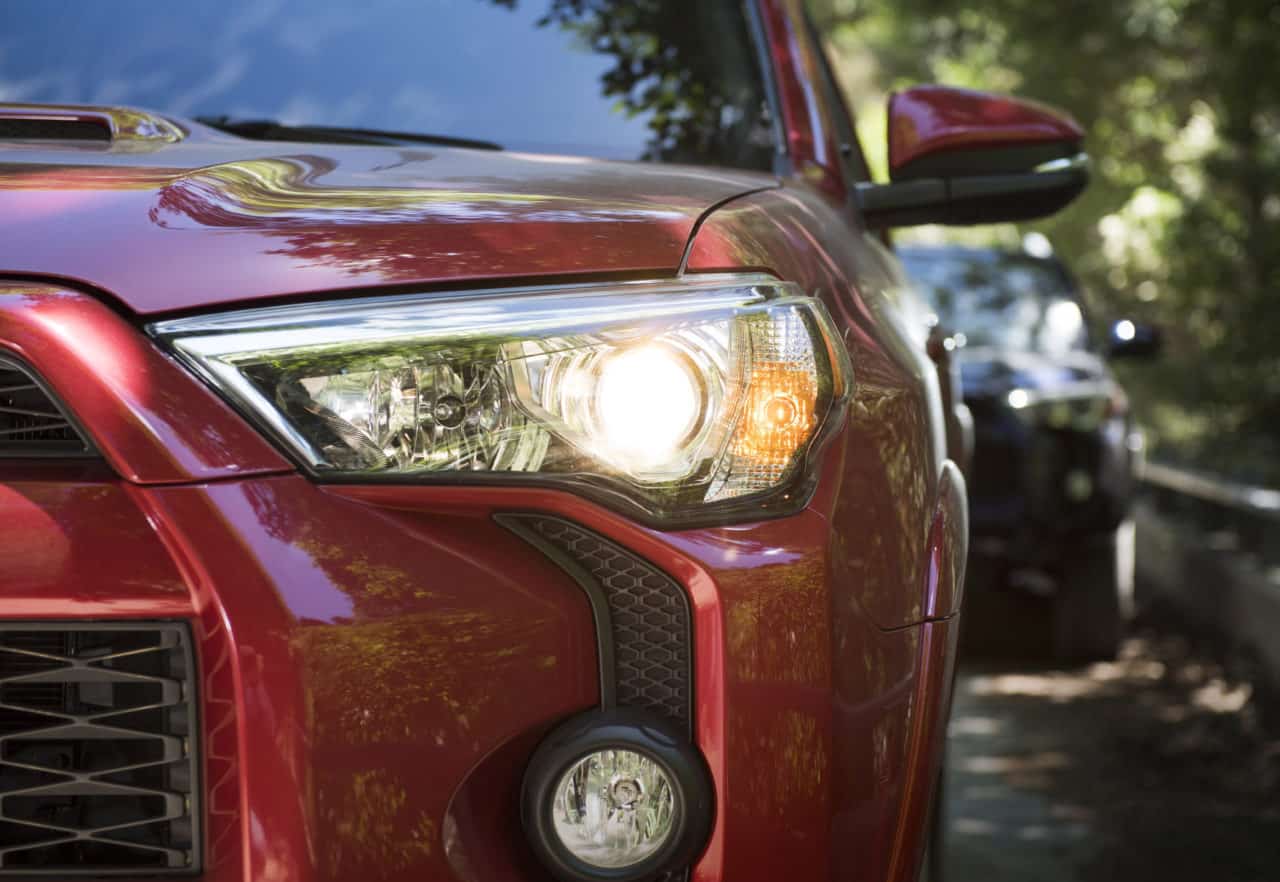 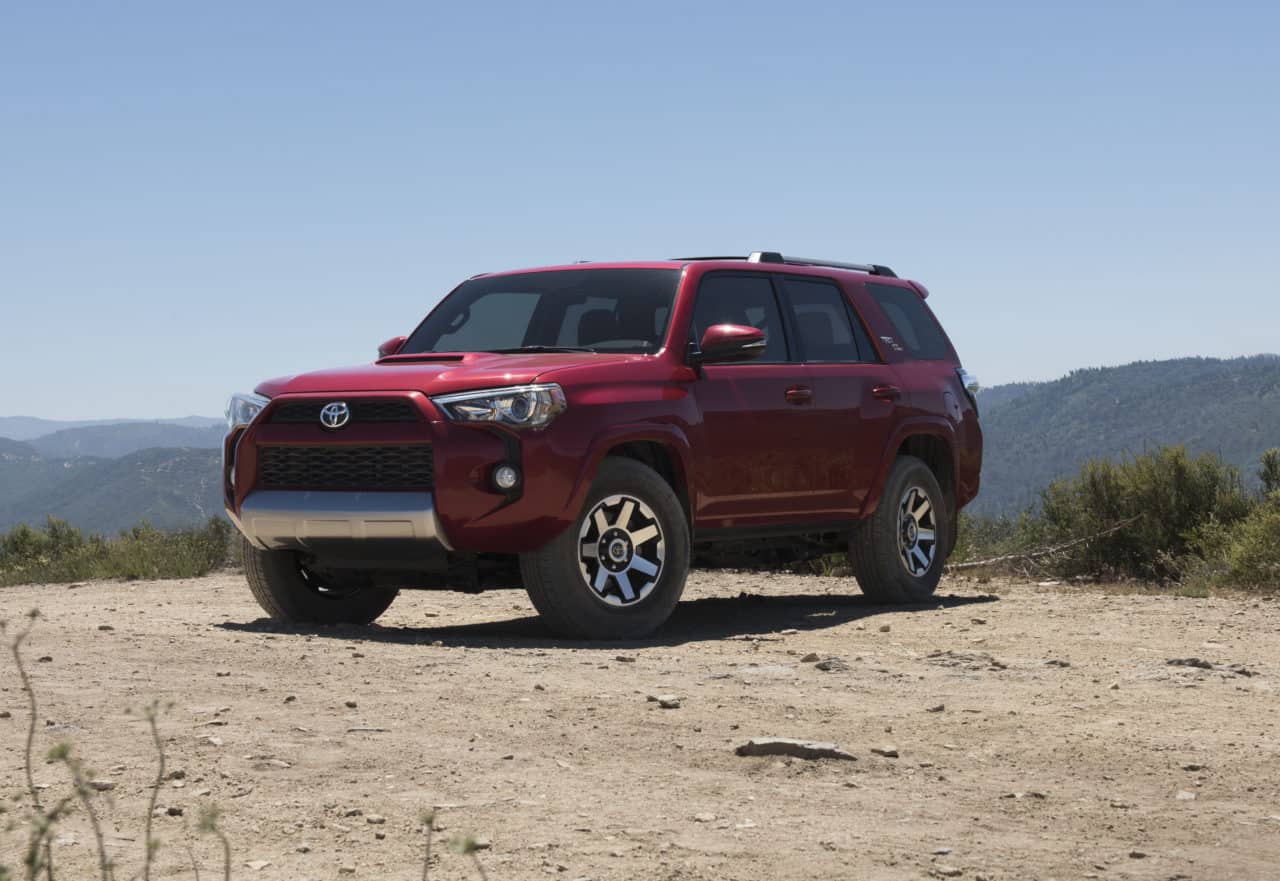 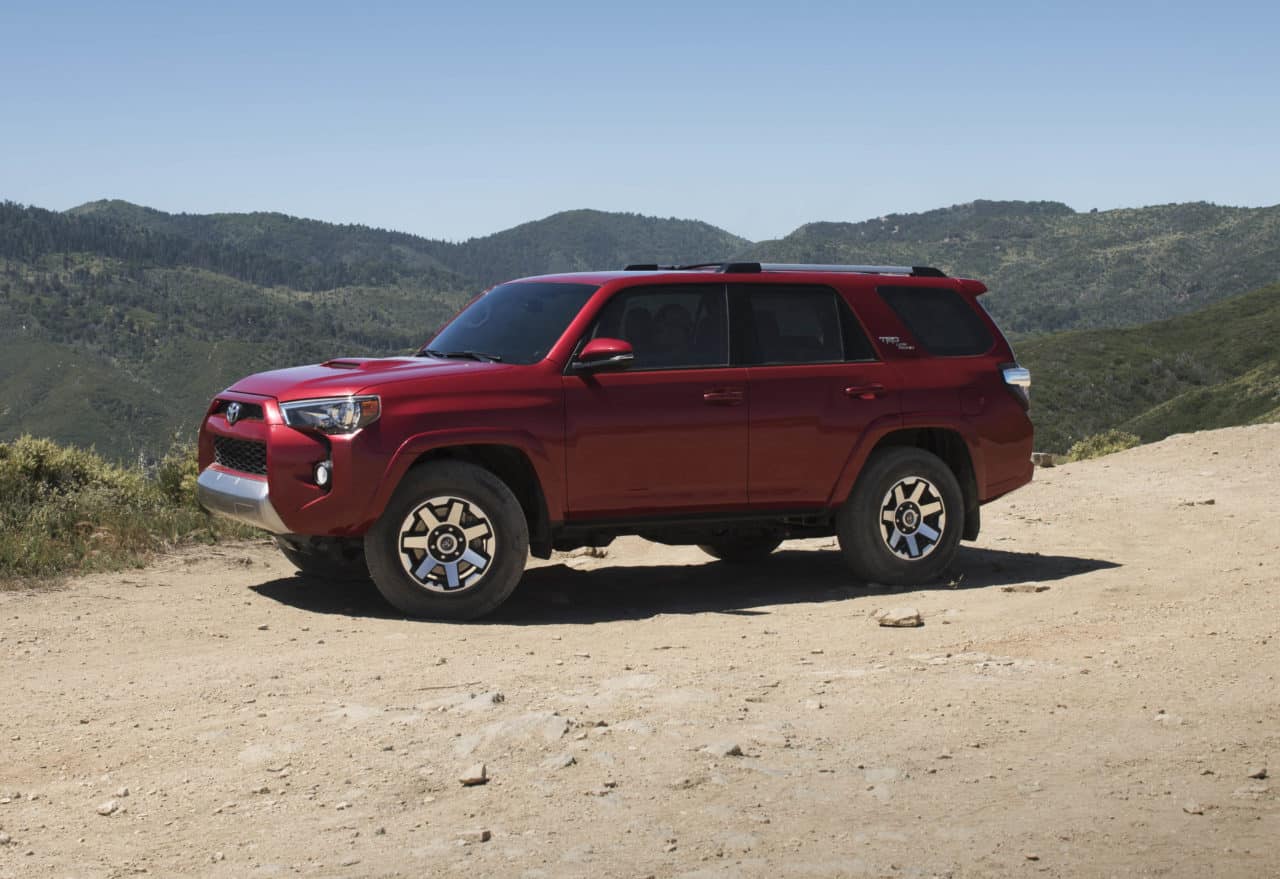 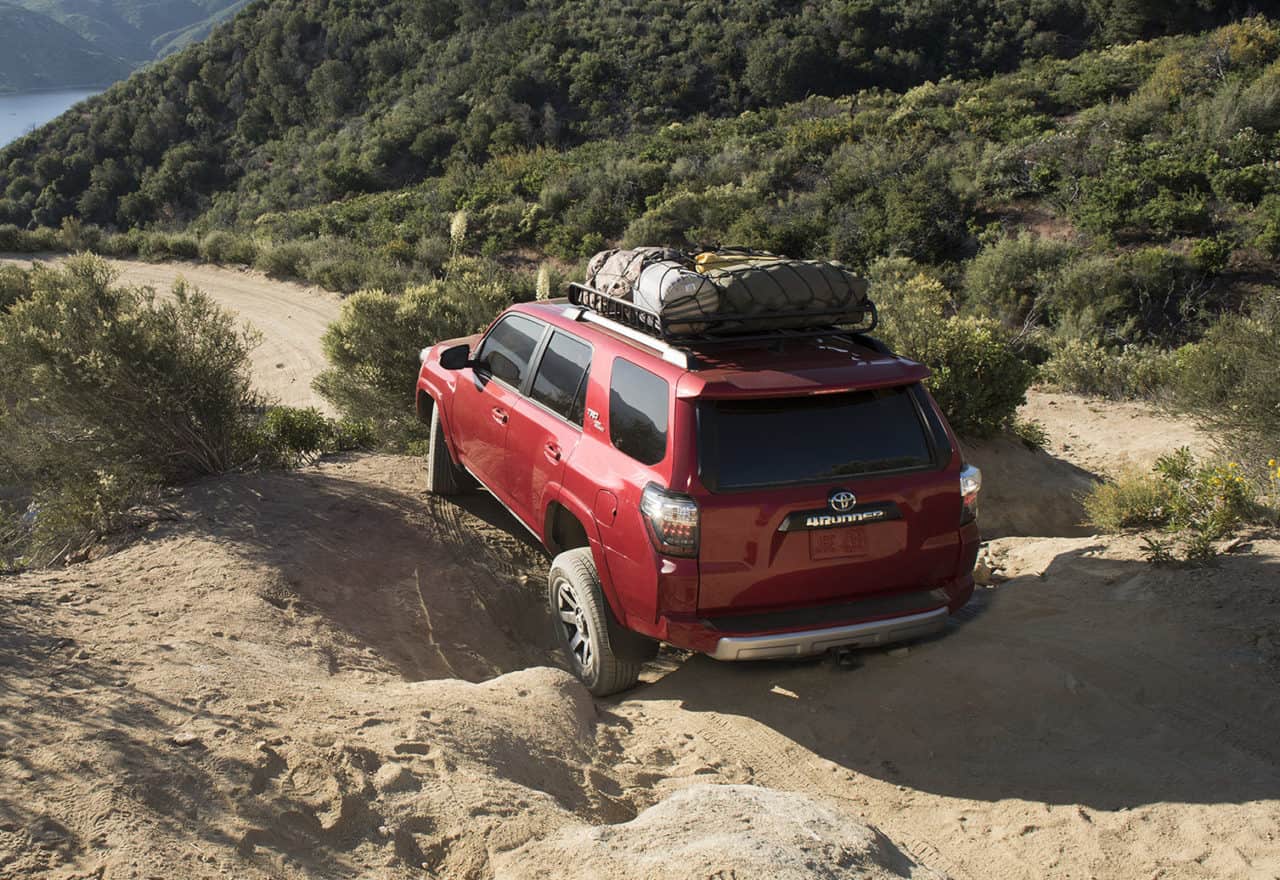