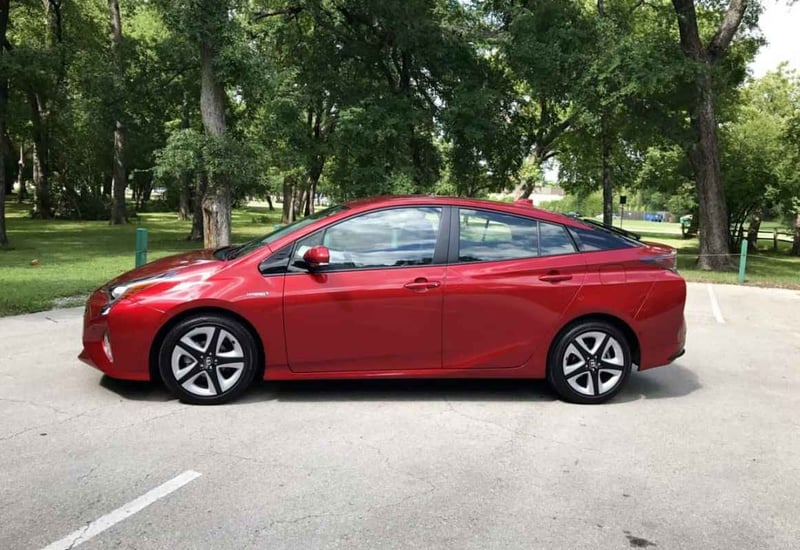 Ok, I'll admit it, fun to drive is not the first thing that comes to mind when I think of the Toyota Prius. After all, I did live in California when the second-generation Prius came into its own here in the states back in 2004. So imagine my surprise to find out the 2017 Prius Four Touring was actually bordering on the fun to drive factor promised by Toyota. I found it to be a roomy and efficient hatchback with a surprisingly good ride. But while there are some things to love, there are a few things that could stand to be tweaked.

Red Is the New Green

Toyota overhauled the Prius in 2016 to try to make it sportier and more mainstream in an attempt to shed its tree-hugger image. But you still won't miss it for a Prius, especially coming from the back. Its hatchback trunk, with a unique rear bumper, definitely makes a statement. In the front, its nose is sharp with creases. Without a doubt, I loved the gorgeous special order color Hypersonic Red, a $395 add-on. It really turns the Touring into a striking car that will get you noticed for the right reasons. All Prius’ come with bi-LED headlights and LED daytime running lights and taillights.  The Touring trim adds fog lights, nice-looking 17-inch 10-spoke Alloy wheels, heated outside mirrors and rain-sensing variable intermittent windshield wipers.

My interior is a high-contrast Cool Gray and Black.  The Touring's 8-way power-adjustable driver’s seat with lumbar support is a treat I didn't expect. The heated front seats are covered with SoftTex, Toyota's synthetic version of leather, with Touring-exclusive contrasting blue stitching. The material feels comfy but doesn't breathe exceptionally well especially in hot weather. Other cabin highlights include the Touring's leather-wrapped steering wheel with easy to use controls to access the audio system smartphone, and available safety features like Lane Change Assist and Intelligent Clearance Sonar, a collision avoidance system if you're going less than 9 miles an hour. The start button is easy to reach just to the side of the steering wheel, but don't expect to hear an engine start. It's eerily quiet thanks to the hybrid engine. What you will hear though is an almost ear piercing warning sound anytime the backup camera is engaged. I much preferred the great sound coming from my tester's 10-speaker JBL audio system. The large, glossy, 7-inch dual-display infotainment touch screen is responsive and easy to navigate. But don't leave home without taking a cloth with you, because it gets dusty fast. My Touring model was equipped with Toyota's Entune app suite. It also offered Qi-compatible wireless smartphone charging (sorry, no iPhones.) One thing I'm not sure I ever got used to is the placement of the digital tachometer. It’s not in the driver’s line of sight but rather in the middle of the car above the center console, so you have to glance to the right to see it.  It's where you find info on everything from your fuel gauge and mileage to different drive modes, energy usage, and engaged safety features. The 5-seater is roomy both in the front and back. Standard Prius features inside include Toyota's Smart-Flow Climate System, but shockingly I'm not seeing any back seat air vents. But the rear does get one of the car's two 12-volt outlets. Cargo space is a roomy 34.3 cubic feet with the 60/40 split seats up. Fold them down for up to 65.5 cu. feet. My Touring also had an add-on Cargo net and carpet floor mats. One issue I did have was visibility out the back. The dual pane glass rearview mirror on the hatchback threw me off a bit and I found the center divider impeded my view. A couple of other things to note about the interior. Ergonomically speaking, the center console, which opens to the side, was too high to moonlight as my armrest. Also, there is a ton of glass real estate on this car. The problem is the front visors only reach about halfway across the windows so they don't completely block the sun. I'd also point out the cool gray interior proved somewhat problematic on the dash. It's bright and distracting in the sun. There isn't a moonroof on my tester, but one is available in an Advanced Technology Package for the Prius Three and Four that also gives you a color heads-up display. (It is not available on the Touring trim.)

I was surprised at how well the Prius Four Touring handled. Toyota did a great job with the drive, which has everything to do with the fact Toyota started building it on its new global platform in 2016. It rides closer to the ground, and the lower center of gravity improves handling. The Prius is powered by Toyota's 1.8L 4-Cylinder Engine with Hybrid Synergy Drive system and an electronically controlled Continuously Variable Transmission. Together the engine and hybrid battery pack deliver 121-horses. The double-wishbone rear suspension system took on potholes well. All in all, a smooth ride. There are four driving modes:  Normal is what you get when you power up. The gas and engine motor swap off when needed to save gas and cut emissions. Power mode ups the throttle for more pickup and go. Eco mode is more fuel efficient but you lose some A/C performance. EV mode switches to battery-only. But it will only take you a short one-half mile under certain conditions.

I don't have to tell you this, but the Prius Four comes with some mighty fine fuel economy. An EPA-estimated 54 city/50 highway miles. For 2017, the Toyota Prius' formerly optional Safety Sense package is now standard on all Prius trims. It includes a Pre-Collision System with Pedestrian Detection, Lane Departure Alert with Steering Assist, Auto High Beams and Full-Speed Dynamic Radar Cruise Control. You have to upgrade to the Prius Four/Four Touring for the Blind Spot Monitor with Rear Cross-Traffic Alert system. My tester's $1,705 Premium Convenience Package added on the Intelligent Clearance Sonar and Parking Assist. It also came with the JBL audio upgrade, advanced voice recognition, and integrated backup camera display. 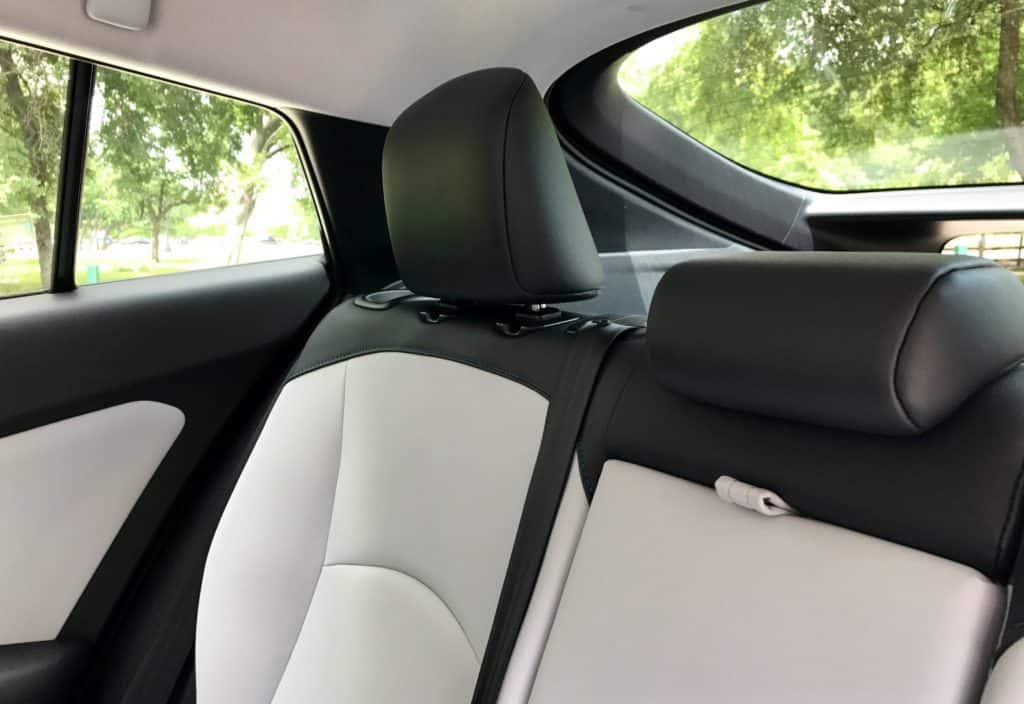 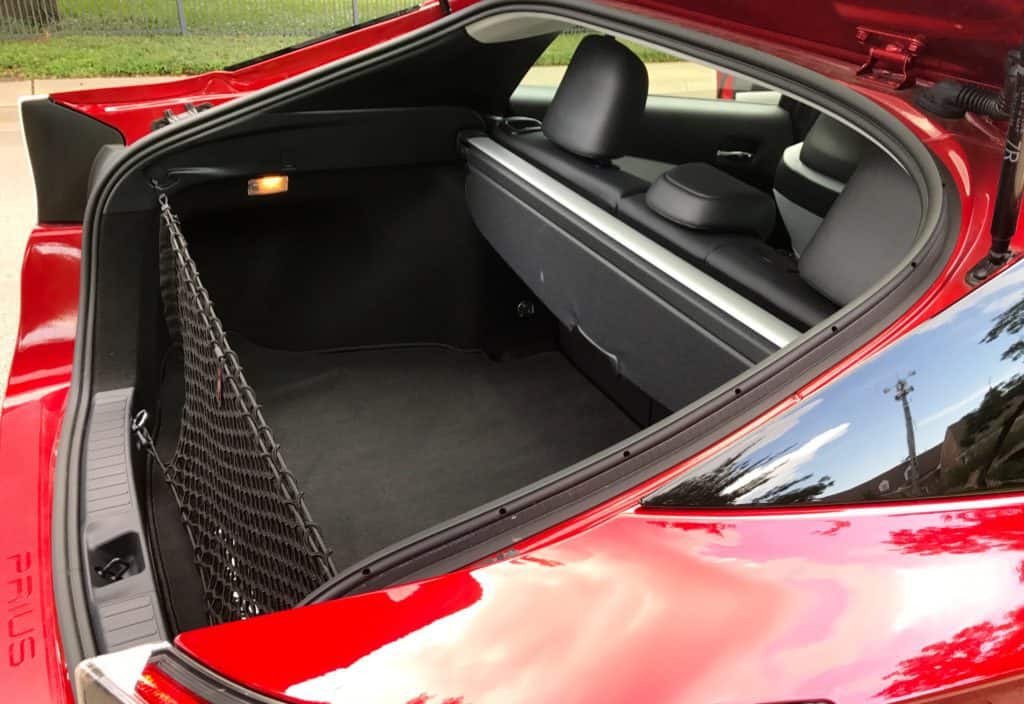 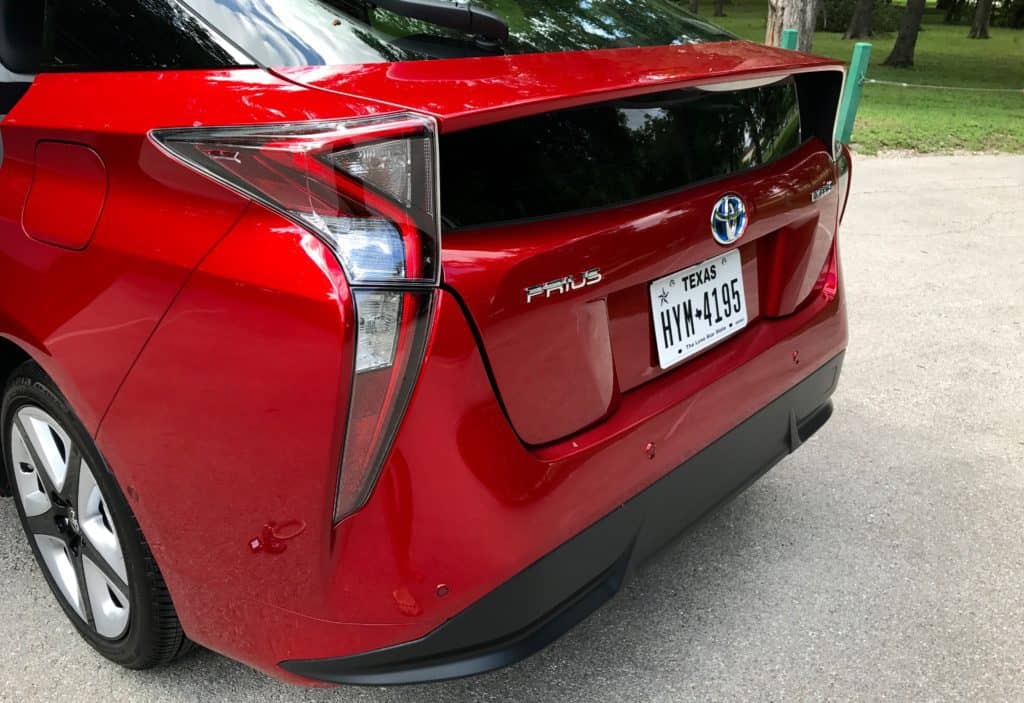 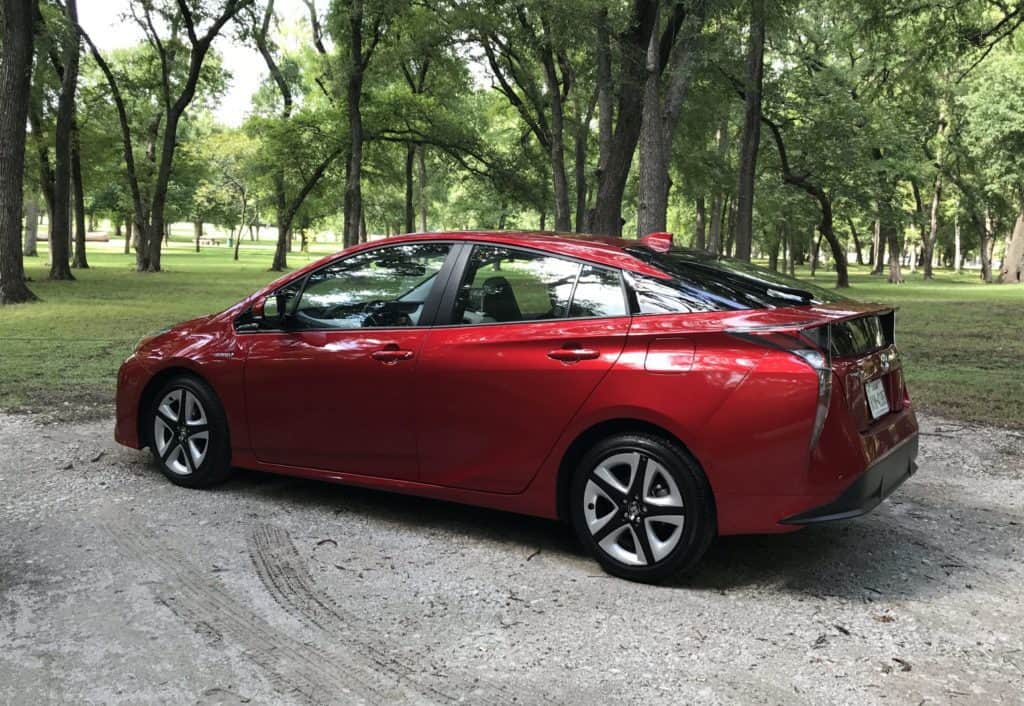 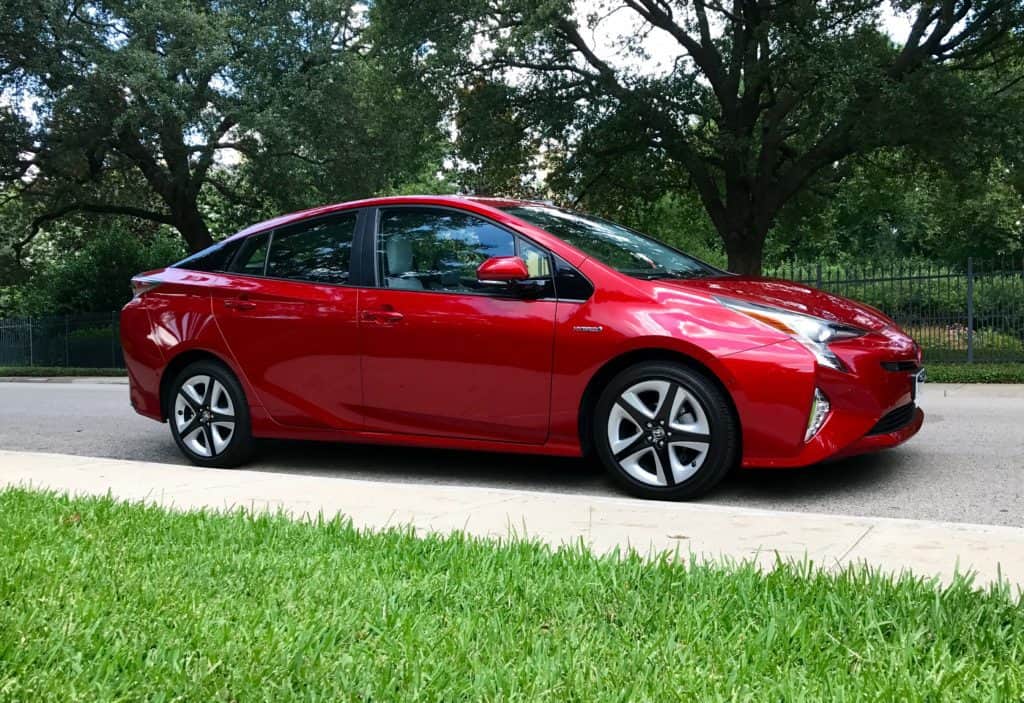 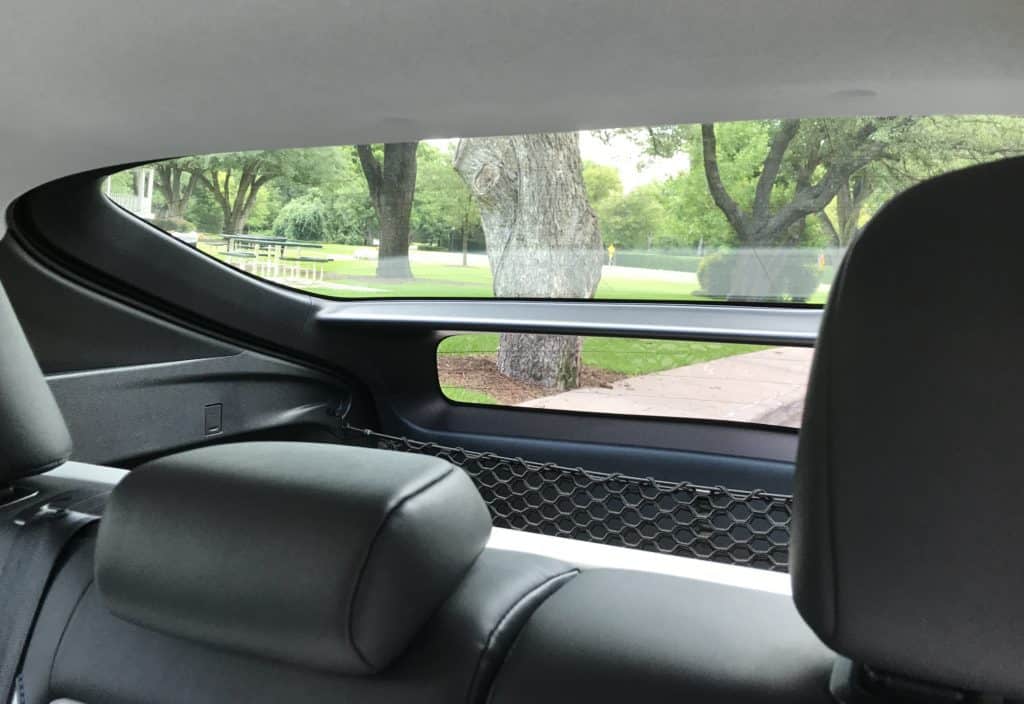 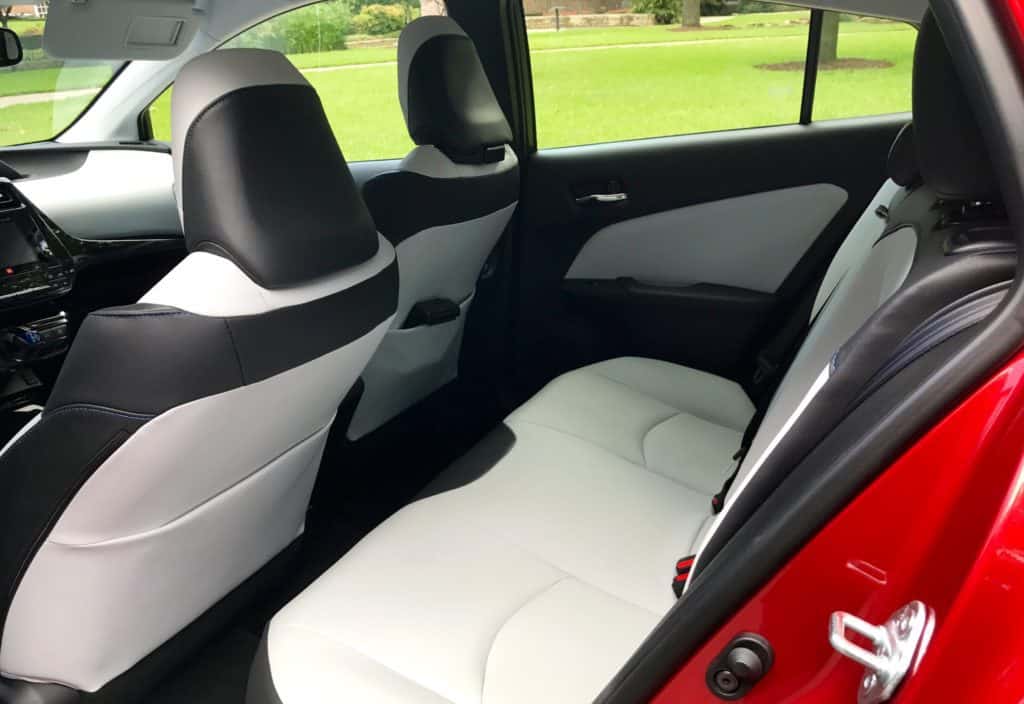 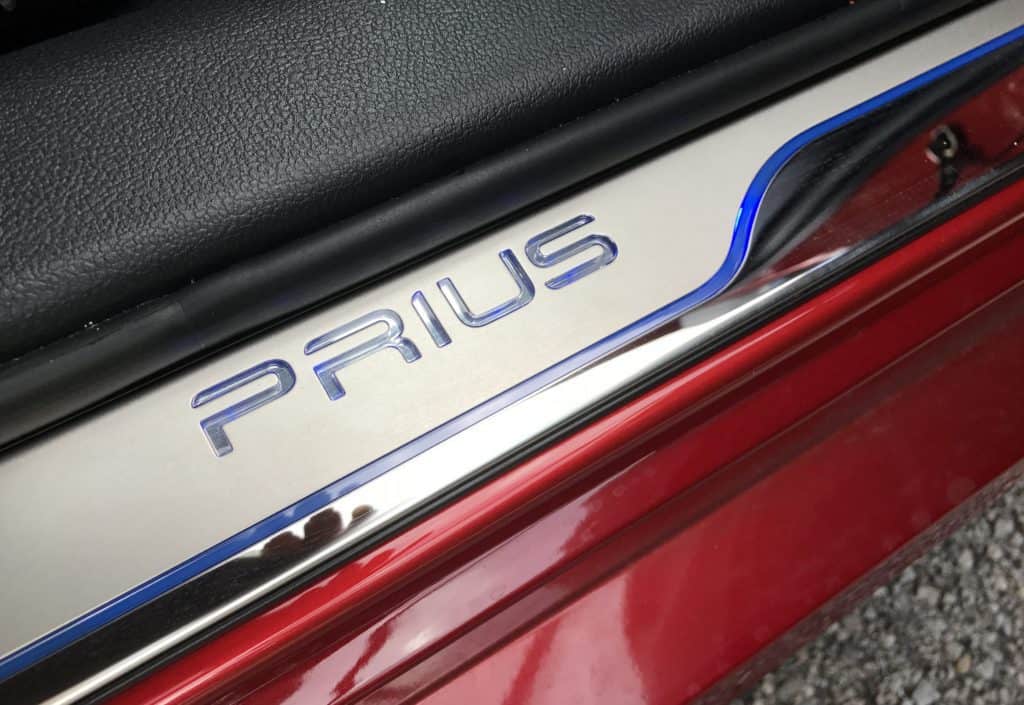 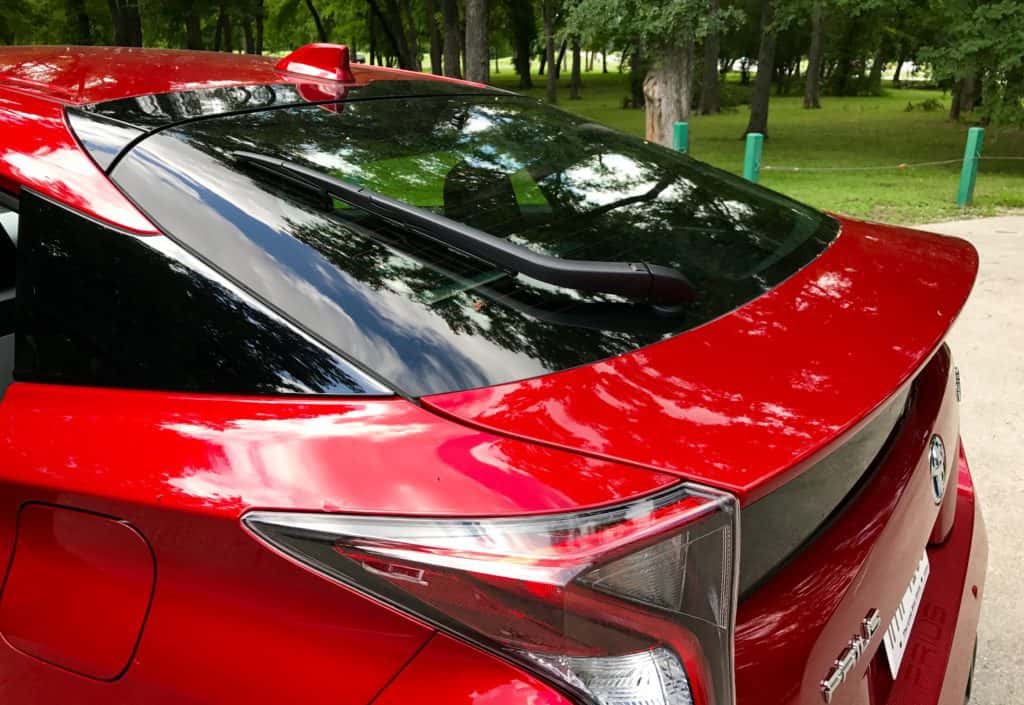 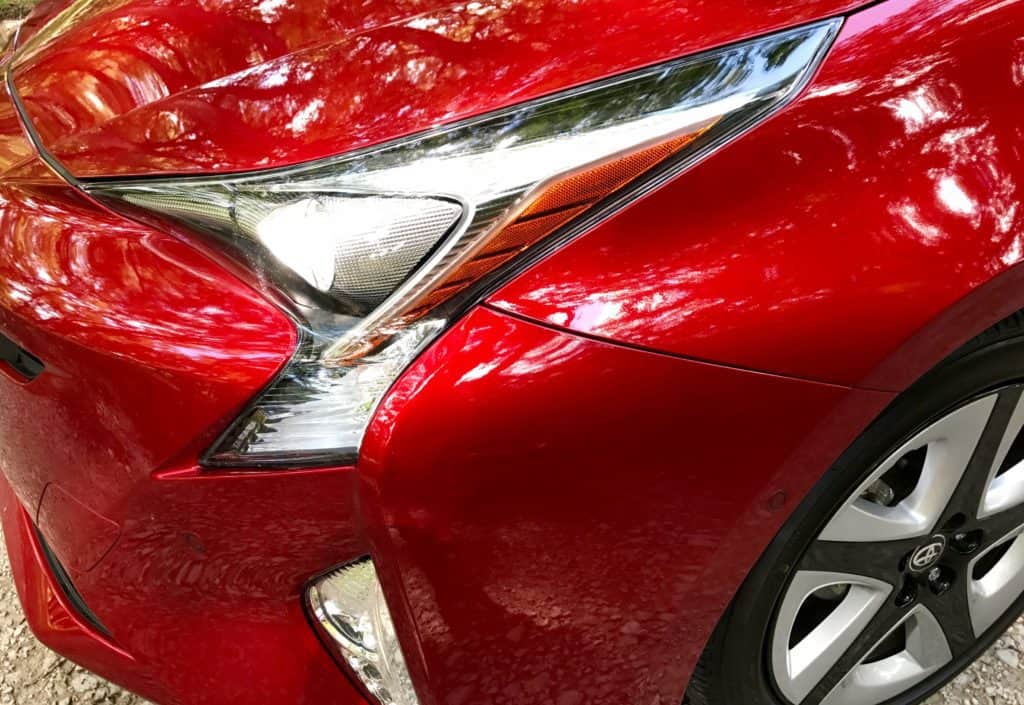 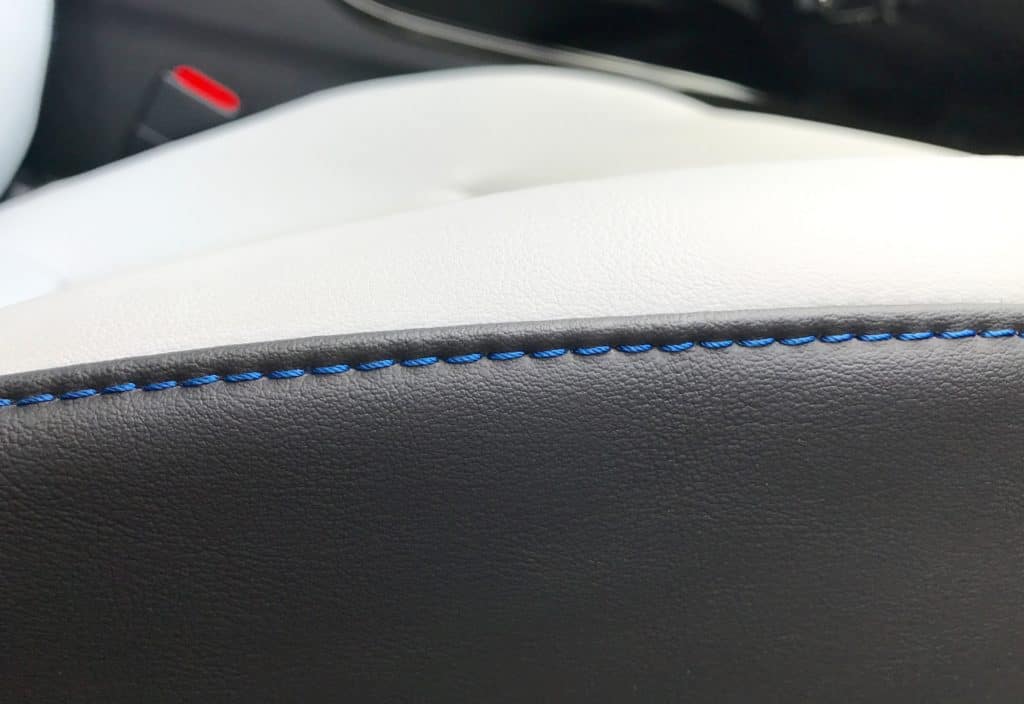 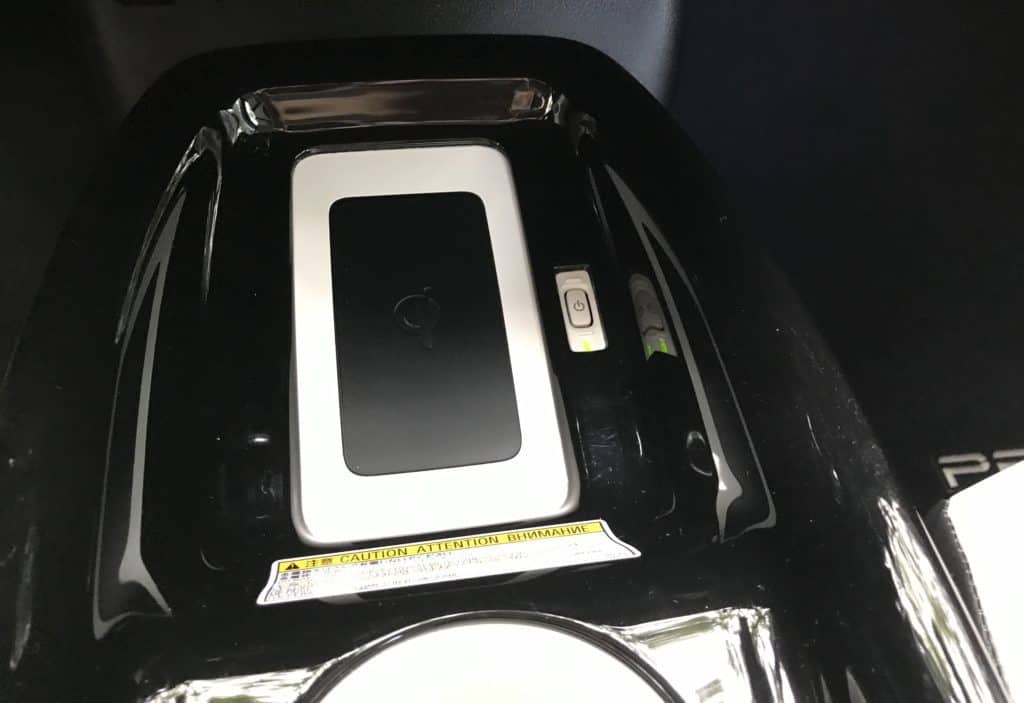 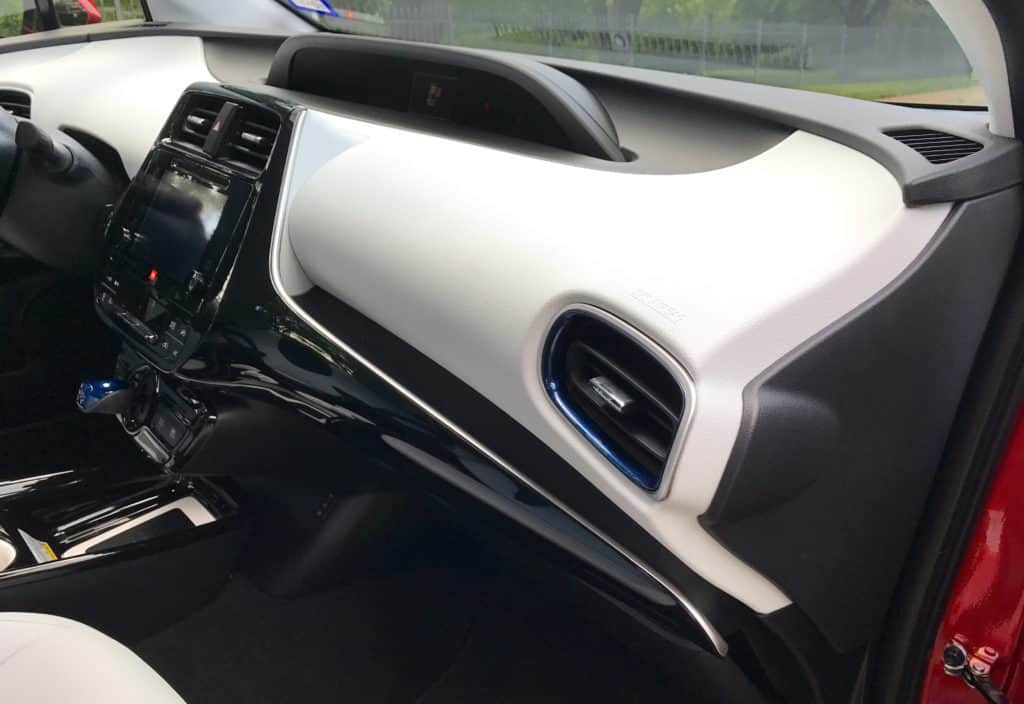 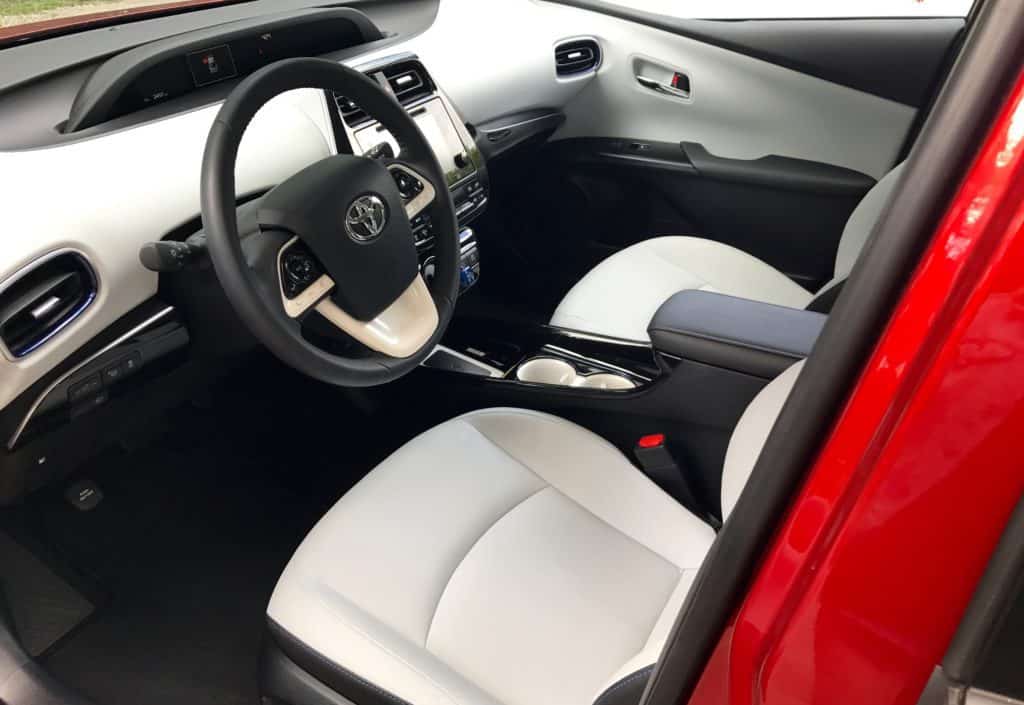 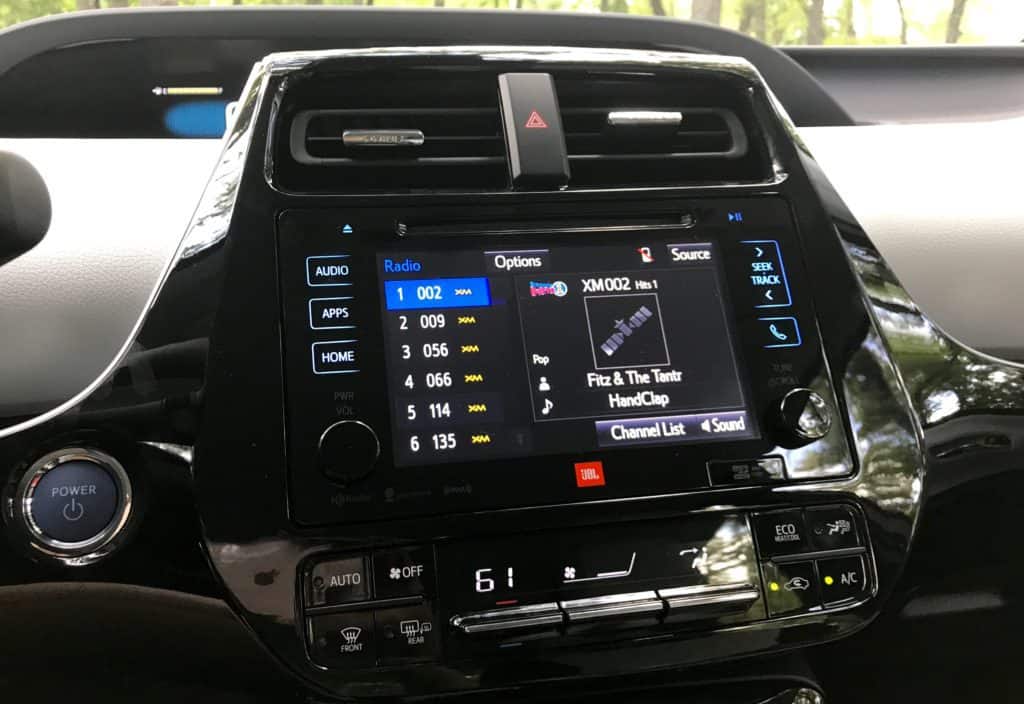 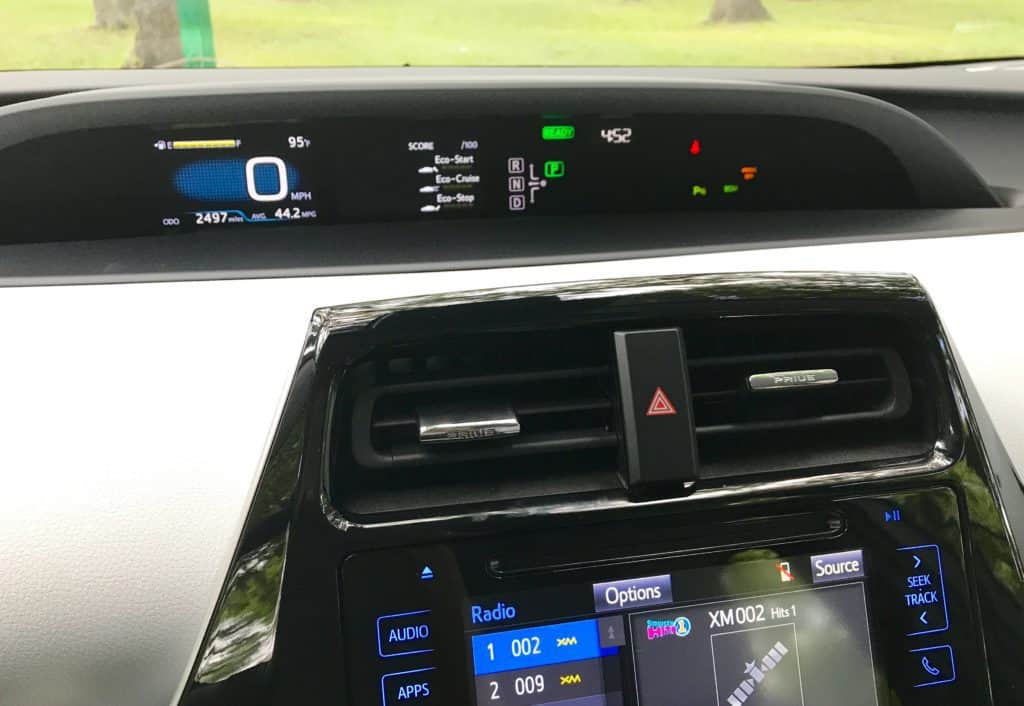