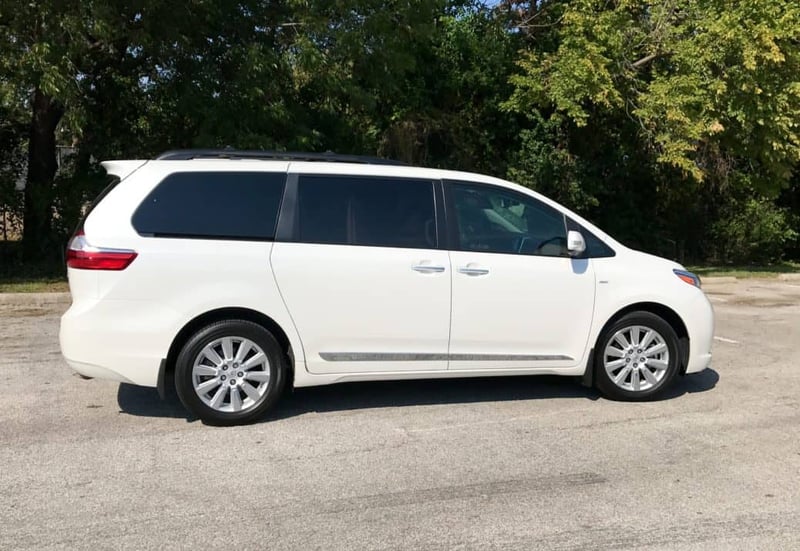 First, let me preface this by saying I'm not exactly the demo for a minivan. It's designed for families with kids and I'm a single gal with only one mouth to feed, my Maltese Sophie.  That said, I recently took the 2017 Toyota Sienna Limited Premium AWD out and about around town for a week, just for grins.

The Sienna quickly proved itself to be a solid minivan choice that, while not terribly exciting, is everything you look for in a classic Toyota family hauler if that's your end game.

The third-generation 2017 Toyota Sienna is due for a full redesign to keep up with the fresher and more modern looks of its competitors like the Chrysler Pacifica and Honda Odyssey.  For now, on the outside, the Sienna is nothing less than what it pretends to be and that's a traditional minivan. (It does get a little facelift in front for 2018, but a full overhaul is still to come.) My top-of-the-line Limited has 18-inch alloy wheels, but other models offer 17- or 19-inch wheels.

The big news with the 2017 Sienna is a new, improved powertrain thanks to a 3.5-liter V-6 engine. It's the same one you'll find in the Highlander. The result is more horsepower and torque over the 2016 model. Whereas the old V-6 produced 266 horses, the new engine churns out impressive 296 ponies.  The engine is mated to an eight-speed automatic.  It all adds up to a zero to sixty time of 8 seconds.

The Sienna Limited cabin is every inch a higher-end Toyota. My tester features a warm and inviting interior with rich brown premium leather-trimmed seating. The driver's seat is 8-way power adjustable, while the passenger side is 4-way.  It's plenty roomy inside with a ton of cubby hole and cargo space.  The 7-passenger family hauler has removable 2nd-row captains chairs and a one-motion stow 3rd-row seat.

My tester comes with pushbutton start, three-zone AC, rain-sensing wipers and a dual moonroof. The Limited model also comes with a backup camera with a 180-degree wide-angle camera view. In terms of keeping kiddos happy, it features a dual-view Blu-Ray rear seat entertainment system, (wireless headphones are a $100 add-on.)

A 10-speaker JBL sound system with a subwoofer belts out music accessed from Toyota's Entune infotainment system. Entune also gives drivers access to Bluetooth, Navigation and a host of other apps. It's all displayed on a 7-inch high-resolution infotainment touchscreen that, to me, presents somewhat of a sunlight glare issue due to its angle. Like the Prius, the whole infotainment console area is so glossy that it's just too reflective for my liking.

Family-friendly features include a nifty pull-down conversation mirror to see what's going on in the back without turning around. A Driver Easy Speak system allows the driver to talk to back seat passengers using a built-in microphone. There is also the aforementioned Blu-Ray entertainment system.

The Sienna, however, hasn't caught on to the in-car vacuum trend like the Honda Odyssey or Pacifica. Also while heated front seats are available, cooled ones are not. You also can't get heated 2nd-row seating or open the side doors or liftgate with a foot gesture.

The Sienna is still currently the only minivan in its segment to offer all-wheel drive (this holds true for the 2018 model as well.) For someone not used to the ride and drive of a minivan, I found the Sienna to be easy to drive and maneuver on city streets thanks to its firm suspension and responsive steering.

You can check out the 2017 Sienna's IIHS crash test results here and its NHTSA safety report here.

Fuel economy for the Sienna is fair. The FWD model comes with 19 city/27 highway/22 combined. You lose some as expected with the AWD model, 18 city/24 highway/20 combined.

The 2018 Toyota Sienna is already on the road.  Here are its new offerings to keep in mind if you are deciding between model years: 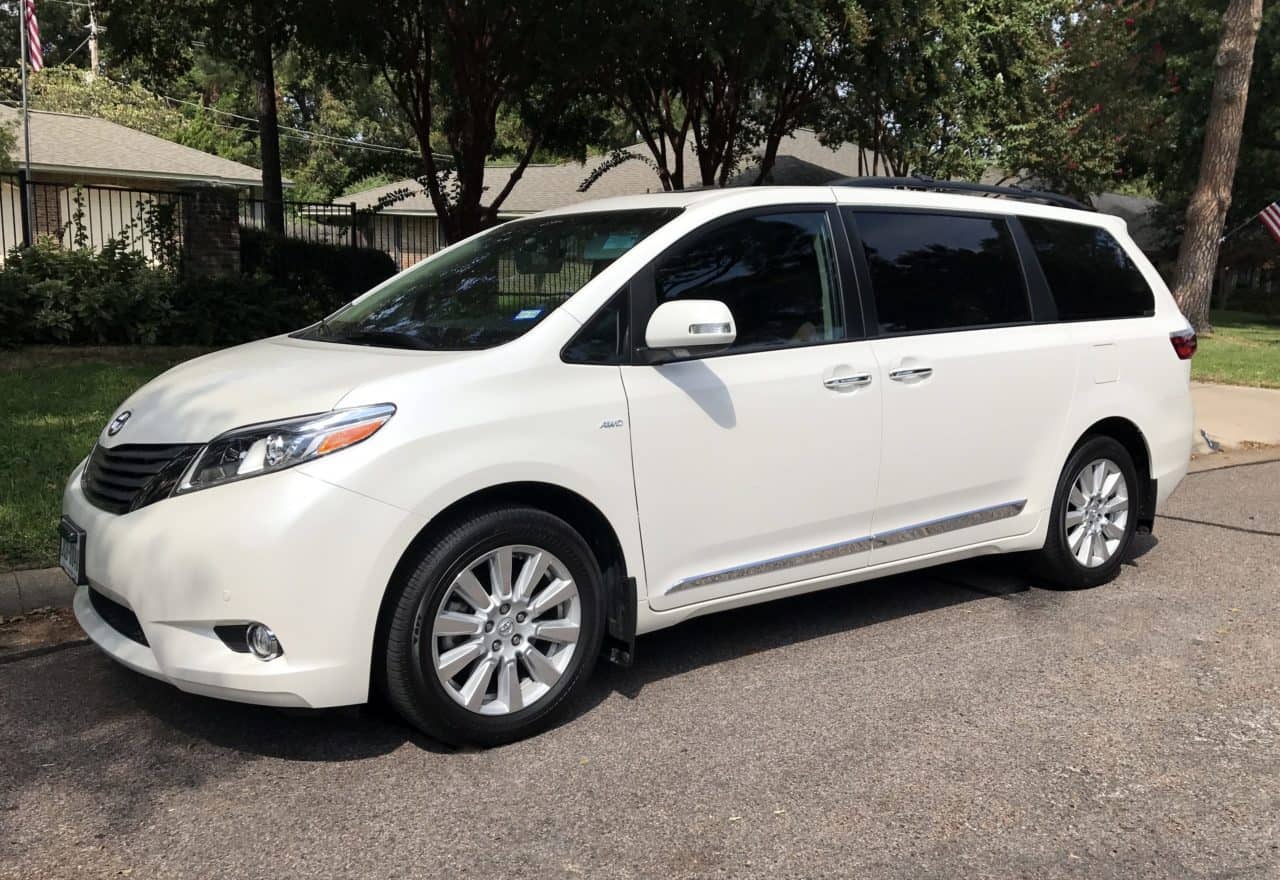 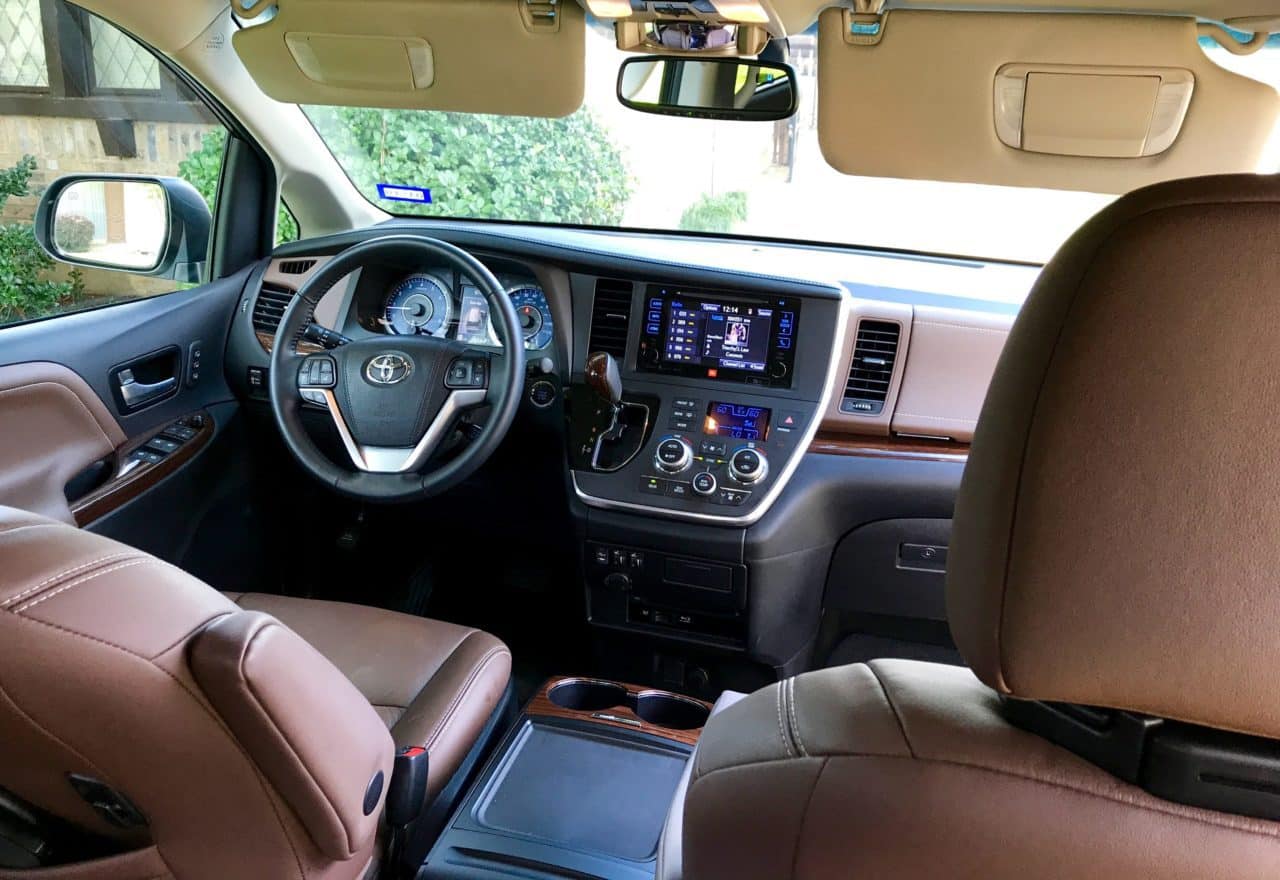 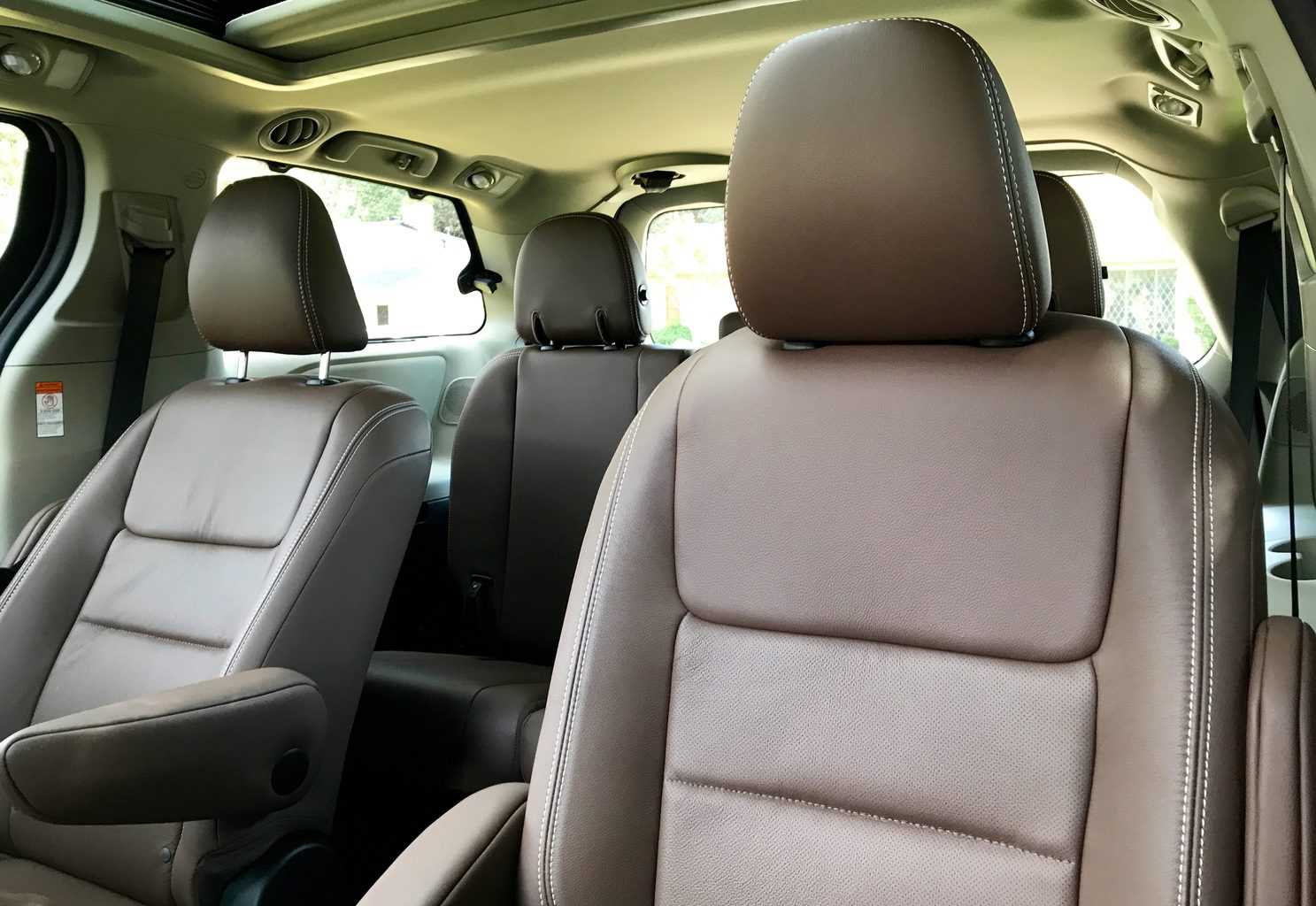 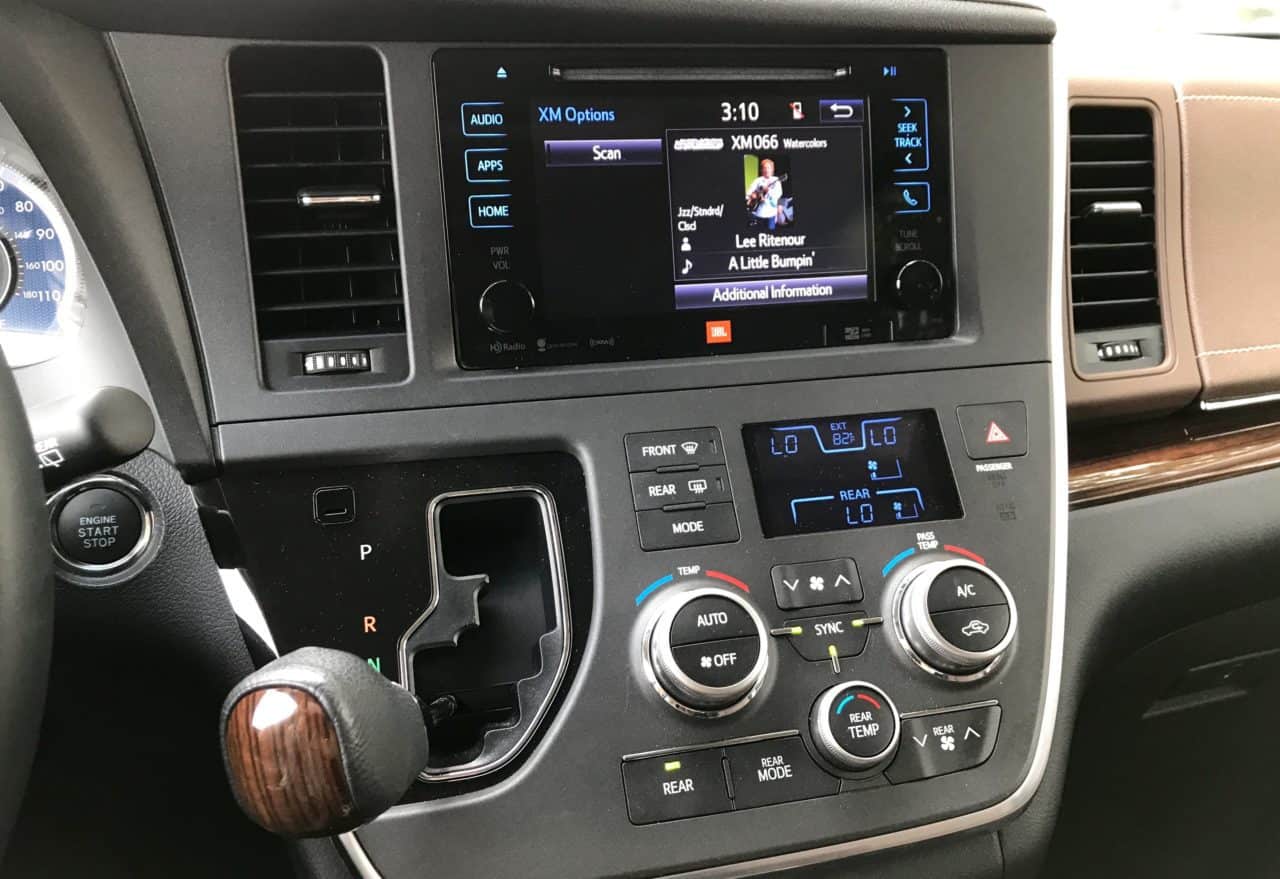 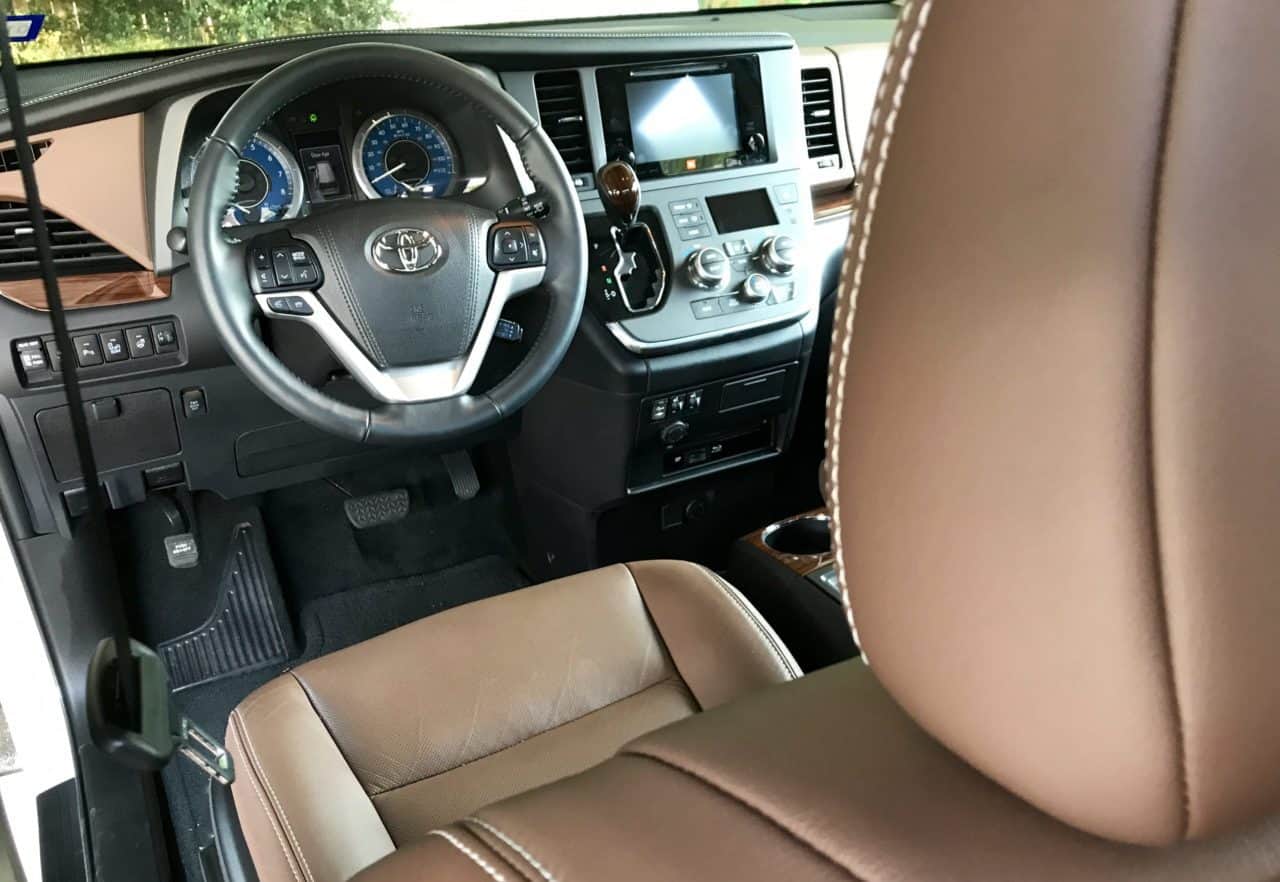 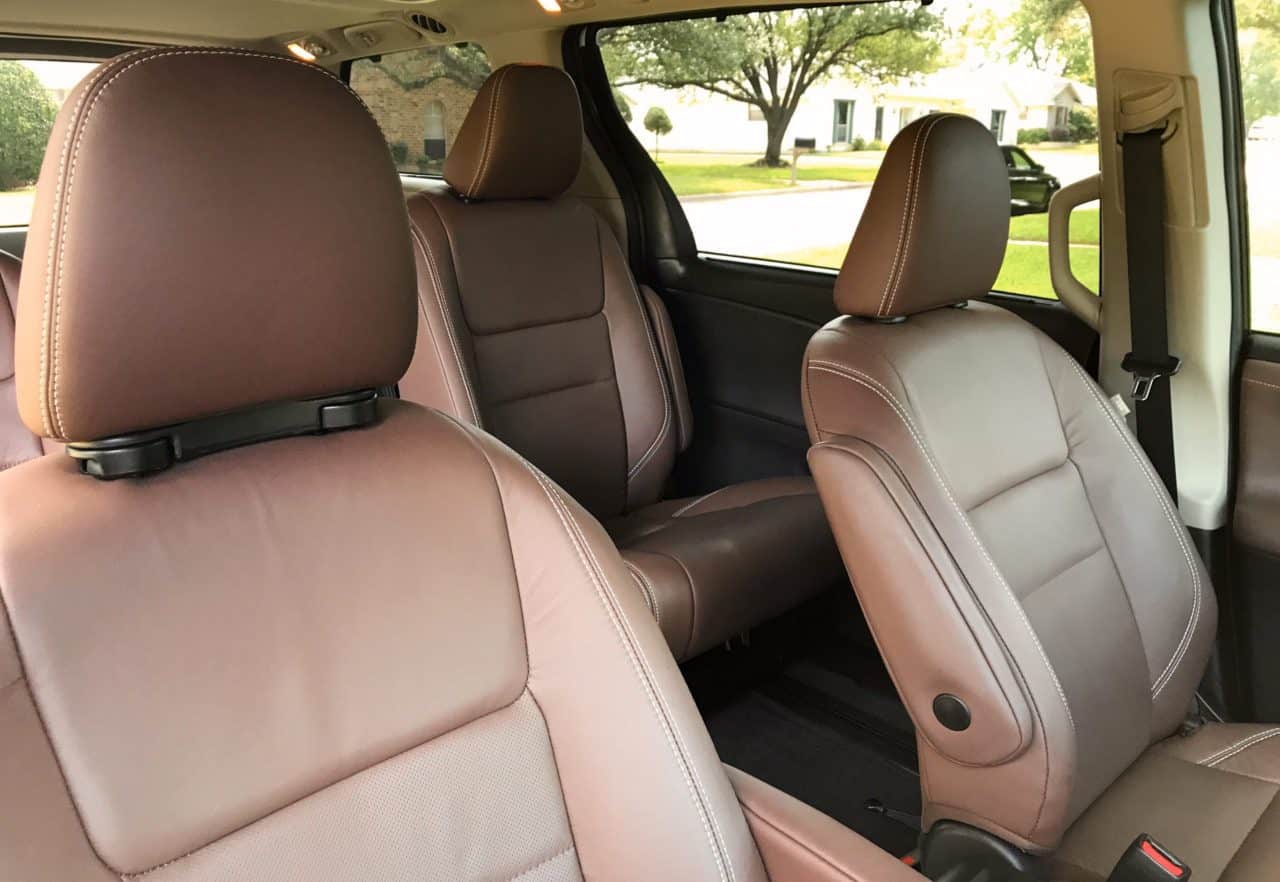 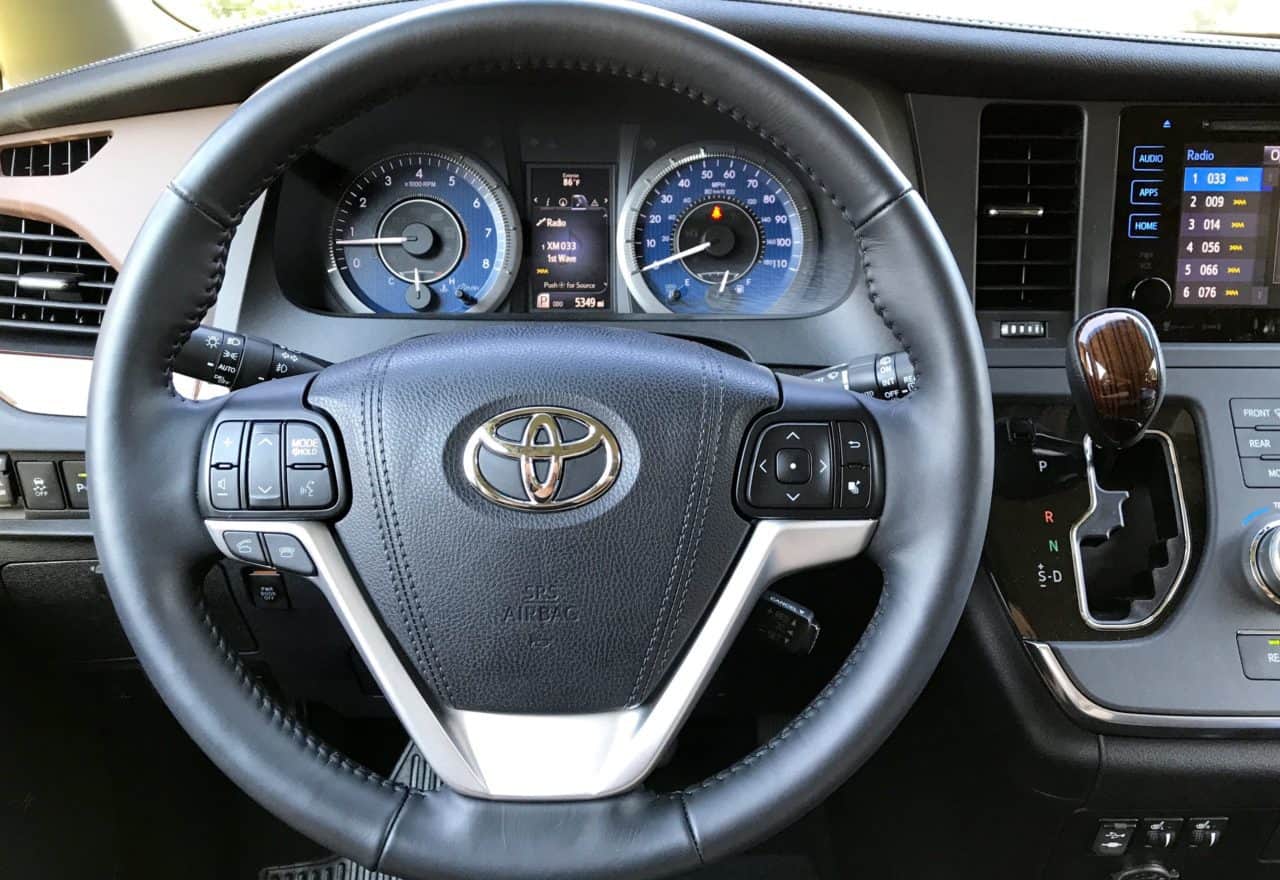