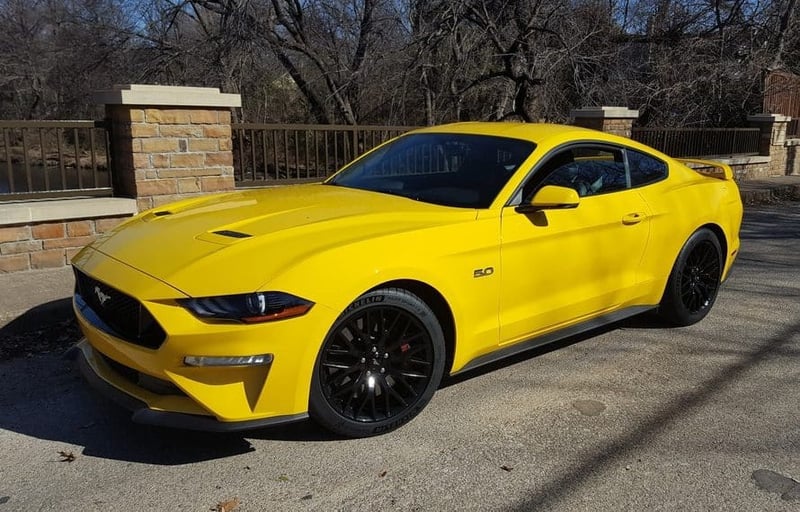 Forget those sweet little Mustangs of the past, the cute turquoise convertibles that carried Rotarians in the Fourth of July parade, often escorted by clowns.

Heck, some of the early ‘Stangs arrived at dealerships coated in a glossy Pepto-Bismol pink that would make any self-respecting bully-boy Camaro gasp and choke.

Even Wild Bill Clinton owned one in his pre-White House days – a ’67 convertible with a lowly six-cylinder engine and automatic tranny. (Bill was born to be mild, I guess.)

Bobby socks and beach boys just seemed embedded in the paint and soul of those innocent old Mustangs.

That image disappears quickly though, when the 2018 Mustang GT comes thundering into view, its evil, oversized blacked-out grille seemingly flecked with asphalt.

Over the last 10 years, in fact, Ford’s iconic Mustang has permanently traded its madras button-down for a muscle-shirt and high-dollar tattoos.

Low and stylishly sullen, the GT I had recently peered coldly at the world from headlamps squeezed against that broad, mostly horizontal grille.

Though considerably larger than the original ‘Stang – and 800 pounds heavier – the new GT looks every inch a Mustang with the rough edges smoothed by the caustic 21st century.

Likewise, the long-time Mustang scallop in the side has been reconfigured to character lines high and low on the body, as well as a powerful shoulder atop the rear fender.

One of my favorite features was traditional-looking three-bar taillamps angled in and sitting above four-inch diameter “quad” pipes on each side.

Unfortunately, I also had to contend with truly tiresome all-black 19-inch wheels, but at least they were wrapped with serious 255/40 tires up front and 275/40s in back.

Seven years ago, Ford got serious about putting some real gallop into the Mustang, giving it a high-revving 5-liter V-8 that blasts out 460-horsepower in the new GT.

The GT also gets some exhaust and suspension pieces from the fabulous ultimate ‘Stang, the GT 350 – plus a touch of the 350’s haunting snarl.

As a result, the new GT is as quick as its archrival, the Camaro SS, and can compete with it in curves.

Like the Camaro, the GT fires off with an angry announcement from those giant exhaust pipes, its Coyote V-8 chattering hard and loud.

The double-overhead cam V-8 in the GT feels a tad soft at low rpm, but comes on in a fierce, fender-lifting rush, shoving driver and passenger into their seats.

Let the bellowing GT run free and it will pull to 7,000 rpm, arriving at 60 mph in 4.3 swift seconds, according to Car and Driver.

Most surprising, though, is how the 3,900-pound GT can cut and dance in curves, aided by magnetic dampers and an independent rear suspension.

Despite its heft, the deep-breathing GT turns cleanly into fast corners, staying flat and balanced even when the idiot driver is kicking the rear end out.

Of course, the GT’s ride could be stiff and fairly intense in sport mode, and though the car was rated at 15 miles per gallon in town and 25 on the highway, I typically averaged about 14.

Both struck me as small prices to pay.

I can’t make that claim, however, about the GT’s window-sticker.

Ford couldn’t provide a real window-sticker for my car for some reason, but it has a base price of about $36,000 and with options that included the GT performance package, swells to an estimated $50,000.

I spent a couple of days pondering that sum from the much-improved black interior of the GT – easily the best that any factory Mustang has seen.

A basically flat dashboard, for instance, featured hoods on each side in pliable black plastic with white stitching on the edges.

A fairly large center-stack occupied much of the mid-dash, providing knobs and buttons for the stereo and climate systems, and an average-size display screen.

More important to me was the nifty black ball on the six-speed shifter and two old-school gauges above the display screen for oil pressure and manifold pressure. (Sorry, I just can’t quite shake my gritty past.)

As always, though, save the back seat for in-laws and outlaws. Leg- and head-room back there continues to be limited.

Initially, I struggled with the concept of a fairly sophisticated $50,000 Mustang – right up to when I pushed the start button and settled in to savor the snarl of its exhaust. 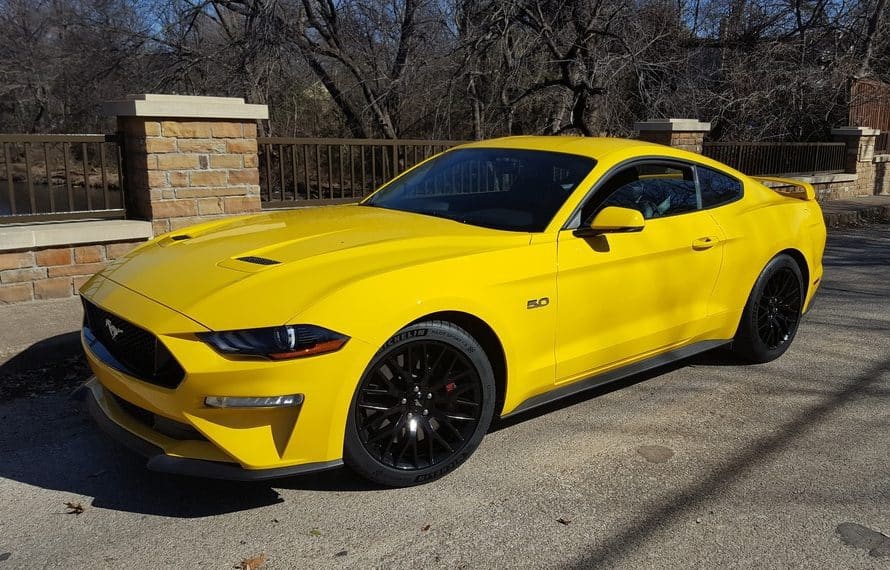 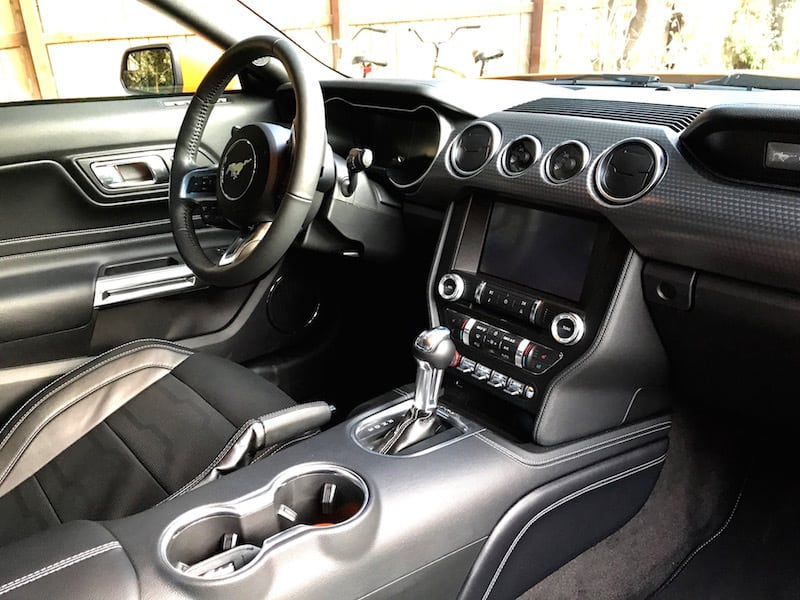 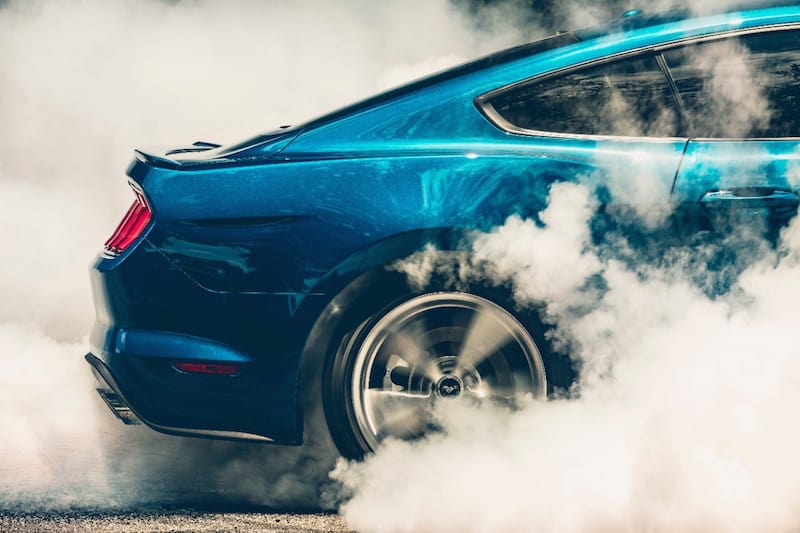 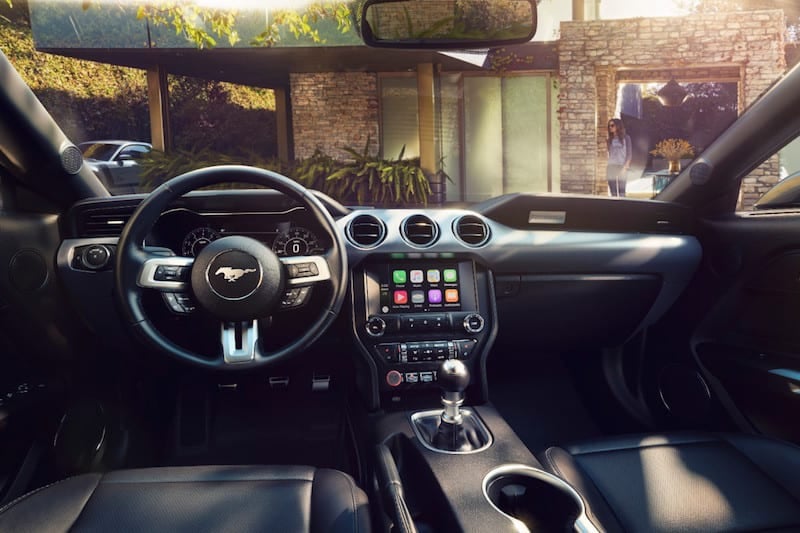 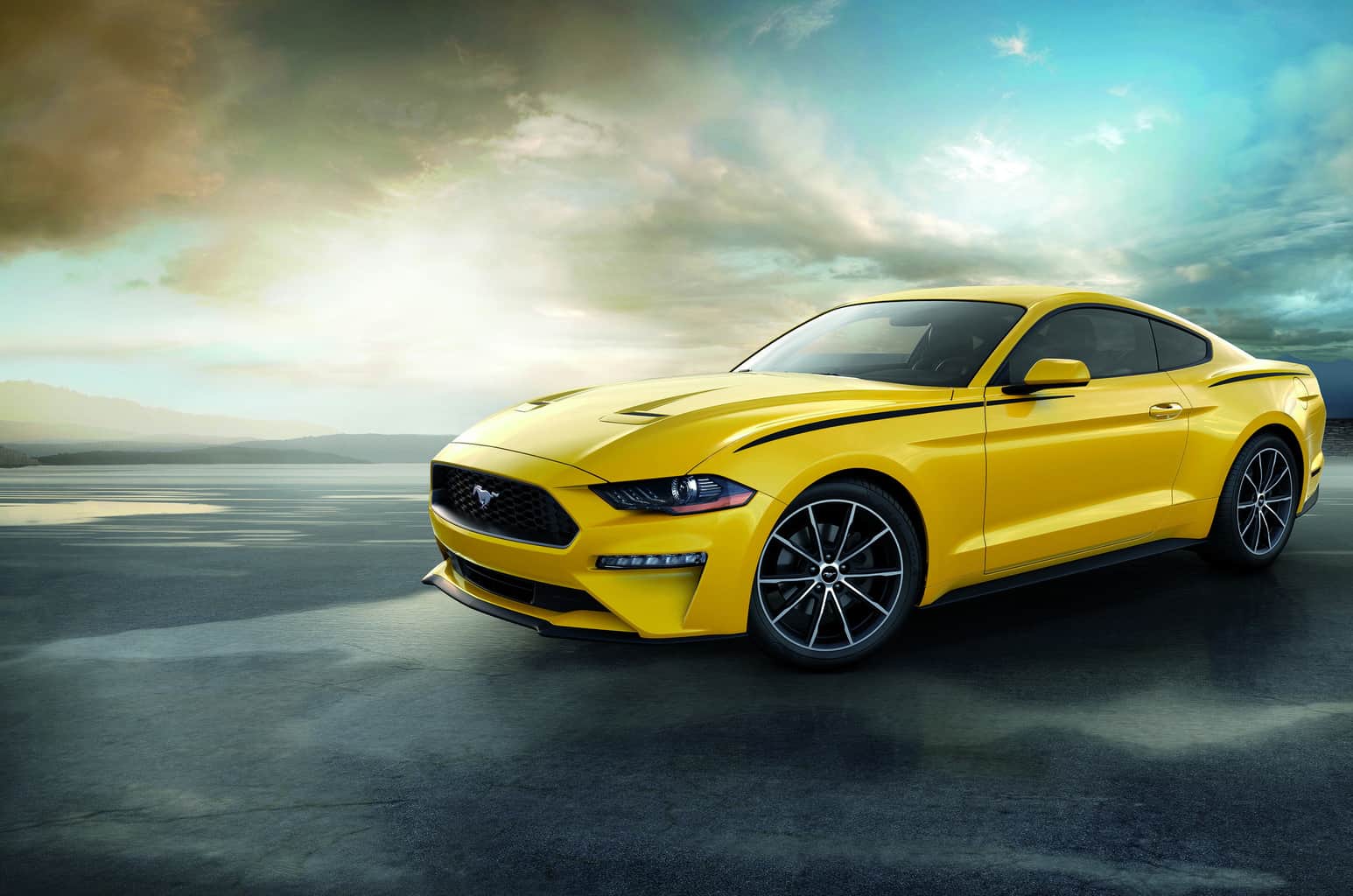 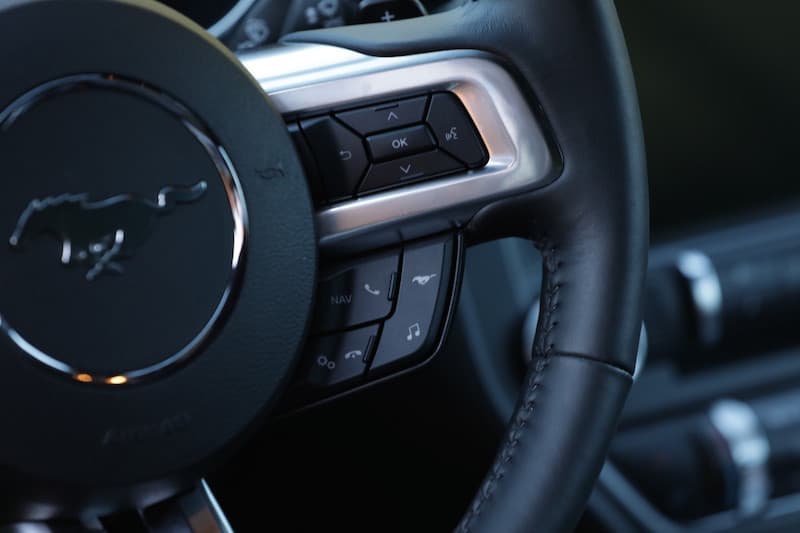 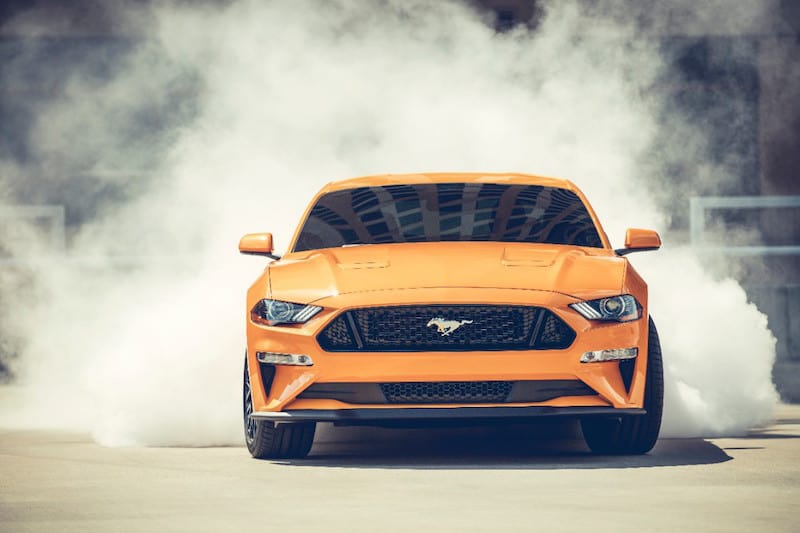