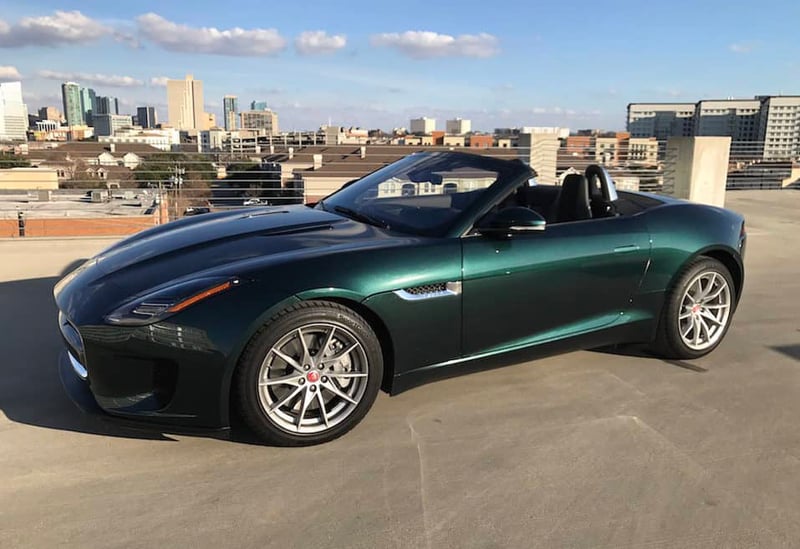 Once in a while, you fall so in love with a review vehicle you consider hightailing it to Mexico just so you don't have to hand back the keys.  Such is this case with the 2018 Jaguar F-Type convertible I had recently. Oh, I seriously considered it,  but common sense prevailed and here I am, writing this instead of sitting in jail cell south of the border.

I'm quite smitten by the F-Type after spending a week in its well-designed cockpit with incredibly comfortable suede bolstered sports seats. But it's the sporty performance and stiff handling that really makes it hard to say goodbye to. And here's where it gets really interesting. There's not the usual V6 or V8 under the hood of this one. My British Racing Green beauty comes with the F-Type's first-ever 2.0L turbocharged 4-cylinder engine.

Yes, Jaguar took a cue from Porsche, which recently dropped a four-banger in the 718 Cayman and 718 Boxster, by doing the same with the F-Type. And here's the thing. The turbocharged 4-cylinder really does deliver enough power with its 296-horses and 295 lb.-ft of torque. It's available as rear-wheel drive only and mated exclusively to an 8-speed automatic (sorry gang, no manual.) Jaguar gives it a 0 to 60 time of 5.4 seconds and a top speed of 155.

The new engine plays a huge role in the 4-cylinder's handling. It's more than 100 pounds lighter than the V6. So you're getting a lighter front end with retuned springs and a better weight distribution.  All of that adds up to agile, well-controlled, driving characteristics all its own. Even a little bit of turbo lag didn't dampen my enthusiasm.

If there is one reason to bemoan the lack of a V6 and V8 in all this, it's the engine sound. The four-cylinder, well, sounds like a four-cylinder.

One thing to be aware of is the Start-Stop system, which I found to be fairly pronounced. It took me awhile to get used to the sensation.

A Sporting Beauty Inside and Out

The F-Type is every inch a sport haven inside with new, light, slimline leather/suede cloth 12-way power memory seats. Jaguar's designers really got the ergonomics perfect as far as I'm concerned. The interior is sleek, minimalistic and modern with satin chrome finishes. The cushy heated steering wheel features paddle shifters. Above the steering wheel, the 5-inch digital driver's display with chrome dial rings is easy to read. Deployable air vents pop up out of the dash for some hide-and-seek action. You won't miss the huge temperature digits shown on the climate controls either. Note the gear shifter uses a button to put it into park.

Other technology features include cameras, in control apps, live valet mode, and Bluetooth.  A 380-watt Meridian audio system enveloped the cabin with premium sound thanks to 10-speakers and 2 subwoofers.

Trunk space is limited and you're not going to pile much in the car, period, two-seater as it is.  So it's not for someone who doesn't travel light.

One of the great joys of this car is, of course, the drop top. Road noise actually isn't too bad even though it's a cloth, not a hard top. The power top folds away effortlessly as you hold down the button in the center console.

The priciest option on my test vehicle was a $1380 Climate package that includes a heated windshield, seats and steering wheel along with two-zone climate control. Cooled seats are offered on a pricier package. The green paint tacks on $615.

While emergency braking and Lane Departure Warning are standard,  Blind Spot Monitoring adds $460 (an absolute must for a car like this) as does keyless entry. Auto High Beam Assist and Auto-Dimming Mirrors are also add-ons. 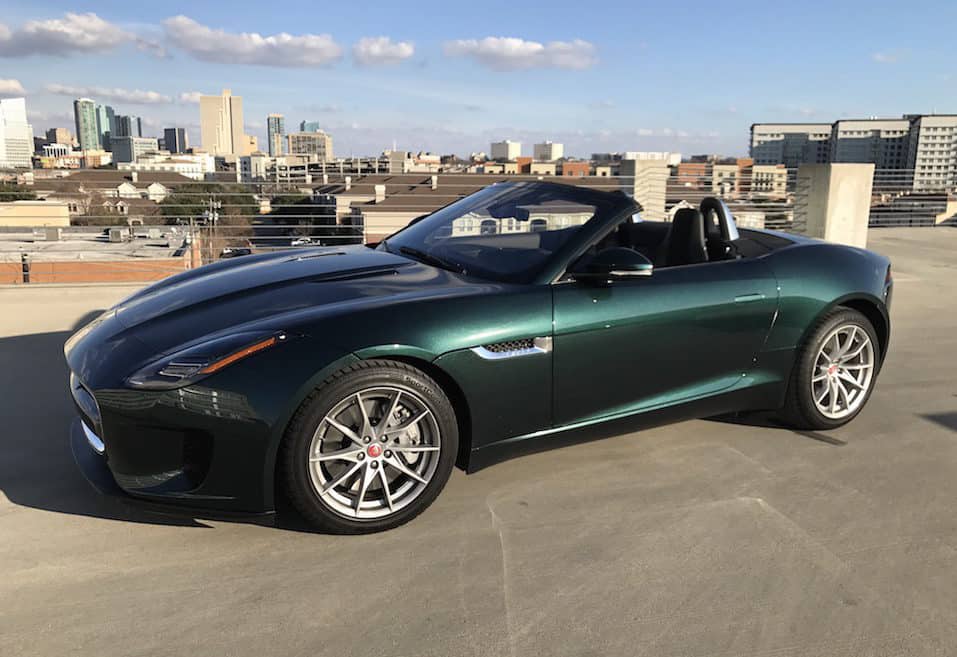 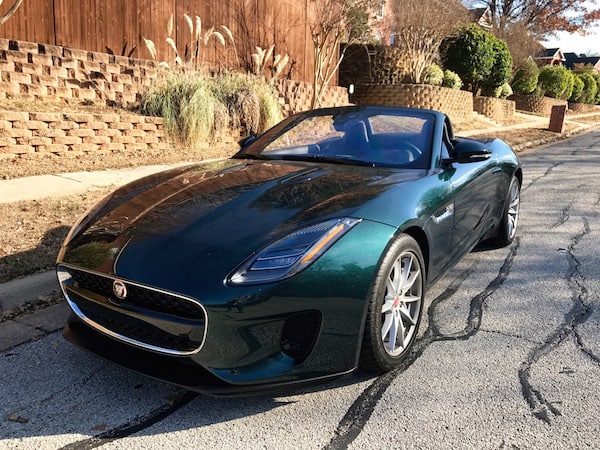 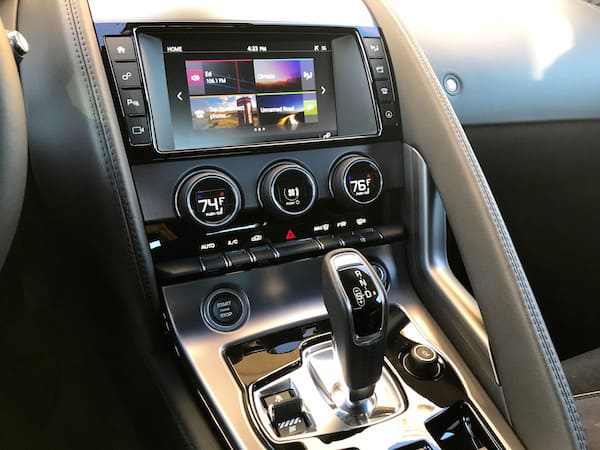 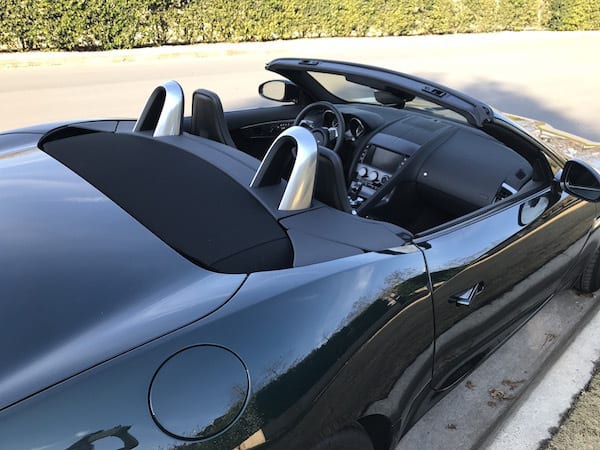 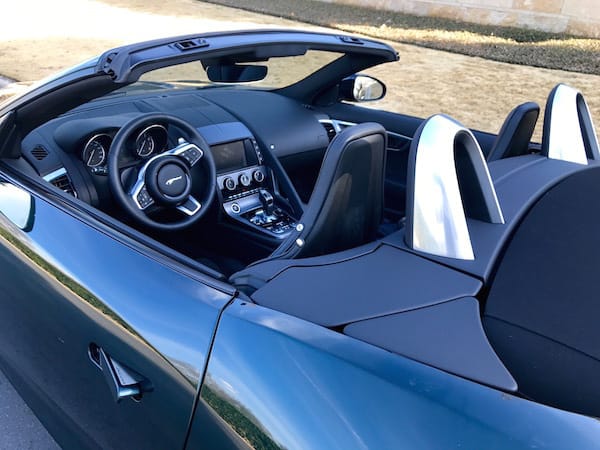 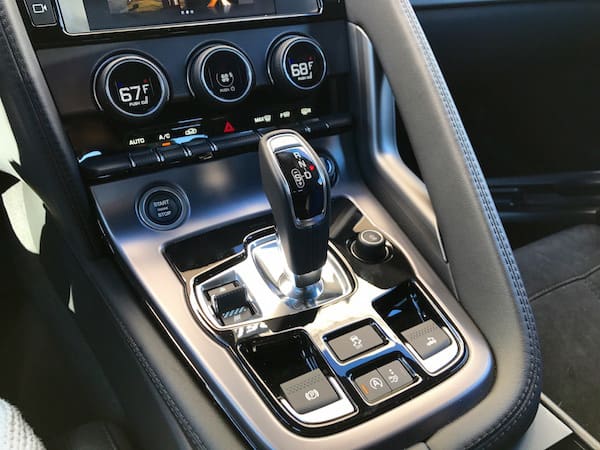 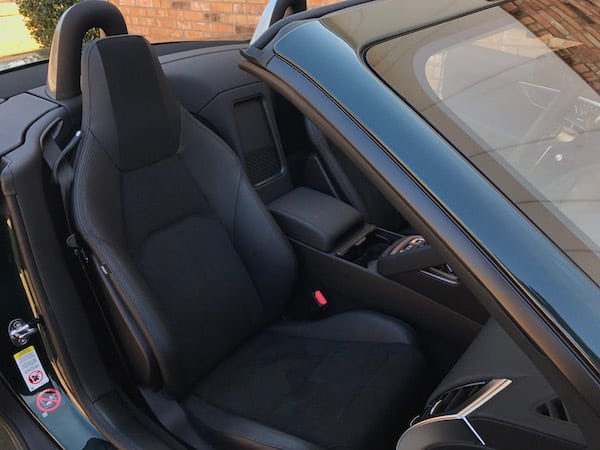 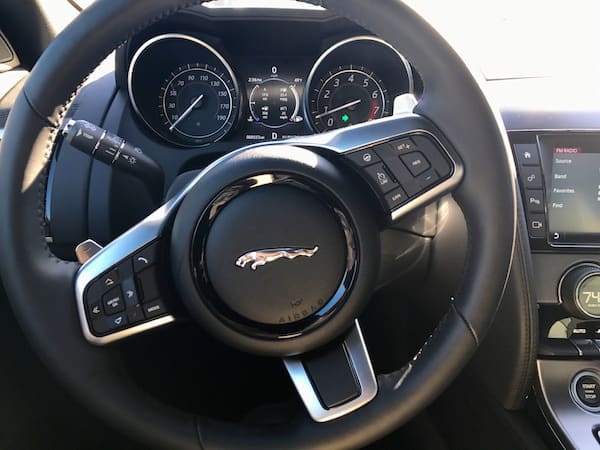 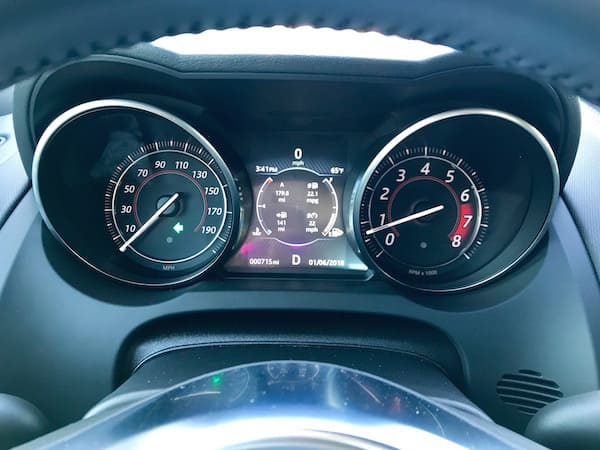 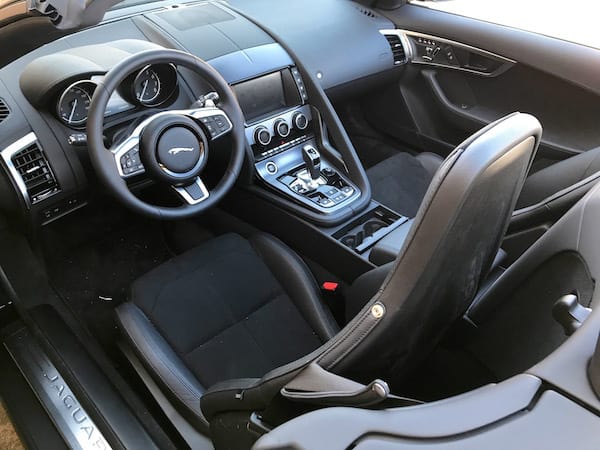 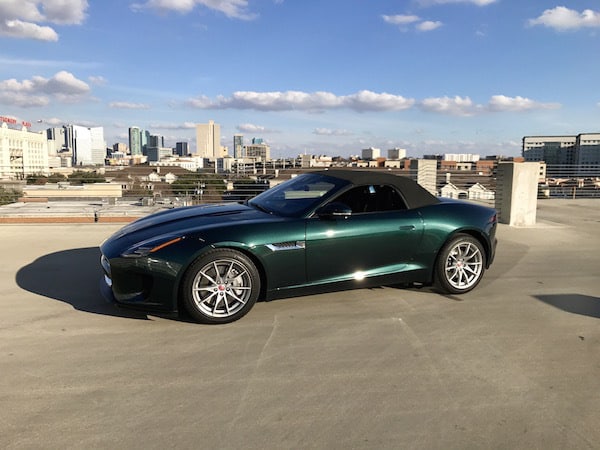 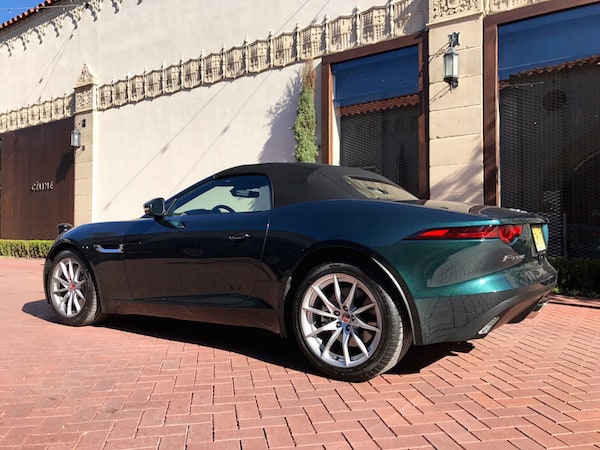 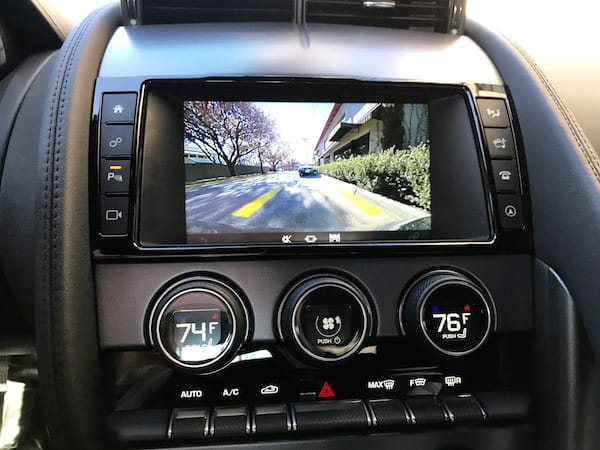 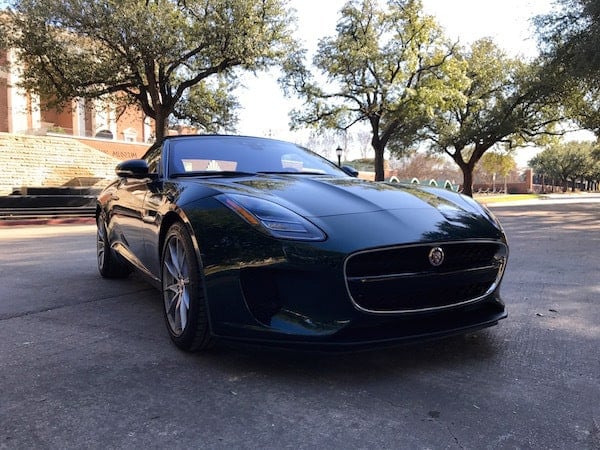 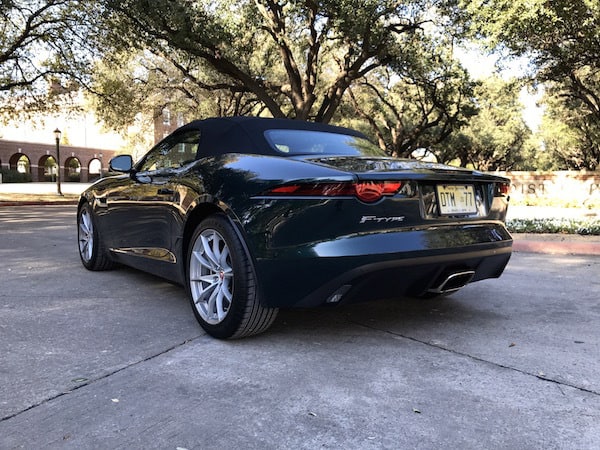