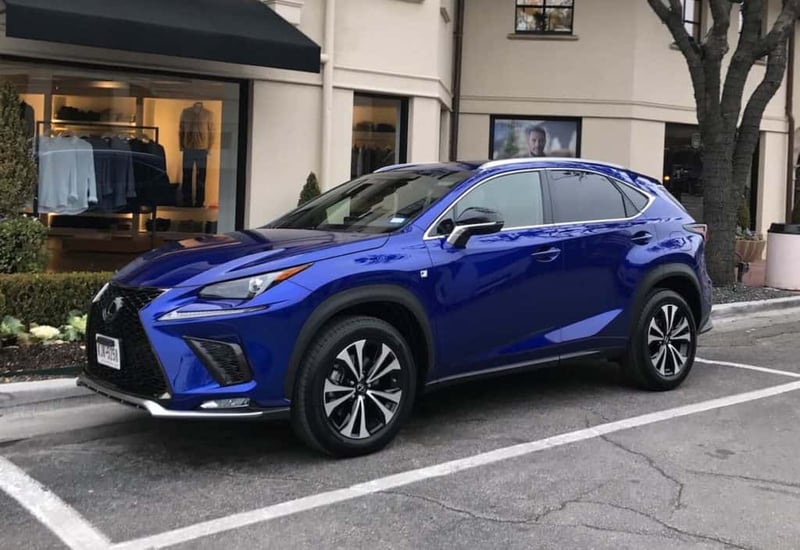 This week I’m behind the wheel of a successful sales story for Lexus: the NX 300. Currently, the brand’s entry-level SUV. Here in the U.S, sales jumped 41.9% in January, a best-ever month. After a week behind the wheel of the 2018 NX F Sport I think I’ve figured out why: it’s an entry-level luxury crossover that doesn’t feel like an entry-level crossover. It feels like a lot more.  While it’s smaller than the RX it doesn’t feel like a mini-me. Plus, open the doors and you don’t feel like you’re stepping into a more budget-friendly smaller model. It’s Lexus luxury all the way.

Introduced as the 2015 NX 200t, Lexus’ smallest SUV is now the NX 300 (and there is a hybrid version as well.) One thing is clear from our review of the 2015 NX, three model years later and Lexus knows better than to mess with a good thing.  The mildly refreshed 2018 NX doesn’t alter its chartered course and continues to deliver on its promise of premium features, cushy comfort and Lexus’ well-known smooth driving dynamics.

You’ll like the NX if you want a smooth, confident, almost ES sedan-style ride with a higher view. I can’t say it is a particularly fun or engaging ride, although the F Sport provides the sportiest drive thanks to its front and rear performance dampers and optimized suspension.

A real plus is that Lexus now offers a modified version of the LC 500’s Adaptive Variable Suspension, with re-tuned shock absorbers and springs. It features 650 levels of damping that automatically adapts to changing conditions. It all adds up to better handling, cornering, and response. Also, my NX F Sport tester feels much lighter than its 4000 pounds (with AWD). Two-wheel drive is standard.

I found myself in Sport+ mode most often, but it also comes with an Eco and default Drive mode, and the drive mode controller is great.

Lexus built the brand’s first turbo four-cylinder engine for the NX when it launched. You’re getting a respectable 235-horsepower under the hood along with 258 lb-ft of torque. However, the 6-speed transmission isn’t doing the engine any favors. The gears don’t shift quickly and the NX isn’t quite as quick on its feet as it could be. Only a few SUVs in this segment offer a rather now old-fashioned 6-speed, including the Audi Q3 and Lincoln MKX. 7- and 8-speeds are more the norm, for now anyway. The new Jaguar E-Pace will get a nine-speed when it hits the road.  Lexus' Smart Stop technology comes standard and when the engine gets thirsty, it drinks premium fuel.

New and notable features for 2018: a new Caviar color (available on non-F Sport models) standard power-folding mirrors and complimentary Enform Service Connect for the first ten years of ownership.  The NX also comes with Lexus’ enhanced 2nd-generation Remote Touch Interface system.  Onboard WiFi also now connects up to 5 devices and it comes with a 4GB complimentary one-year trial.  You can also now add a $550 foot-activated stand-alone liftgate option if that’s on your wish list.

The mid-cycle refresh of the 2018 model adds even more edge to the exterior design with some tweaks to the front end and bumper. They didn’t have to do much, however, considering the menacing spindle grille already playing front and center.  New tweaked LED low and high headlamps now come standard and there is also a larger fog light opening below the headlights. In back, there are also some design tweaks to the taillights. Throw in the F Sport badging and you end up with unique bumpers, a black mesh grille, a larger exhaust opening and machined-finished special 18-inch black wheels. Hi-Beam LED headlights are optional.

Edgy styling continues in the cabin which is not what I’d call minimalist. There is a lot going on inside, including multiple levels and lines on the dash and a rather beefy “command” console. You get all the premium materials and soft-touch surfaces you expect.  The F Sport cabin comes in with exclusive Circuit Red-hued Nuluxe Leather seats, but black is also available. Incidentally, the bolstered F Sport seats in the NX were a lot more comfy to me than the ones in the RX, and overall Lexus seats generally get high marks from most folks. One quirky design element is a small removable makeup-style mirror hidden in the armrest.

Lexus always does a great job with its tachometer displays and the NX is no different. The 4.2-inch screen displays easy-to-read info, including F Sport performance data, and you can toggle through it using buttons on the steering wheel. I will say the steering wheel toggle and radio buttons seemed a bit small and I prefer the RX 350’s larger ones.

The large center console is a bit eccentric in its design and also cuts slightly into legroom space, but overall this is a respectably roomy SUV that easily fits four adults.  There is a good amount of headroom since it’s a tall SUV and plenty roomy in the back with seats that I found very comfortable when I used the manual recline feature. The downside with the back row seating is that the headrests seem disproportionally high impeding visibility.

Lexus seems bound and determined to make its Lexus Remote Touch Interface system likable and more user-friendly, but overall the second-generation doesn’t do a whole lot to change things. It does come with a 30% larger touchpad, which helps. But navigating the menus is still tricky and takes more concentration than with other systems. It just isn’t as easy as touchscreens or knob-based systems. However, Lexus, as usual, did a good job with the modern graphics.  I’m certain I would have enjoyed them even more on the optional 10.3” multimedia screen with Navigation over the standard 8-inch in my test model. (The 12.3" screen in the RX 350 was incredible!)

The downside to my test model’s entertainment system was the audio system. My tester was equipped with the standard 8-speaker set-up. If it were me, I’d spring for the Navigation Package for 2 additional speakers (including subwoofer). But there’s no option for the premium optional 15-speaker Mark Levinson set-up in the RX 350 F Sport.

I enjoyed using the voice recognition feature, which worked well a fair amount of the time.  The system does seem more reliable on city streets than on the highway, presumably due to road noise levels. Lexus gives you specific command sentences and you do have to project your voice, whispering doesn’t cut it. The system can also be found in the new 2018 Toyota C-HR I drove recently, and it worked even better in it, which I attribute to its smaller size.

This is one of those red-hot segments that is getting more competitive all the time. The NX competes against the lower-priced Audi Q3, BMW X1, redesigned Mercedes-Benz GLA and Infiniti QX30. The X3 is slightly more expensive. The 246-hp Jaguar E-Pace is also on the horizon, priced just above the NX, and a redesigned 2019 Lincoln MKC (pricing TBD) is also headed our way.   Despite the growing competition, the NX’s track record, though somewhat short, is a quickly proven one. The reliability of the Lexus badge, its residual value, and premium features say a lot for its continued success. 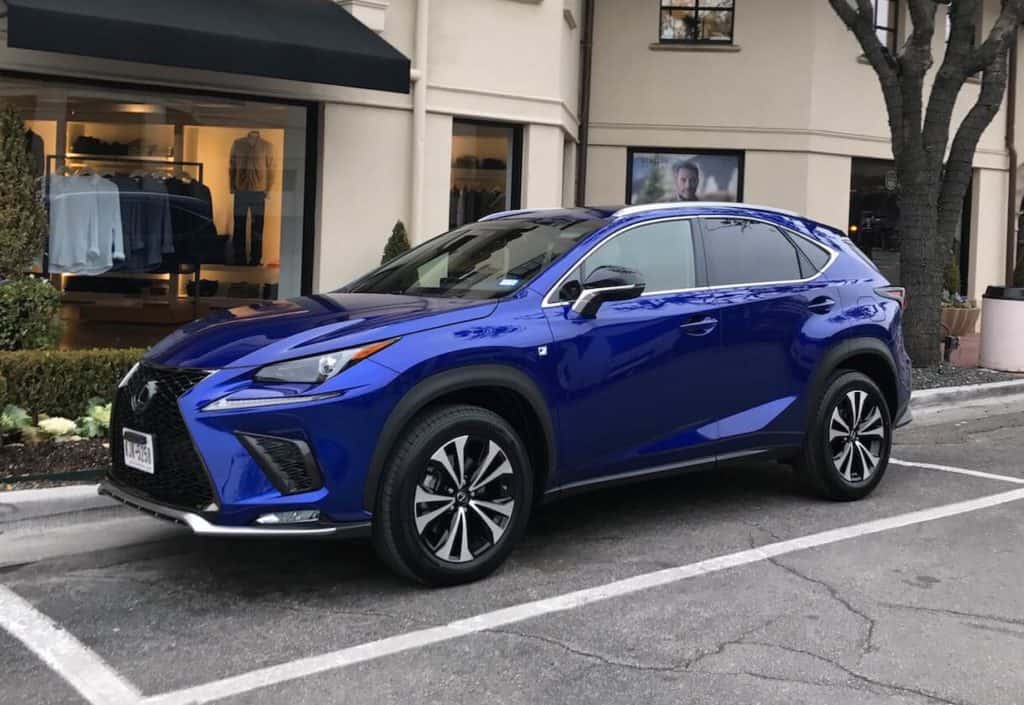 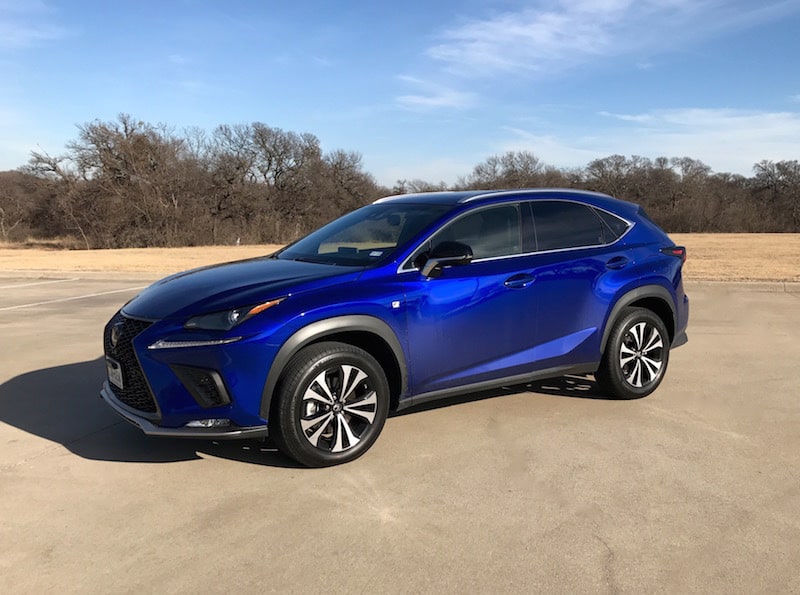 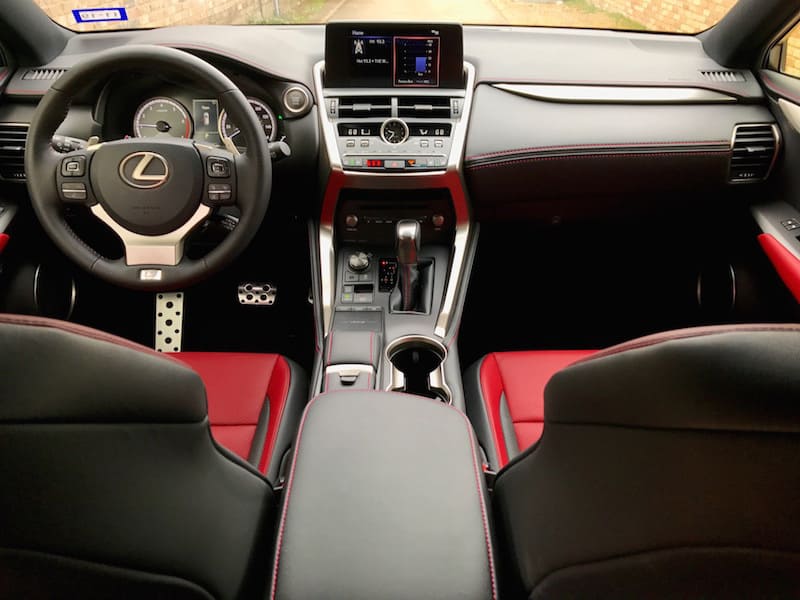 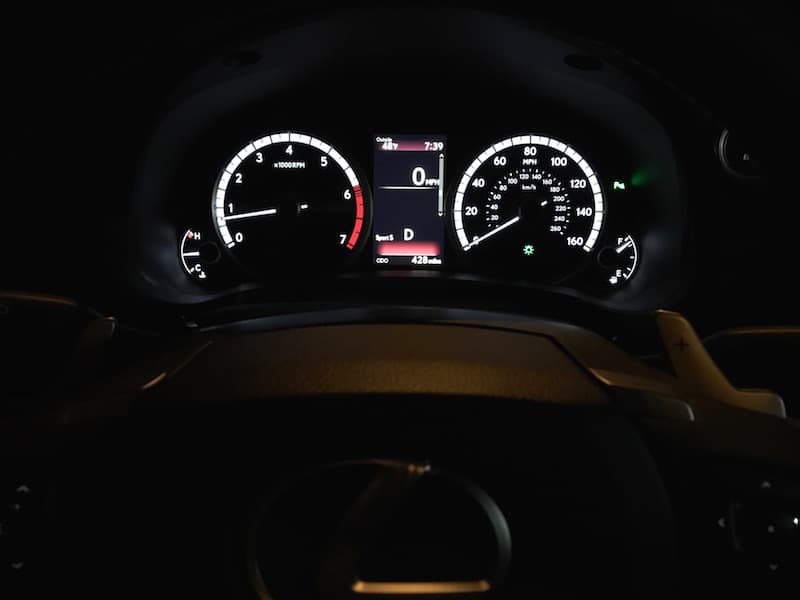 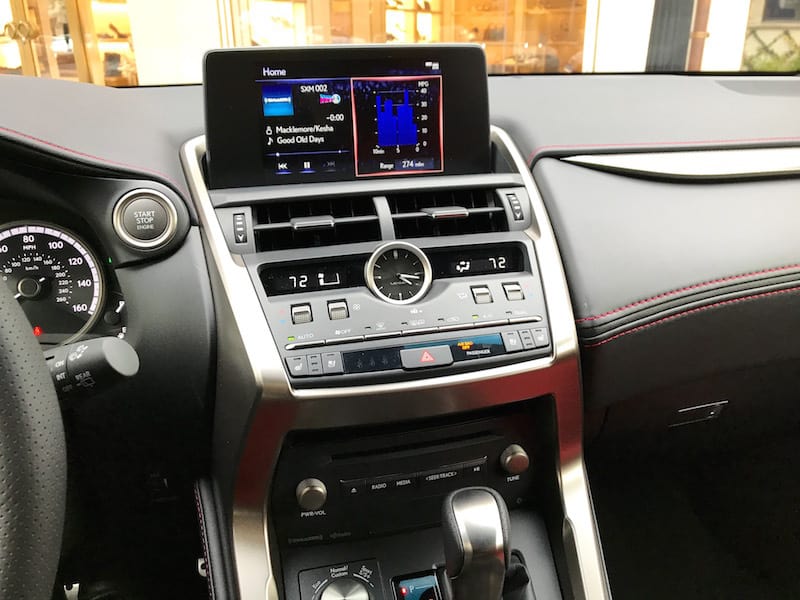 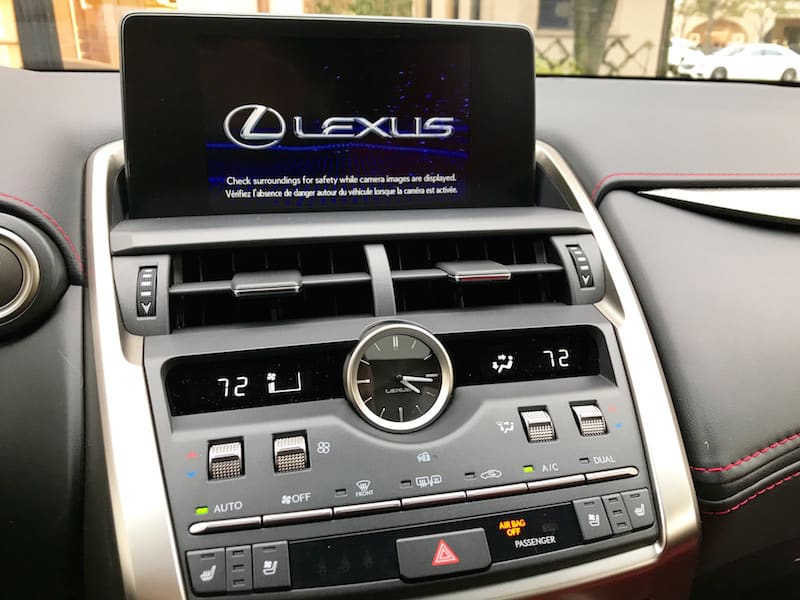 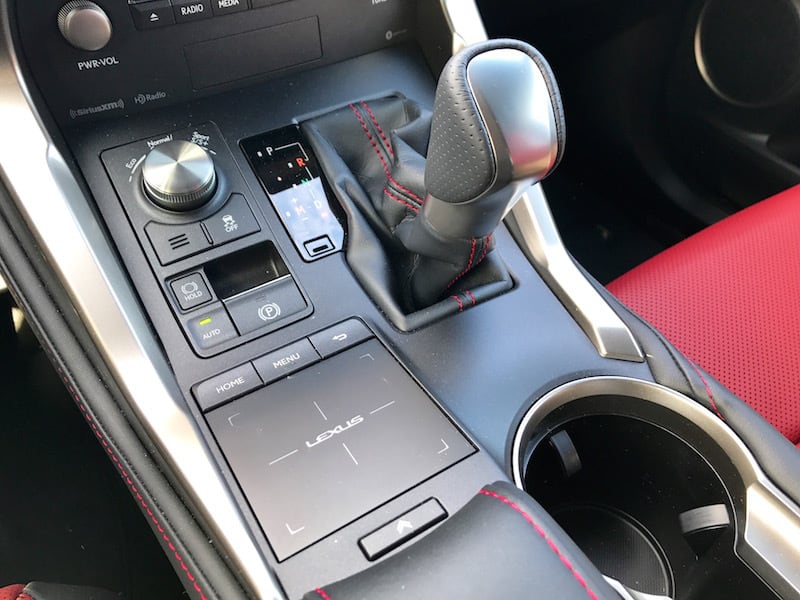 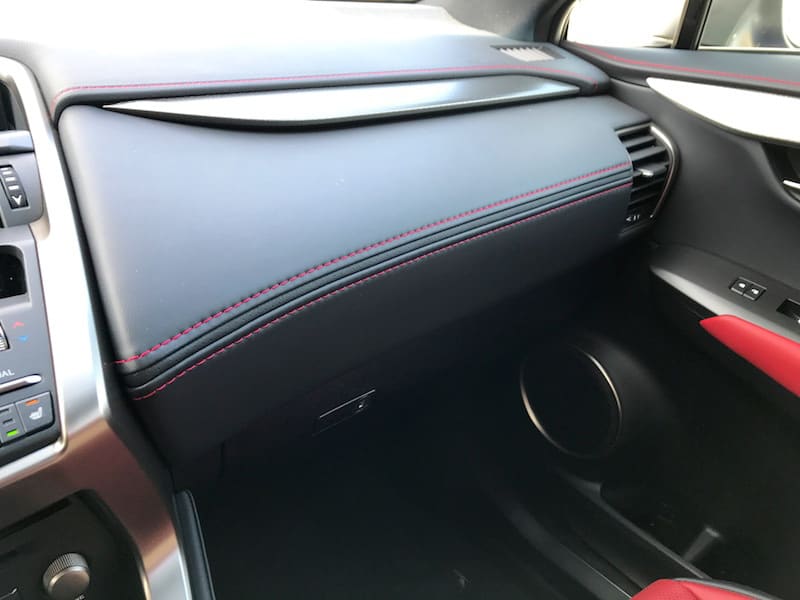 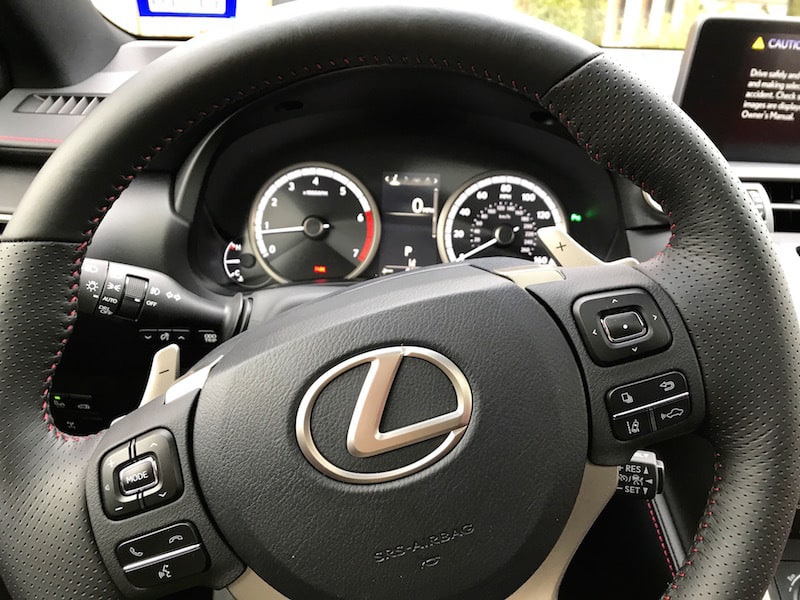 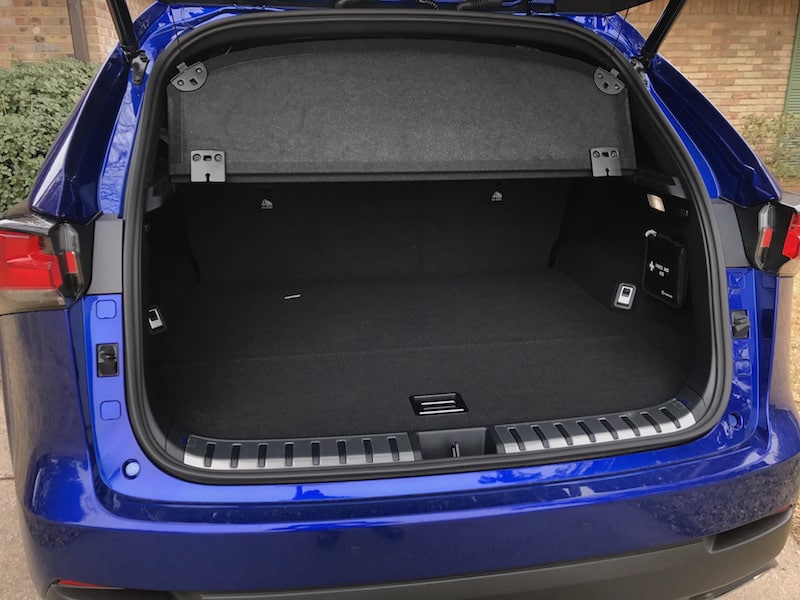 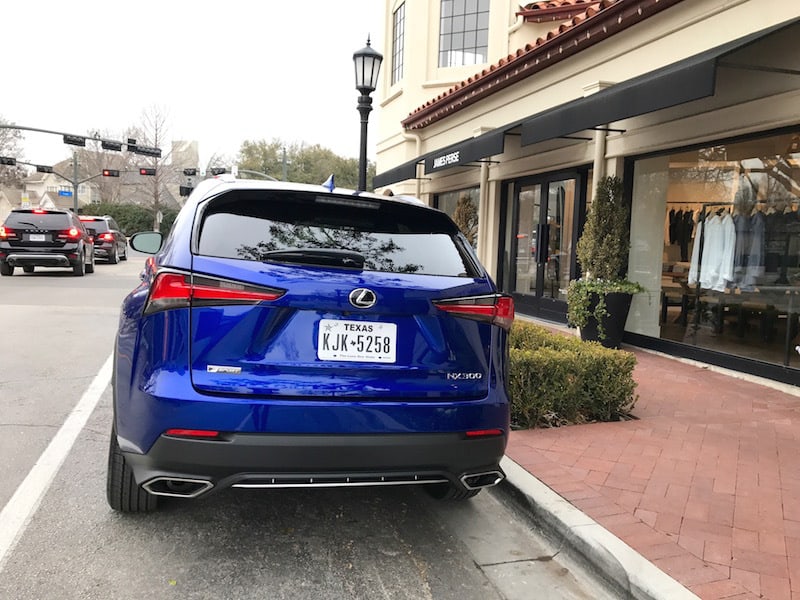 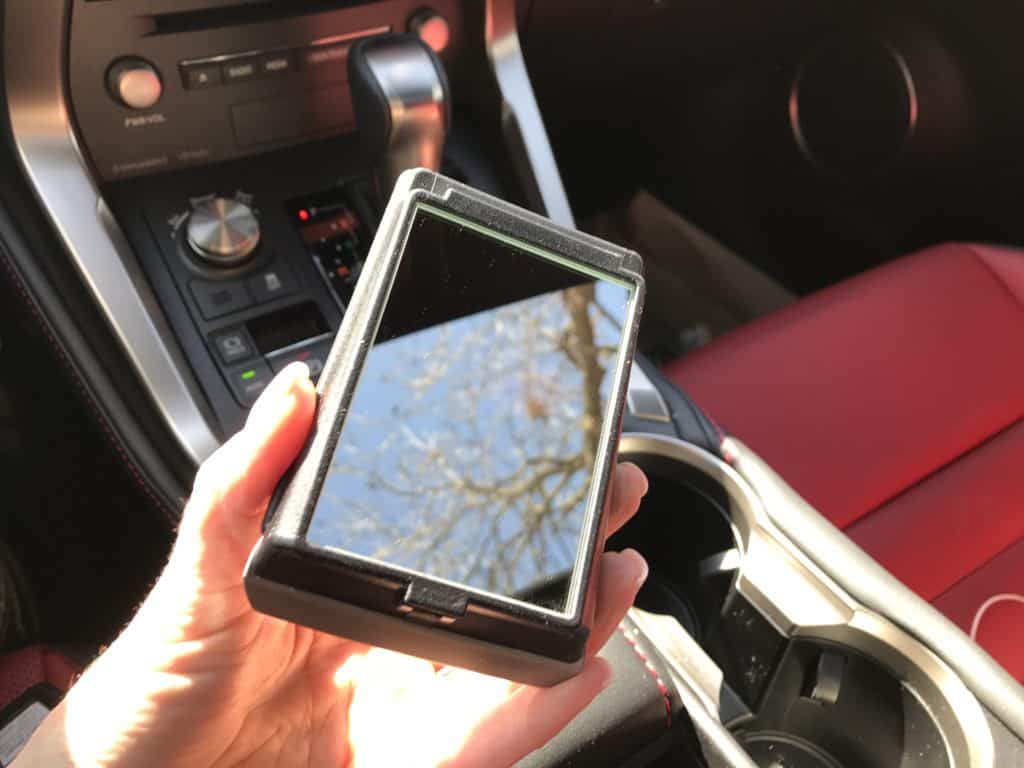