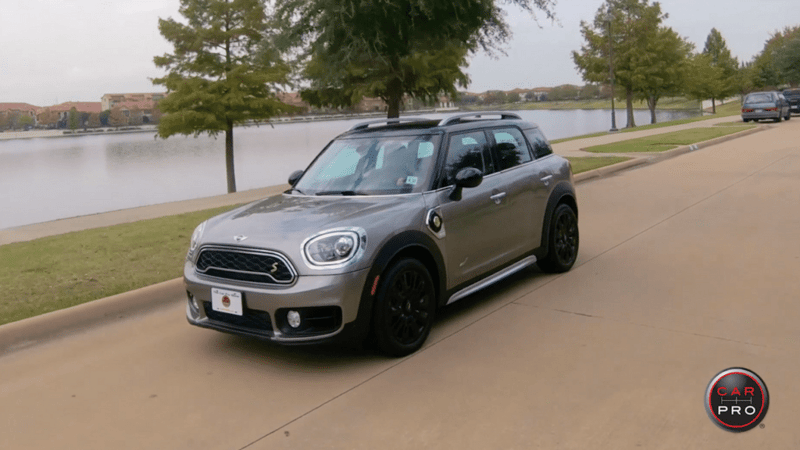 This week I am behind the wheel of, get this: the all-new 2018 Mini Cooper S E Countryman All-4 (that’s a mouthful!).  This not-so-mini Mini Cooper is the largest Mini ever produced and features a plug-in hybrid electric system for the first time.

Let’s talk about the power train since it’s all new.  The Countryman SE combines a 3-cylinder turbo gas engine and a 65-kilowatt battery pack that adds 87 more horses for a total of 221-horses.  Without help from the battery pack, you only have 134-horses.

You can plug the vehicle into a regular wall plug to give you more battery range, OR when you are running on the gas engine only, it will recharge the hybrid battery.  I suspect some people will never use the plug-in.

I suspect some people will never use the plug-in.

There are three hybrid settings.  Max E Drive conserves as much battery life as possible.  Auto E- drive controls the most efficient use of gas and battery together, and there is a Save mode, which stores battery power while the gas engine runs.

All SE Countryman come as the All4, which is the Mini version of all-wheel drive, and gives the new Countryman a much more substantial ride and drive.   This Mini shares a chassis with the BMW X1, so it is a true crossover.

As cool as Minis are on the outside, it is the interior that true Mini enthusiasts love.  As you sit behind the steering wheel, you notice everything is round from the speedometer to the huge touchscreen, right down to the air conditioning controls.  Another cool touch Mini has used for years is the use of toggle switches below the climate controls, including a yellow one in the middle to start the car.  To the left of the start button are switches to turn off the parking sensors and control the E-Drive.  To the right, you can turn off the traction control, and turn on the heads-up display.

The heads-up display is unlike any I’ve ever seen.  A plastic screen pops up from the dash to display your speed or give you directions from the navigation system.

The seats are leatherette, which is man-made leather and quite comfortable.  Everything is within easy reach, including the knob in the center console that operates everything on the massive round screen, or it can also be used as a touchscreen.  You can scribe on top of the button to enter information.

From the main menu, you go through the navigation screen, My Mini screen, Mini Connect, notifications, communication screen, and the media and radio screens.  Surrounding the 8.8” round screen is a band of light that changes colors.

Like all Minis, around the 6-speed automatic transmission shifter, you can change drive modes from Sport, to Mid, to Green to maximize your fuel economy.

Unlike other Mini Cooper models I’ve ever been in, this one has a lot of headroom and legroom.  In fact, you can put five adults in this crossover and everyone will be comfortable.  The back seat folds down in a 40/20/40 configuration for added cargo room.

This particular Mini has several options, including $300 for Sport seats, $500 for a parking assistant, $750 for the head-up display, $300 for a years worth of SiriusXM, and there is a $500 charge for the Melting Silver paint.

The Countryman drives very well, has a smooth ride, interior noise is practically non-existent, and you get a real BMW feel in the handling.

I like the Countryman a lot, but I can’t make the case for the hybrid option.  Running on 100% battery, you only have 12 miles of range before the batteries are depleted.  The total range of battery and gas combined is just 270 miles.  Once the batteries run out, you’ll only get 27 miles per gallon, which is not great for a subcompact SUV.

My tester has an MSRP of exactly $40,000 as you see it.  The hybrid version adds $5100 from the gas-only version of the Countryman All4, but the hybrid does qualify for a $4000 federal tax credit if you have a tax liability.  If you look at the window sticker, it jumps out that you save zero in fuel costs over 5 years compared to the average new vehicle.

Consider the Mini Cooper Countryman for sure, there’s a lot to love, but I’d pass on the hybrid option. 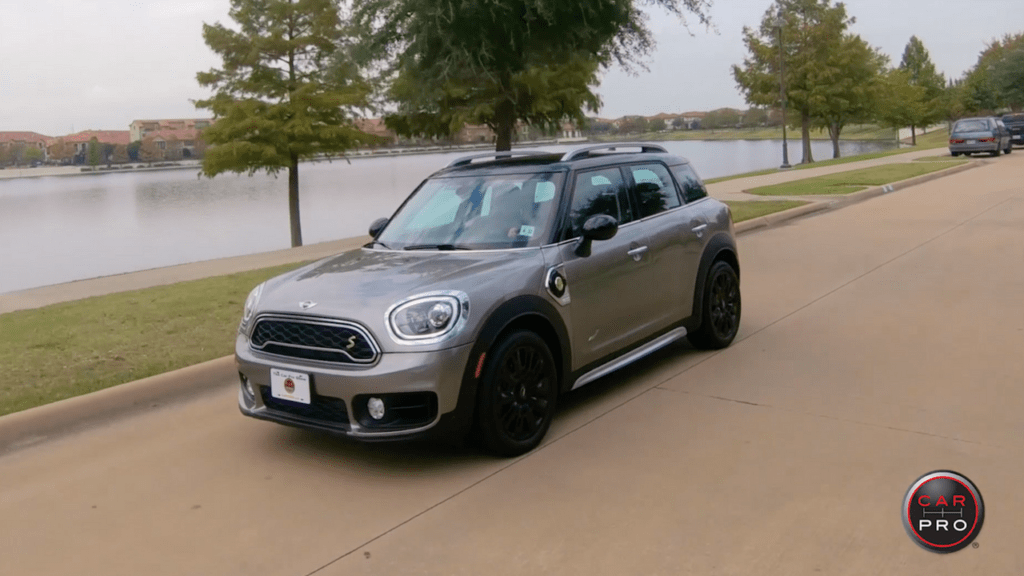 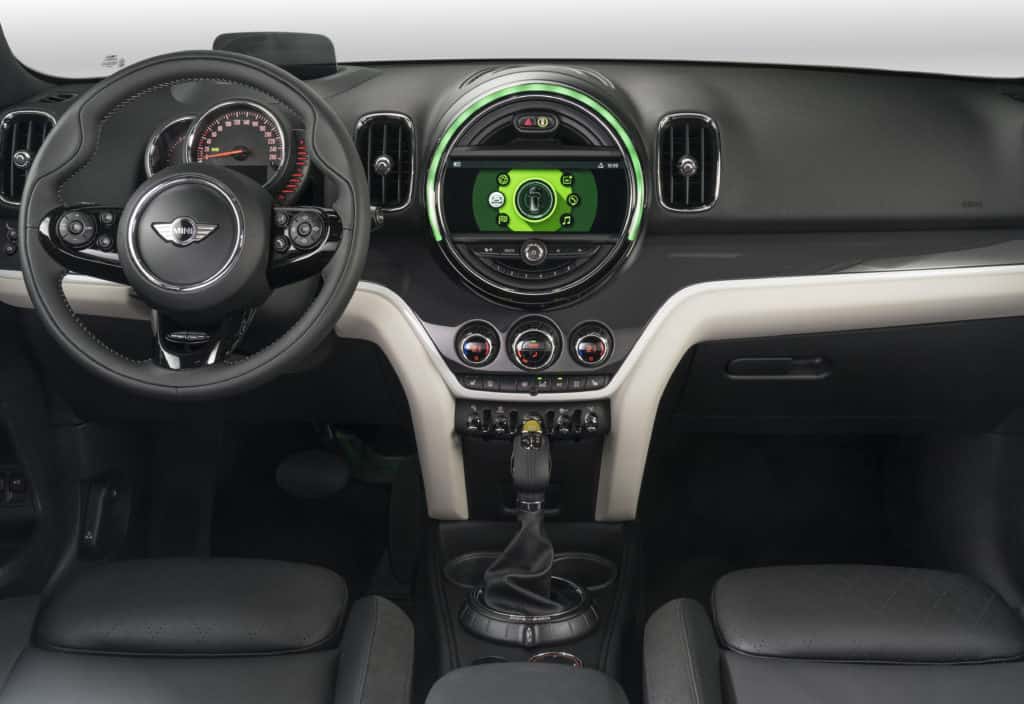 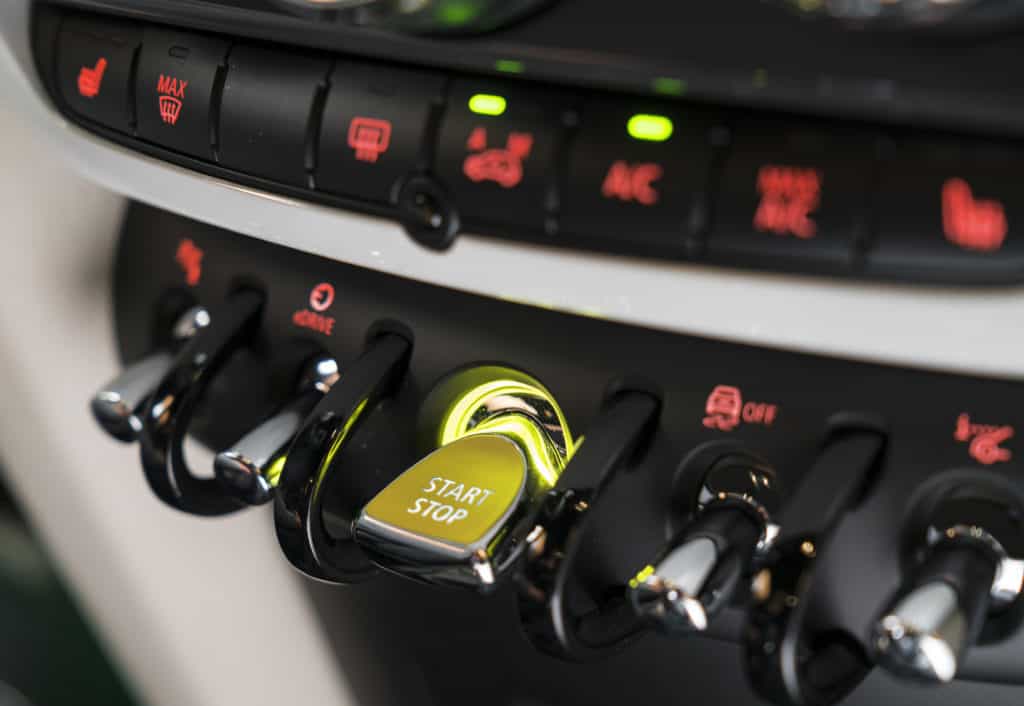 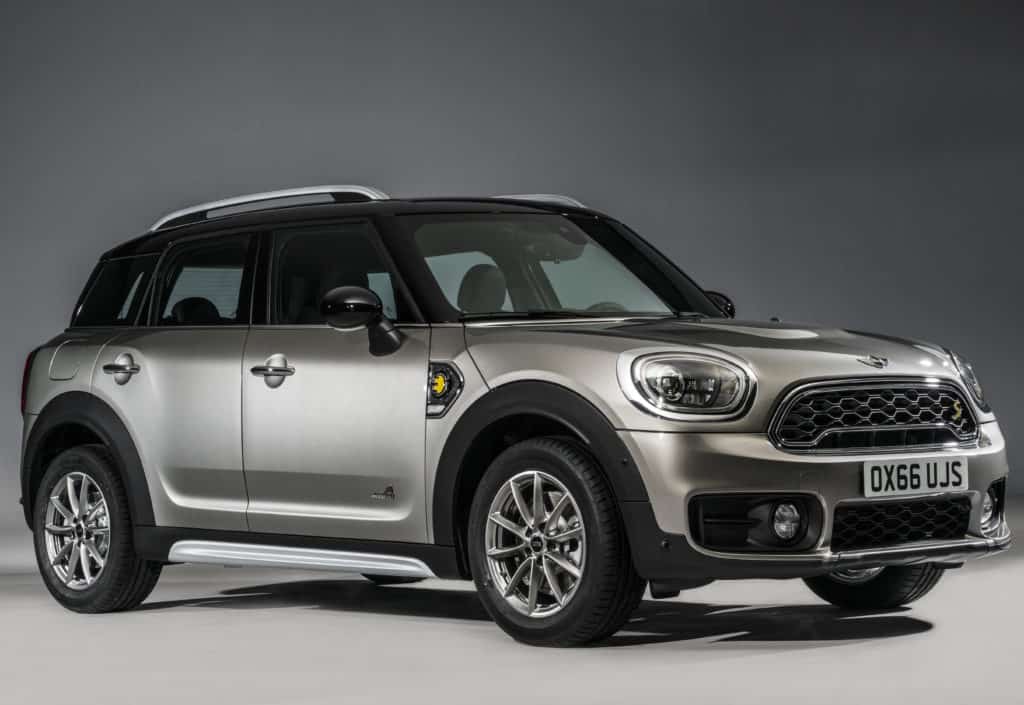 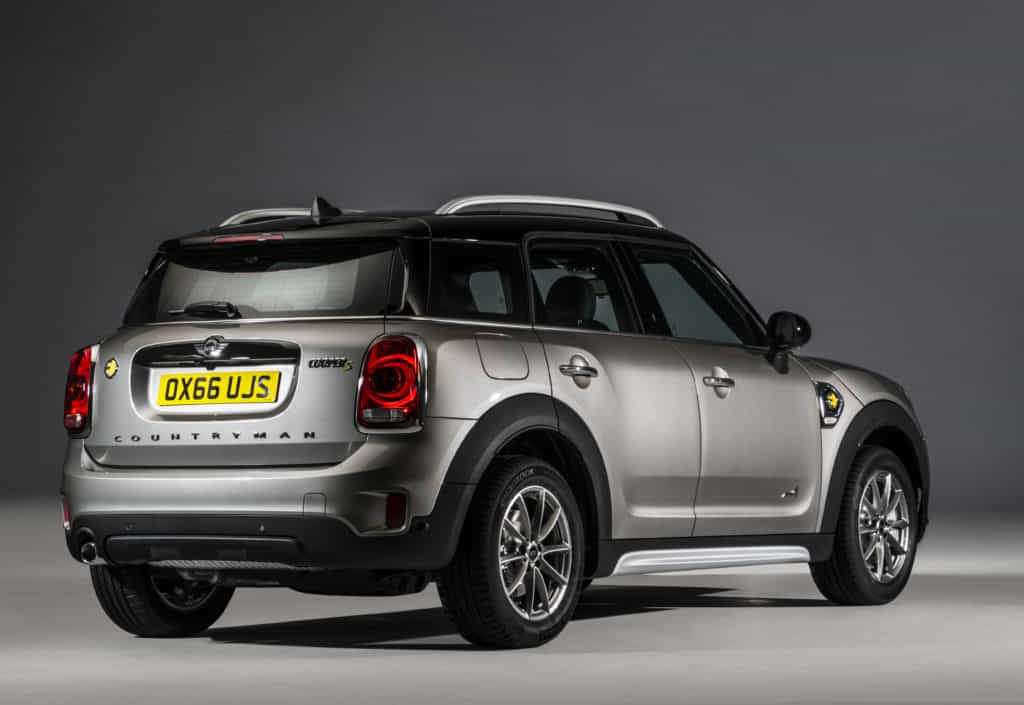 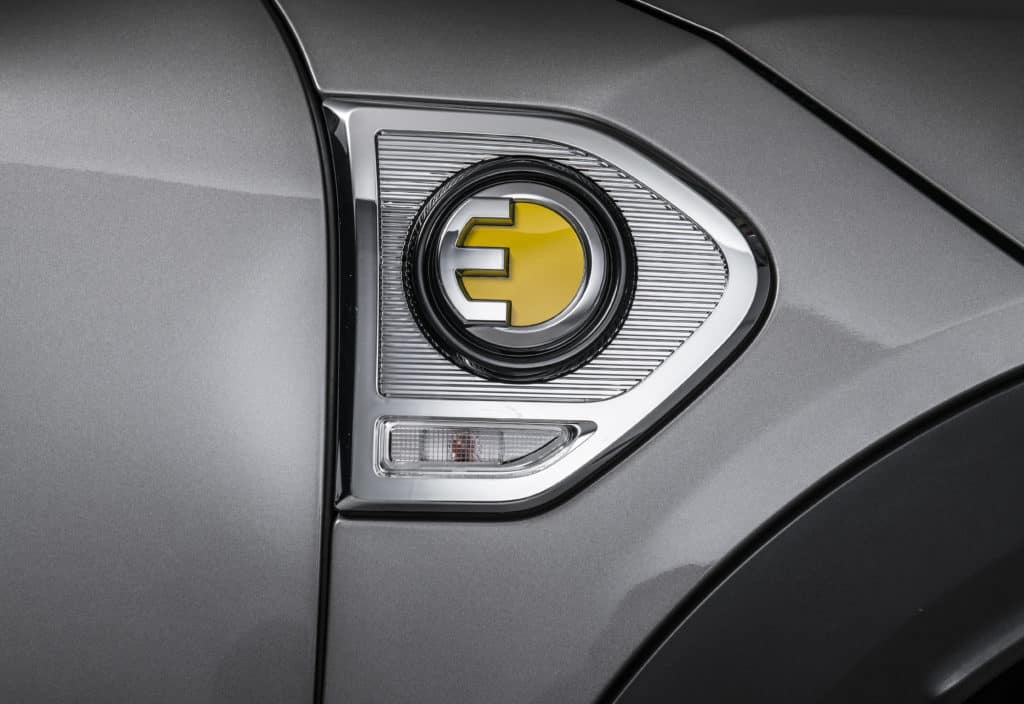 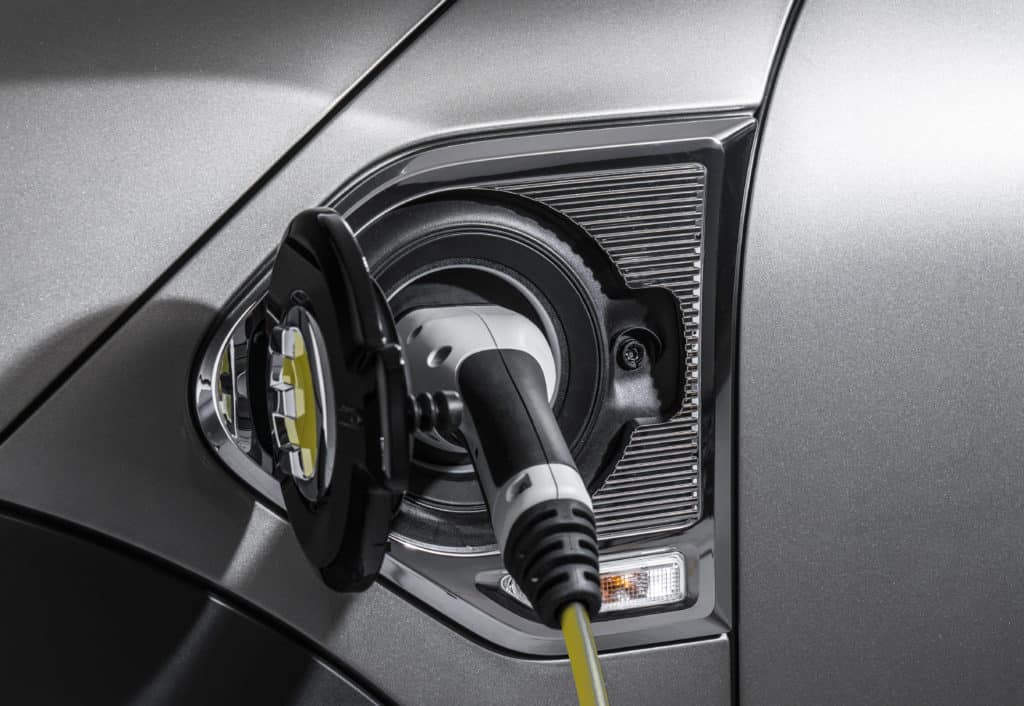 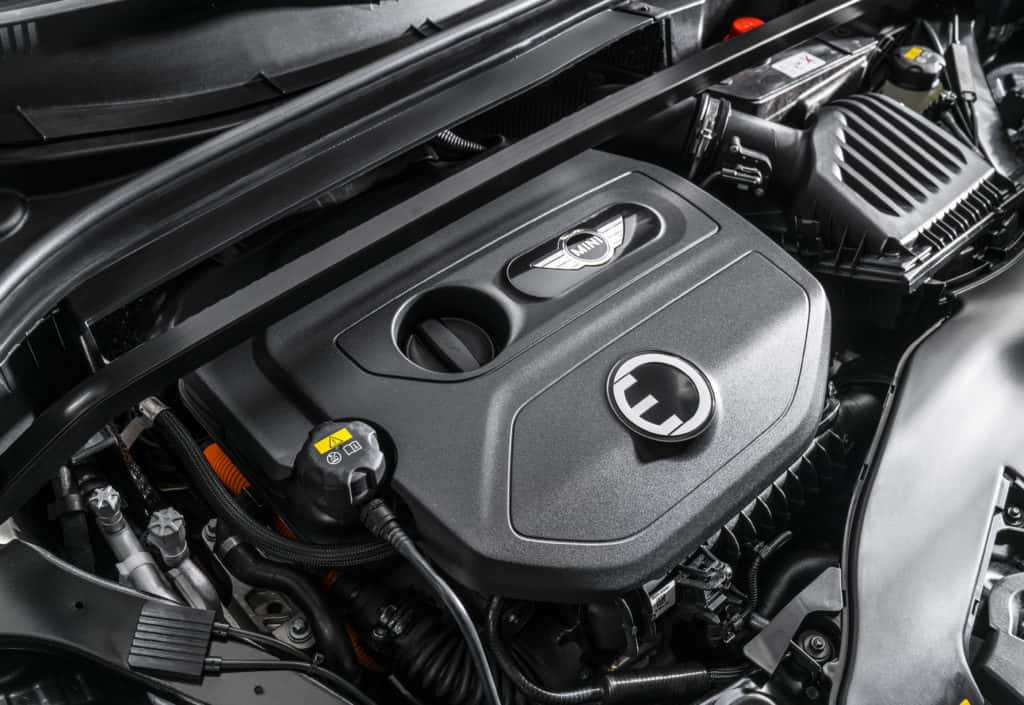