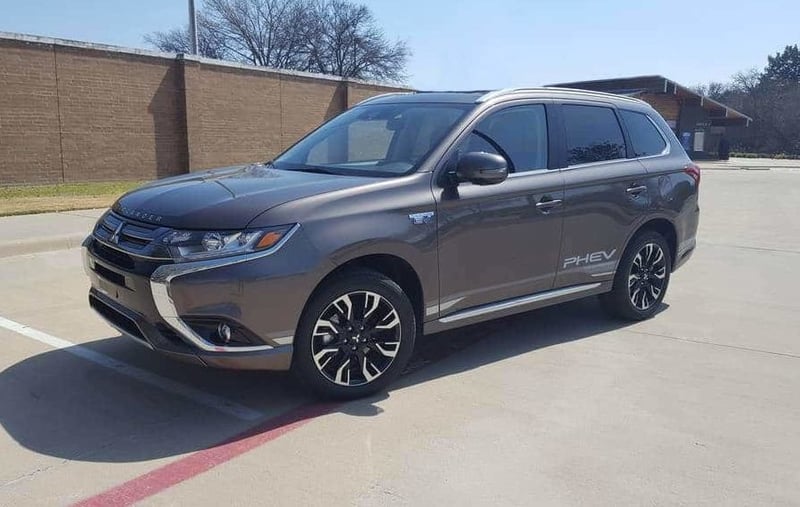 From just about every angle, the bulky, long-nosed Mitsubishi Outlander lacks luster.

Though not grossly unattractive like several overly busy Japanese crossovers I can think of, the mid-size Outlander just doesn’t snap or pop.

It needs strut and shine.

This year, the Outlander – Mitsubishi’s top-selling vehicle – might get it, particularly if you find a shade of green appealing.

They refer to Plug-in Hybrid Electric Vehicle, a dense, often indecipherable term that little Mitsubishi – with sales of only 104,000 vehicles last year – makes even more complex.

Here’s the shocking part of this, though, no pun intended: It works so well that even with its eye-opening $42,000 window-sticker before tax credits, the PHEV (which I pronounce FEV) is vastly more distinctive than a regular Outlander – plus it’s got a longer name: Outlander PHEV GT S-AWD.

(I sure hope I’m not getting too green here, incidentally. I might have to surrender my gas-swilling Boss 302 Mustang.)

However, I really did kind of like the silvery-brown FEV I had recently – and I have not been a fan of Mitsubishi since they killed off the wild-child Mitsu Evo sedan.

Squint a bit and the FEV’s thick looks seem OK. Its hefty, protruding front end, for example, sported a nicely curved chrome grille that wrapped around into trim headlamps.

Clumsy front fenders that hung too far ahead of the tires and wheels merged with flat, heavy-looking sides that featured big doors and a couple of decent character lines.

Granted, it’s no beauty, but the all-wheel-drive FEV’s ordinary sheet metal covered a complex, high-tech powertrain that was pretty appealing.

Like most hybrids, the FEV relies on gas and electric motors for motivation – in this case, a 2-liter four-banger and two 60-kilowatt AC electric motors -- but then it veers off in a different direction.

The gas engine exists mainly to power a large generator that shoots juice to the battery and electric motors in front and back, and to occasionally supplement the sparkers – similar to the Chevy Volt.

It can be driven as a pure electric (with a range of 22 miles), as a series hybrid where the gas motor provides charging for the electrics, or as a parallel hybrid in which the gas engine joins the electric motors for max performance.

Whew. If the battery that powers the 4,300-pound Mitsu runs low, you can plug into an outlet at home to recharge it (an 8-hour process) or wait for the gas engine to do the job for you.

I mostly drove the FEV in series-hybrid form, where it felt more like an electric vehicle than a hybrid.

While not fast by any stretch, it seemed quick, taking off from red lights and stop signs with the instant satisfying surge of torque that electric motors produce.

Stay on the gas long enough and the four-banger kicks in, helping push the porky Mitsu to 60 in a casual 9.2 seconds, according to Car and Driver, with a total of 197- horsepower.

At least I didn’t have to tolerate the drone from a continuously variable transmission (CVT) like most hybrids because the FEV has no transmission, spinning the wheels with direct drive. (You still get park, reverse and neutral, of course.)

The feds’ confusing ratings claim the FEV should get around 25 miles per gallon with the gas engine, and as much as 74-mpg on gas and electricity. As far as real-world economy, your guess is as good as mine.

I can tell you, though, that the FEV glides quietly over smooth roads, but moves around some on rough city streets.

Moreover, it leaned in moderate-speed corners and its steering was a bit slow, though it did have some road feel, and yet, it really was kind of pleasant to drive – more interesting and useful than a Toyota Prius, I thought.

Likewise, the dark-brown interior in my FEV felt slightly dated with its large center-stack and gray headliner but seemed plenty adequate. (Mitsu is not exactly flush with cash, after all.)

A mostly flat black dashboard, for instance, rolled down onto a dark-brown mid-dash and around the hefty center-stack, which offered a 10-inch display screen and buttons and knobs for all the major controls.

It also had Apple CarPlay and Android Auto capabilities, while the door panels looked nicely finished with black plastic tops and padded and pleated dark-brown centers.

The seats were even better, stitched in smooth dark-brown leather, providing good leg room and slightly limited head-room in back.

I can’t even guess what sort of demand there will be for the FEV in hybrid-indifferent America, but Mitsubishi claims it is the best-selling electrified crossover in the world, with buyers in Europe snatching up every one Mitsu can build.

It is certainly Mitsubishi’s best-developed vehicle and that is a major step forward for long-struggling Mitsu. 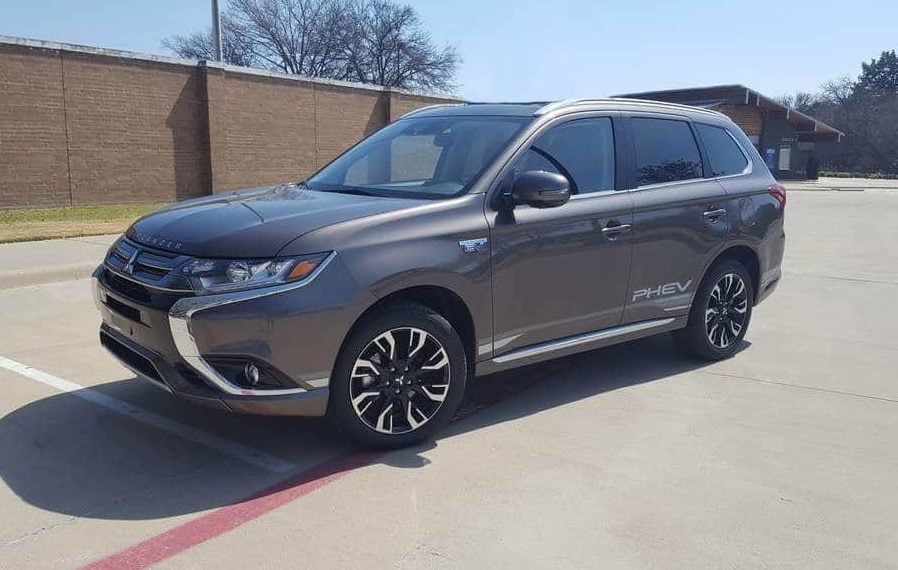 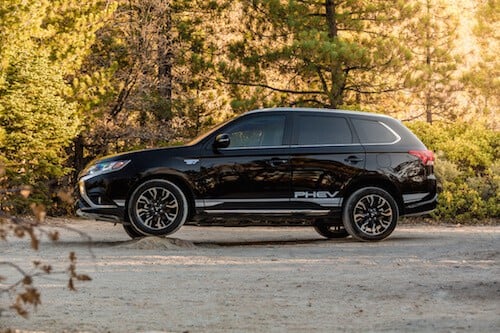 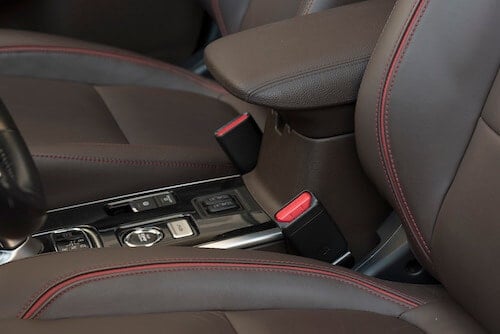 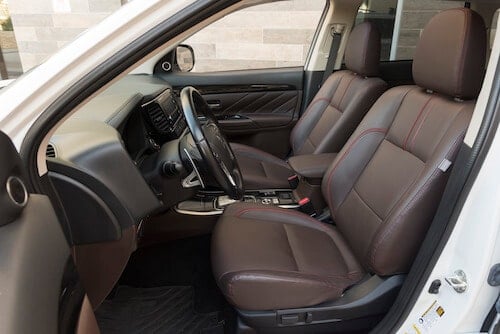 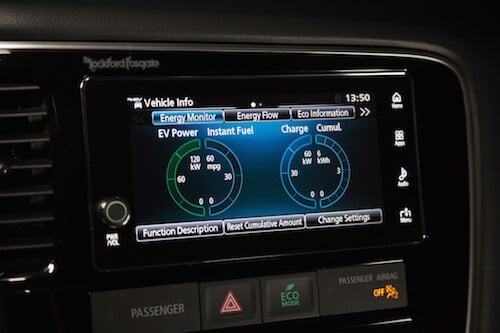 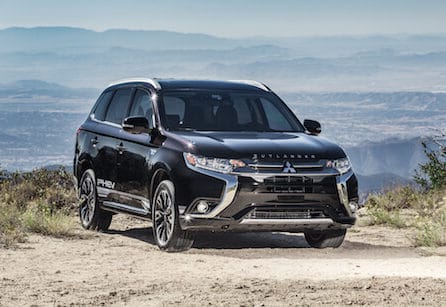 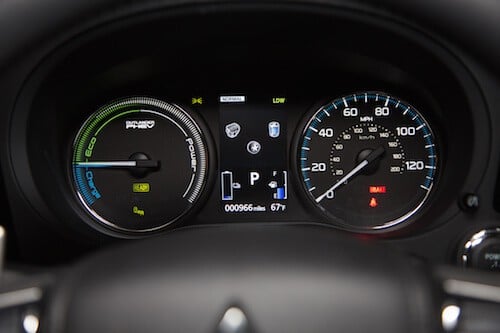 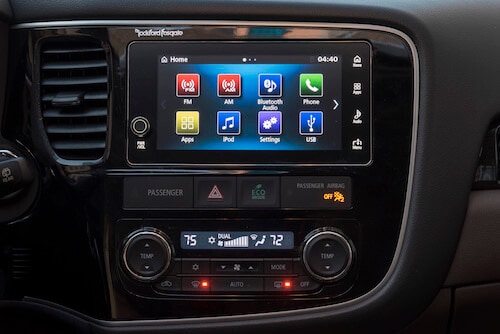 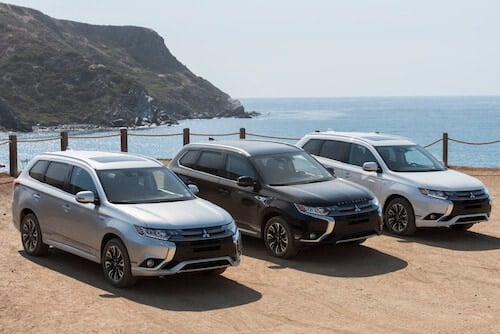 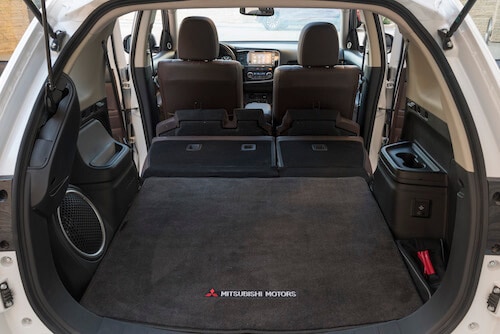 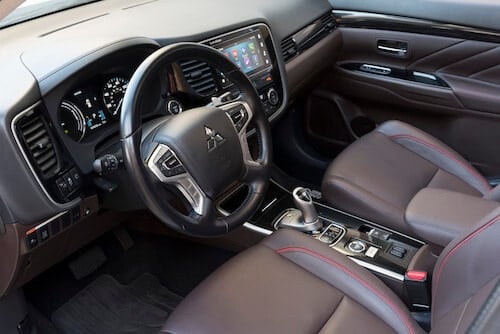